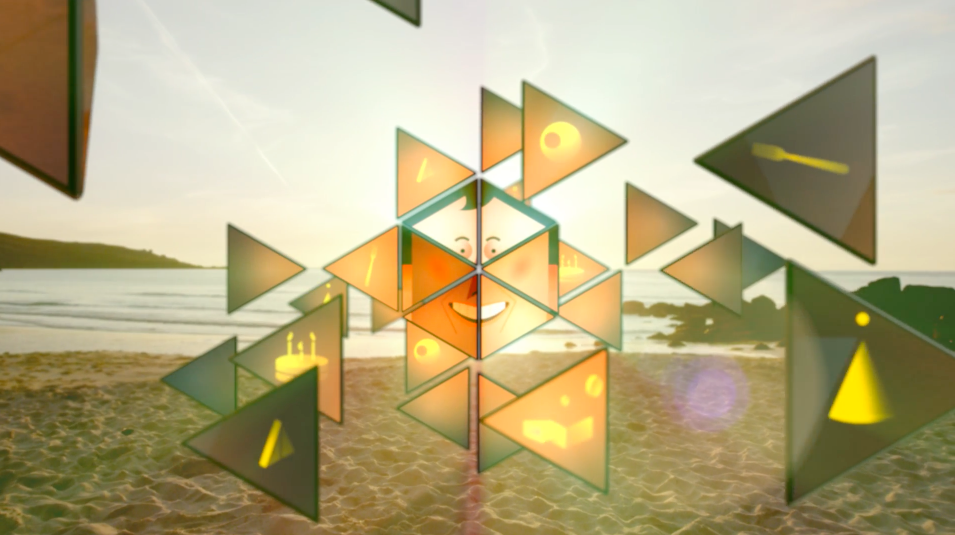 Animation and sponsored filmmaking has gone hand-in-hand since the very early days of cinema. Because Britain’s animation industry is relatively small, and has often been starved of financial support to produce independent work (apart from a giddy period of Channel 4 funding in the 1980s and 90s) it has had to rely on corporate work to make ends meet.

To give one example, just a year after directing Yellow Submarine in 1968, George Dunning was working on Hands, Knees and Bumps a Daisy, a health and safety film for the National Coal Board. Such corporate gigs are an important but often under-recognised part of a director’s career, a playground for testing out new ideas and designs, or an opportunity to continue to explore themes from more personal works.

I have been following the work of the immaculately named Mikey Please since I first saw The Eagleman Stag, his 2010 graduation film from the Royal College of Art (RCA) which went on to win the BAFTA for Best Short Animation. This tipped me off to his role in the Spectrum Portraits project, a series of short biographical films about people cared for by the Cornwall-based charity Spectrum, a specialist care provider for people with Autistic Spectrum Disorders. 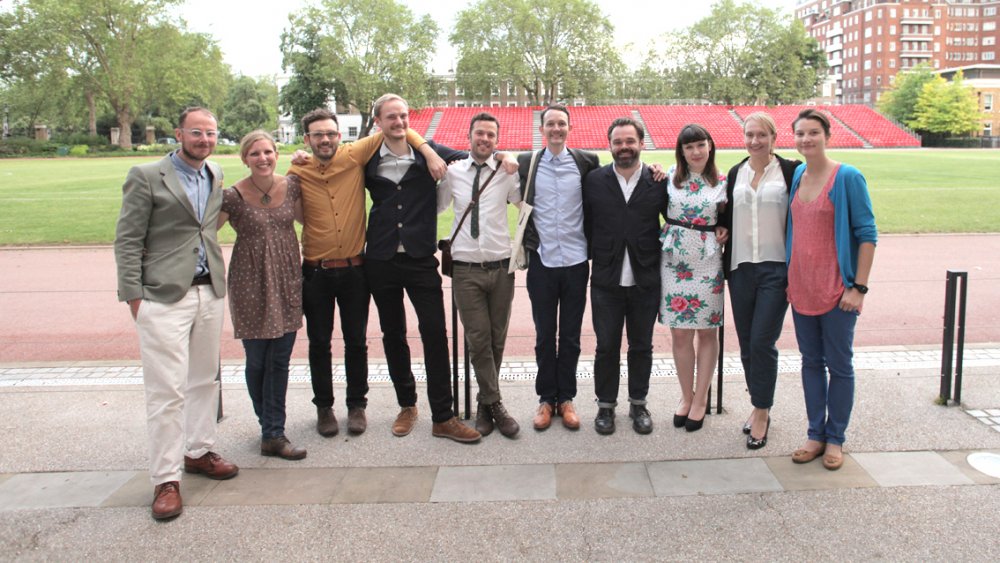 The project was curated by Art & Graft (another good name), an East London-based animation and live-action studio. They had already produced a promotional film for Spectrum, but decided that these shorter portrait films would offer a great opportunity to reach out to the animation community for new perspectives.

The directors they selected were brought together to discuss the project, and they all visited Spectrum to meet their subjects. They were given script ideas in various forms, and had to limit their film to one minute in length, but were otherwise handed free reign. The resulting five films are all different in style and technique, but fit beautifully together to make a compelling exhibition for Spectrum and the talents involved.

Martyn, the film that Art & Graft took on for themselves, mixes animation and live-action through a simple but effective geometric design that is a fundamental part of the film’s narrative. The design also cleverly riffs on the logo that Art & Graft had made for Spectrum, and like all the films it packs so much detail into its short duration that it demands multiple viewings.

Claire, by Matthias Hoegg (another RCA graduate and BAFTA nominee), is probably my favourite of the bunch. His subject learned to speak by listening to old records, and Matthias made the inspired decision to use this small aspect of her biography to give form, narrative and design to his film. The skipping record and the looping actions match Claire’s need for routine.

Michelle is another winner, with director Kristian Andrews (yet another RCA alumnus) evoking his subject’s own art as an inspiration to portray her subjective view of the world. At the end of the film he switches to his more usual style of observational drawing (as showcased in 2008’s remarkable Rabbit Punch), neatly illustrating Michelle’s new control over her obsessions.

Ian, by the Parisian collective UFO, also creates a moving visual impression of their subject’s point of view. The little things that are often overlooked or taken for granted loom large in the life of Ian, literally carrying him away.

Finally (although I hope the project will continue), Mikey Please’s Steven offers an interesting adjunct to his previous work, marking his first real venture into 2D animation. Earlier this year Mikey released a ‘making of’ film for the The Eagleman Stag, which beautifully illustrates how he makes his models and the stop-motion process. Perhaps unsurprisingly, Mikey’s 2D has a chunky 3D feel to it, enhanced by a beautiful colour palette and the remarkable characterisation he achieves from his simply drawn character of Steven.

Thanks to the assistance of Art & Graft, all of the films are now held in the BFI National Archive, alongside The Eagleman Stag and two earlier Matthias Hoegg films, plus another great animated film on the same subject, A Is for Autism (1992), and, of course, Hands, Knees and Bumps a Daisy.