A unique showcase for silent films from around the globe, this year’s edition of the annual Pordenone Silent Film Festival in Italy kicked off with a newly discovered film by George Méliès and a hilarious 1928 comedy starring Marion Davies. BFI curator Nathalie Morris selects her highlights so far. 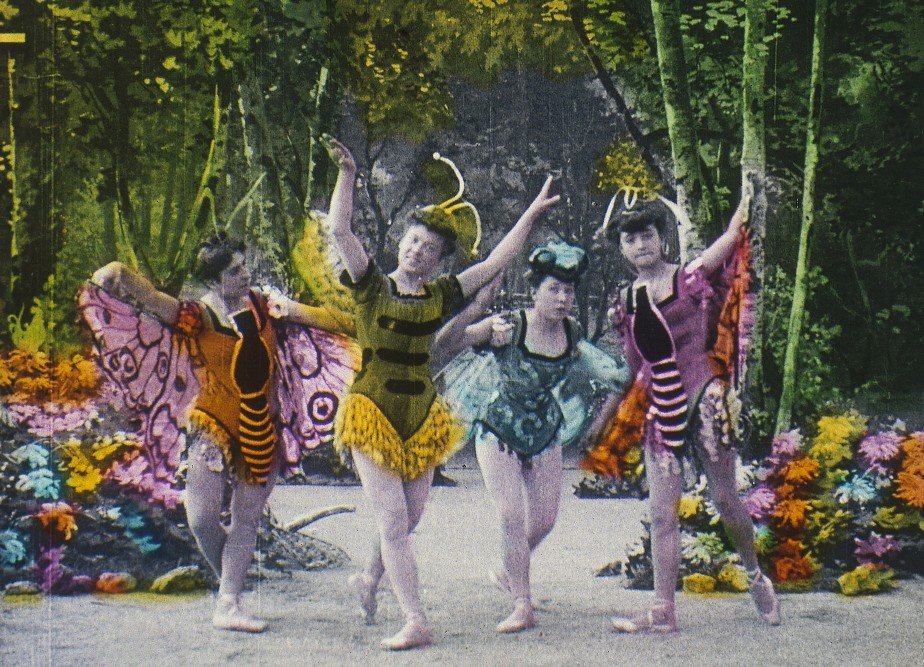 The Giornate del Cinema Muto, held in Pordenone in northern Italy is a mecca for silent film fans. Although other film festivals such as Bologna’s Cinema Ritrovato and our very own BFI London Film Festival showcase silent rarities and new archival restorations, the Giornate is unique in that serves up eight very full days of silent films, taking in everything from early shorts, newsreels and advertisements to late silent features from all around the world.

Screenings are held primarily at the shiny new Teatro Verdi and musical accompaniment is provided by a host of world-class musicians. Between screenings an international band of historians, archivists, academics and cinephiles gather in the bar opposite the theatre to mull over the programme, enthuse over new discoveries and critique disappointments over an espresso or the de rigeur Aperol spritz.

We’re halfway into the 31st festival and there’s already been plenty to enjoy. The centrepiece of opening night was a double bill of George Méliès’s recently rediscovered Robinson Crusoe (1902) and King Vidor’s The Patsy (1928). Made just a few months after A Trip to the Moon, Robinson Crusoe is a 12-minute pocket version of Defoe’s classic tale complete with glorious hand-colouring, elaborately staged special effects and Méliès himself in the title role. 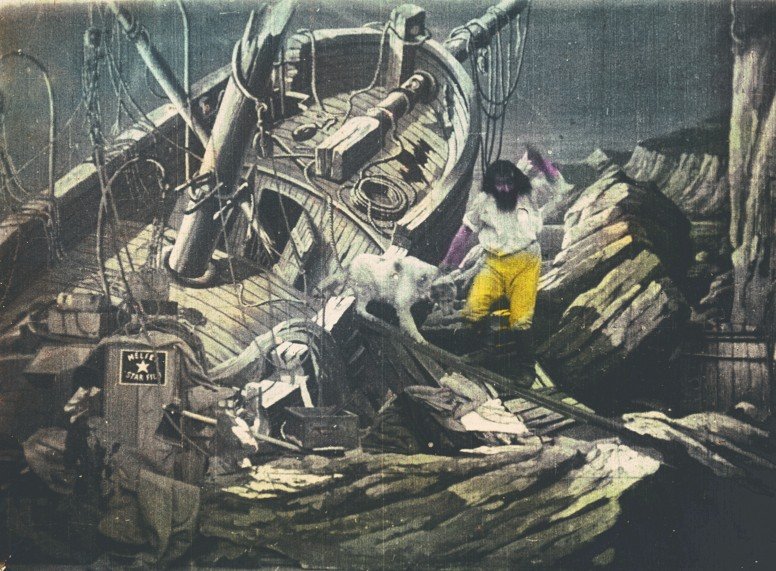 While the visual spectacle of Crusoe had the audience in raptures, The Patsy had us in stitches. Marion Davies’s talents as a comedian have been largely overshadowed by her association with the fictional character of inept opera singer Susan Alexander in Citizen Kane (Orson Welles later apologised for his unfair depiction of Davies). The Patsy demonstrates how much of a shame this is, particularly in one of the film’s most famous scenes in which Davies skilfully and hilariously impersonates three of the biggest stars of the time: Mae Murray, Lillian Gish and Pola Negri.

As if this wasn’t enough, the first evening was rounded off by yet another comedy, A Will and a Way, one of a series of adaptations of the stories of the once hugely popular Wapping-born author WW Jacobs. Made in Britain between 1922-4, these films are quirky and beautifully photographed tales of sailors, ships’ boys, school teachers and publicans getting into all manner of amusing scrapes.

My favourite of these is The Boatswain’s Mate, in which an ex-boatswain hopes to win over the object of his affections (played by yet another talented comedian, Florence Turner) by arranging for her to be burgled so he can heroically come to the rescue. Things backfire when she proves more than capable of defending herself before eventually falling for the handsome (and now slightly bruised and battered) would-be burglar. The film played at this year’s British Silent Film Festival and I’m looking forward to another chance to see it when it closes the Giornate on Sunday.

Each year the festival features a number of different strands, and alongside regular programmes such as ‘The Canon Revisited’ and ‘Restorations and Rediscoveries’, this year also sees an extensive Dickens programme, a focus on the work of Soviet actress Anna Sten and a look at William Selig, one of the lesser known founders of the American motion picture industry. 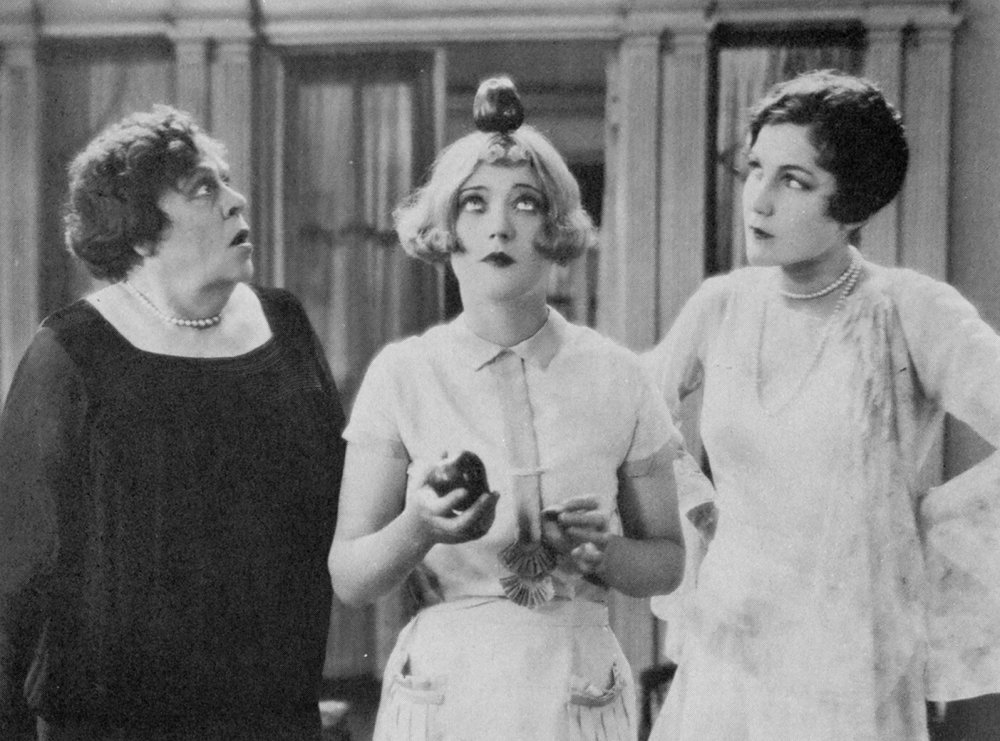 Selig was instrumental in developing both the western and the jungle-adventure film and worked extensively with cowboy Tom Mix and the first serial heroine, the fearless Kathlyn Williams (The Adventures of Kathlyn), seen on Tuesday as both a lion-taming circus queen in Thor, Lord of the Jungle (1913) and later in the day as the infinitely more regal Queen of Spain in The Spanish Dancer (1923).

Like the Giornate itself, the Dickens programme is part-pleasure, part-endurance test. Around 100 Dickens adaptations were made in the silent era alone and one of the beauties of the festival is the chance to see a host of rarities sourced from archives around the world. The BFI ran its own three-month season looking at Dickens on Screen earlier this year, and the Giornate programme offers the opportunity to see an even wider range of material from the UK, the US, France Germany, Hungary, Russia and Denmark.

The programmes have been largely structured by title to enable productive comparisons to be made between versions, so Frank Lloyd’s 1922 American adaptation of Oliver Twist, with Jackie Coogan in the title role, is programmed next to Marton Garas’ 1919 Hungarian version, Twist Oliver. In true Giornate style (ie for hardcore silent cineastes), a two-hour-plus evening screening of a Danish Our Mutual Friend (1921) is being billed as a ‘reference screening’, missing as it is at least 45 minutes at the end.

My personal highlight of the Dickens programme so far was the rare opportunity to see a 1917 British version of Dombey and Son, the print of which is held by George Eastman House in Rochester, New York. Controversial at the time of its release for transposing Dickens’ novel to contemporary times, the film was directed by the hugely prolific and unfairly disparaged Maurice Elvey, and penned by Eliot Stannard (later screenwriter of Hitchcock’s earliest films). It proved to be skilfully constructed and well-directed, with great performances from its two female leads, Lilian Braithwaite and Odette Grimbault (later Mary Odette) as, respectively, the patriarchal Dombey’s feisty second wife, Edith, and his sweet and long-suffering daughter, Florence. 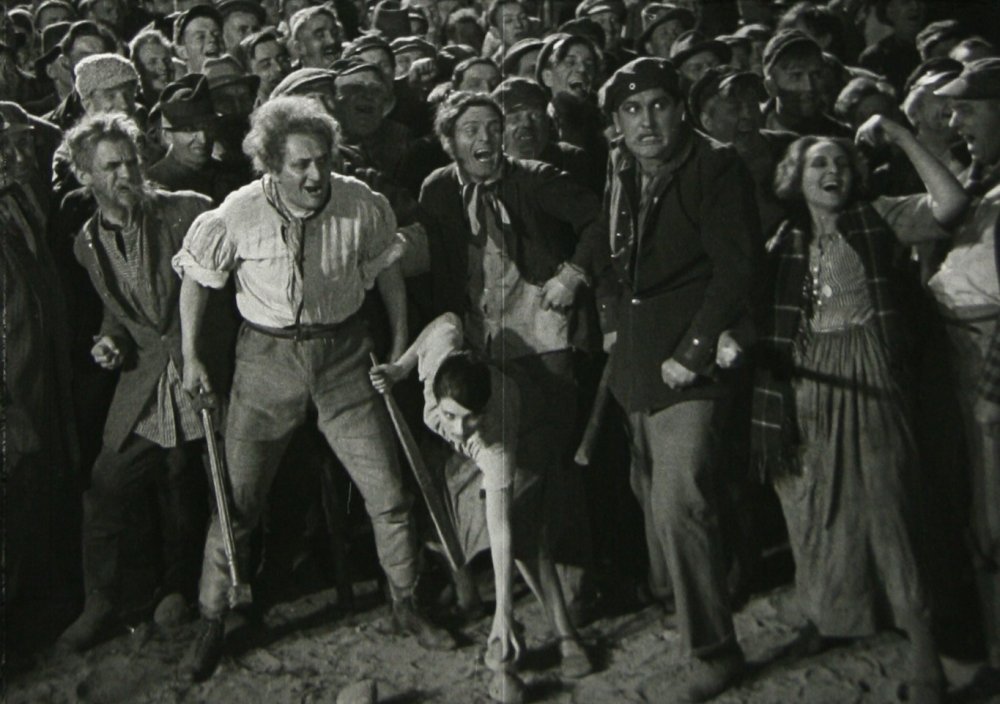 Other highlights so far include Die Weber (1927), a rousing German tale of the 1844 weavers’ revolution, historical romp The Spanish Dancer, starring Pola Negri and Antonio Moreno, and The Goose Woman (1925), directed by Clarence Brown and starring Louise Dresser as an alcoholic ex-opera singer who pretends to have witnessed a murder to get her name back in the papers.

All three played had exceptional musical accompaniment, with revolutionary songs for Die Weber; and an ensemble featuring Spanish guitar, piano and viola for The Spanish Dancer. Stephen Horne performed solo for The Goose Woman, during which he demonstrated his usual dexterity, sensitivity and inventiveness by combining piano music with carefully chosen sound effects (scraping piano strings proved excruciatingly effective in the scene in which the Goose Woman’s wrongly suspected son is interrogated by nail-filing, gum-chewing and coin-jangling police officers). I’m now even more eagerly anticipating Horne’s new score for The Manxman, which will be the BFI London Film Festival Archive Gala on Friday 19 October.

Comedy seems particularly strong this year. On Monday we were treated to an afternoon of what amounted to a series of extended cinematic mother-in-law jokes (this was much more entertaining than it sounds), while Clarence Badger’s Hands Up! (1926), an irreverent and witty tale of skulduggery during the American Civil War with the sadly forgotten Raymond Griffith, proved worth staying up late for on Tuesday night. 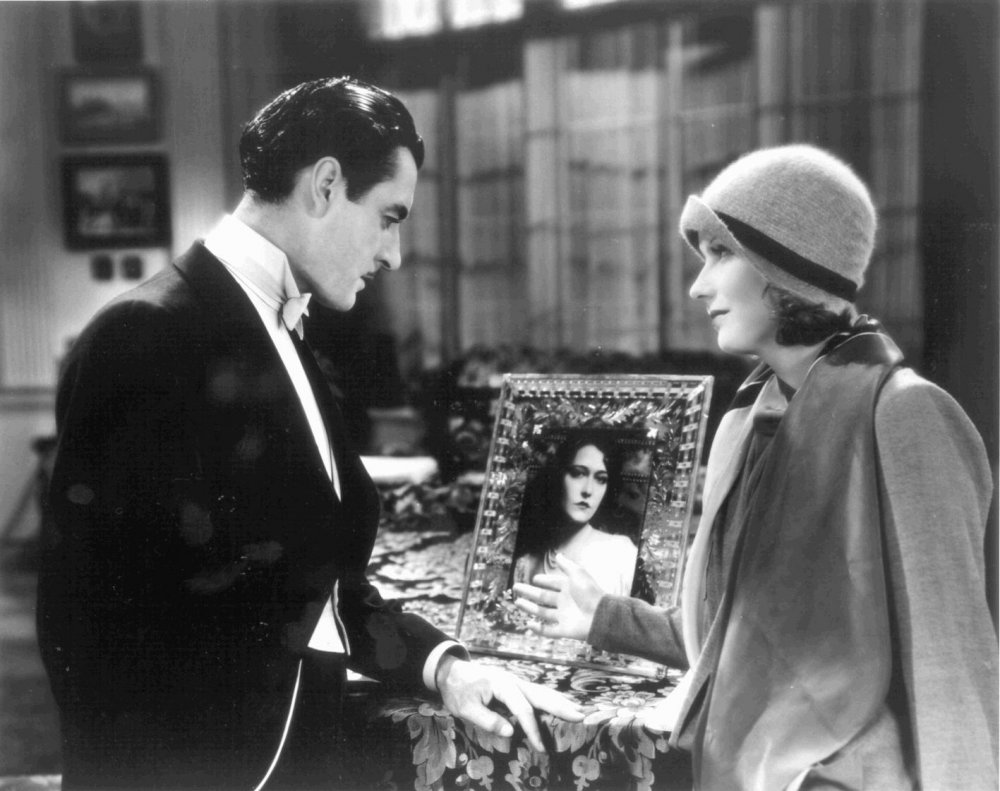 For the past six years the festival has worked with local schools to introduce young musicians to working with silent cinema with A colpi di note (Striking a New Note). The project focuses on some of the classics of silent comedy – Buster Keaton is a perennial favourite (the students get to vote on which films they want to play to) – but this year it was the turn of Laurel and Hardy with Leo McCarey’s We Faw Down (1928) and Liberty (1929), both of which worked beautifully with the disciplined yet mildly anarchic sounding recorders, glockenspiels and other instruments of the school orchestra.

A colpi di note shows just one of the ways the Giornate tries to introduce new generations to silent film. Now in its fourth decade, and despite difficult financial times, the festival shows no sign of flagging. Each day has seen packed cinemas, with a healthy mix of long-standing regulars and newer subscribers.

And there are still plenty of treats to come with special performances of The Passion of Joan of Arc (1928) this evening and the closing night gala, A Woman of Affairs (1928), featuring the heavenly pairing of Greta Garbo and John Gilbert. Today I’m hoping to catch Anna Sten in Moi Syn (1928); The Spoilers (1914), the first feature-length film made in America; and some early shorts featuring hopeful house-hunters visiting the flat from hell (Appartement à louer, 1906), the terrifying consequences of eating too much cheese (Dream of a Rarebit Fiend, 1906), snake charmers (Charmeurs de serpents, 1903) and giant butterflies getting their own back on a cruel entomologist (La Peine du talion/Tit for Tat!, 1906).