“It’s so metaphorical,” reckons the protagonist of Parasite. Director Bong Joon Ho, the man who cast US-Korean relations as a giant mutant tadpole, is a master of movie metaphor – but does he prefer them controlled, or running wild? 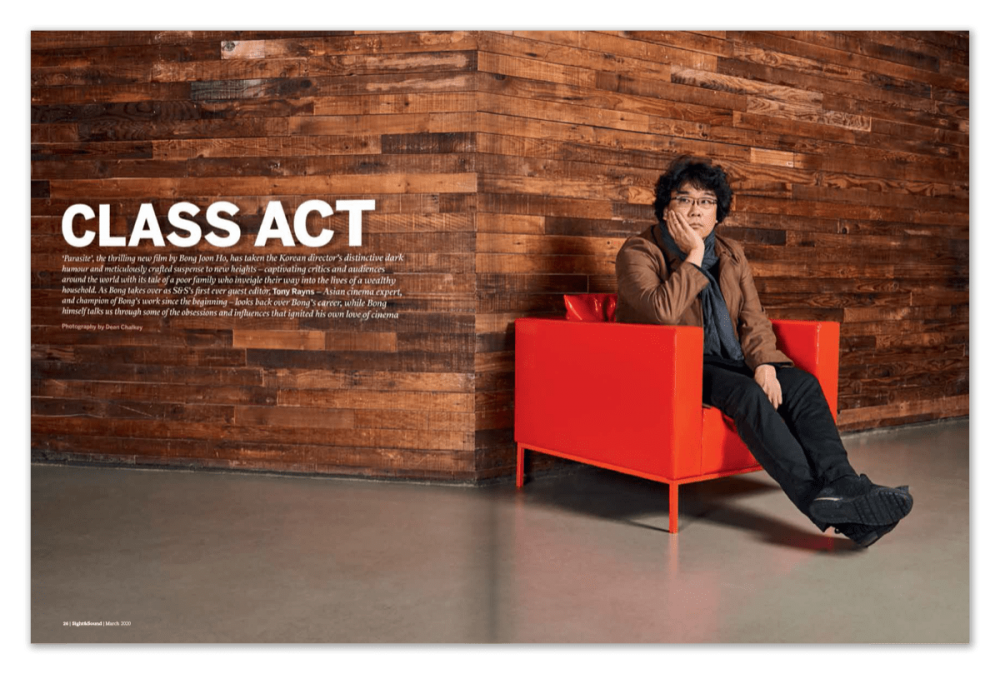 Parasite, the thrilling new film by Bong Joon Ho, has taken the Korean director’s distinctive dark humour and meticulously crafted suspense to new heights – captivating critics and audiences around the world with its tale of a poor family who inveigle their way into the lives of a wealthy household. Tony Rayns – Asian cinema expert, and champion of Bong’s work since the beginning, Tony Rayns looks back over his career, while Bong himself talks us through some of the obsessions and influences that ignited his own love of cinema. 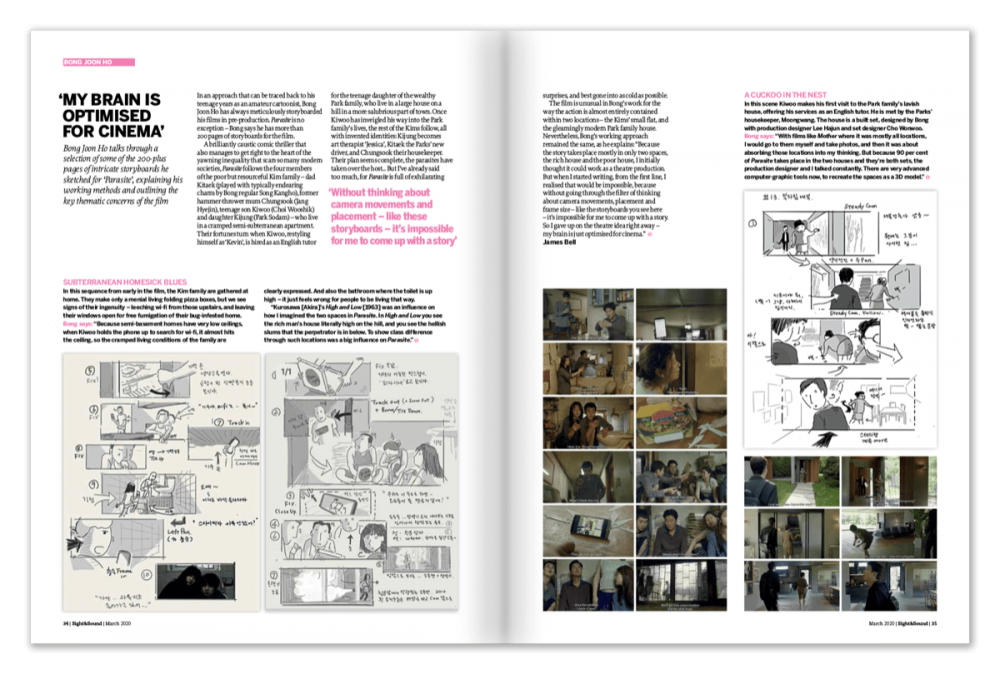 “My brain is optimised for cinema”

Bong Joon Ho talks through a selection of some of the 200-plus pages of intricate storyboards he sketched for Parasite, explaining his working methods and outlining the key thematic concerns of the film. 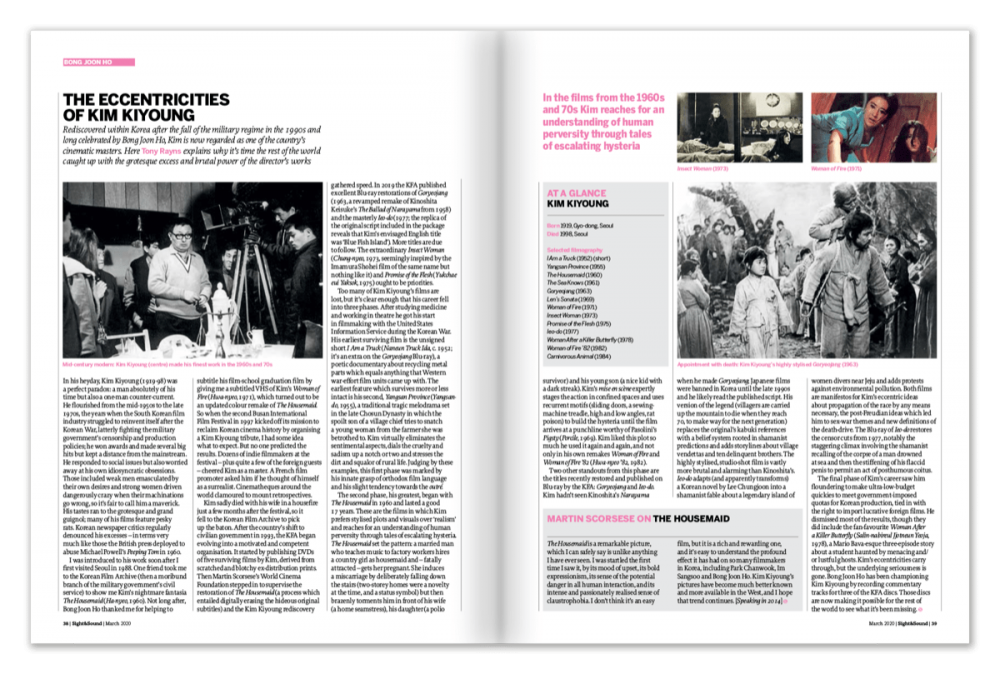 “Kim Kiyoung is truly a master”: Bong Joon Ho on The Housemaid

Parasite owes a major debt to Kim Kiyoung’s shocking 1960 study of class and desire, The Housemaid. Here Bong Joon Ho explains how he first discovered what is now widely regarded as Korea’s greatest ever film.

+ The eccentricities of Kim Kiyoung

Rediscovered within Korea after the fall of the military regime in the 1990s and long celebrated by Bong Joon Ho, Kim is now regarded as one of the country’s cinematic masters. Here Tony Rayns explains why it’s time the rest of the world caught up with the grotesque excess and brutal power of the director’s works.