Who You Think I Am review: Juliette Binoche fakes it for love

Binoche reinvents herself online as a much younger woman in this none-too-subtle addition to the ‘cougar’ cycle.

► Who You Think I Am is streaming on Curzon Home Cinema 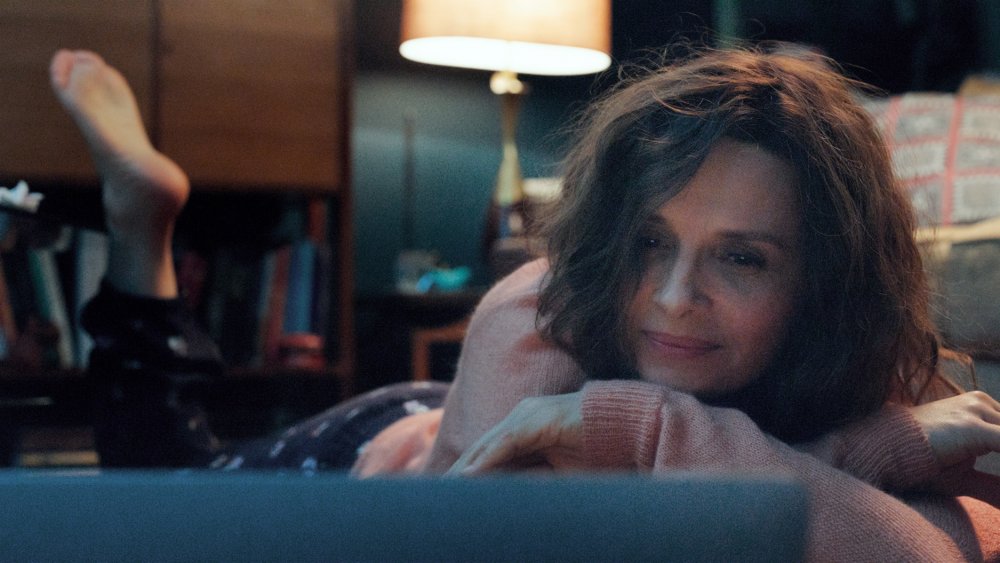 There is something initially promising about this story of a middle-aged university lecturer, Claire (Juliette Binoche), who reinvents herself online as the gorgeous young ‘Clara’, on the rebound from disappointing men. The film begins with a passionate sex scene between Claire and her younger lover, Ludo (Guillaume Gouix); but he soon ditches her over the phone. From conversations with her two adolescent sons, we understand that her separation from ex-husband Gilles (Charles Berling), now with another woman, has been rancorous. This sets the scene for Claire’s virtual seduction of Alex (François Civil), Ludo’s even younger business partner.

For a while, it looks as though Who You Think I Am is going to comment on the unbalanced power relations between men and women, which see older women relegated to the scrapheap while older men enjoy younger women – as one of Claire’s friends says, “You say cougar for a woman, but what is the word for a man?”

Unfortunately, and despite Binoche’s typically nuanced performance, the film’s critique of sexist ageism more or less ends there. As the story unfolds, through her conversations with therapist Dr Bormans (Nicole Garcia), Claire appears increasingly desperate and unsympathetic, her actions amounting to the manipulation of an innocent young man; meanwhile, she is neglecting her children. When she reveals that the photographs of the extremely beautiful ‘Clara’ are of her niece Katia (Marie-Ange Casta), who now lives with her husband, the story becomes a cliché about the revenge of a bitter woman who can’t move on. References to Les Liaisons dangereuses become a none too subtle warning that manipulative women end badly; indeed, after the false dénouement of Alex’s suicide, her own death is one of the endings that emerge through the book Claire writes as part of her therapy.

Despite its subject, the film offers few insights into social media beyond Claire’s description of them as “both shipwreck and lifeboat”, and the visual evocation of a cold, mineral world where technology isolates human beings. Who You Think I Am is based on a novel (by Camille Laurens) which multiplies and contrasts points of view, but director Safy Nebbou’s adaptation flattens out the narrative to Claire’s perspective. The saving grace is that she is incarnated by Juliette Binoche, who needs no younger avatar to be seductive.

Related to Who You Think I Am review: Juliette Binoche fakes it for love