The Umbrellas of Cherbourg archive review: “a glimpse of perfection in an imperfect world” 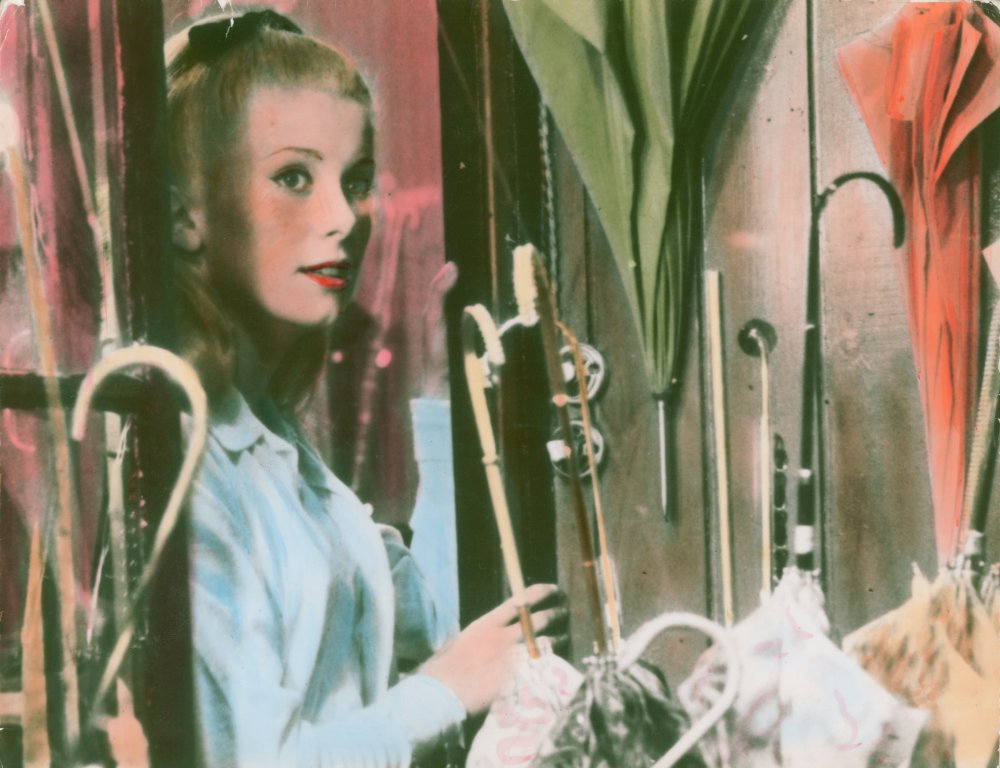 This utterly charming film is such an unequivocal spellbinder that one is tempted to suggest that, at least in the two respects that matter most with musicals (the music and the colour), a French film has finally forced Hollywood into second place.

The Umbrellas of Cherbourg is on re-releaseas part of BFI Musicals! The Greatest Show on Screen.

It is, of course, a matter of taste. There is none of the exuberance characteristic of the best American musicals; unlike them, Demy’s film never, so to speak, explodes. Instead there is sweetness, even sentimentality, with enough of an edge not to merit the epithet sugary. This edge is due to something more than the contrast between what is and what might have been – in any case, an inevitable feature of a story of a lost first love. It is a fundamental aspect of the direct clash between reality and unreality that must happen in a film where all the dialogue is sung.

This clash is what the film is made of, and Demy goes along with it from start to finish. With Lola, in which the now rich Roland Cassard lived his earlier emotional life, Demy presented reality as it might emerge through a dream. Here he gives us the reverse, a romantic dream extended as it were from the realities of life in a harbour town where men and women work in garages, buy and sell umbrellas, and make love.

The Umbrellas of Cherbourg is, in fact, the slighter kind of dream from which the dreamer sooner or later wakens. It is like a glimpse of perfection in an imperfect world. Fundamental to its expression is Michel Legrand’s haunting score – pop music of an unusually personal and complex kind, composed to be successfully sung with a metaphorical catch in the voice, or sweetly squeaked on a pitch sufficiently high to be taken up by the sound of a car screeching to a halt outside the umbrella shop.

In keeping with the film’s technically brilliant air of artificiality are the actors’ faces, never for a moment reflecting the effort of making this kind of noise, and yet creating an effect that would not survive a split second of imperfect post-synchronisation.

Most exciting of all is perhaps the fact that on turning from the music to the very Parisian colour, one finds exactly the same language being spoken. Visually this is a world where pink and brick red come together without actually screaming; where a girl can wear a dress in blue with a mauve floral design to match the wallpaper exactly; where the purchase of a black umbrella, interrupting an early farewell between the lovers, seems not without dramatic significance. In short, the aural and visual tones created by Demy, Legrand and Bernard Evein, are at the same time complementary to each other and abrasively alive enough to carry off the film.

Related to The Umbrellas of Cherbourg archive review: “a glimpse of perfection in an imperfect world”