This true story of Italian gangster Tommaso Buscetta, and how he broke the code of silence, is both too generically familiar and too complex, especially for non-Italian audiences. 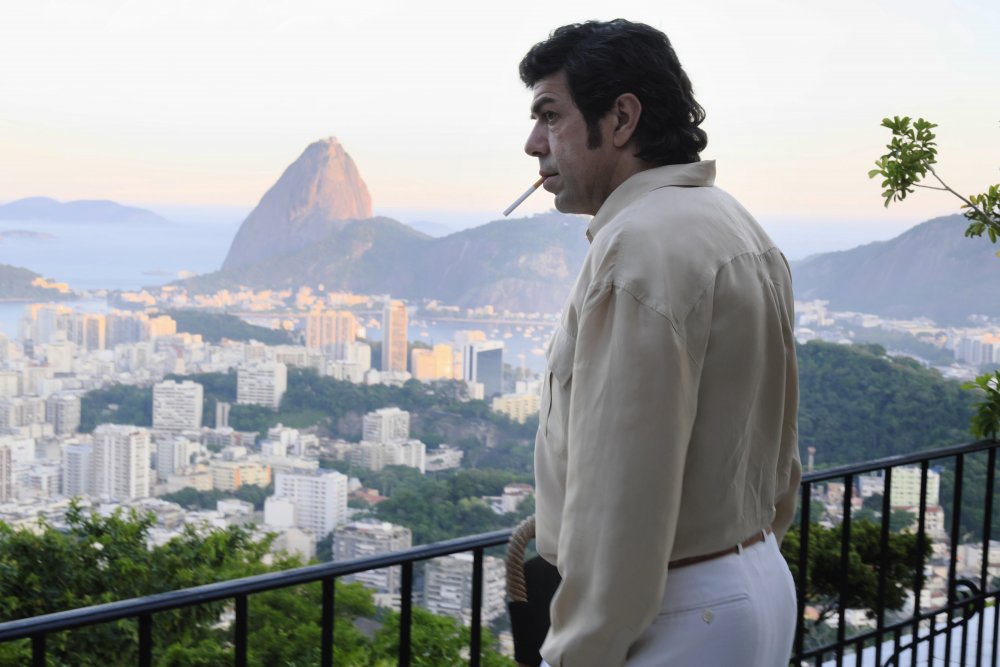 Pierfrancesco Favino as Tommaso Buscetta in The Traitor (Il traditore)

In Italy, an informer against La Cosa Nostra is called a ‘pentito’, a word resonating more with religious than juridical meaning. Penance and forgiveness figure largely in Marco Bellocchio’s new film, but The Traitor is perhaps too indulgent.

The film opens with the festivities of Santa Rosalia in Palermo in the early 1980s, where a gathering of Cosa Nostra families celebrate an uneasy truce. An important member, Tommaso Buscetta (Pierfrancesco Favino), casts a wary eye about, having already decided to relocate to Brazil to avoid confrontation with Toto Riina (Nicola Calì), the leader of the victorious Corleone family. Buscetta’s exit proves timely as a dizzying number of murders are subsequently carried out in Sicily as the Corleones wipe out their enemies, a kill count ticking rapidly on screen. However, the Brazilian authorities soon extradite Buscetta to Italy – following some torture – and here he meets with anti-mafia judge Giovanni Falcone (Fausto Russo Alesi), becoming the first high-ranking mafioso to break the omertà and reveal the workings of the Cosa Nostra, leading to the arrest and jailing of hundreds of mafiosi.

Bellocchio has documented the murkier side of Italian history before with his sharply mournful reconstruction of the kidnapping of former prime minister Aldo Moro in Good Morning, Night (2003). But The Traitor feels both too familiar and too baffling, especially for non-Italian audiences. The opening party scene recalls The Godfather; Buscetta’s sojourn in Brazil smacks of Narcos and the assassinations are familiar from Gomorrah. Despite using on-screen titles, copious exposition and occasionally library footage, Bellocchio and his three co-writers struggle to make clear the cobweb of power relations, especially as many figures introduced are immediately killed. Cinematographer Vladan Radovic shoots the first act of the film in half-light, in an overly literal depiction of a man living in the shadows. 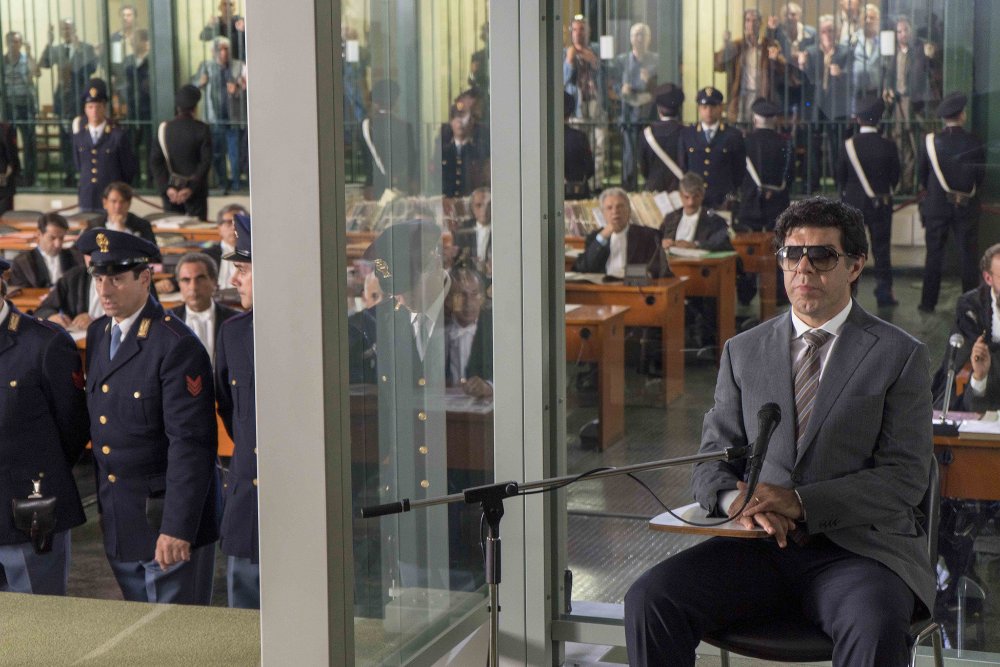 The film picks up significantly with the reenactment of the Maxi Trial, in which hundreds of mafiosi were tried simultaneously and Buscetta gave his damning testimony. In a career-best performance, Favino shines in these scenes, facing off with former friend Pippo Calò (a superbly and ordinarily evil Fabrizio Ferracane) as they both claim to be men of honour. The rest of the accused lurk behind in a row of cages and the judge’s ineffectiveness in controlling the proceedings is a damning illustration of the weakness of the Italian state. When a prisoner smokes cigars because his doctor prescribes them ‘for anxiety’, the judge meekly asks for a medical certificate.

Ultimately, Bellocchio’s portrait of a ‘pentito’ is inevitably ambivalent. Favino’s soulful charisma makes Buscetta an overly attractive figure and the rogues’ gallery against which he is contrasted is to his advantage. And there are certainly heroes in the fight against the Mafia who warrant more praise, such as Paolo Borsellino, the colleague of Falcone murdered soon after Falcone, who doesn’t even get a mention. But the first major legal blow against the Cosa Nostra required not only courageous law officers but also and vitally a bad man doing a good thing and Buscetta – with all his flaws – was that man; the necessary traitor.