Toni Morrison: The Pieces I Am review: a neat portrait of a fearless writer

Rich in anecdote and in its subject’s own charisma, Timothy Greenfield-Sanders’s documentary keeps to its own comfort zone. 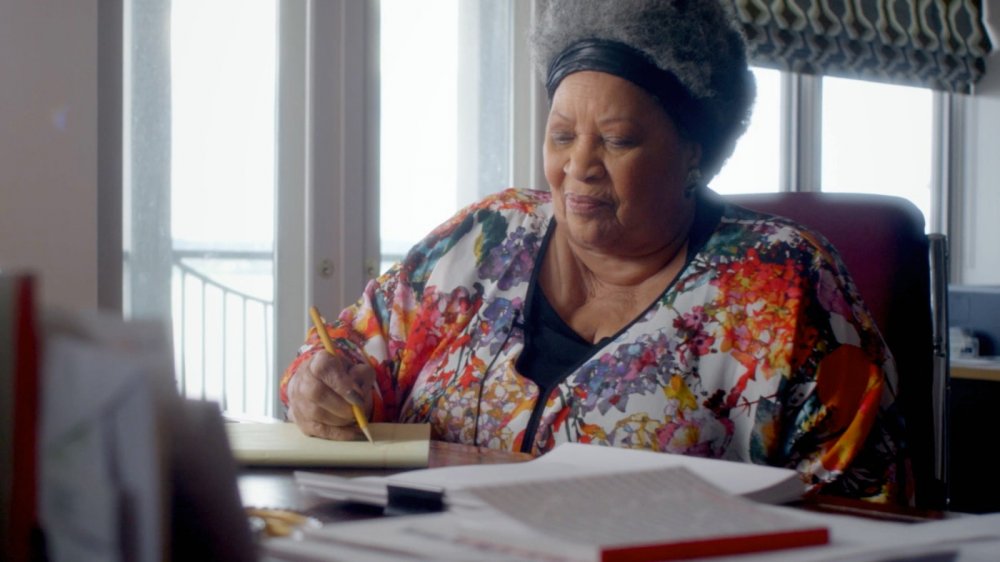 The subject of Timothy Greenfield-Sanders’s handsome, sleek and loving documentary portrait could hardly be more camera-friendly. With her expressive face, steady gaze, mellifluous voice and ready chuckle, Toni Morrison is a joy to watch and listen to – a figure possessed of a charisma so forceful that it’s not hard to imagine another trajectory having placed her on the stage or on the movie screen. From the early lesson about the power of words gleaned from the impact of writing “fuck” on a pavement, through her covert delight at having some of her books banned, to her infectious joy at being awarded the Nobel Prize in Literature in 1993, the anecdotes here feel practised, but rich and sincere nonetheless.

Friends and associates provide context, analysis and praise. The latter commodity is in abundance, and commentators can trespass into hagiography (“If there’s life on Mars, they’re reading Toni Morrison to find out what it’s like to be human,” claims scholar Farah Griffin, while Angela Davis locates Morrison’s 1987 novel Beloved as a turning point not just in US literature but “in the history of the world”).

However, when it dials down the hyperbole the film shows us a complex, tough and ambitious woman – one who questioned whether the pressure on black writers to engage continually with white racism wasn’t in itself racist; who penetrated the heart of the white literary establishment as a senior editor at Random House, and was edited for her whole fiction career by a stalwart of that establishment, Robert Gottlieb, but also used her position to gain book deals for figures such as Davis; and who loved the bells and whistles of success and recognition. “Navigating a white male world was not threatening. It was not even interesting,” she says. “I was more interesting than they were. I knew more.” From a less compelling individual, this would reek of grandiosity, but Morrison makes you thoroughly believe it.

Her radical self-confidence also marks a striking contrast with a contemporary discourse on rights and race that can seem to fetishise and thus reinforce white perspectives by insistently defining the experiences of people of colour through the lens of ‘white privilege’ or ‘white supremacy’. Greenfield-Sanders would have made a more prickly and challenging film if he’d teased out some of the debates around race and intellectual culture that have evolved over Morrison’s period of fame; or permitted some harder critical appraisal of her books (all negative reviews are here construed as racist in motivation); or even if he’d had her in discussion with some of the other talking heads, rather than charming the camera only.

Still, if this film plays it a little safe, it remains a deeply engaging tribute to a woman who did not.

Related to Toni Morrison: The Pieces I Am review: a neat portrait of a fearless writer