Juliette Binoche plays the daughter and Ethan Hawke the son-in-law in this naturalistic drama of a family at odds over the mother’s euphemistic memoir. 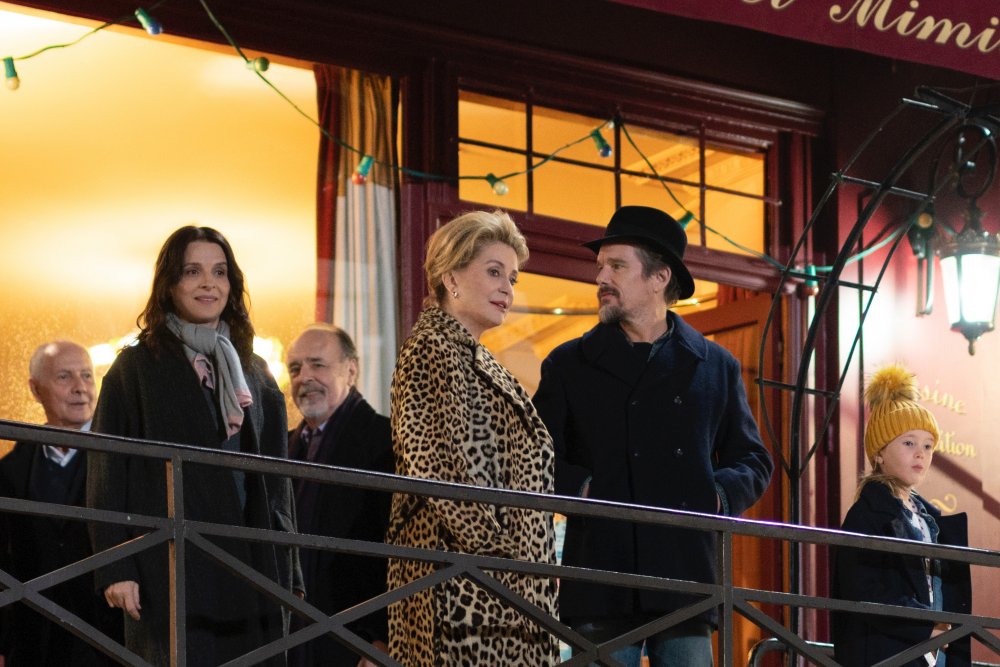 Juliette Binoche as Lumir, Catherine Deneuve as Fabienne Dangeville and Ethan Hawke as Hank in The Truth

Koreeda Hirokazu’s French adventure may not be his most powerful or original film but it’s a substantial success, not least because he’s brought a lot of ideas and motifs from his Japanese films to the party. The Truth consolidates the shift in his recent work to looser and more conceptual plotting, but it also reaches all the way back to his second feature After Life (1998) for some wry reflections on summing up life trajectories and the practical uses of artifice. As the work of a director working for the first time outside his first language and his own culture, it’s at least as assured as Like Someone in Love (2012), the film that Abbas Kiarostami made in Japan.

Catherine Deneuve plays Fabienne Dangeville, a ‘sacred monster’ of French cinema, a veteran star whose thoughtless, self-serving egotism masks deep insecurities about the final phase of her career and her acting skills. She sparks the dynamics of the plot in two ways: by publishing a less-than-truthful autobiography entitled The Truth, which ruffles many feathers, and by accepting a senior role in a sci-fi movie and then needlessly giving a hard time to her director and her co-star.

The person most outraged by the book is her daughter Lumir (Juliette Binoche), who has always felt that she was better ‘parented’ by her mother’s friend and rival Sarah than by Fabienne herself, but it’s Lumir, a US-based screenwriter, who effectively repairs all the damage by writing lines for Fabienne to apologise to those she has upset. In the process, Lumir’s own relationship with Fabienne starts to come right – even when Fabienne detaches herself from their moment of reconciliation to reflect that she could use the emotion she’s feeling as a performance strategy.

Koreeda has no pretensions to uncovering deep truths about ‘truth’ or about real and feigned emotions. His treatment of the lies and evasions in Fabienne’s autobiography is broadly comic, and a strand of backstory about her relationship with a former rival never escalates into the melodrama that it briefly threatens to – though it’s neatly dovetailed with the issue of her jealous reaction to a young co-star in the movie she’s seen shooting. 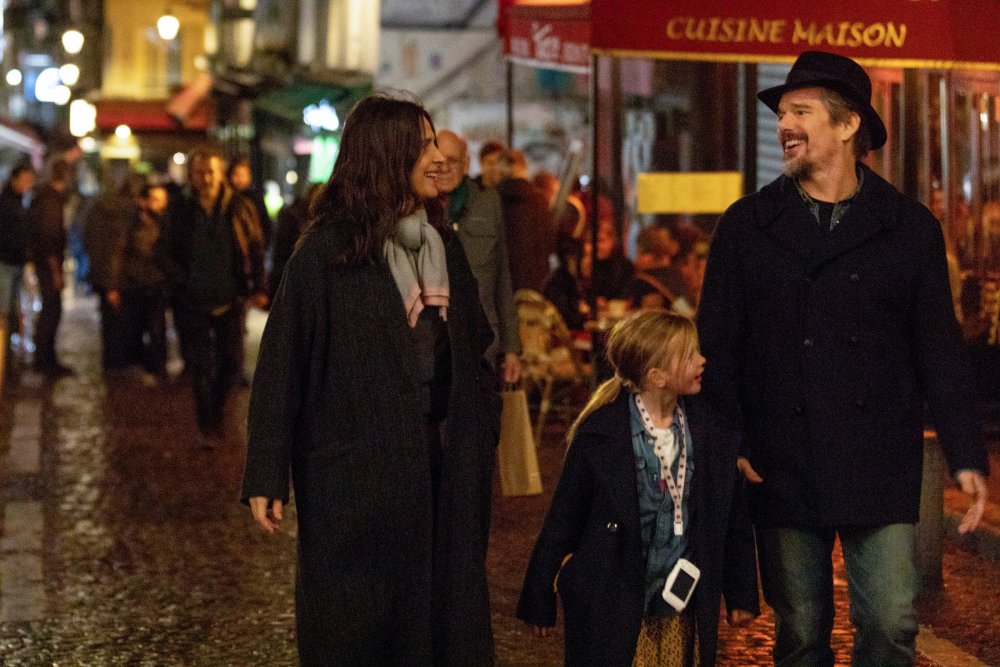 The Truth stays light on its feet by contrasting Fabienne’s otherworldly self-regard with the very ordinary domesticity of Lumir and her American husband (Ethan Hawke) and daughter (Clémentine Grenier); Koreeda typically uses the child’s gaze as a leveller and the child’s innocent questions as the oil on the troubled waters of family tensions. The question of retirement from work is handled equally deftly in a couple of scenes between Fabienne and a favourite restaurateur who’s giving up his day-job. The flow of incidents throughout is naturalistic and free from hyped-up climaxes.

To give the whole thing a conceptual framework, Koreeda turns (as he did in After Life) to the terrain vague between life-as-lived and life-as-theatre. The one clearly symbolic motif is the broken toy theatre which the young Charlotte finds hidden amongst her grandmother’s possessions; it’s eventually repaired by Fabienne’s ex-husband Pierre, a charming old hippie who turns up at the house unannounced and then disappears just as quietly. The movie that Fabienne has signed up to appear in is a sci-fi story (it’s based on something by Chinese-born American writer Ken Liu, an on-trend choice) and the shooting in Epinay Studios involves a lot of green-screen work which makes the studio scenes look and feel ramshackle and ‘artisanal’ – very much like the ad-hoc staging of cherished memories in After Life.

That connection is clinched at the end of the film when Fabienne announces that she’s come up with a good answer to a question that a journalist-fan forgot to ask: what she’d say at the Pearly Gates. We never get to hear what that answer is, but her confidence that she’s found it signifies her rapprochement with her family and her acceptance that her life and career are approaching their ends.