Luca Guadagnino’s homage to the classic giallo – with Dakota Johnson’s hexed dancer transposed to punk-era Berlin – is a confoundingly inside-out one, an extended exercise in metafictional annotation that insists on dragging the original’s darkest metaphors into the light. 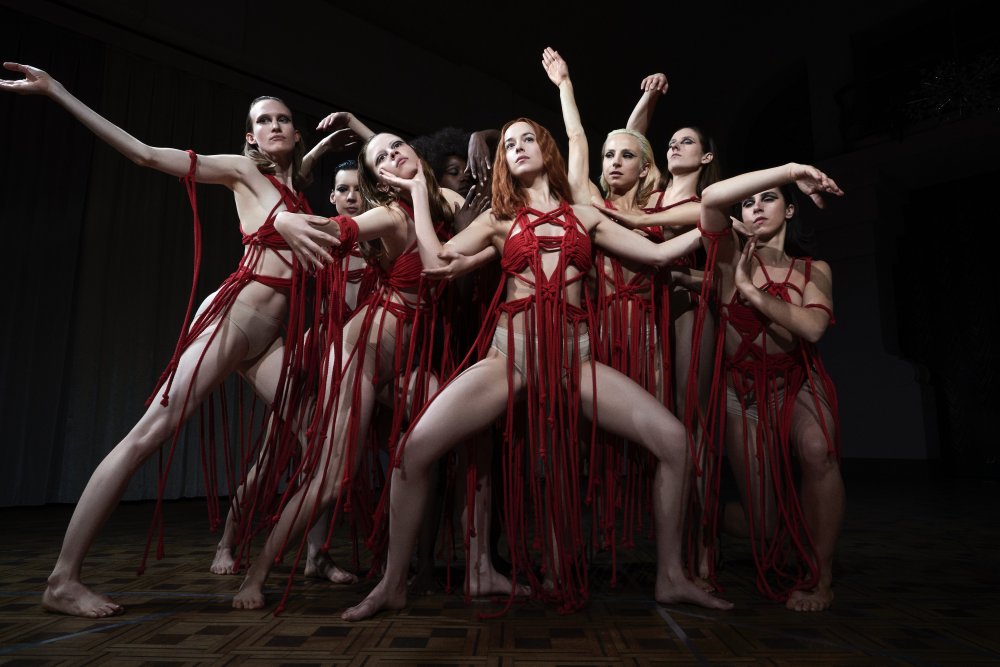 Dario Argento’s landmark, lurid Italo-horror Suspiria becomes a drawn-out descent into the depths of decadence under the direction of Luca Guadagnino. Just don’t call it a remake – Guadagnino himself describes his take as an ‘homage’ inspired by his teenage experience of watching Argento’s film, which he and screenwriter David Kajganich have sculpted into six acts and an epilogue set in Berlin in 1977, the year the original was released. Perhaps the most immediate difference between this new Suspiria and its predecessor is its length. Guadagnino’s version boasts an extra hour of runtime compared to Argento’s trim, minimalist, 100-minute fever dream, and that extra wiggle room is filled with scene-setting, side-plots and new streams of subtext that complement the core narrative of a prestigious dance school supposedly hiding a subterranean, supernatural secret.

The Red Army Faction have a firm grip on headlines throughout Berlin, and there are punks on the U-Bahn. Into this dilapidated city comes Susie Bannion (Dakota Johnson), who enrols in the Markos Dance Academy – which is, to borrow a phrase from Berlin-era Bowie, standing by the Wall. Susie arrives just as another student, Patricia (Chloë Grace Moretz), vanishes after revealing to her elderly psychologist, Dr Jozef Klemperer (‘Lutz Ebersdorf’, aka an uncredited Tilda Swinton in heavy old-man makeup) that the school is run by a coven of witches. Dr Klemperer, haunted by the memory of his wife, who disappeared in the closing days of the Second World War, investigates Patricia’s story, while Susie quickly becomes the academy’s star pupil, impressing head tutor Madame Blanc (Tilda Swinton, credited, without makeup) and taking the lead role in the troupe.

Johnson brings a blank, enigmatic quality to Susie, previously a cowering, empathetic Nancy Drew-style heroine thrust into a surreal world of menace and peril. Here, she is imbued with a powerful physicality as she swipes and stomps through a number of dance compositions that are part recital, part ritual. In perhaps the film’s most gruesome scene, Susie is led through a demanding routine as a spell is cast on a seditious student: with every spin and kick, Susie unwittingly twists, bends and contorts her colleague, hidden in a mirrored room a floor below, to breaking point. 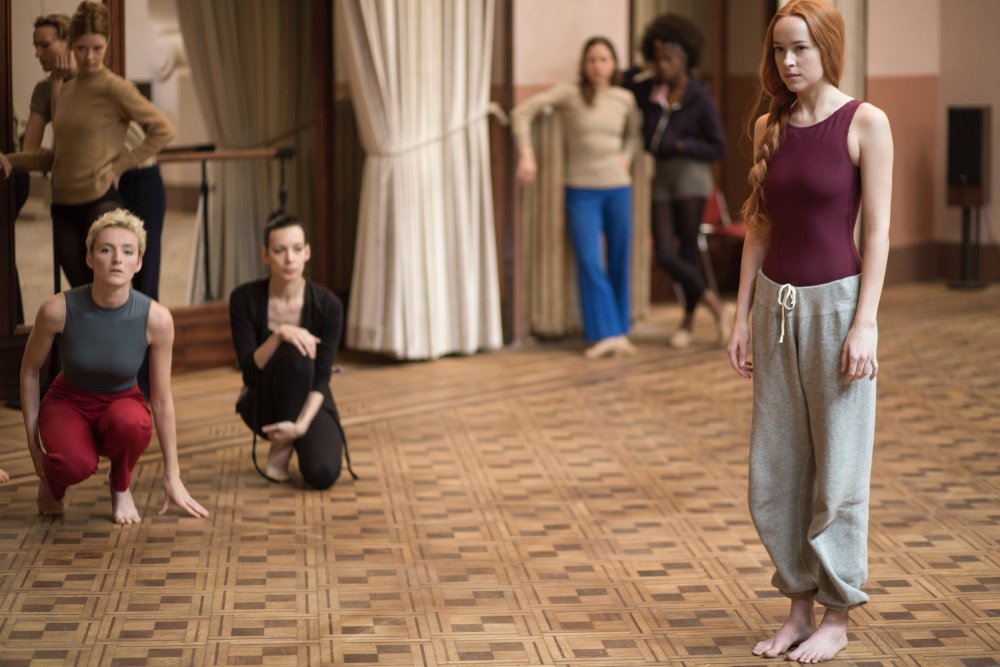 Whatever Guadagnino calls it, his Suspiria doesn’t play out as a specific homage to Argento’s colourful, hypnotic filmmaking, but there are flashes here and there, particularly in a series of nightmare sequences defined by off-kilter cutting and fractured, suggestive imagery. While the action has moved from Freiburg to urban Berlin, the academy is still battered by Gothic downpours, and, for all their additions and departures, Guadagnino and Kajganich are curiously wedded to the narrative lore that Argento and his collaborators developed in Inferno and The Mother of Tears, which, with Suspiria, formed the loose Three Mothers thematic trilogy.

In fact, it’s hard to confidently say what Suspiria actually is. Despite some impressive prosthetics work from its effects teams, it’s light on the sort of sights and scares that would keep horror faithfuls awake at night. And after showing his hand far too early, Guadagnino seems more interested in explicitly exploring the themes often buried under the metaphoric thrills and chills of horror than fulfilling the genre’s visceral expectations. Subtext is made text in a pseudo-academic gumbo of psychoanalysis, sexuality and social history, speaking of divided nations, communities and selves, and of the chaotic transition between generations as a post-war German youth culture comes of age.

There was always the expectation that a spin on Suspiria from the director of A Bigger Splash, Call Me By Your Name and I Am Love would be in some way indulgent, but Guadagnino commits the most indulgent of sins: his overstuffed, underwhelming Suspiria, be it a remake, homage or original vision, simply isn’t ever as freaky, fascinating or frightening as its inspiration.