Sunset first look: a belle epoque a hatstand of a movie 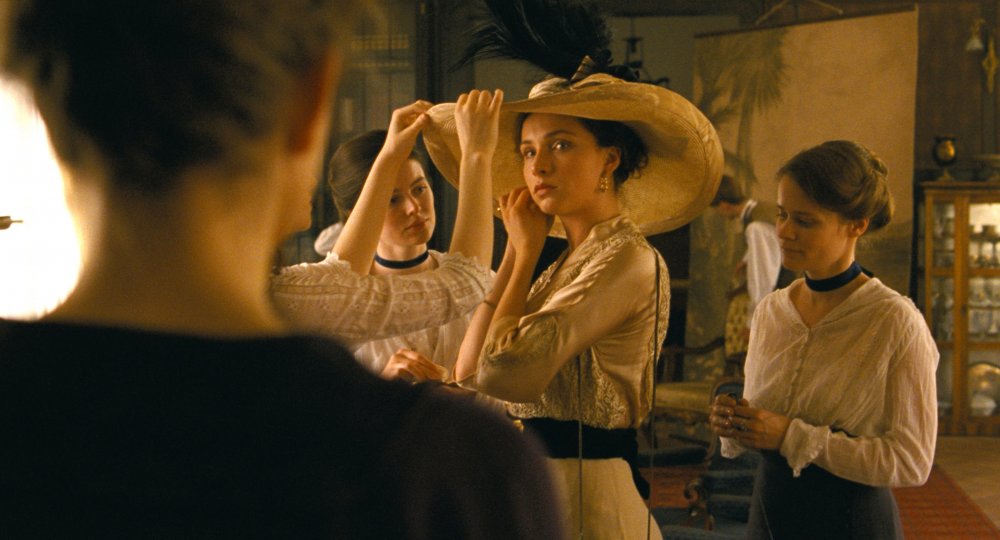 Was ever such dastardly villainry festooned with more elegant millinery? László Nemes’s lavish, luxurious and completely ludicrous Sunset follows (with seasickness-inducing, long-take literalness) the nonsensically overwrought story of the dispossessed doyenne of a Hungarian hat-making empire, on an odyssey through belle-époque Budapest to find the brother she never knew she had. Find him she does, along with a host of Barbara Cartland stock characters: Viennese sadists, monocled aides-de-camp, knife-wielding coachmen, disfigured maidens, ruthless anarchists, suspicious shopgirls and quivering Contessas. All are somehow nefariously connected to the film’s real star: the befeathered, beribboned, bespoke headgear, which maybe symbolises the prelapsarian decadence of an enfeebled pre-war society but mostly just ensures that Sunset, in more ways than one, talks through its hat.

To be strictly fair, the first quarter or so of this unforgivably overlong, maddeningly self-serious opus makes a case for Nemes’ woozy, immediate style as just the daring reinvention the period melodrama needs. The baroque opening titles evoke Visconti’s The Leopard as they dissolve over a painting of a 1900s Budapest street corner, which slowly changes colour as night falls. We’re introduced to Irisz Leiter (Juli Jakab), eyes enormous and dreamy beneath a selection of wide-brimmed hats, before taking off on a tracking shot through the store that once belonged to her parents, as first she reveals that she’s not a customer but a jobseeker, and second, she discloses her patrimony.

Enter Ozskar Brill (Vlad Ivanov), the store’s current owner, who at first refuses to hire Irisz but then un-refuses, in one of many unexplained reversals that scarcely doff a cap to recognisable human behaviour. Things wobble further when a crazy-eyed intruder breaks into Irisz’s room and starts raving about her brother before setting the place on fire and leaping through the window. And the carriage wheels come off entirely when her brother is revealed to be a notorious terrorist and Count-murderer, involved in political intrigues and dubious gunpowder plots, while increasingly mad hatter Brill plans for a jubilee event and a weirdly ritualistic visit from Viennese royalty. 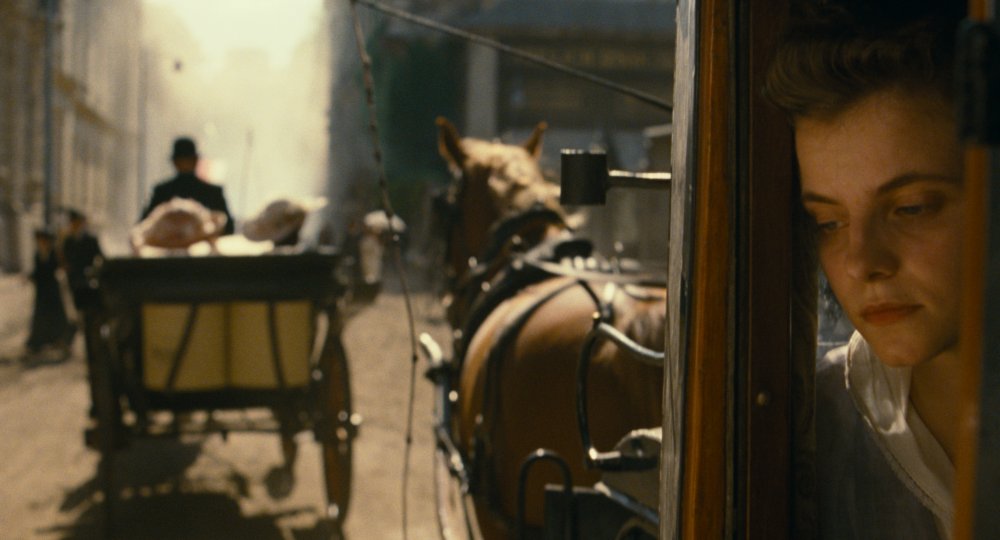 Nemes doubles down on the style of his celebrated Son of Saul, reteaming with DP Mátyás Erdély, designing intricate exteriors of period Budapest, and then perversely consigning them to out-of-focus background noise as we trail around looking at the back of Jakab’s neck (a lovely neck, but come on). That hallucinatory subjectivity was viscerally appropriate for a drama unfolding in the claustrophobic, nightmarish confines of a concentration camp; in Sunset, it just feels silly, necessitating a strained choreography to get people into and out of the field of vision so they can, like non-player characters in a video game, deliver their single bit of enigmatic information. Usually it’s a vague warning (“Leave this place!”) or a tiresome riddle (“Did you find the girl?”). More often they say nothing at all, but stare mutely at Irisz while she in turn cycles her expression of burning intensity through gas marks 6-9.

Soon Nemes’s aversion to wide shots and tripods starts to feel less like aesthetic rigour and more like a failure of cinematic imagination, and a lack of faith in his storytelling, as if we might run for the hills if we weren’t practically yoked to Irisz’s head (a proximity that only serves to reinforce how far we are from getting inside it). He might have a point: seldom has a film’s formal style worked harder to obscure whatever substance its story may have, ensuring that long, long before a spectacularly unearned epilogue that pulls WWI like a rabbit out of a capacious, extravagant hat, the sun has set on Sunset.

Related to Sunset first look: a belle epoque a hatstand of a movie