Ahmed stars as a rock dummer losing his hearing in Darius Marder’s ambitious melodrama, which finds universal resonances in a very specific experience. 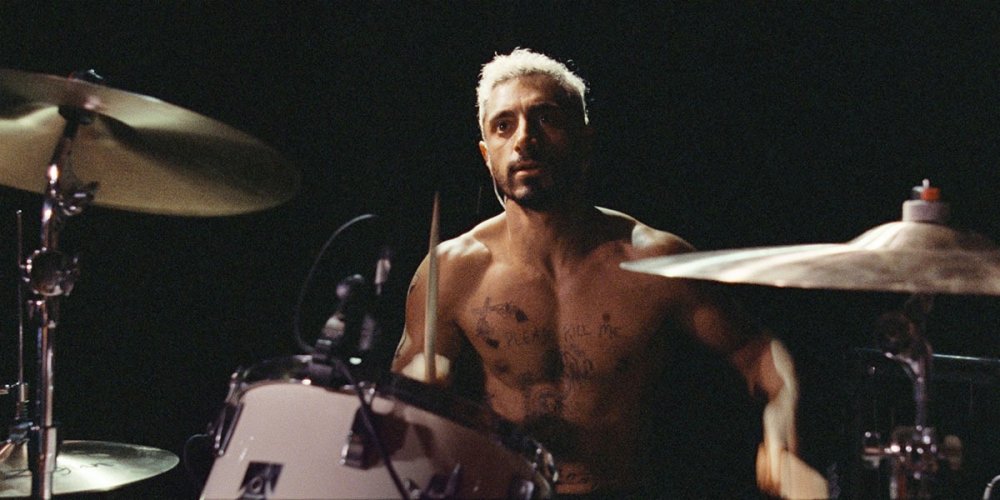 Riz Ahmed as Ruben in Sound of Metal

A bleach-blonde Riz Ahmed as a metal drummer might seem to promise a story much flashier and edgier than what Darius Marder’s debut feature Sound of Metal actually delivers. In this case it’s a good thing, as the recent outpouring of films about tortured musicians and the crippling effects of celebrity grows redundant – whether it be the sort drenched in neon lights (Vox Lux, Her Smell) or in nostalgia (Bohemian Rhapsody, Rocketman).

Sound of Metal, by contrast, is a straightforward melodrama, and it isn’t interested in fame and fortune so much as artistry as the anchor of an individual’s identity, his way of life and his vision for the future. The sudden loss of that artistic expression and the events that follow are the film’s subject. The result is a song of mourning and rebirth with surprising emotional resonance.

Ruben (Ahmed) is a reformed addict turned health-nut living a happy gypsy life in an RV with his girlfriend and musical partner, Lou (Olivia Cooke), a singer with a history of self-harm. The two comprise Blackgammon, a grunge metal duo that enjoys niche recognition. Magazine spreads and articles celebrating the band’s rise are plastered on the walls of their little home, and we’re introduced to the couple as they’re on tour around the country, driving by day and playing sets in the evenings.

During one fateful performance, the sound of Ruben’s thrashing cymbals and propulsive drum rolls fades into a dull roar – a simplification of the hearing loss process as a snap occurrence, but nevertheless a terrifying expression of an altered reality. Soon afterwards, Ruben is diagnosed with severe, irreparable hearing loss, but word of an expensive surgical procedure he’s convinced will reverse the damage keeps him in maddening denial. Afraid that he’ll relapse, Lou sends him to a secluded community for the deaf, a peaceful, countryside haven where the bulk of the film takes place and where Ruben is tasked with “learning to be deaf”.

Played with sage-like restraint by Paul Raci, Joe is a weathered but gentle lip-reading war vet who runs the rehabilitation community and becomes a sort of surrogate father figure to Ahmed’s fiery, wide-eyed Ruben as he rebuilds himself as a deaf man. The interplay between Joe’s firm wisdom and Ruben’s anger and desperation suggests a spiritual matter that spins universal resonance out of a particular experience and community portrayed with care and dignity. Indeed, the film’s 130-minute runtime is justified by this slow burn, allowing Ruben the space to regress and advance, grow and self-sabotage without diminishing the scope of his tragedy with overly precise emotional beats. That’s not to say the script is without its share of generic pathos-building: Ruben’s relationship with Lou is perhaps too sweeping a catch-all for a lost way of life, and a past of drug abuse and mental illness is alluded to as if only to administer a sense of profundity.

As the title suggests, Sound of Metal not only deals thematically in matters of sound and its absence. The formal language it creates – its acoustic recalibrations and distortions (the supervising sound editor is Nicolas Becker) – allows Marder, rather ingeniously, to manipulate narrative through shifting points of view in terms of hearing. An ambitious melodrama that only occasionally veers into maudlin territory, Marder’s first non-documentary feature brings out a career-best performance from Ahmed and refreshingly brings something new to the table without falling into gimmick.