Plus One review: an old-school romcom, for better, for worse

Singletons Jack Quaid and Alice Erskine team up to be each other’s wedding dates in a run-of-the-mill romantic comedy that offers only the most predictable of pleasures. 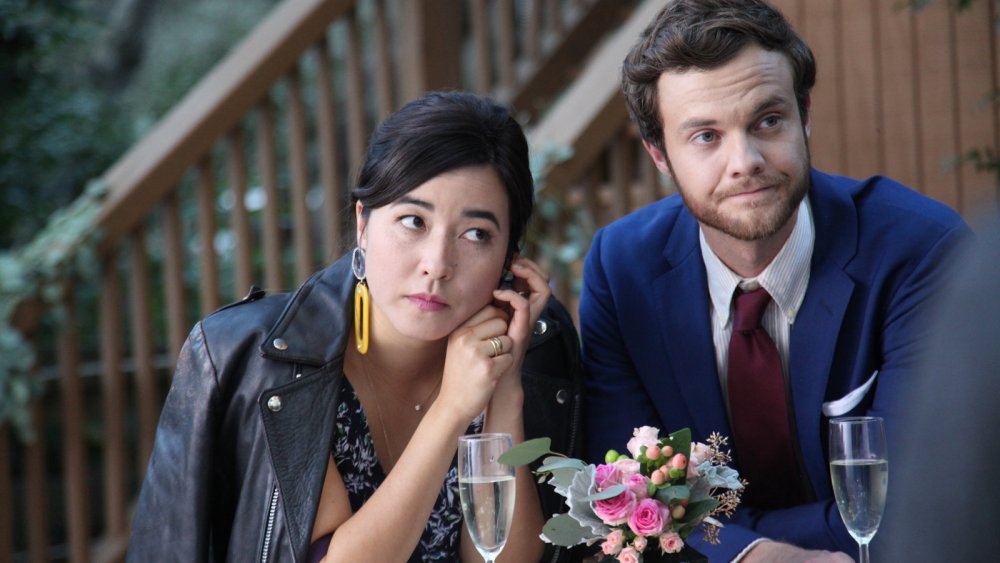 In one of his many withering appraisals of mid-1950s English theatre, Kenneth Tynan identified the ‘Loamshire play’, a genre defined by country houses and sporty mums that focused on “a social class derived partly from romantic novels and partly from the playwright’s vision of the leisured life he will lead after the play is a success”. Jeff Chan and Andrew Rhymer’s Plus One appears to be set in Loamshire’s contemporary Californian equivalent, where wedding season is the flashy gauntlet that wealthy people in their thirties must run. And, just as in an original Loamshire play, the protagonists triumph over the low stakes to become happy (or at least happier) at the end.

Ben (Jack Quaid) and Alice (Maya Erskine) are both single and burdened with many equally wealthy friends, so the string of nuptials they’re obligated to attend over the summer conjures key existential questions about life and the nature of love; mired in the tedium of best-man speeches and floral arrangements, they can only distract from their excruciating loneliness by overindulging in open bars. In order to shield themselves from the awfulness of celebrating someone else’s relationship and fend off enquiries about who they’re dating, they start attending weddings together. One magical evening, they cross the line into romance, and uptight Ben gives in to bold Alice’s gleeful crassness.

The difficulties that these two opposites face once they’ve attracted are negligible, and almost resolved as soon as they’ve started. Still, Plus One should be satisfying for those who miss the heyday of 1990s romcoms. Just don’t expect any major epiphanies – this is loam country, after all.

Related to Plus One review: an old-school romcom, for better, for worse