Mike Leigh prepares the ground for a bicentennial commemoration of the slaughter of democratic reformers in post-Napoleonic Manchester with a full bore assault on the amnesia of British establishment history. 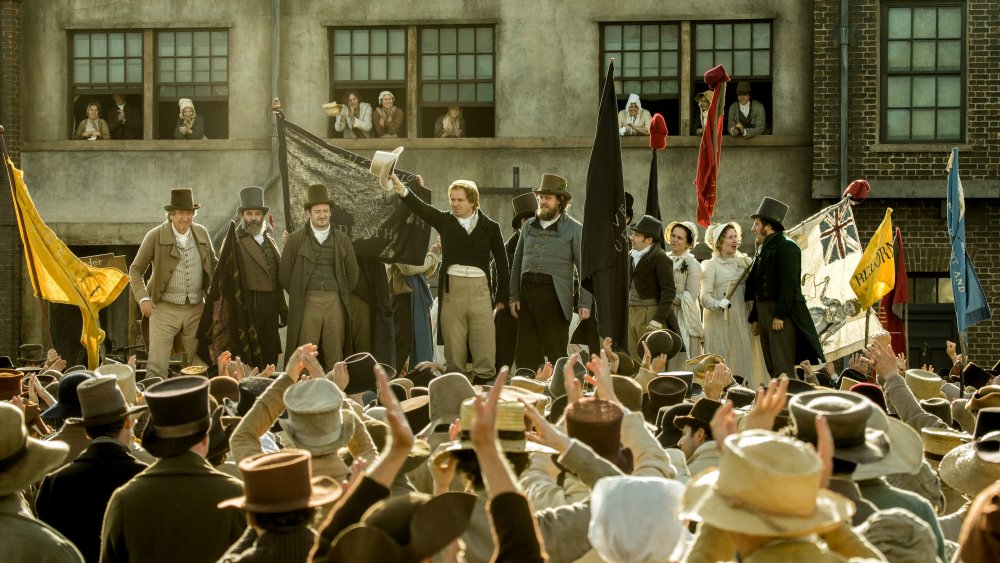 Almost two hundreds years after the event, Peterloo is a neglected moment in British political history. It doesn’t get taught in schools and in Manchester a poxy blue plaque marks the spot where, on 16 August 1819, a peaceful pro-democracy demonstration was attacked by mounted militia and regular troops, causing a number of deaths and leaving hundreds injured. Known by the sobriquet the Peterloo Massacre – the event took place on St. Peter’s Fields in central Manchester – it proved a key step in the Making of the English Working Class, as E.P. Thompson might have put it.

Mike Leigh’s new film Peterloo stands as a timely corrective, an angry reminder of those who fought for the democracy that we now seem to regard with such complacency. The film starts with the origin of the suffix, another bloody field: Waterloo. Wellington’s army stands victorious but one lone soldier, Joseph (David Moorst), wanders in a state of shock. While the Duke reaps the glory and a substantial financial reward from a grateful parliament, the redcoat stumbles home, clutching his bugle and a case of PTSD.

In his native Manchester, he finds his family in the grip of worsening poverty and rising prices. “That’ll be them Corn Laws,” someone helpfully intones. It won’t be the last time the Exposition Family help out. Yet as in Mr. Turner, Mike Leigh doesn’t neglect the price of eggs over grand narratives – or, more accurately, he sees the price of eggs as the true grand narrative. In this case, the hungry begin to prove a willing audience for the new movement towards reform, even as in London Lord Sidmouth (Karl Johnson) plots countermeasures against the reformers in the North. 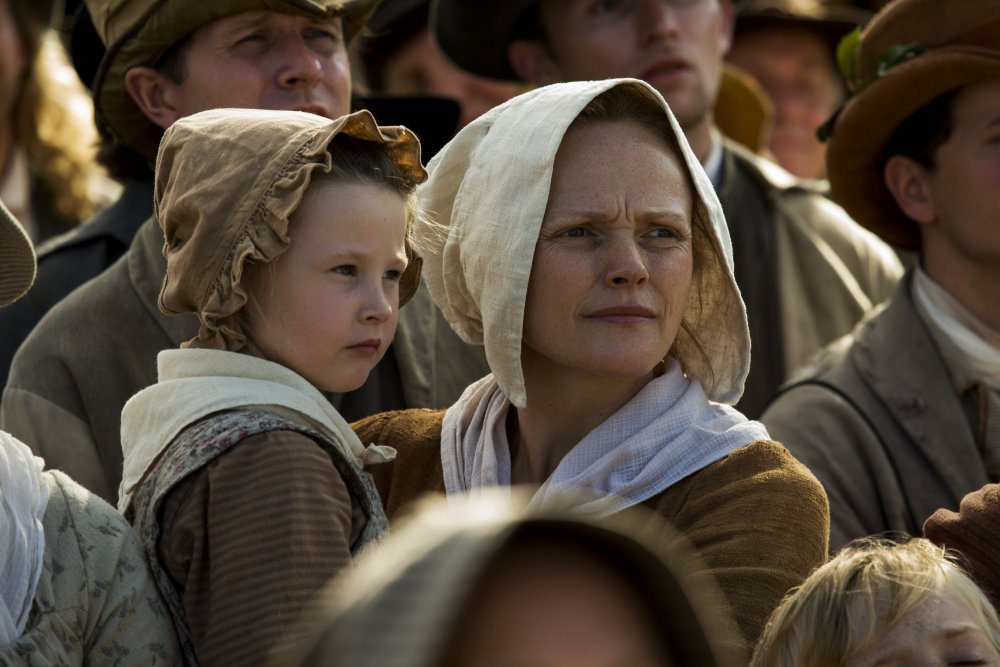 Leigh – like his contemporary Ken Loach – isn’t afraid to throw audiences into the hurly-burly of a political meeting. We see the growth in the size and the changing tone of the meetings. Unfortunately, whereas the debate in Loach’s Land and Freedom felt vital, here the 19th-century rhetoric tends towards a flowery wordiness. In a tacit recognition of this, the meeting for the Female Parliamentary Reform Association is interrupted by a young working girl who can’t understand a word the middle class reformers are saying. In fact, it is one of the strengths of the film that Leigh doesn’t paint his reformers as crusading heroes: they are vain, quarrelsome and frequently tedious – in other words ordinary people acting in an extraordinary moment of history. A case in point is Henry ‘Orator’ Hunt (a superbly convincing portrait by Rory Kinnear), who turns up as the star speaker at the meeting with his Home County vowels, his sense of superiority and his big white hat.

Like a disaster movie, everything is moving towards the August meeting; tension is ratcheted in shots of the Militia getting their sabres sharpened, even as the radicals decide not to bring anything that could be construed as a weapon to the meeting. The magistrates are in a lather of panic, troops have been stationed and arrests and beatings are on the rise; meanwhile Joseph’s family and the other supporters of reform prepare for the meeting as if it were a summer jaunt. All the elements come together and the final act is suitably chaotic, violent and brutal.

The most famous cultural response to Peterloo was Shelley’s Mask of Anarchy, a nightmarish Cruikshank cartoon brought to poetic life, and Peterloo is painted in similarly broad vibrant strokes. Tim McInnerny gives the Prince Regent the Black Adder treatment and the magistrates wobble their jowls and their vowels and let fly with spit-flecked invective. Even some on the people’s side are not immune to ludicrousness, with a particularly buffoonish Dr Healey (Ian Mercer), but there is no doubt whose side Leigh is on and whose side we should be on. These were not subtle times and even the most outrageous caricatures – the Militia getting drunk the morning of the massacre or the Regent sending his congratulations to the magistrates for maintaining “tranquility” – are based on historical record. Democracy was equated with revolution and reform with terrorism. Mike Leigh’s film is a powerful blunt weapon, hitting back for the people who refused to. Peterloo is the cudgel that the demonstrators themselves refused to carry.