On its original release, our critic compared the radicalism of this film to The Cabinet of Dr Caligari. Will it seem so revolutionary now it is back in cinemas again?

from the June 1950 issue of Monthly Film Bulletin 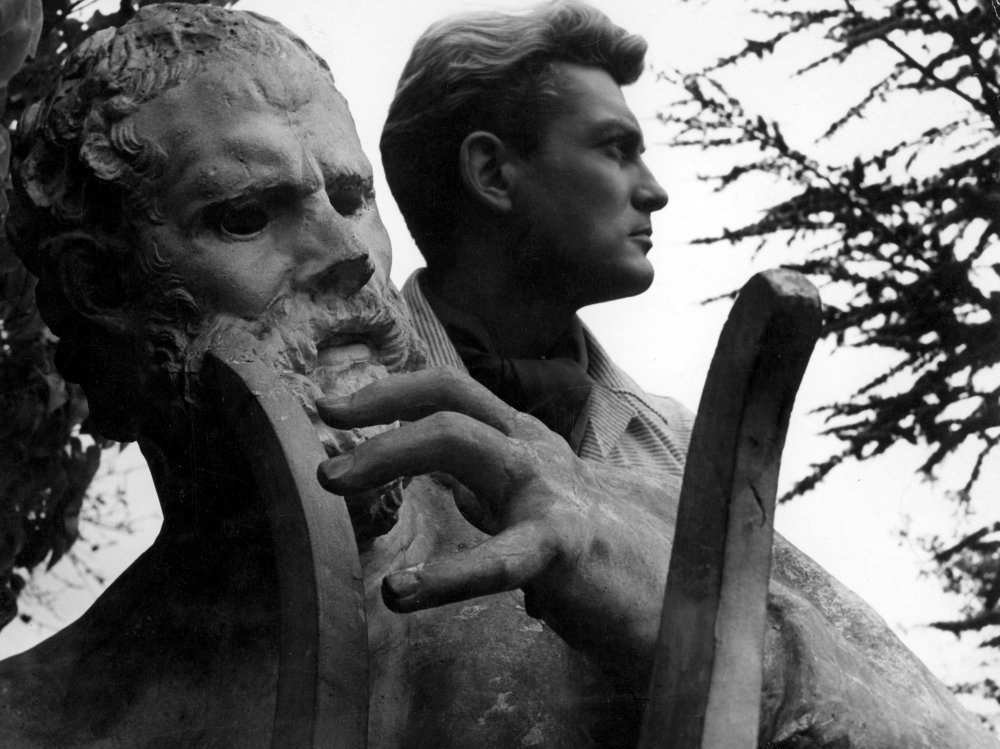 Jean Marais as the titular Orphée

Jean Cocteau‘s latest film is a modern re-telling of the Orphic myth. In a plot synopsis it is not possible to describe the atmosphere or the astonishing fantasy of this film: broadly speaking, it may be taken as a symbolic drama of a poet’s conflict between the real world and the world of imagination and the unknown, as represented by Death and her associates. Cocteau adds his own extra dimension to the original myth – by making the dead human beings with human feelings and desires, and it is perhaps this above all which makes for the marvellously successful balance of the real and the magical in the film.

It encompasses both levels with power and fascination: its picture of a poet’s torment and obsession with the unattainable is something unique in the cinema. It is, in fact, no exaggeration to say that Orphée, as well as being the most complete and successful achievemeht of Cocteau in the cinema, is a film as revolutionary today as was, for instance, Caligari in its time. And it has the advantage over Caligari, in its departure from the real, that it does not succumb to theatre conventions.

Orphée extends the frontiers of the cinema and is an inimitable, unique experience. Its importance in the future will be as great as any of the other major films of the last ten years or more. 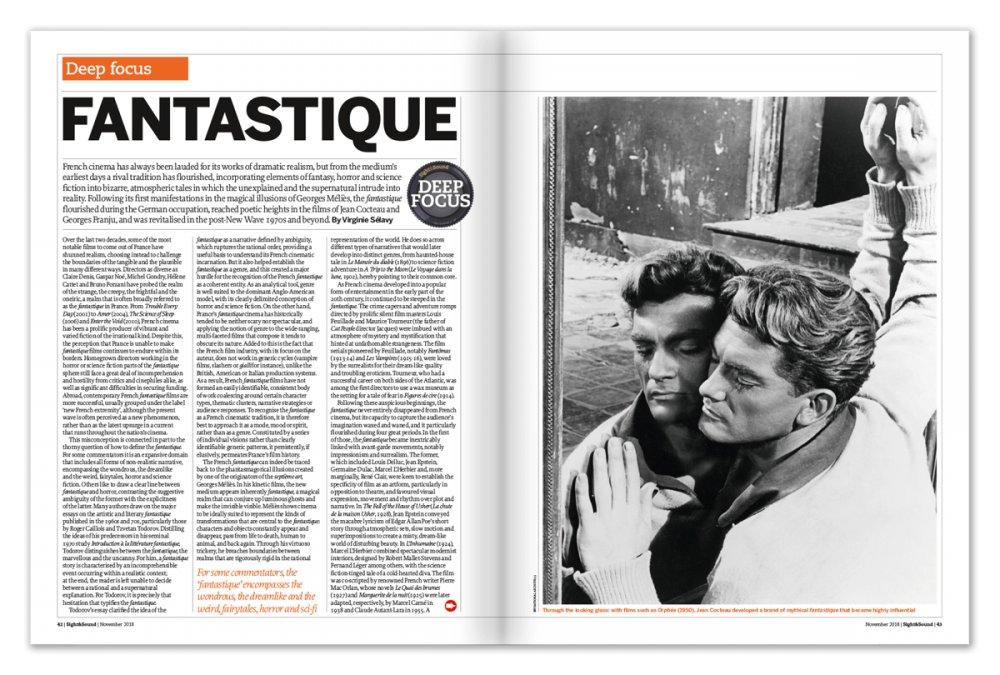 French cinema has always been lauded for its works of dramatic realism, but from the medium’s earliest days a rival tradition has flourished, incorporating elements of fantasy, horror and science fiction into bizarre, atmospheric tales in which the unexplained and the supernatural intrude into reality. Following its first manifestations in the magical illusions of Georges Méliès, the fantastique flourished during the German occupation, reached poetic heights in the films of Jean Cocteau and Georges Franju, and was revitalised in the post-New Wave 1970s and beyond. By Virginie Sélavy.