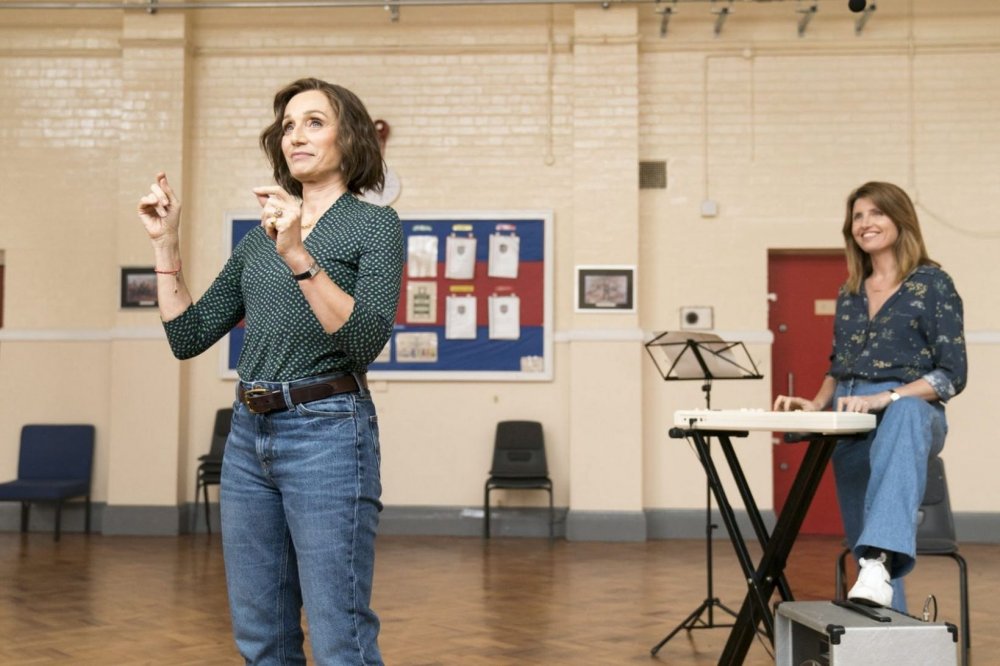 Seizing the opportunity to combine a British community comedy with the crowd-pleasing power of the 2011 BBC show The Choir: Military Wives, Peter Cattaneo’s feelgood fictionalisation of the singing group’s formation makes for a heartwarming if predictable dramedy. With its disparate ensemble of anxious garrison wives finding solidarity through song while their spouses are deployed in Afghanistan, it’s a regendered kissing cousin to Cattaneo’s 1997 hit The Full Monty.

Sharp use of telling details immerses us in the women’s nervy days, but Rosanne Flynn and Rachel Tunnard’s script strains to land its compensatory laughs, too busy manufacturing rivalry between the choir’s leaders – brittle, bereaved Kate (Kristin Scott Thomas) and laidback Lisa (Sharon Horgan). Touching in its pathos when a new wife is crushed by her husband’s death in combat, the film defaults to TV-movie sentimentality for Kate’s shopaholic stiff-upper-lip grief and Lisa’s clashes with her wild-child teenager. Scott Thomas’s understated performance, tense with misery under upper-class bossiness, piques the viewer’s curiosity, but Horgan’s alternating anxiety and amiable sarcasm are familiar from shows from Pulling to Catastrophe.

While Kate and Lisa’s choir-mates are one-note characters, the group’s gradual transformation from warbling uncertainty to a confident a cappella version of Yazoo’s Only You and an ethereal Ave Maria is engaging, as their emotional unity mirrors their vocal harmony. If the ‘big performance in jeopardy’ plot twist feels a tad manipulative, the choir’s homemade power ballad, created from soldiers’ letters, doesn’t leave a dry eye anywhere.

Related to Military Wives review: the song remains the same