Make Up review: a thrillingly queer tangle in a Cornish campsite 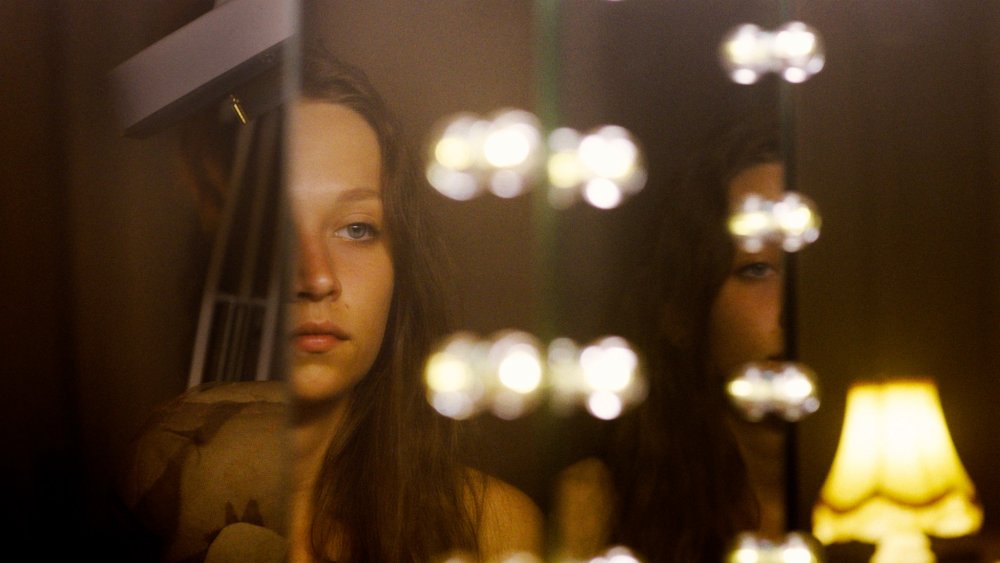 Molly Windsor as Ruth in Make Up

Car headlights emerge from nowhere and a fine mist of rain shrouds the windswept grass. Twisting and turning in the blackness of the night, the car carries 18-year-old Ruth along an unseen road toward her boyfriend Tom, who spends his winters working at a holiday park in Cornwall.

Like the car, Make Up initially navigates an unknown road and leaves you a little lost in the dark. Its enigmatic lead (Molly Windsor) holds her motives and emotions close to her chest, and she fits the mould of hoody-wearing anti-heroines that’s epitomised in Andrea Arnold’s Fish Tank. Additionally, there are bleak landscape shots of a hostile environment drained of colour in the mode of Cleo Barnard’s The Selfish Giant.

Thus it’s hard at first to see where Make Up is going and what’s so special about it. But Claire Oakley’s genre-bending debut feature slowly reveals itself as a lesbian romance that’s as much about learning to love yourself as your lover, and it’s a gorgeous and inventive piece of cinema.

From the moment Ruth arrives at the park, there is tension in the salty air and uneasiness in the washed-out holiday homes. Suspicious that long-term boyfriend Tom (Joseph Quinn) is cheating on her when she discovers a smudge of makeup on a mirror and a long red hair on his t-shirt, Ruth is on a knife edge as she attempts to trace her rival around the campsite. She finds little joy in the daily grind of domestic chores and watching Tom eat spaghetti sandwiches with grotesque abandon, and she soon makes friends with the suspicious – and over-friendly – Jade (Stefanie Martini). 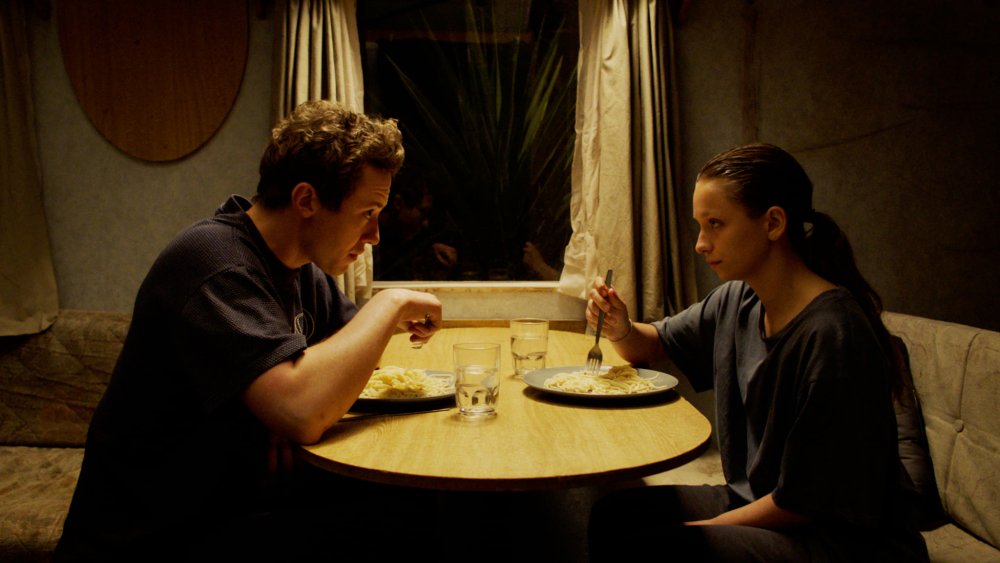 With Jade, there is colour and make-up and fun. Elsewhere, there are portents of impending horror in seemingly everyday objects. Mirrors and light switches swing from side to side in the stillness. Lights go out in an arcade and dull thuds sound from somewhere in the gloom. Foxes screech in the dark. Something, or perhaps someone, is about to break. Literally horrified, and repelled by the very things that attract her, Ruth never gives too much of herself away. However, while Molly Windsor’s performance is self-contained, it is nevertheless absorbing, and her friendship with Jade is well directed by Oakley, who stage manages the different stylistic elements with aplomb.

Starting out in the realm of poetic realism (think Paweł Pawlikowski’s My Summer of Love) and taking a turn toward the psychological thriller, Make Up becomes even more fluid in its genre identity when it ventures into body horror. When Ruth soaks off the red acrylic nails that Jade puts on her, a gory mess of chemicals disfigures her hands and bloodies the acetone solution – and the squeamish viewer may want to look away when she tries to remove the fake nails with a knife.

Sacha Szwarc’s disorienting editing leans into horror, too: there are rapid flashbacks and disturbing images of people fucking in the communal showers, and hallucinatory images of a threatening girl stalking Ruth on stormy nights. The campsite itself becomes a menacing space that is a maze of self-awareness and acceptance, all plastic membranes and fluidity and uncanny familiarity. For at its heart, this is a film about questioning yourself and coming to terms with your own desires.

Never straying too far into generic pastiche, Make Up is a moving and thoroughly relatable queer nightmare that transforms into a celebratory lesbian fever dream that’s all smoke-infused flares of pink, red and orange, and sparkling lights that lead you into the comfort of the dark. In the end, there are as many questions as at the start, and MacGuffins and dead ends galore. However, while it may not wear its heart on its sleeve, Make Up is a mesmerising and original coming-of-age story that will leave you lost in its embrace long after the credits have rolled.

Related to Make Up review: a thrillingly queer tangle in a Cornish campsite