Luce review: this race drama is a rigged game

Julius Onah’s drama about an Eritrean teenager adopted by an American couple is more manipulative than thought-provoking. 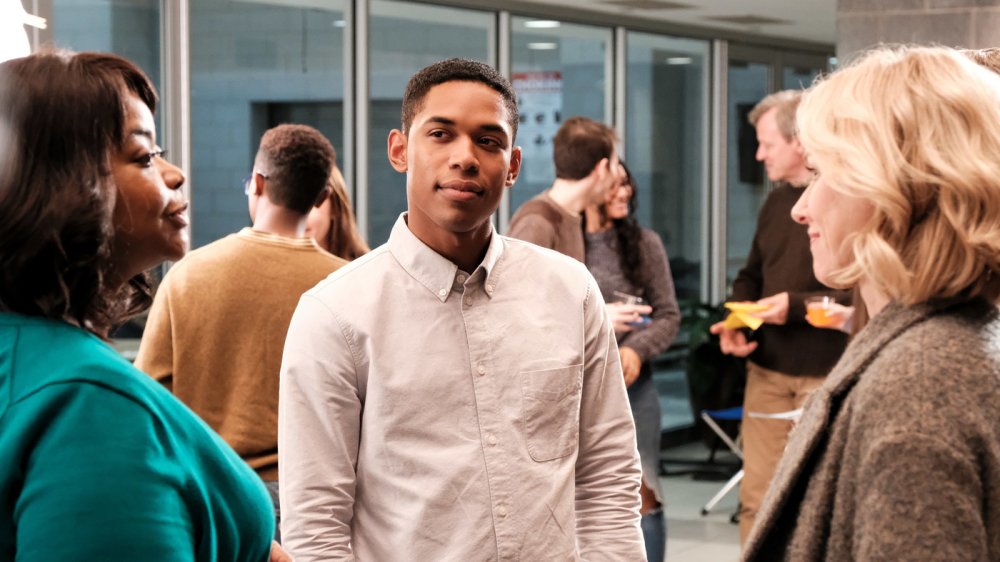 “I just wanted a normal family,” Peter (Tim Roth) tells his wife Amy (Naomi Watts) towards the end of Luce. “Our lives didn’t have to be a political fucking statement.” Unfortunately for Peter, Luce is the kind of movie where everyone’s life is a political statement. Julius Onah’s film tackles questions of prejudice, privilege, code-switching, sex and race in 21st-century America, and the characters spend much of the running time declaiming the script’s themes at each other in lieu of having genuine conversations. Luce was adapted from the 2013 play by J.C. Lee, who co-wrote the screenplay with Onah, and the pair can’t disguise its stage origins, though there are enough intriguing hooks here to pull viewers in.

The most interesting element is the title character. Peter and Amy’s adopted son Luce (Kelvin Harrison Jr) is an exemplary student, admired by all; given the way his life began in war-torn Eritrea, he is held up as a shining example of the American Dream. How Luce himself feels about this attention is less certain. He plays the part of the model teen well but also exhibits frustration at the projections and aspirations of others; “I’m a poster boy,” he sneers, “a black kid who overcame his tragic past.”

Viewers are also invited to project their own ideas on to Luce. His defining characteristic is his unknowability (even his apparently unpronounceable birth name is a mystery), and Harrison adroitly negotiates the character’s slippery ambiguity: this smiling golden boy is capable of cunning duplicity and of adapting his behaviour depending on his company, without ever giving away his true motivations.

The conflict between Luce and his schoolteacher Harriet Wilson (the reliably excellent Octavia Spencer) is complex and potent. Ms Wilson has a broader perspective on the narrow expectations and numerous pitfalls facing young black men in the US than Luce, whose specialness is reaffirmed every day. “America puts you in a box,” she warns him, “and it lets in only so much light.” However, her motives are just as murky. Lee and Onah’s determination to keep everything in Luce open to interpretation, to refuse to take a clear stance on any character, gives them a tricky line to walk, and they can only take it so far before the strain begins to show. Characters are continually pushed to act in inexplicable ways as a means to keep the plot spinning, and some of the storytelling choices are questionable.

The longer Luce goes on, the more it feels like a rigged game, full of manipulative writing and characters representing ideas more than real people. Onah’s punchy direction keeps it riveting in the moment, but this is the kind of provocation-filled picture that filmmakers hope audiences will be thinking about and debating long after the credits roll, yet the more you think about Luce, the less convincing it all feels.

Related to Luce review: this race drama is a rigged game