Bill Skarsgård’s terrifying turn as Pennywise provides the real chills in this enjoyable sequel, which otherwise leans a little too heavily on jump scares and past glories.

from our forthcoming November 2019 issue 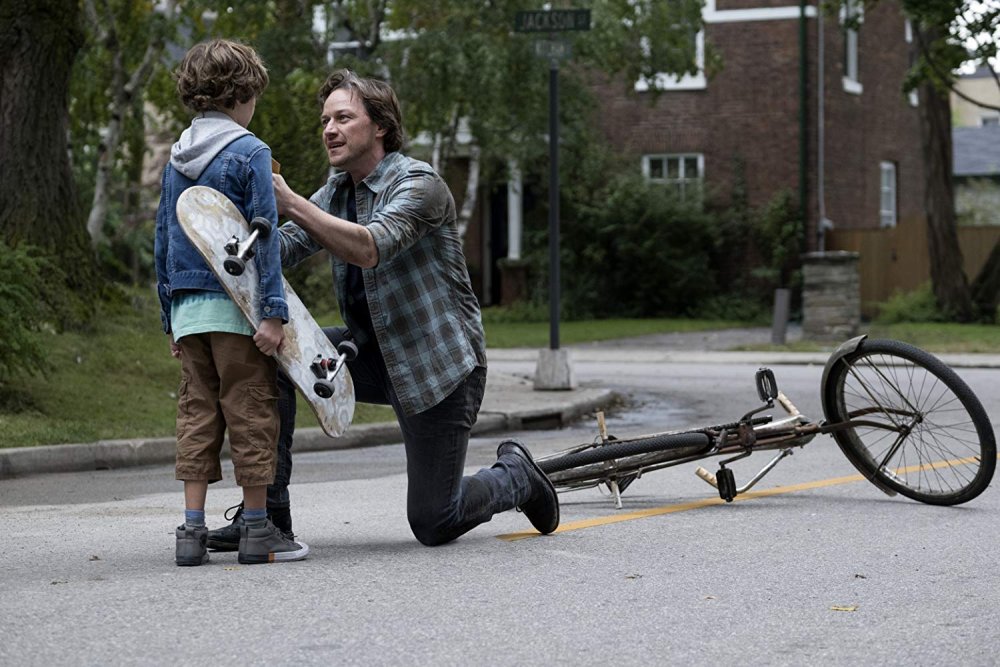 James McAvoy as Bill Denbrough (right) in It Chapter Two

It Chapter Two’s most harrowing scene follows a recap from the end of 2017’s It chapter one, in which the seven pre-teen friends comprising the Losers’ Club of 1989 swear a blood oath to return to their fictional hometown of Derry, Maine, if ‘It’ starts murdering locals again. After an altercation at a funfair 27 years later, Adrian (actor-director Xavier Dolan, on typically provocative form) and his boyfriend Don are the victims of a brutal homophobic assault in which Adrian is thrown half-dead into a river by his attackers. That Adrian is eaten on the riverbank by ancient supernatural monster It – aka Pennywise the Dancing Clown – is no great surprise to fans of Stephen King’s bestselling source novel. The prominent placing and emphasis of the scene is what counts, with the tacit suggestion that bullies, be they homophobic or otherwise, can be as harmful as the killer in the dark.

Celebrate the difference and stand up to bullies: a simple subtext that flows through both chapters of Argentine director Andy Muschietti’s It films. A story in which a (fairly) diverse group of friends defeat their demons literally and figuratively seems positively appropriate in an age when representation is a key part of the cultural discourse and hate crimes often feature in the daily news cycle. King presumably also approves, given the related plotlines of novels such as Carrie and its filmed adaptations.

The majority of Chapter Two’s hefty 169-minute running time explores what happens when Loser Mike Hanlon (Isaiah Mustafa) recalls his six friends to Derry to face It as adults, with James McAvoy’s Bill Denbrough their de facto leader since his younger brother Georgie was murdered by It back in 1989. Their 2016 incarnations are less keen to battle a shapeshifting serial murderer than they were as children, but reunited bonhomie is felt when they catch up over a Chinese meal rounded off with a delicious denouement of Lovecraftian insect hallucinations. There are visual similarities to Frank Darabont’s unsettling adaptation of the King novella The Mist (2007). 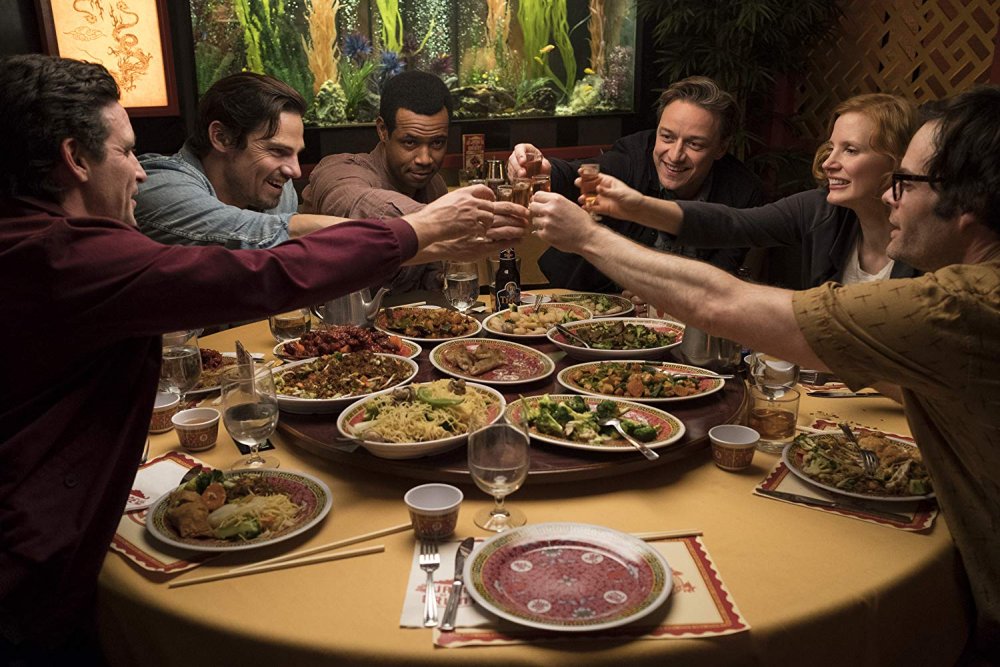 As the Losers investigate their pasts around old Derry haunts, memories both fond and foul are evoked as Muschietti slickly works in flashbacks from the summer of 1989. Tough Beverly Marsh (a perfectly cast Jessica Chastain) remembers her abusive father on a trip to their old apartment, now seemingly home to a frail old woman. Sickly Eddie Kaspbrak (James Ransone) heads into the the basement of the pharmacy, where he spent so much time and was taunted heartlessly, to face his hypochondriac childhood fears anew. Both vignettes feature startling visitations from grotesque versions of It, and epitomise where Muschietti’s ambitious pop-horror epic is at its strongest, combining heart-stopping terror with pungent nostalgia.

Yet one can have too much of a good thing, and Muschietti and screenwriter Gary Dauberman (who has written the three Annabelle films to date) are a little too reliant on their trusted combination. Chapter Two is so stuffed with the slam-dunk of past memories and visceral jump scares that the latter become a touch predictable. Thankfully, Bill Skarsgård’s terrifying performance as Pennywise is again the stuff of sleepless nights, even if this is augmented by overused CGI in the barnstorming last act. Bill Hader, meanwhile, gives a career-best turn as chatterbox-turned-comedian Richie Tozier, who provides some welcome light relief amid grisly murders and copious blood – even when he’s vomiting at the thought of another atrocity.