A study of a prison psychologist’s dangerous crush on a sexually violent patient, Halina Reijn’s accomplished and hypnotic film goes to some secret, lonely places. 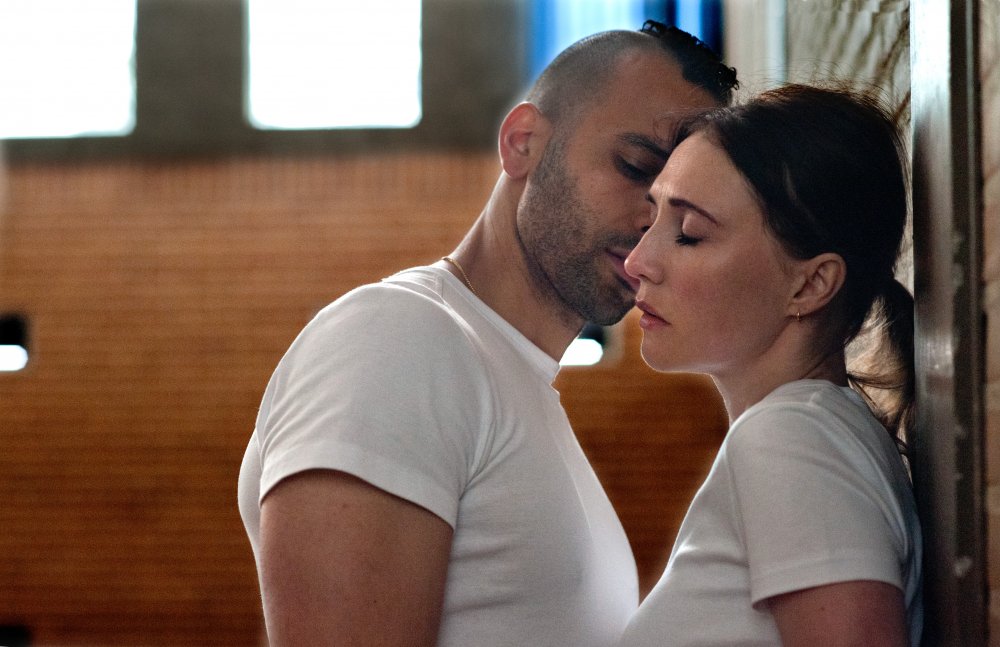 Of all the arts, cinema might be the best at portraying the state of intense self-awareness that comes with having a secret. A person trying to hide in plain sight and an actor pretending not to see an omnipresent camera scrutinising their body language and speech are in strikingly similar situations, engaged in a comparable deception. Incidentally, this may also partly explain why so many films deal with extreme emotions, secrets and love stories. In the grip of sudden, unexpected feelings such as love or hate, most of us try to conceal our new obsession, embarrassing because it is out of our control.

Actress and director Halina Reijn uses this particular quality of cinema to its full potential in her feature debut Instinct. Centred on a woman who develops not simply a random and uncontrollable crush but a dangerous, immoral and irresponsible one she must hide at all costs, this elegant and hypnotic film dares to go to some very secret places. A psychologist working with sexually aggressive men, Nicoline (Carice van Houten) finds herself attracted to Idris (Marwan Kenzari), a convicted rapist and one of the most violent patients at the institution.

Of course, developing a crush on someone and entertaining a rape fantasy are wildly different things, but fantasy plays a crucial role in both. It is the ‘What if?’ that first plants the seed of an impossible idea in mind. What if this happened? What if he did this? What if I did that?

Indeed, the dynamic of Instinct and of any fantasy is a matter of imagination more than it is one of bodies. As the camera follows Nicoline, in close-ups and shallow focus, we are privy to the restlessness behind her confident demeanor. Living alone in a too neatly arranged apartment, she spends most of her time staring out the window. Out with her colleagues, she is bored. Her loneliness is deep, her mind always reeling.

Crisp, angular photography by Jasper Wolf – also behind the strikingly different, kinetic aesthetic of Alejandro Landes’s Monos – and cooly drab interiors highlight the suffocating and cold character of Nicoline’s world. When she first meets Idris, it is not his body but his words that first grab her attention: he answers her questions with more questions, essentially teasing her with different versions of ‘What if?’. It could just be a classic strategy for avoiding an interrogation, but to Nicoline this is the first time in a while that someone seems to genuinely care about her. All of a sudden the camera and the audience are no longer the only ones to see her desperation.

Indeed, a point of comparison even more enlightening than Paul Verhoeven’s Elle here might be the second season of Phoebe Waller-Bridge’s Fleabag. In the same way that Idris suddenly appears to be the only person able to break through to Nicoline, Andrew Scott’s ‘hot priest’ in Waller-Bridge’s show alone can see Fleabag’s turns to the audience, those moments when she disconnects from the outside world and speaks her mind to herself and to us, the audience.

Ultimately, just as Fleabag is not really about Christianty and abstinence, Instinct is not exclusively about rape culture. Rather, both employ these topics to highlight the same deeply ingrained illusion which posits that a woman needs a man’s validation. In their own way, both Nicoline and Fleabag end up taking their life into their own hands and, rather than seek refuge in ‘What ifs’, go look for their place in the real world.