This fictionalised memoir, directed by Alma Har’el from a moving screenplay by LaBeouf, features an outstanding performance by child actor Noah Jupe as the young Shia, tormented by his bitter alcoholic father, played by LaBeouf himself. 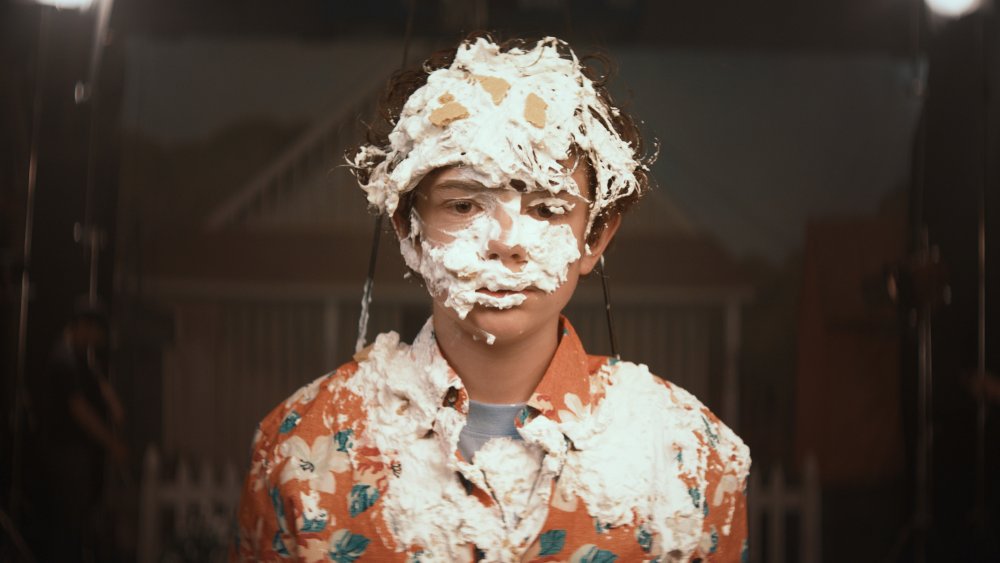 Written by and starring Shia LaBeouf, Honey Boy is the actor’s fictionalised memoir about his experiences as a child star in the custody of an abusive father.

Moving between two timelines (1995 and the present day), the film is an excavation of trauma and an attempt to confront its repercussions, quite literally, in a rehabilitation centre. Indeed, in one of its early scenes, the older ‘Otis’ (Lucas Hedges, who nails LaBeouf’s scratchy, sarcastic voice to uncanny effect) explodes at his therapist, declaring himself “an egomaniac with an inferiority complex”. This admission of inherited self-loathing is a little on the nose, but foreshadows the directness with which LaBeouf will communicate his story, especially interesting given the actor’s provocative forays into performance art and withering self-parody.

LaBeouf plays Otis’s father James, a former clown, convicted sex offender and recovering alcoholic whose own shortcomings have made him bitter and vengeful. Twelve-year-old Otis (Noah Jupe) is his target, mocked for his “dick like a golf pencil”, forced to juggle and perform press-ups on request, and reminded, repeatedly, of his responsibility as the family’s sole provider (“Your mom has a job in case you fail,” he’s told). When he tries to hold his dad’s hand, James snatches it away. Otis is precocious, intuitive, doggedly determined and, like many actors, eager to please, channeling his hunger for affirmation into workaholism.

Indeed, in the film’s opening scene, present-day Otis is launched backwards through the air as an airplane explodes behind him, Michael Bay-style, a nod to LaBeouf’s role in the first of the Transformers film series. He dangles from a harness; the setting is revealed to be a film set. A disorienting montage cross-cuts between images of Otis on set and off, getting drunk, driving, crashing a car, crushing his hand in the process – director Alma Har’el deliberately makes it difficult to tell whether we’re watching a movie or Otis’s real life.

Honey Boy is the third unlikely collaboration between LaBeouf and Har’el (he produced her 2016 documentary LoveTrue, after she directed him naked in a Sigur Rós music video). It is as much the Israeli filmmaker’s project as it is LaBeouf’s. The working-class locale recalls her 2011 documentary Bombay Beach and the film’s non-linear narrative structure was her intervention, creating a poetic dialogue between Otis’s childhood and his PTSD, the dissonance enhanced by the honey-dipped, magic hour lensing of cinematographer Natasha Braier (The Neon Demon).

Dancer and musician FKA Twigs, appearing as a neighbouring sex worker who provides young Otis with some much-needed physical tenderness, is the film’s weak link, an awkward, stilted presence when contrasted with the naturalistic, entirely credible Jupe. The latter British actor (Suburbicon, A Quiet Place) is mesmerising as a worn-down and wearied child forced to shoulder the kind of emotional burden even adults would struggle with. “I want you to be here,” he tells James through tears, despite the torrents of abuse. “You have your instincts,” he insists, crumpling face steadying in an attempt to allay his father’s cataclysmically low self-worth. The detail in the relationship between Otis and James is granular; the vulnerability, and indeed, the sincerity on display in LaBeouf’s screenplay is genuinely moving.