Happy as Lazzaro review: Alice Rorhwacher holds a holy mirror to the persistence of injustice 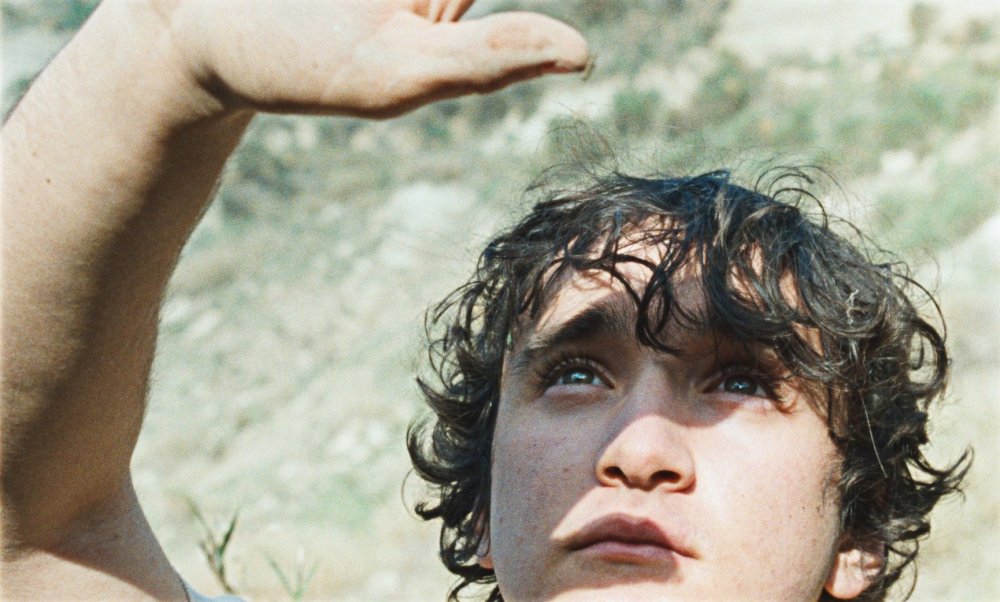 “Lazzaro, are you staring into the void?” That question, asked in the dark and never answered, opens Alice Rohrwacher’s superlative film, establishing the blank profundity of the face that will guide this moving, magical-realist fable of injustice even before it is seen.

Lazzaro is an innocent, a seer, a saint. He encounters the world with a seeming incomprehension of self-interest and a ceaseless generosity, throwing into relief the violence of a social order that changes superficially over time without ever relinquishing the exploitation of the poor that resides at its core. In the wide, green eyes of actor Adriano Tardiolo, Rohrwacher finds a gaze that sheds all cynicism, a guileless anchor for her devastating exploration of the false promise of progress and the elusive possibility of collective happiness.

As the film begins, Lazzaro is one of a group of sharecroppers working on the isolated Inviolata estate in a condition of permanent indebtedness to the Marchesa De Luna. Happy as Lazzaro thus appears to plunge the viewer into a historical drama of indentured servitude, set in an indeterminate past, perhaps the 1950s. However, when the aristocrats appear, technological and sartorial signifiers suggest a later period. Rohrwacher seems to resolve this initial confusion when carabinieri arrive on the scene and the truth of Inviolata is revealed: it is a case of modern slavery, facilitated by floods in 1977 that made the estate inaccessible. 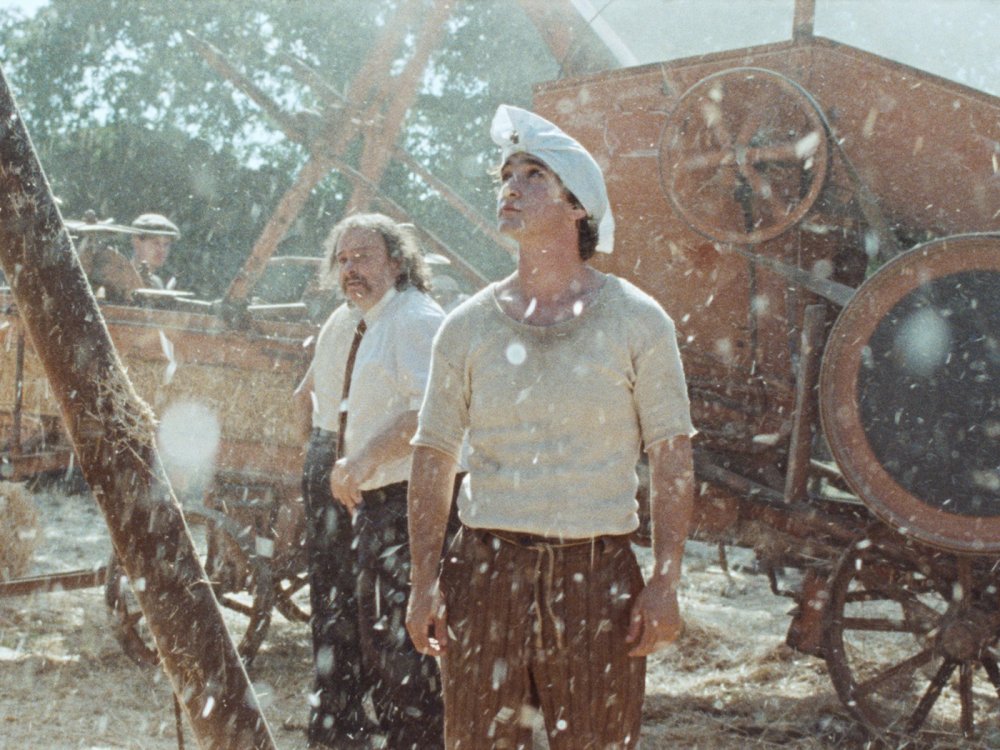 In fact, the scrambling of time that marks the film’s first half is only amplified in its second, which finds the peasants now living precariously in the city near rubbish-strewn train tracks, cooking up petty scams to get by. How much time has passed? The aristocratic son Tancredi appears at Inviolata as a bratty teenager and in the city as a ponytailed fiftysomething, a rate of ageing roughly twice that of the peasant Antonia. Time is out of joint. For Lazzaro, even less time has elapsed. After falling to his death just as the authorities were discovering the marchesa’s crimes, he is resurrected, true to his namesake, wearing the same tattered clothes out of the past and into our present.

Happy as Lazzaro possesses a keen attention to concrete physicality. Abetted by the use of 16mm, the film dwells on the textures of lush tobacco leaves and creamy pastries, crumbling frescoes and chalky rock, or the cheap synthetic glint of crisp packets and astro turf. The intimate relation to the land at Inviolata, rendered in dusty ochres, gives way to the nauseating artificiality of the city, full of steely greys and electric light. The material conditions of existence are everywhere foregrounded. Yet alongside the realist commitment is a conflicting impulse, generating the energetic tension that animates this singular film: Rohrwacher’s embrace of temporal elasticity creates an aura of fantastical confusion, one that she mines as a site of allegorical richness.

Happy as Lazzaro uses its bifurcated form to stage a confrontation between feudalism and modern capitalism, finding fundamental – and fundamentally injurious – similarities between the two. Historical change is often construed as a forward march of social amelioration, a convenient fiction that risks serving as an alibi for the catastrophes of the present. 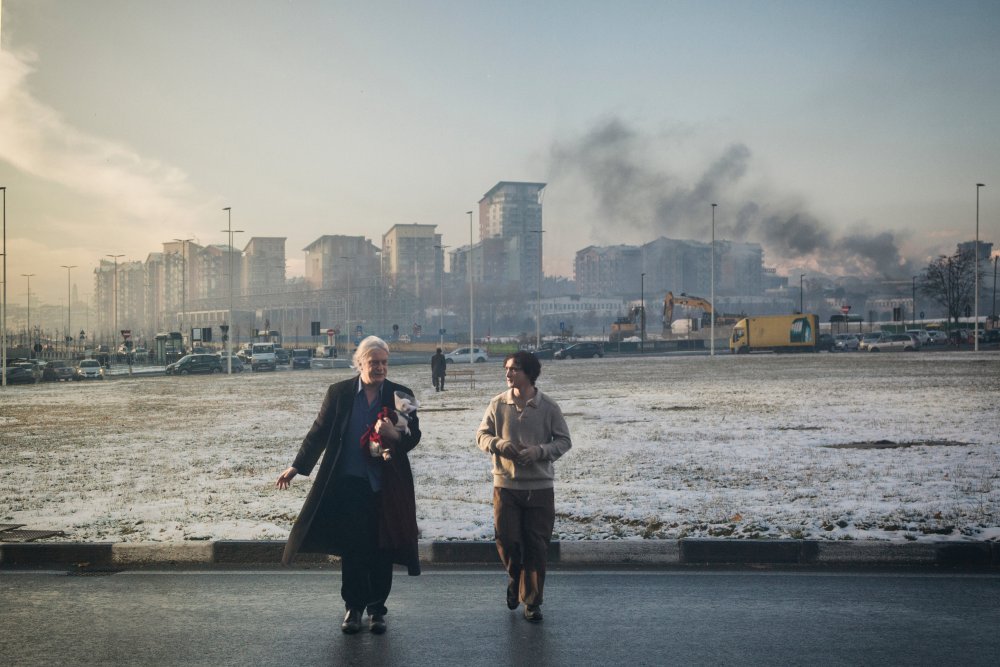 Tardiolo with Tommaso Ragno as the adult Tancredi

Rohrwacher refuses the facile idea that things inevitably get better with time, instead tracing patterns of persistence and mutation across these two economic systems. With the end of sharecropping, the workers gain a kind of freedom, but it is the freedom of competing each morning to make the lowest bid for a day’s wages picking olives. The unflagging deference of the poor to the rich doesn’t end, nor does the workers’ tendency to act against their own class interests, but the closeness to nature wanes. Happy as Lazzaro complicates a conventional belief in progress while avoiding a simple romanticisation of servitude as pastoral idyll. This allegory might risk being hollowly diagrammatic were it not rendered with such care for the specific details of life and character – for the joy of a meal eaten together, the exertions of work, the entitlements of the rich or the manipulations of those (wrongly) presumed to be friends.

Near the end of the film, the former peasants enter a cathedral to listen to the music, only to be ushered out. Even if Rohrwacher references the religious figure of Lazarus, her humanism is unambiguously secular; the Church, too, has abandoned the poor. When Lazzaro exits the cathedral, the organ ceases to function. Wind blows in and the music leaves with him, following the group as they push their broken truck down the road.

This miraculous testimony to Lazzaro’s munificence only intensifies as the film reaches its tragic and exhilarating climax. In a masterful, enchanted ending, Happy as Lazzaro tempers any plus ça change pessimism with a wild, undying hope for another way of being in the world, and strikes a final blow against the presumptions of linear time. Perhaps it is only when greed and self-interest reign that Lazzaro appears a holy fool; perhaps another time will come when we will all be as happy. 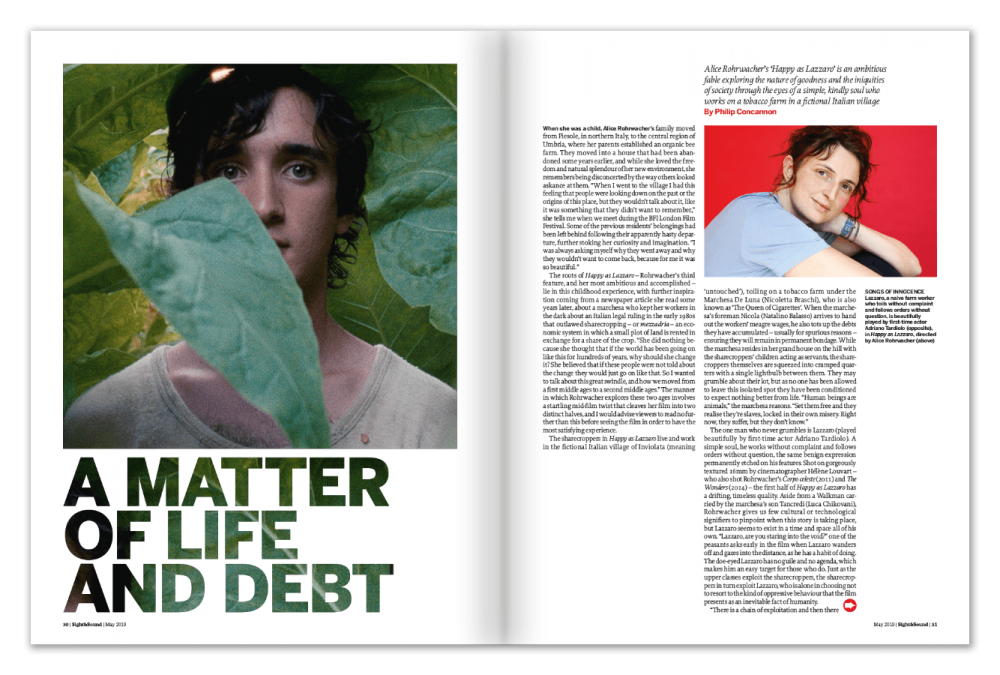 A matter of life and debt

Alice Rohrwacher’s Happy as Lazzaro is an ambitious fable exploring the nature of goodness and the iniquities of society through the eyes of a simple, kindly soul who works on a tobacco farm in a fictional Italian village. By Philip Concannon.

Related to Happy as Lazzaro review: Alice Rorhwacher holds a holy mirror to the persistence of injustice