Film of the week: Wild Tales 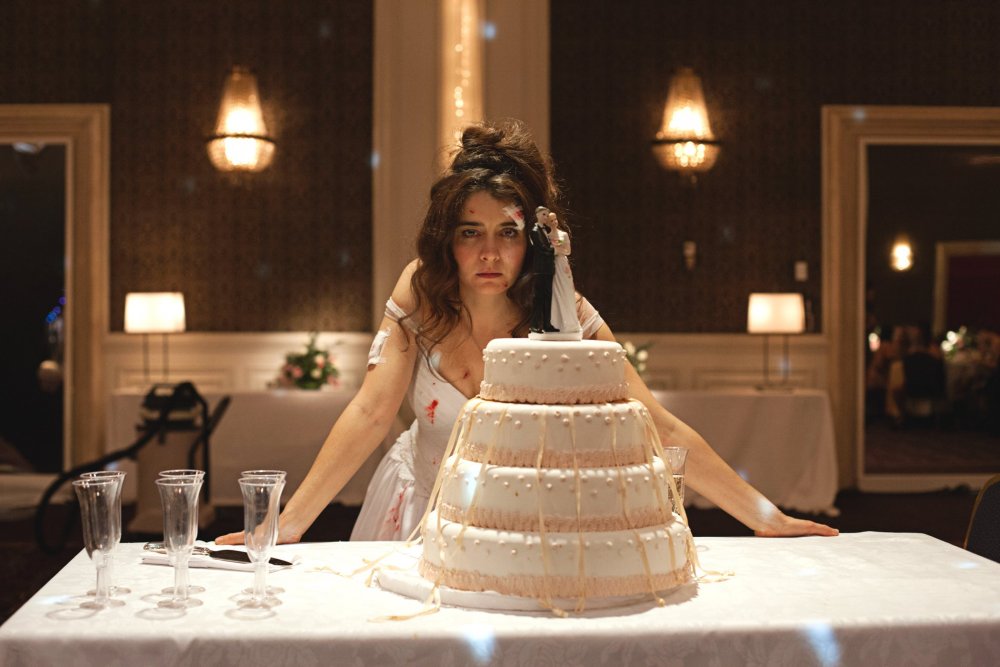 Most of us have been in situations where we feel powerless and frustrated by the unfairness of it all, to a degree that we might either lose control completely or find another way to unleash our resentment. In Argentine Damián Szifrón’s festival hit Wild Tales, his protagonists simply choose to explode – regardless of the consequences. The result is a funny, dark, hugely enjoyable film that made quite an impact at last year’s Cannes Film Festival, despite (or perhaps because of) being such an unusual choice for the main competition: commercial, genre-oriented, a grotesque black comedy and an anthology to boot. Wild Tales ticks each of those boxes but is, above all, great cinema.

Writer-director Szifrón has admitted the influence of famous anthologies such as Spielberg’s Amazing Stories, New York Stories (with its segments by Scorsese, Coppola and Woody Allen) and, in literature, J.D. Salinger’s Nine Stories – a list to which we should probably add, given Szifrón’s background as a veteran TV director, the classics Tales from the Crypt and Alfred Hitchcock Presents.

As with the latter, Szifrón opens his film with a short, sharp prologue, in which a group of air passengers come to a collective, and disastrous, realisation about the pilot of their plane, thus perfectly setting the tone – vertiginous, giddy, fatal – for the otherwise independent five wild tales that follow. And despite their different genre trappings – road movie, melodrama, thriller – the stories also share Javier Julia’s striking cinematography and Gustavo Santaolalla’s equally excellent soundtrack, not to mention an altogether superb line-up of Argentine actors. Leonardo Sbaraglia (star of Intacto) plays the hot-headed businessman involved in a rapidly escalating road-rage incident in El más fuerte (The Strongest One); María Onetto (star of Lucrecia Martel’s The Headless Woman) plays the watchful wife whose husband tries to buy their son out of his responsibility for a fatal car accident in La propuesta (The Proposal); and Ricardo Darín (Nine Queens, The Secret in Their Eyes) is a man who slowly but surely loses everything trying to fight the system, after his car is unfairly towed away several times, in Bombita (Little Bomb). 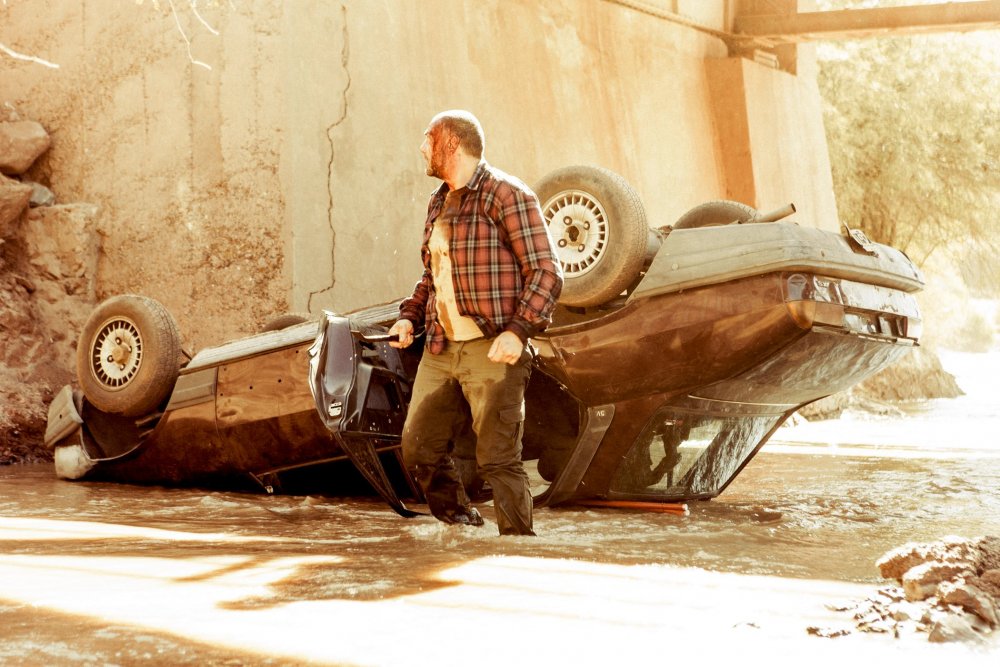 That the co-producer of Wild Tales is Pedro Almodóvar’s company El Deseo won’t come as a surprise, since the film displays a politically charged variation of the grotesque that feels particularly Spanish and Goya-esque in flavour, familiar from the filmographies of Luis García Berlanga and, more recently, Alex de la Iglesia and of course Almodóvar himself. The humour of Wild Tales is pitch-black, its irony razor-sharp, its sarcasm painfully perverse and its unpredictability ludicrous, violent but also bitingly funny, building a sense of the absurd in which everyday incidents can rapidly escalate into full-blown consequences without stretching our credulity. In fact, much of the pleasure of Wild Tales lies in watching a group of characters caught up in situations we can all relate to, pushed beyond their limits and into the realm of primal responses.

Underlying every exaggerated action and reaction is a desire to break free from what Szifrón refers to as the “capitalist cage”, an imprisonment that is mainly a threat to middle-class aspirations and status to judge by the protagonists here. The emphasis is squarely on a society dominated by selfishness, injustice, betrayal, corruption and materialism – but thanks to Szifrón’s light touch, the overall effect, though darkly excessive, is always kept crisp and fresh in tone. Each morsel of well-rounded, perfectly structured storytelling becomes part of a coherent, exuberant whole, linked as much as anything by a potent political anger directed against inequality and abuse, be it emotional, physical or economic. 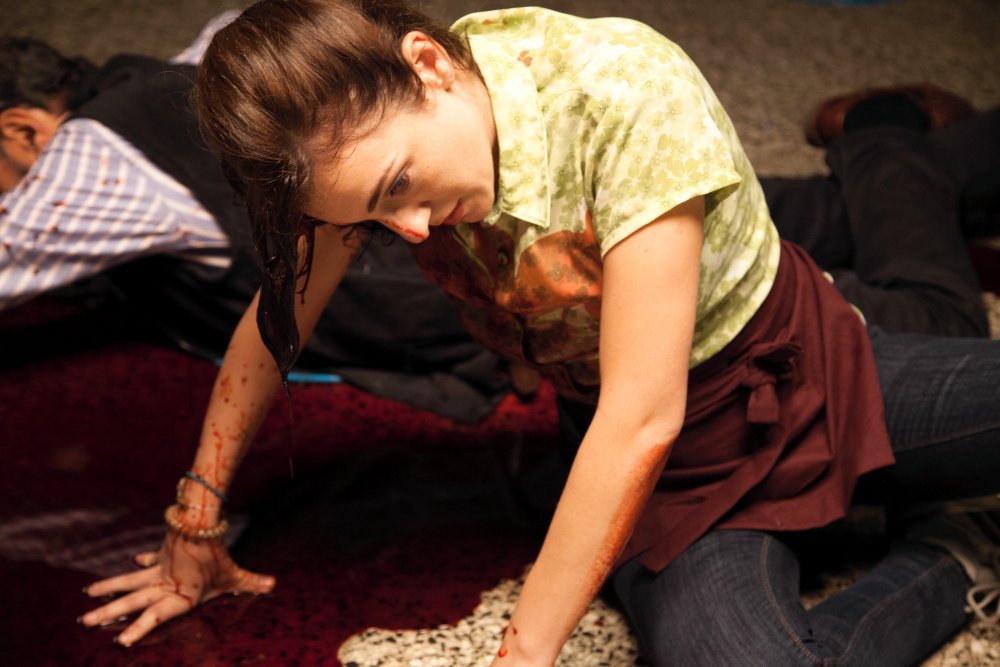 Our exit from this dog-eat-dog universe comes courtesy of the exhilarating Hasta que la muerte nos separe (Till Death Do Us Part), which thrusts us into the midst of a volatile wedding reception that vividly descends into chaos, revealing in the process just how thin the membrane of social and familial convention can be. Just before the official ‘waltz’, the bride discovers that the groom is having an affair with one of his colleagues, also a guest. Distress and a sexual epiphany ensue, paving the way for a dizzying payback in which the bride’s whiplash response not only perfectly encapsulates the forms of cathartic vengeance and destruction that all the characters in these stories reach for, but also colourfully displays the film’s most attractive trait – what Szifrón calls “the undeniable pleasure of losing control”.

Related to Film of the week: Wild Tales