Film of the week: Run All Night

from our forthcoming May 2015 issue 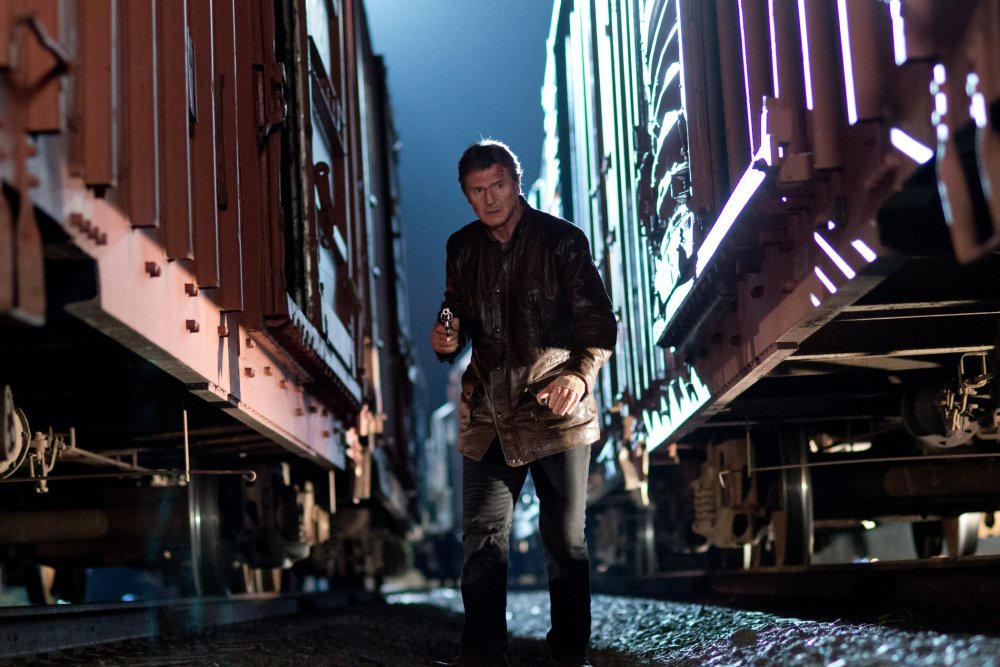 Run All Night, bookended by scenes in a boxing gym, is a fine piece of stick-and-move filmmaking, trained down to the last pound, combining solid fundamentals with a healthy measure of brio. It’s another Liam Neeson actioner in which his beleaguered patriarch has to save an imperilled family member, though the similarities are less important than the crucial difference – this isn’t Olivier Mégaton directing but Jaume Collet-Serra, one of the most reliable directors working today at what Andrew Sarris referred to as the ‘Expressive Esoterica’ level.

Run All Night is Neeson and Collet-Serra’s third pairing, after Unknown (2011) and Non-Stop (2014) – all films that make use not just of Neeson’s mighty-oak physique but also of his awkwardness and mournful gravity. Neeson begins this latest collaboration as a worthless, humped-over lush; roped into a humiliating stint playing Santa Claus at a Christmas party for his old boss, he even fouls that up. Once a prolific hitman, Jimmy Conlon has outlived his taste for killing and thus his usefulness, and now soaks up Jameson’s in the pub that serves as base of operations for Shawn Maguire (Ed Harris), Jimmy’s employer-turned-benefactor – they came up together in Hell’s Kitchen, went into the service together and then did a lot of crime together.

One night Shawn’s son Danny (Boyd Holbrook) tries to kill Jimmy’s estranged son Mike (Joel Kinnaman), and Jimmy kills Shawn’s boy instead, launching a blood feud that will be played out in the space of a single night. The muscle memory in Jimmy’s trigger finger snaps back into place, and away we go.

I’m sticking to the point, which is what Collet-Serra does. At times it seems as if his MO is to see how much he can cut down each shot, to the very last frame, while still maintaining legibility, even in the film’s repeated helicopter aerial city views, here resuscitated from cliché by the jagged abbreviation. 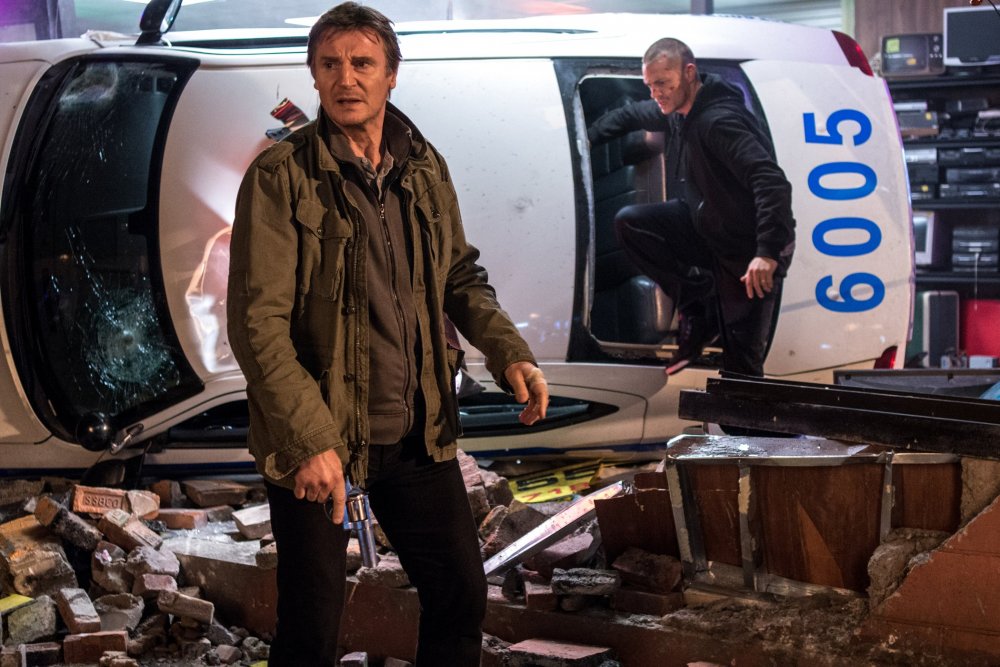 The effect of this is a lucid yet propulsive movie, an early high point being a car chase that passes along the Brooklyn-Queens Expressway, through oncoming traffic on Jamaica Avenue and right into a storefront, always kept wobbling on the precipice of total chaos. In scenes like this, Collet-Serra manages to suggest canonical American action directors of the 70s such as William Friedkin and Walter Hill while never slipping into fealty – I mention Hill because I don’t think you can stage a punch-up in a subway restroom without thinking about The Warriors (1979), though JCS introduces the particular innovation of strangulation by hand-towel.

In other set pieces, eye-catching visual anchors – flaming torches or laser sights – are used as points of reference with which to diagram the action. Both of the scenes mentioned involve Mr Price (Common), a hired killer who wastes cops with impunity in a film that, before his appearance, has maintained a fairly conservative body count. Just as Collet-Serra pushes the limits of coherency, he also tests how far he can push his film from its established realist trappings without knocking the entire edifice down into a mire of preposterousness.

Here the concrete emotional foundations he sets down for his material go some way. For as long as he’s been able to command the budgets to do so, he has populated his casts with reputable actors and, rather than being content to collect the capital of their prestige, elicits performances of unusual conviction from them; treating genre material in deadly earnest, he expects the same of others. Vera Farmiga and Peter Sarsgaard were the victims of the unblinkingly cruel Orphan (2009); Unknown benefited from a wary reunion between old pros Bruno Ganz and Frank Langella; here, it’s Harris and Neeson, both as good here as they’ve ever been in the serious movies that pseuds wish they’d get back to. We also get an alarming appearance by Nick Nolte as Jimmy’s unkempt brother, who lives at home with mom, sporting a Hemingway beard, ponytail and mouthful of broken teeth and wearing a tatty old cardigan open to expose a bare, pink chest – if you have ever lived in the dregs of vinyl-siding Irish New York, the character may be immediately recognisable. 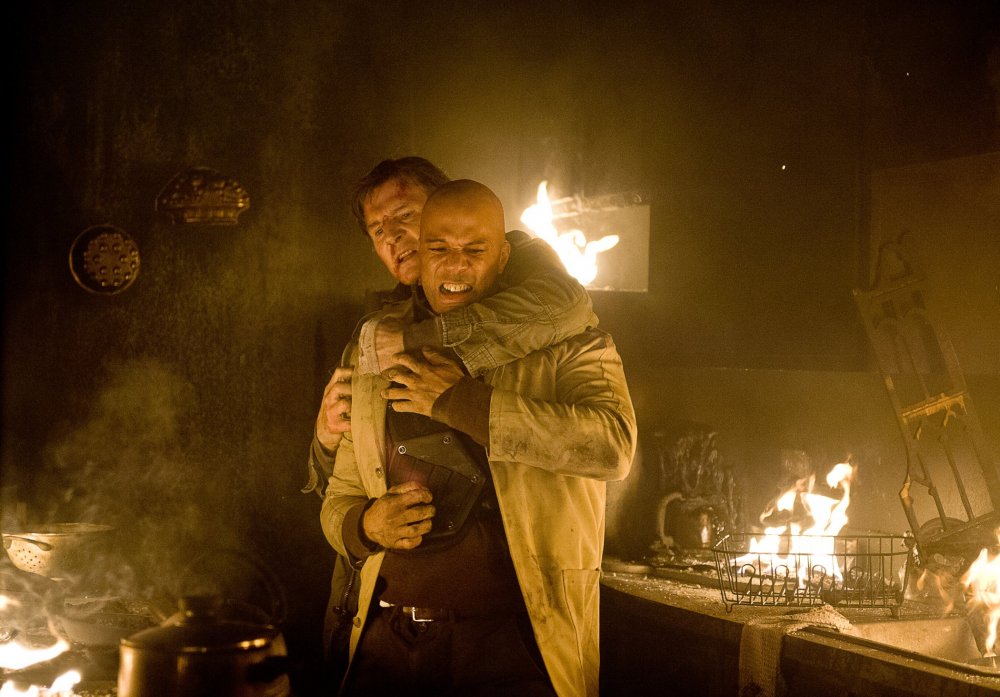 Run All Night takes place for the most part in a composite Brooklyn-Queens where every residence looks out on an industrial zone or an elevated train line, traversed by swooping camera moves that transition between scenes. Minor liberties are taken with city geography and the timeline, though Collet-Serra is mindful of maintaining certain unities: the action takes place over one rainy December night, while the background detail of a hockey game at Madison Square Garden later becomes a plot point.

NYC is not, as the film would have you believe, plagued by winter thunderstorms, but the film is otherwise scrupulous in detail work – Jimmy giving a primer in opening a locked car with a shoelace, or using his intimate knowledge of every corner of his local pub to smoke out Shawn’s goons. Such moments are precious: the talking point today will be about how Run All Night is one of many Neeson action movies, but what will be remembered years later is that it’s one of the best.

Related to Film of the week: Run All Night