Film of the week: Hell or High Water 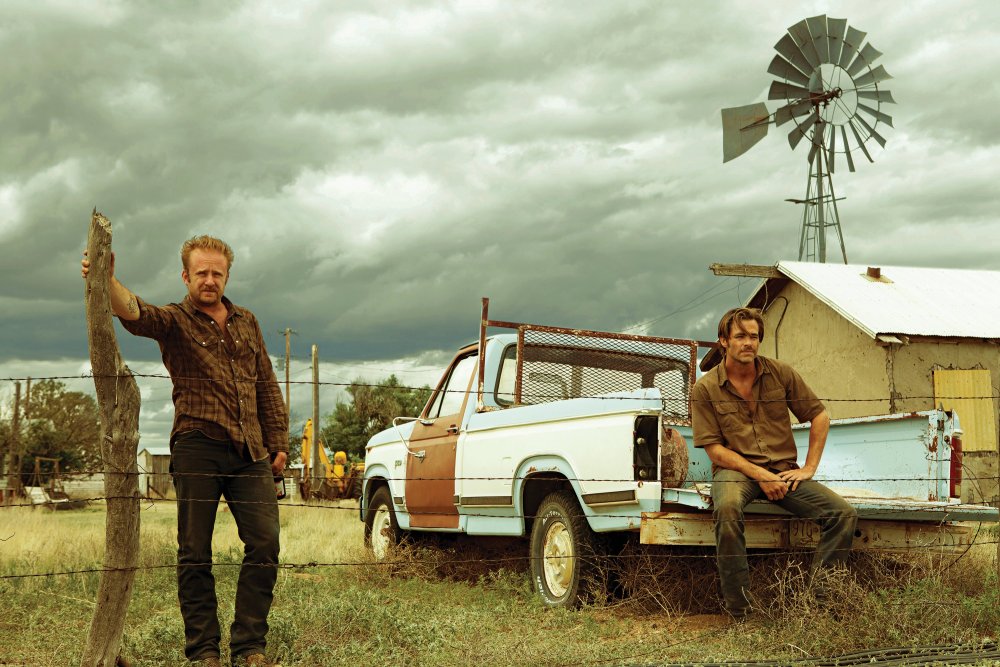 They still wear cowboy hats and carry guns, but the continuity between today’s Texas heartland and the mythic western landscape that looms large in the American psyche may now be largely symbolic, if the stringent times faced by Chris Pine’s family ranch are anything to go by. The property will soon belong to the bank unless sufficient funds are forthcoming – which prompts Pine and his volatile ex-con sibling Ben Foster to summon the outlaw spirit of yore and rob a string of the very same bank’s branches to raise the cash. From Wild West to current malaise, there’s a strong sense of Texan cultural history making its imprint on this crime thriller, which is cannily pitched so that the audience will likely have more sympathy for the renegade protagonists than for the acquisitive financial institutions that have gained such rich pickings from the area’s recent downturn.

Not that Jeff Bridges’s veteran Texas ranger is one for such moral ambiguities. He’s the sort of man for whom right and wrong are still in the same place they always were. And Bridges here delivers another masterly late-period character study of a steely, wise old-stager whose abrasive banter with his Native American-Mexican partner Gil Birmingham masks deep affection and loyalty.

In this instance, the law’s no fool, and it doesn’t take Bridges that long to twig the pattern of the robberies, as volatile Foster’s trigger-happy behaviour causes Pine’s meticulous plans to unravel. There’s plenty of nifty procedural action, too – the brothers visiting the nearest casino, for instance, to buy up chips with their ill-gotten gains and then cash them in for untraceable notes – thus giving the piece’s heist-flick elements a spring in their step. However, as was also evident in actor-turned-screenwriter Taylor Sheridan’s previous cross-border drugs thriller Sicario (2015), it’s ultimately a thorough investment in the whys and wherefores of place that makes this particular offering so satisfying and distinctive.

There’s an early scene, for instance, where taciturn Pine shows Foster the now empty room where he tended to their terminally ill mother while the latter was in jail, the virtually derelict remainder of the ranch betraying a long losing battle still very much readable in Pine’s revelatory performance. Here’s a character not disposed to giving much away – indeed, director David Mackenzie adeptly plays one key emotional moment as he looks away from the camera entirely – but Pine lets us know that his sense of criminal purpose comes from a simmering anger and resentment at having played his life by the rules only to find himself with nothing to show for it. Elsewhere, as the camera travels through small towns peppered with vacant retail units, and Nick Cave and Warren Ellis’s score delivers its own knowing take on honky-tonk melancholy, we certainly sense a bitterness in the air from communities feeling left behind. 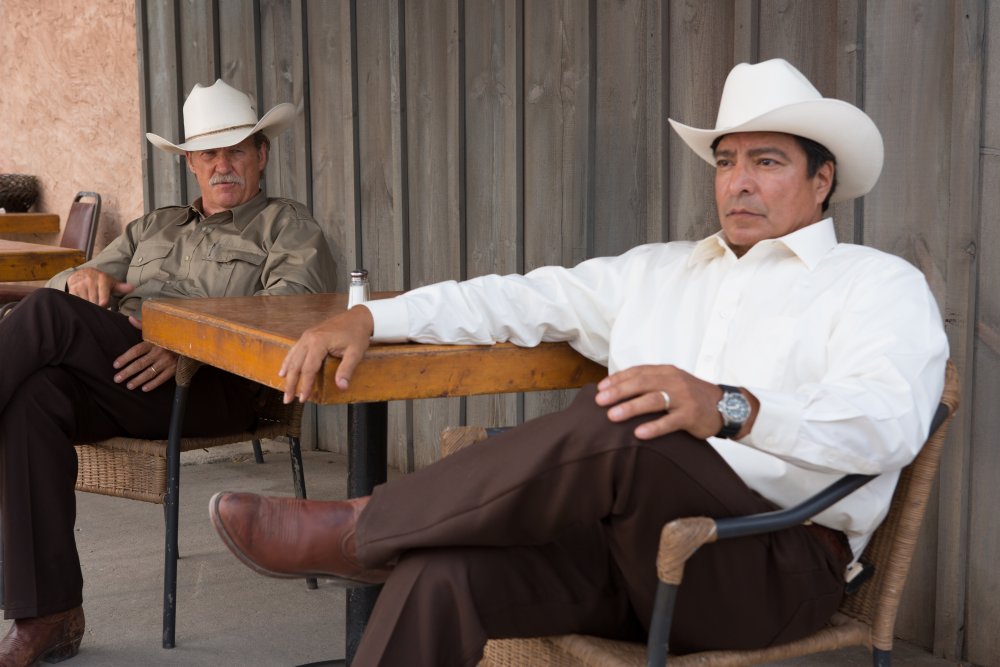 This in turn might help to explain how the mythology of the gun-toting, self-determining cowboy still holds such appeal in these parts. Perhaps the most memorable sequence of all, and one possibly betraying the directorial sensibility of an outsider confounded by the resilience of America’s ongoing gun culture, has the two siblings riskily knocking off a larger bank branch at a time when it’s filled with customers – the vast majority of whom are packing weapons. As the robbers take flight, these ordinary citizens spontaneously filter out into a posse/motorcade giving chase, the right to self-defence and the possibility of a restorative act of heroism seemingly hardwired into their DNA. However, as Foster whips out military-grade weaponry in response, and bullets find their target, we see the bloody, inevitable consequence of the right to bear arms: events turn into an outdoor standoff that is redolent of yesteryear’s westerns and that powerfully plays off the character conflicts the story has laid in place with such care.

Mackenzie’s calm sense of spatial coherence certainly pays rewards here, as it does throughout the movie’s outbursts of action, always sinewy yet lucid and avoiding today’s seeming default mode of handheld bluster. He also effectively trusts the underlying emotion in the writing, especially when it comes to the world-weary but very real bond between the two siblings, hanging back in reserve rather than crowding out his performers. He’s a filmmaker who has worked his way through an array of genres and honed his skills as he’s progressed, and the whole movie offers ample evidence that this oft-undervalued Scot has stealthily achieved an unassuming but utterly genuine mastery of his craft.

Related to Film of the week: Hell or High Water