Film of the week: Far from the Madding Crowd 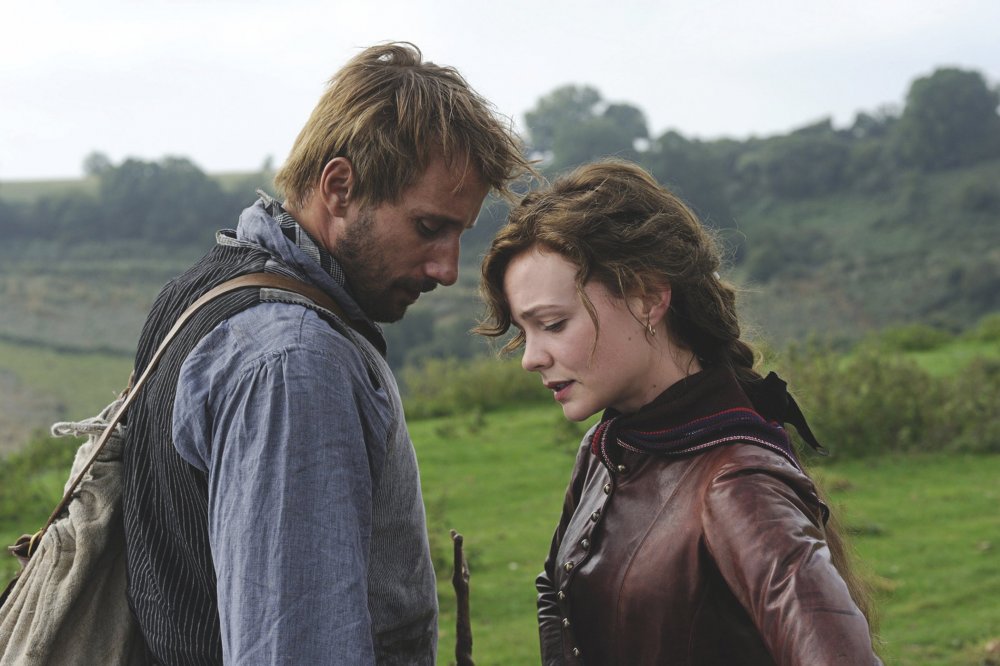 Danish director Thomas Vinterberg returns to the themes of innocence and answerability explored in his contemporary-set The Hunt (2012), with an adaptation of a novel not touched in cinema since 1967: Thomas Hardy’s Far from the Madding Crowd, published in 1874.

This is Vinterberg’s first period drama, his third English-language film, and surprising new territory for the co-founder of Dogme 95. His Festen (1998), for which he took no directing credit, inaugurated the movement, which – among other principles – prohibited genre films. Nevertheless, just as French filmmaker Pascale Ferran’s Lady Chatterley (2006) – another adaptation of a key English novel by a non-native director – impressed with its perspicacious rendering of an allusive landscape not her own, so Vinterberg’s otherness has opened his eyes to the distinctive Dorset setting of Hardy’s beloved book.

Working in Vinterberg’s favour, perhaps, is that Hardy’s Wessex – setting for many of his major novels – is fictitious, a “realistic dream country”, as he put it in his preface; a pastoral stage in south-west England on which to pit his heroine, Bathsheba, against three rival suitors: the shepherd Gabriel Oak, the landowner Mr Boldwood and the soldier Sergeant Troy. The story is a battle of wills, in which Bathsheba – played here by Carey Mulligan – bolts from societal pressure to marry, making her choice when she is good and ready.

For many viewers, Vinterberg’s film will come equipped with multiple filters: that of the book, and of the – until now – definitive screen adaptation, John Schlesinger’s 1967 adaptation starring Julie Christie in the principal role. Any modification Vinterberg makes is easily observable. And indeed, the subtle inflections he gives to character and action – to support his overarching outlook – are made starker by the film’s beginning: an almost scene-by-scene remake of Schlesinger’s. Owing to the doubling of these establishing scenes, the discrepancies between Christie’s character and Mulligan’s are clear, and their difference impacts the politics of blame that underpin each film. Where Christie primps in the mirror at the approaching figure of Oak, about to make his marriage proposal (the first of many for Bathsheba), Mulligan coolly washes her face. Upon inheriting her uncle’s farm, this Bathsheba handles the reins of her horse and trap, hat-to-toe in cinnabar-red. Christie, by contrast, is chauffeured to her fresh start of fiscal responsibility and, twisting in the bench-seat, waves gaily behind her. 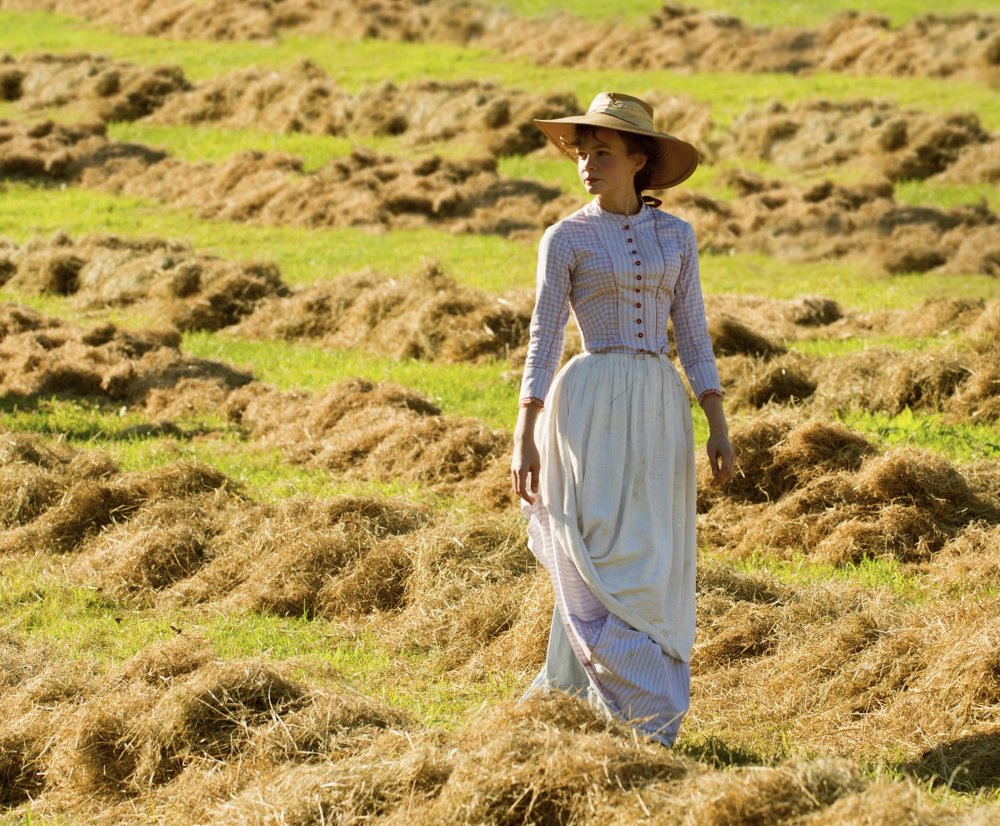 No adaptation of Hardy’s novel can help but address the question at its core: how much is Bathsheba at fault for the tragedy that befalls two of the men who would wed her? Does the manner in which Bathsheba keeps Boldwood at arm’s length abet his slavish adoration? Or does his idealising, all-consuming love cause him to take leave of logic and bring misfortune on himself and others?

Vinterberg’s version shows us a woman whose priority is to be always in possession of her senses; whose vanity is one of high self-regard rather than one of appearance. By making her more self-aware, less frisky than Christie’s gambolling girl, he tempers the suggestion that she has kindled the chaos with flirting. Rather, the wording of her candid rejection of Oak is key to this Bathsheba: she could countenance being a bride, if it didn’t mean being a wife. She wishes to be at the heart of things, but wants nothing to do with the people who could put her there. It is for Bathsheba to learn over the course of the film that there are few experiences worth having that do not encompass other people, and that she cannot control their behaviour by bravado, poise and outspokenness – as righteous and radical as these qualities may be in a 19th-century female.

While David Nicholls’s script subverts the period’s perception of the female temperament – hysteric, delicate, emotional, passive – by pressing it on the men of the film, Vinterberg destabilises the Victorian notion of a woman’s role with his camerawork. There are far fewer close-ups of Bathsheba’s face than to be expected in a film of this genre. Vinterberg doesn’t fawn on his heroine, and when he does close in, the camera’s gaze is frequently deflected elsewhere, towards the object of her eye. There are twin church scenes in which she and her lady’s maid hold sotto voce conference about Boldwood and Oak, who stand in titillating proximity to each other, the better for Bathsheba to make her comparison. Likewise, the film firmly traces her furtive marriage to the thrusting, boyish Troy to their first fleeting meeting in the perimeter woods of her property, when her dress becomes caught on his spur – or perhaps it is the other way around? As she holds the lantern up close to her quarry we see plainly that she likes a pretty face. 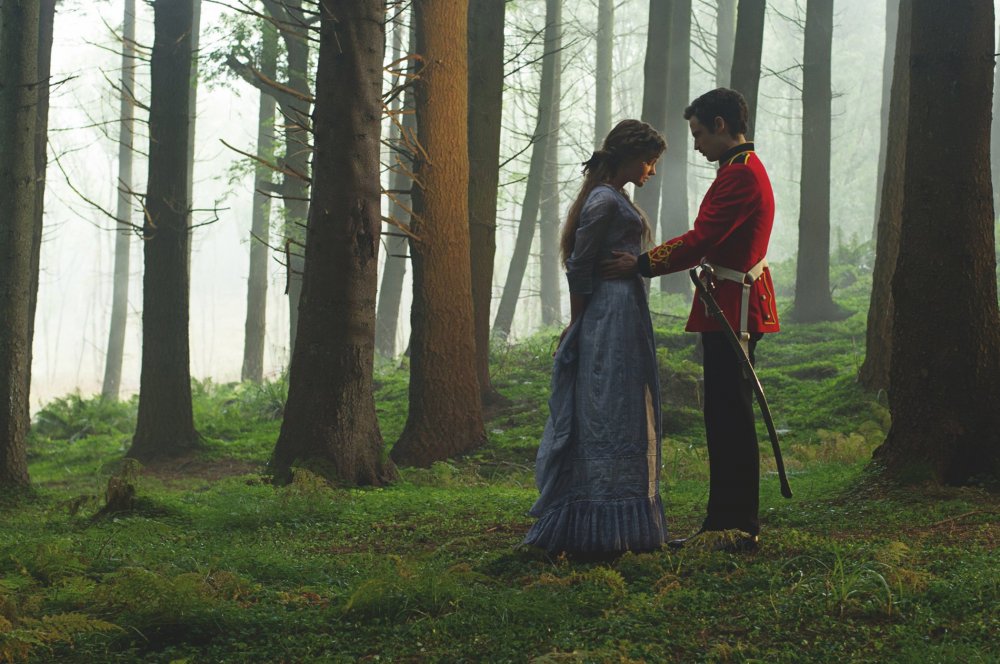 Mulligan is terrific in this role, her multivalent delivery of the dialogue doing much to enrich her character. There is genuine intrigue in watching Bathsheba – who seemed so impervious, a pillar of self-knowledge – contemplating going to a man she does not know; this Troy, a perfect stranger.

Vinterberg took a greater risk with the casting of his men. Oak – like Mr Darcy or Jane Eyre’s Mr Rochester – is a prototypically English hero, but the Belgian Matthias Schoenaerts brings the flint passion of his role in Rust and Bone (2012) to the long-suffering, persevering Gabriel. Meanwhile Michael Sheen makes Boldwood’s piteousness amusing and still succeeds in having us feel protectively towards his character. In a scene reminiscent of the Christmas dinner party in John Huston’s The Dead (1987), Boldwood rises to sing with Bathsheba, and we are breathless with hope that his ecstasies will not get the better of him and make him stammer his harmony.

Tom Sturridge may be the only weak link, too juvenile for Troy. And yet if at first he seems startled, exposed, by the camera, his unblinking delivery becomes by degrees the barefacedness of the part. Hardy’s self-dramatising Troy has a taste for revenge-play convention, and Sturridge’s crude acting style brings this quality to the fore. In one scene, his comely crying makes Bathsheba’s own pain an undercard to his main act. There is something of this outperforming to all the menfolk in the film that serves to make the oftentimes brittle Bathsheba more sympathetic. They have shinned her to heights of emotion she cannot reach, and there is great pathos in this.

If it weren’t enough that Vinterberg had revived this classic narrative with painstaking sensitivity so that it may better appeal to modern audiences, he has also made a film that is beautiful to behold. It is as though Vinterberg took inspiration from the agrarian paintings of Jean-François Millet, reproducing less the tableaux of works like The Sheepfold, The Potato Harvest and The Shepherdess than their qualities of light; their morning, dusk and night. His mise en scène is effectively intertextual, making Bathsheba a Persephone by dropping her under the canopy of a bluebell wood, to be tempted there by Troy into the Underworld.

The difficulty with adapting a book for film is that there isn’t the time to get to know our characters in the fullness of their original description. Through the accretion of small actions and details, we sit in intimacy with each of them, share in their seclusion. By the time they reach the screen, they are too often condemned to caricatures. By means other than lexical, Vinterberg has conveyed these complex persons to screen, and so in an industry saturated with low-grade period adaptations, his stands apart. May all our British novels be blessed with such a director.

Related to Film of the week: Far from the Madding Crowd