Anya Taylor-Joy is aptly brittle and doll-like as the haughty heroine of Autumn de Wilde’s polished and well-paced feature debut, which romps through a familiar plot and looks ravishing at every turn. 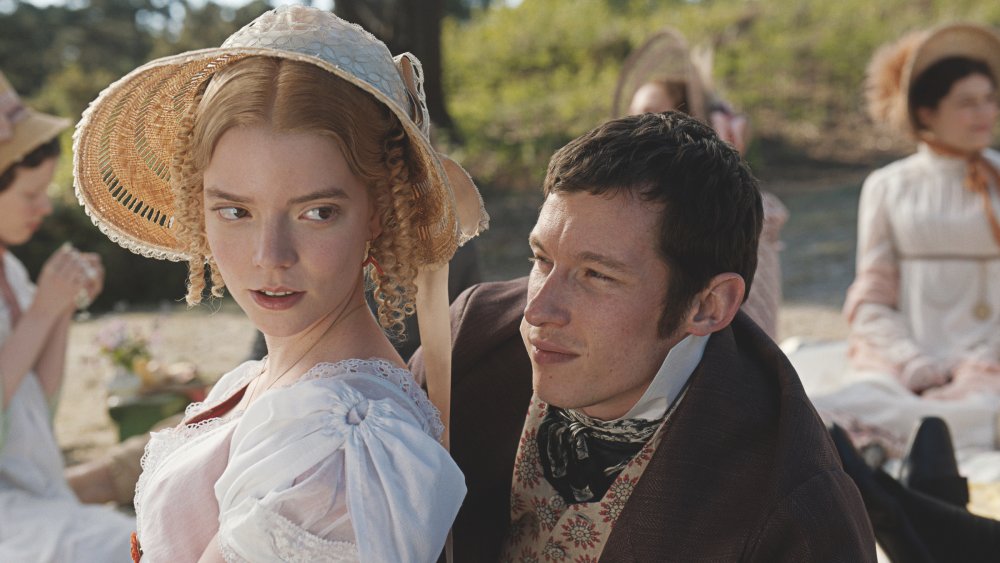 “I always deserve the best treatment because I never put up with any other,” observes charming control freak Emma Woodhouse, in Jane Austen’s novel. She’s treated positively splendidly in first-time director Autumn de Wilde’s smart, sumptuous but snarky adaptation, which serves up Austen’s frothiest romantic comedy as an Instagram-ready romp.

Rather than execute a bold millennial makeover, like the also much adapted Little Women, Emma revels in the class-conscious chain of romantic misunderstandings of Austen’s original. Unabashedly a style-led movie, it gifts Emma a Regency doll’s-house world of ravishing country estates with vast drawing rooms in sugar-almond hues, all wrapped in manicured parkland. Anya Taylor-Joy’s pert, appropriately doll-like Emma undertakes her meddling and matchmaking in costume designer Alexandra Byrne’s exquisitely detailed muslins and Empire-line pastel silks. Not since Marie Antoinette (2005) have the idle rich looked so appetising – though next to The Personal History of David Copperfield’s colour-blind casting, they also look very white indeed.

A resolutely stylish, sharp-edged film, it has brittle spots, one of them Taylor-Joy’s Emma, initially a snobbish queen bee with a mean streak. Her bickering romance with old friend Mr Knightley (a captivated but irritated Johnny Flynn) erupts with a start at a ball, where you can feel the temperature flare between them in lingering eye meets, a hand trailing on her waist.

From here on in, the film has some emotional heft, the plot twists that separate them more bite. Shot in shallow focus, or prettily profile to profile, they’re gradually separated from the throng. Though the film doesn’t always foreground female friendship, despite Emma’s protestations, late on it tears her satisfyingly between love and loyalty. There’s barely a bat squeak of proto-feminism here, with marriage and a fine house presented as every woman’s holy grail, yet the headstrong and opinionated Emma feels empowered in a distinctly 21st-century manner.