An Elephant Sitting Still review: a howl of desperate defiance 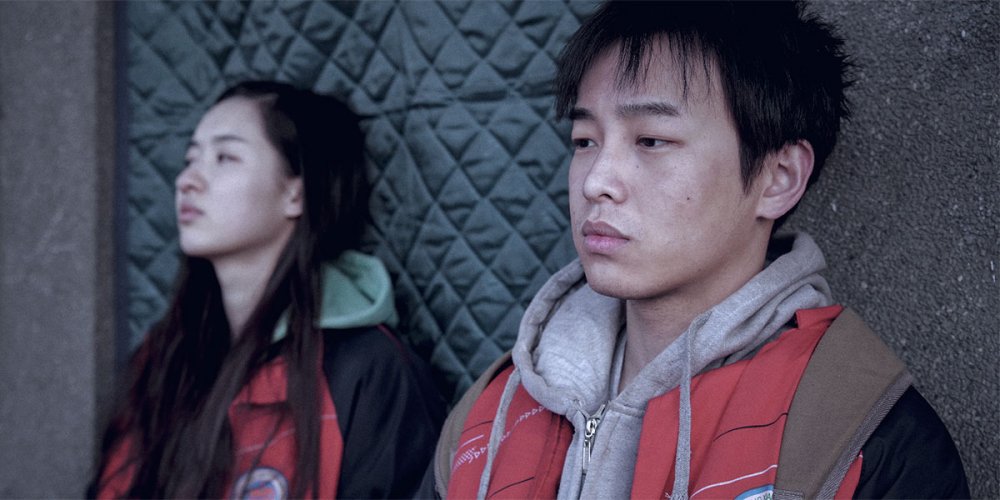 Hu Bo’s introspective, moving panorama of hopeless lives in a decrepit town in north-east China has become a landmark in modern Chinese cinema since its writer-director-editor took his own life in October 2017. As I noted in a brief S&S festival report last spring, An Elephant Sitting Still (Daxiang Xi Di Er Zuo) is not unique in exploring varieties of despair in modern China, but it brings a new emotional acuity and psychological insight to the issues. Its observations about school bullying, grudging relatives, aggressive neighbours and unprincipled behaviour in general are relatively commonplace. What makes Elephant exceptional is Hu Bo’s piercing sensitivity to private doubts and anxieties, and his ability to make them visible on the faces of his complex, credible characters. That, and his skill in dovetailing strands of narrative – potentially melodramatic in themselves – into something that looks and feels like heightened cinéma vérité.

Elephant follows the intersecting story arcs of four main characters, three of them currently living in the same crumbling sink estate. All four are introduced in the opening pre-title montage as Yu Cheng, visiting an upper-floor apartment on the estate for sex with the wife of his ‘best friend’, talks about the animal that gives the film its title. It’s the tale of a circus elephant which spends all day sitting and staring, immobile even when onlookers try to prod it into life. It later emerges that he heard about the elephant from the friend whose wife he’s been seeing – the friend who comes home unexpectedly, asks only if those are Yu Cheng’s shoes on the threshold, and then throws himself out of the window.

Yu Cheng makes a rapid exit to see if his friend really has died on the sidewalk below and subsequently feigns indifference to what has happened, although he puts on a show of concern for his late friend’s mother when she flies in for the funeral. He later blames an ex-girlfriend for precipitating the death by turning against him and thus driving him into the arms of the wife.

The ex treats this line of argument with the contempt it deserves and walks away, but it’s clear that Yu Cheng isn’t even kidding himself. He has two stereotypically macho right-hand men in tow but he’s a philosophical kind of gangster, never seen doing or saying anything violent. He says twice that he despised his younger brother Yu Shuai, but the family connection obliges him to do something when Yu Shuai ends up in hospital with what turn out to be fatal injuries. Hu Bo leaves no doubt that Yu Cheng’s poker face and calm manner bespeak inner turmoils. 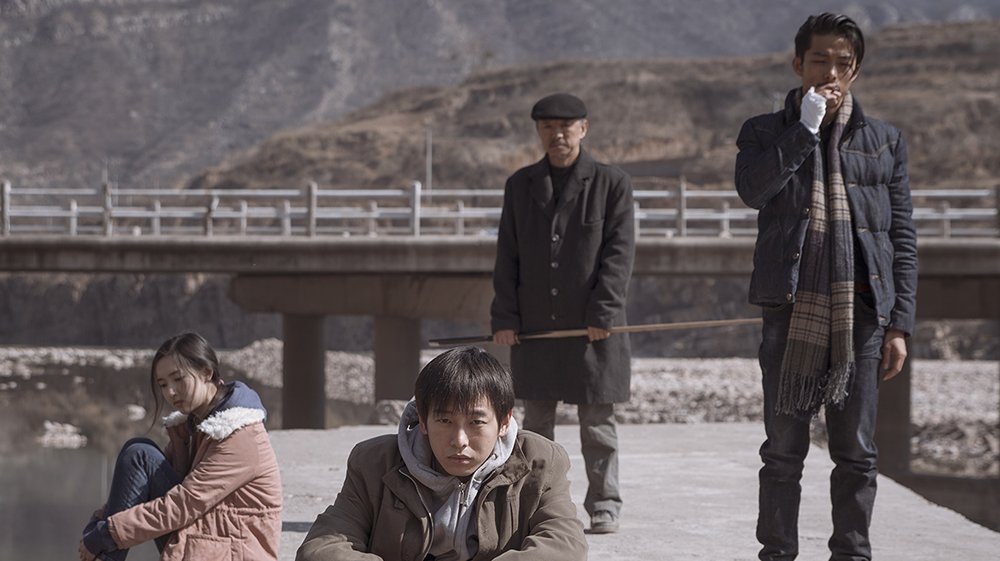 The film’s main focus is not on Yu Cheng but on the schoolboy Wei Bu, who lives in a constant state of war with his verbally abusive uncle and suffers two traumatic shocks in the opening scenes. The first shock is the discovery that his father is not the aggrieved innocent he believed him to be but a man fired from his job because he was involved in a bribery scandal; this revelation comes from the mouth of the bully Yu Shuai.

The second is the accident that sends Yu Shuai to hospital when Wei Bu steps in to defend his friend Li Kai from bullying. The viewer and Wei Bu himself both know that the boy didn’t push Yu Shuai down the stairs. But there was a slight physical clash, and Wei Bu did shove Yu Shuai just before his fall – enough to make Wei Bu fear incrimination and reprisals. So he spends the rest of the film on the run, first moving out of his aunt and uncle’s apartment, then deciding to flee to Manzhouli to see the circus elephant, unaware of the stories about its passivity.

He soon suffers a third shock: the discovery that his beloved grandma has died peacefully in her sleep – incidentally robbing him of the place where he expected to take refuge. And a fourth shock is just around the corner, when he learns that his classmate Li Kai has been lying to him. Wei Bu, too, bottles up his confusion and grief. The film isn’t optimistic about the boy’s chances, but his inner strength and determination give the plot its backbone. In large part, this is what makes Hu Bo’s vision so compelling. 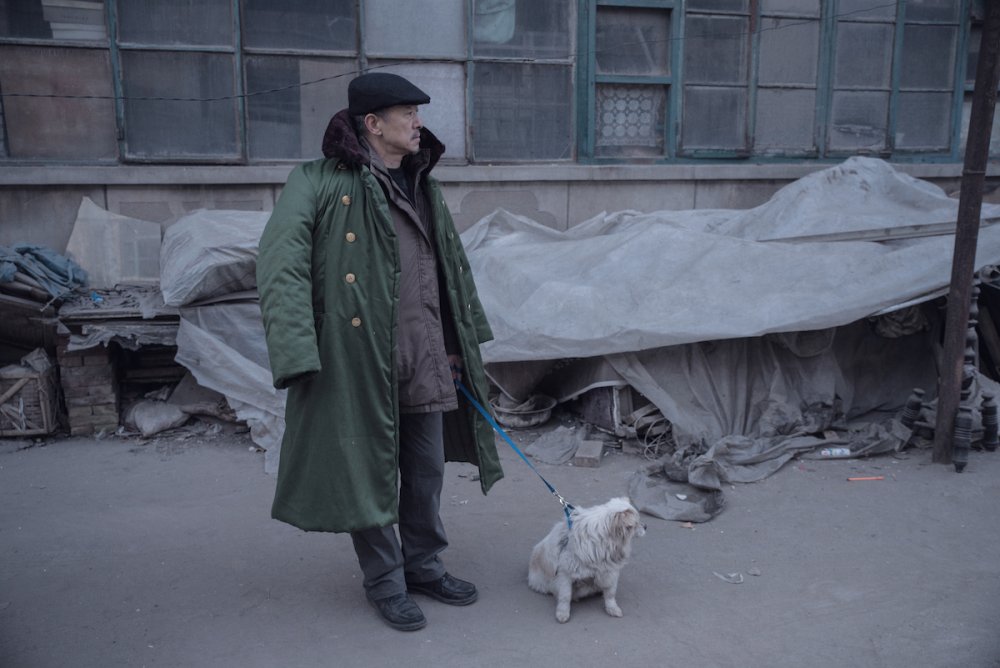 Two other characters with problems of their own flow through the film’s intricate plotting. One is the strong-willed schoolgirl Huang Ling, who is having an ill-advised affair with the deputy head of the school, partly to avoid her toxic relationship with her mother, long since abandoned by her husband. She knows and clearly likes Wei Bu, no doubt respecting his righteous responses to adversity, but is bored by his insistence on retreating to a derelict monkey house every time he wants a heart-to-heart with her. She opts to join the boy on his mad escape to Manzhouli only when she’s got herself into trouble by bashing the teacher with a baseball bat, a reprisal for dumping her when their affair is exposed.

The other is grandpa Wang, who shares his apartment with his daughter, her husband and their child and is shocked and resentful when his son-in-law urges him to move into a retirement home to make more space for his granddaughter. He, too, clashes with Yu Cheng and his henchmen over his attempt to help Wei Bu raise the rail fare he needs, but his most memorable episode in the story is his visit to the retirement home to check it out – a sequence as hellish as the tour of the hospital basement in the second part of Apichatpong Weerasethakul’s Syndromes and a Century (2006). Wang represents the film’s voice of age and experience.

Hu Bo crosscuts throughout between these characters’ storylines, using the occasional subplot (such as the tale of a runaway dog and its belligerent owners) both to extend the sense of a menacing environment and to cement the links between the story-strands. Each of the protagonists is or has been let down by someone they trusted, and each needs to find ways to cope with the setback, on top of their many other problems. In different scenes and contexts, both Yu Cheng and Wang reflect on the general shittiness of life; Wang also warns that it’s futile to imagine that things would be different if they moved somewhere else.

Elephant assuredly has death on its mind: four people die in the course of the story, only one of old age. The underlying vision is inescapably bleak. But the overall tone is far from pessimistic: the emphasis on stoic resistance, on inner fortitude, on faces grappling with moral doubts, makes the film much more engaging than, say, Peter Emmanuel Goldman’s profoundly depressing Echoes of Silence (1965).

Although it looks and behaves like an indie film, Elephant was in fact produced by the company Dong-Chun, founded and run by Wang Xiaoshuai (one of China’s pioneering indie filmmakers) and his wife. After Hu Bo’s suicide, they handed all rights to his parents – a decision now noted prominently in the end credits. The much-talked-about elephant does finally put in an appearance – aurally, not visually – when it’s heard bellowing over the final shot of bus passengers playing shuttlecock during a rest-stop in their journey to the end of the night – which, incidentally, looks like the only tripod-mounted shot in the whole film. I guess the bellowing is open to interpretation, but it sounds to me like a cry of rage and resistance.

Related to An Elephant Sitting Still review: a howl of desperate defiance