Downton Abbey review: on the big screen, the Crawleys serve trifle for our present nerves

from our forthcoming November 2019 issue 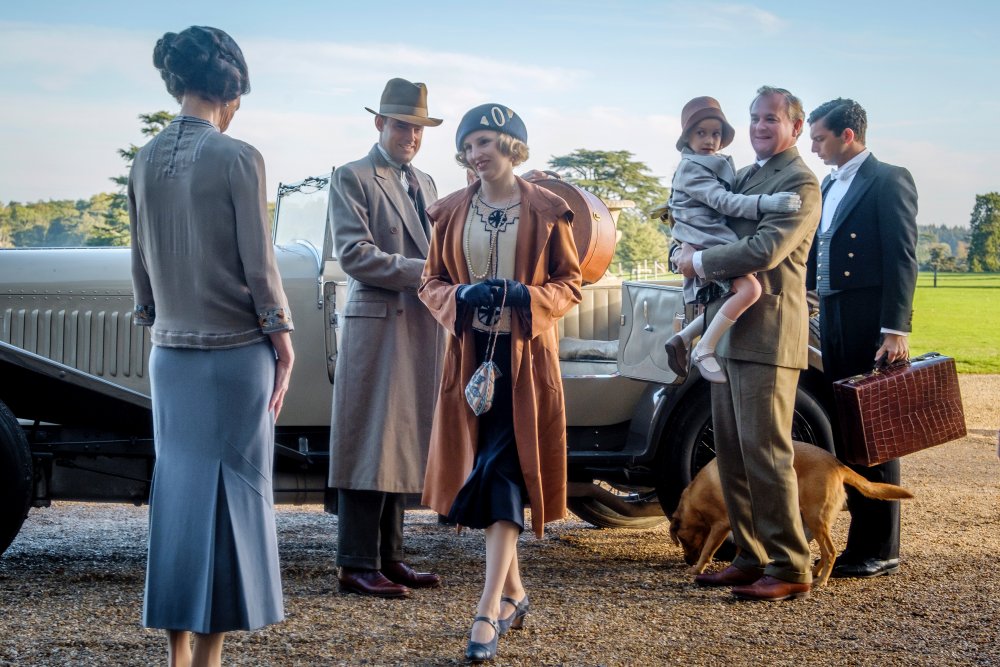 Anyone seeking potent big-screen analgesia in these troubled times need look no further than the cosy, highly crafted escapism of the Downton Abbey movie. Creator Julian Fellowes’s ITV period melodrama provided a similarly comforting, nostalgic distraction from the Great Recession during its wildly successful 2010-15 run. The historian Simon Schama may have damned it as a “steaming, silvered tureen of snobbery”, but the aristo-soap antics of the Earl of Grantham’s family and servants built a vast and loyal international following.

So, unsurprisingly, this theatrical sequel forms a suitably sumptuous capper to the TV series, free of the cynicism and class-conflict of Fellowes’s Oscar-winning country-house caper Gosford Park (2001). It’s more of a supersized TV special than a standalone feature, its carefully contained tale – of a royal visit roiled by staff unrest and a family feud – is designed to tweak rather than supplant previous storylines.

Fellowes’s self-assured script, following soon after the show’s 1926 finale, opts for a spread of TV-style subplots doled out across the film’s large ensemble cast. Layered like a trifle, these low-stakes stories cram in a disputed minor inheritance, a Downton servants revolt against haughty royal staff, plumbing disasters and a mystery pilferer. But it’s all thin stuff, seeming even thinner when stretched over a big screen, handsomely mounted settings and a two-hour span. Even the one hint of real jeopardy, a threat to King George V, is sketched and despatched with unseemly haste. Where’s the meaty melodrama that sustained six series of star-crossed and class-crossed romances, sudden deaths, secret children and battalions of blackmailers? 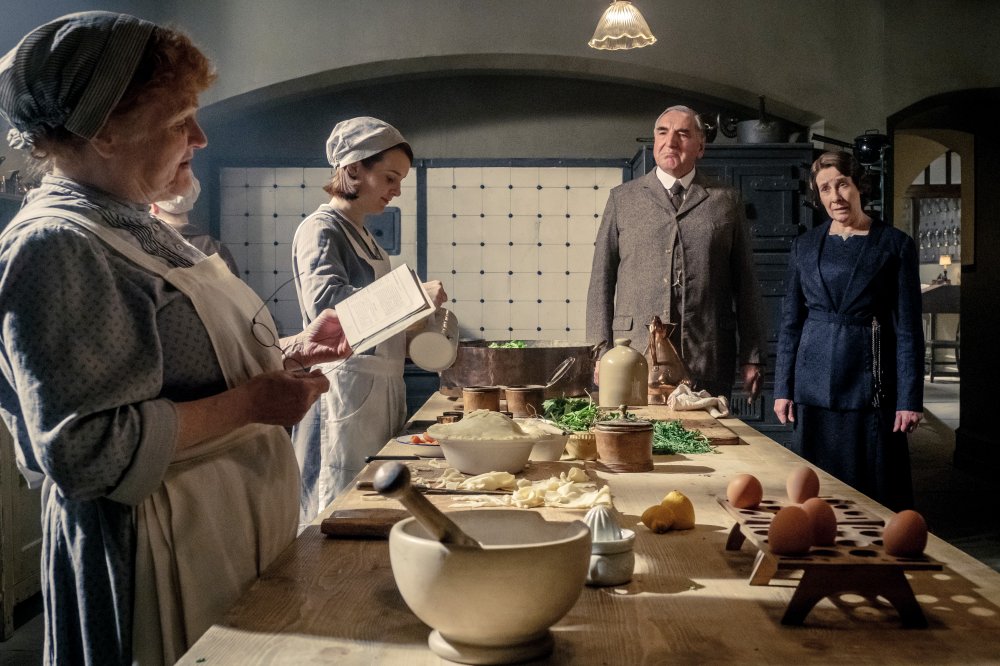 Banished, in favour of the importance of ‘the done thing’, the demanding protocol and pomp of a royal visit providing a testing challenge for Downton to shine as a united household. Director Michael Engler’s voluptuous visuals linger on the sunlit pageantry of a Yorkshire Fusiliers parade, Highclere Castle’s lush landscapes and glowing interiors buffed to a high shine by an army of servants giddy with royalist fervour (republicanism gets a cautious below-stairs mention). A stately, glistening spectacle of pre-war grandeur, lit up by Anna Robbins’s glittering flapper dresses, the film eschews the rocky ruling-class predicament of the 1920s in favour of arch nods at history. “My maid was rather curt with me – but she’s a communist at heart” is Violet, Dowager Countess Grantham’s take on the general strike.

There’s no shortage of zingers from Maggie Smith, Downton’s MVP, feuding with Imelda Staunton’s stern Lady Bagshaw in a clash of the tiara-wearing titans that is fun if flagrant fan service. Hugh Bonneville and other series stalwarts make the best of sparse plot rations with easy, confident playing, with only David Haig’s smilingly poisonous royal butler registering among the newcomers. 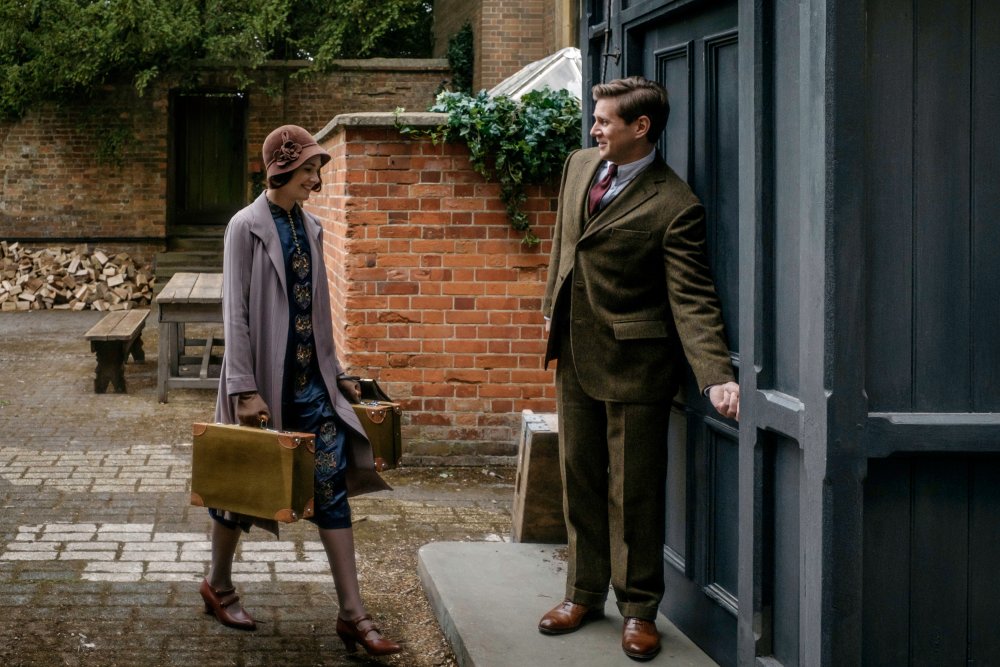 Tuppence Middleston as Lucy and Allen Leech as Tom Branson

Themes of hallowed tradition versus necessary progress are teased out in the trademark Downton mix of social liberalism and one-nation Tory paternalism, allowing for the heartwarming if anachronistic acceptance of an illegitimate child and a gay storyline for lonely butler Barrow. But maid Anna’s stirring defence of ‘noblesse oblige’ – dismissing Lady Mary’s weary thoughts of selling the house because “Downton is the heart of this community” – is designed to reassure the viewer as much as the chatelaine.

A wallow in the lavish living and moral certainties of Downton’s shiny imagined past, Fellowes and Engler’s film creates a vision of a politically and socially secure Great Britain that has rarely seemed further out of reach.

Related to Downton Abbey review: on the big screen, the Crawleys serve trifle for our present nerves