Django review: a cauldron of hot jazz and cataclysmic history 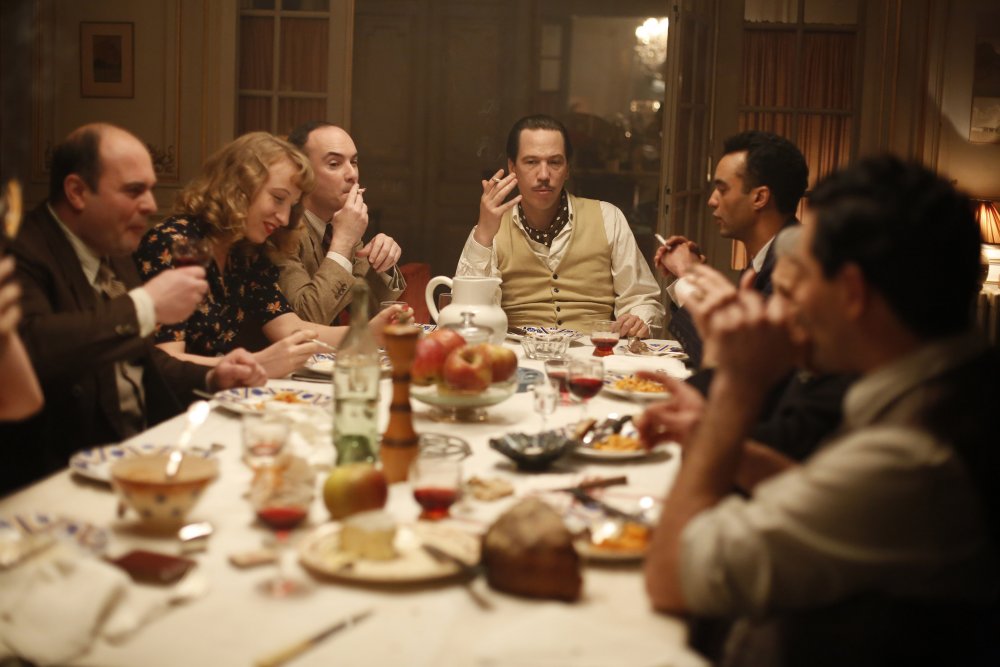 There’s a Romany word for the turmoil and trauma that Étienne Comar’s Django is set against: porajmos. It means ‘the devouring’. This apt and terrible term is used to describe the abrupt disappearance and systematic murder of gypsies in Europe. At the hands of the Nazis, it’s estimated that up to 50 per cent of the Roma and Sinti population were killed.

It’s within the rising horror of this historical moment that Comar drops us into the life of legendary guitar player Django Reinhardt. Born in a caravan and proud of his Romany roots, Reinhardt is credited with inventing ‘gypsy jazz’. In the 1930s, he played alongside luminaries like Louis Armstrong and Duke Ellington. Lightning-fast and boldly ahead of his time, he lived and performed in Occupied Paris under the watchful – if begrudgingly admiring – eye of the Nazis.

Django’s Sinti gypsy origin is the central focus of a film which might otherwise be called conventional. The stylistic rhythm of Django is familiar, particularly when concerned with his musical career. He boozes, philanders and dazzles adoring audiences as they crowd a grand Parisian music hall to see him play. Much attention is given to examining Django’s magical ‘plucking’ style and close-ups of his injured but deft hands. Actor Reda Kateb fills the frame through much of the film’s duration, lending an air of rascal charm and stubborn pride to the role. His elderly mother, who speaks almost entirely in the Romany language, is a tough-as-nails matriarch whose frailty belies her fearsome temper. Her portrayal of gypsy motherhood is memorably genuine. 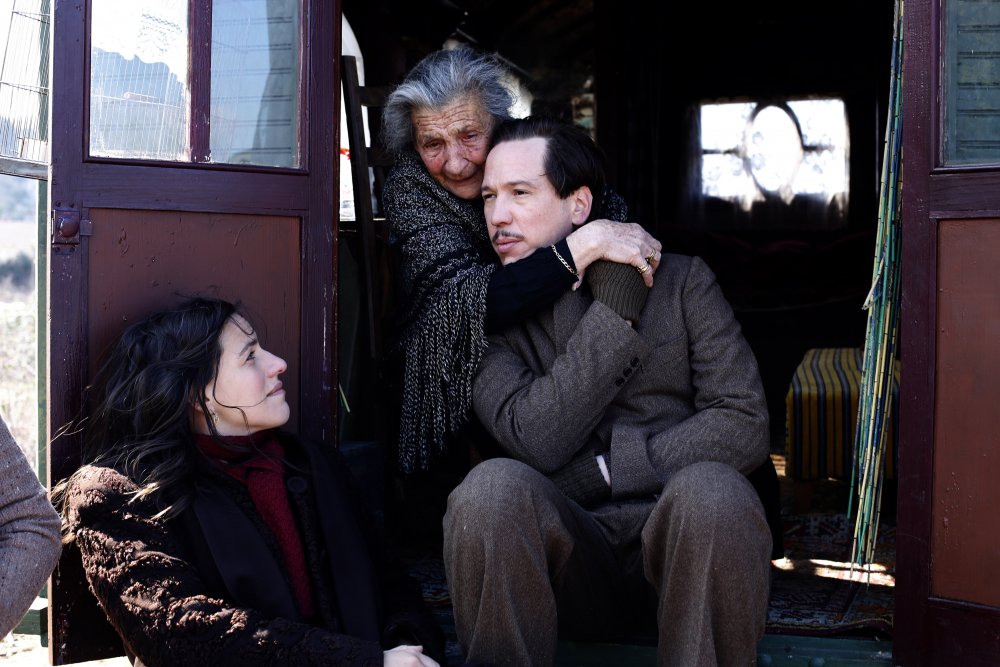 As Django performs for crowds of Nazi officers, he initially shrugs off the contradictory situation he finds himself in. He thinks of himself merely as an entertainer with no business in politics. So long as he and his family are living well, artistic responsibility is not his main concern. But his myopia is not purely borne of selfishness. “This is a Gadjo (non-gypsy) war. Gypsies didn’t wage this war,” he says adamantly. His long-marginal outsider status doesn’t easily allow him to join any cause. The enormity of the threat is difficult to grasp.

There’s one quiet tableaux shot, set in a doomed gypsy encampment, that may be the film’s most lingering image. Django stands by a dissipating campfire, looking down at it contemplatively. His wife Naguine, heavily pregnant and wrapped up against the grey winter chill, stands on the step of their wagon, watching him. The two lock eyes across the short distance. Their horses have been stolen, their people rounded up and sterilised – and this last physical fragment of their home and culture will soon be devoured too. Comar’s camera is eerily still.

To encompass Reinhardt’s huge cultural impact – as well as the overwhelming survivor’s guilt he must carry – is to make vivid both the strength and the suffering of his people. This is why, in spite of its pedestrian style, Django manages to be compelling. There’s an urgent impetus at the heart of this film, far beyond the realm of either flat period biopic or mere history lesson. Django takes on the perspective of what remains one of the most maligned ethnic groups of Europe. In so doing, it tells a story both triumphant and tragic.