Art is where Lynch’s heart is in this open-handed portrait of the filmmaker in his element. 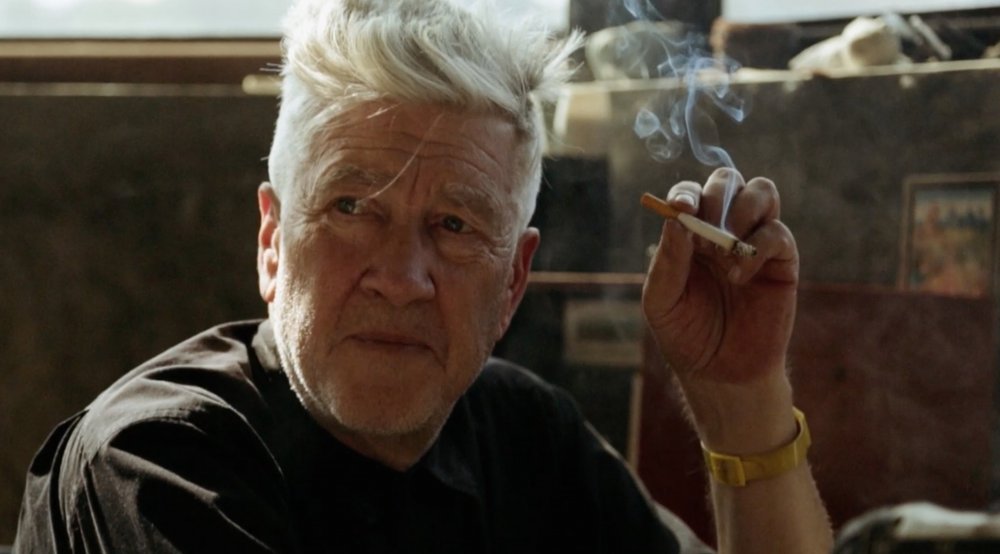 Let me state a truism: if you care about a subject enough and can see a documentary about that subject made by a very skilled and talented team – shooting, editing and sound all put together just so – it is amazing what you will actually watch with pleasure.

In the case of David Lynch: The Art Life, the first image puts you in the mood: a shot of the ageing director himself, in profile, sitting in his art studio – which, as we will soon learn, is his idea of the ideal life. His characteristic shock of grey hair is on top as he stares at a piece of his art off-screen and smokes. (Drinking coffee and smoking, Lynch realised, is what artists do.)

Much of the ensuing film is made up of shots of Lynch working hard on art pieces – fiddling with latex, smearing peculiar textures on boards and canvas, nailing applique objects in place. It does not always result in the most arresting imagery, but what compensates is that Lynch, mostly in voiceover, narrates his life more thoroughly, poignantly and evocatively than I’ve ever heard from him before.

There are also many often brilliantly manipulated shots of the works themselves – and here I have to confess I’m no great fan of his art, though its connection to the concerns of his films is clear and Lynch himself gives the paintings total focus and concentration. It’s obvious he is a man doing what he’s always loved to do, but more slowly and carefully than ever. You can see that his father’s insistence that the boyhood David should meet him halfway to match whatever he wanted from him has made Lynch into a very able DIY man, one who can carry on his work safely and intently while keeping one eye on his toddler daughter. 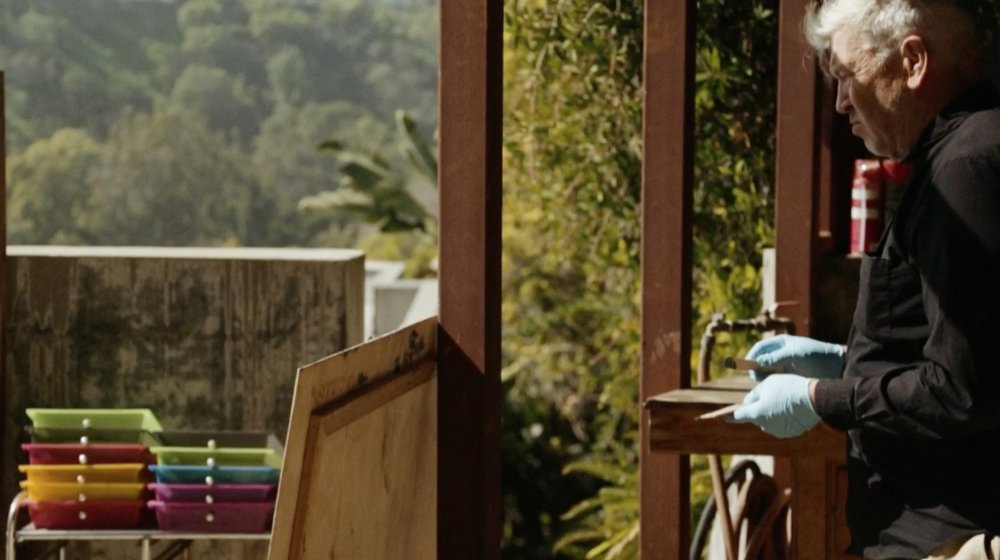 Following their 2007 feature Lynch, David Lynch: The Art Life is the second documentary about Lynch that Jon Nguyen and Jason S. have made. All Lynch fans are, of course, keenly aware of the dichotomy of happy perfect childhood / dark uncanny imaginings around which his persona orients itself; here his idyllic childhood in Boise, Idaho, where his world of just a few blocks was so rich for him, and his shock removal to Virginia at a crucial age – which made him rebel against his ever-loving, straight-as-a-die parents and run with a bad crowd in Washington DC – is made vivid, with excellent use of family and archive films and stills.

Yet it is the way Lynch describes incidents and anecdotes from his youth that gives us the best insight into the workings of his imagination. The fragility of his progress was palpable: from school near-drop-out hanging out in painting studios, through his inspired but fearful years in Philadelphia with equally committed students, including his friend Jack Fisk, through to his life-saving offer from the AFI Conservatory – when he was already married to Peggy Reavey and had a child, Jennifer, to feed – out of which Eraserhead was born. If David Lynch: The Art Life is proof that Lynch never really left the ‘home’ that is the artist’s studio, it’s also proof that that is the crucible out of which his cinema was made.