Joe Wright’s film takes us through three gruelling weeks during WWII, and with an impressive ensemble cast around the PM, it should be a triumph, but an absurd trip on the tube undermines the whole endeavour. 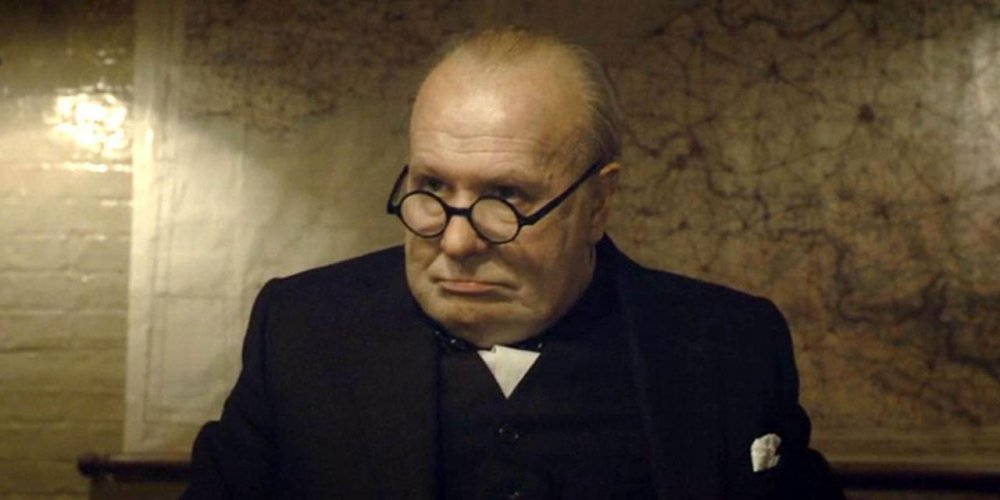 Winston, it seems, is in fashion. Over the past year or so we’ve seen him portrayed by Brian Cox (Churchill), John Lithgow (The Crown), Michael Gambon (Churchill’s Secret) and Robert Hardy (Churchill: 100 Days That Saved Britain), besides featuring as an offscreen presence in Dunkirk, A United Kingdom and Viceroy’s House. Now it’s Gary Oldman’s turn to take on those jowly features and that distinctive, orotund voice, and his is perhaps the most convincing rendition we’ve had yet.

The action of Joe Wright’s film is confined to the crucial three weeks in May 1940 following Neville Chamberlain’s resignation as prime minister. We kick off with the ailing premier being comprehensively demolished in the House of Commons by Clement Attlee, while one MP murmurs to his neighbour his surprise that Churchill isn’t present. “He’s ensuring his fingers aren’t on the murder weapon,” comes the whispered reply. The line is typical of Anthony McCarten’s script, which often undercuts the risk of excess reverence with sardonic wit. A similar function is discharged by Winston’s wife Clemmie (Kristin Scott Thomas, faultless as ever), responding to one of his indignant outbursts by telling him “You’re insufferable!” and fondly addressing him as “Pig”.

Churchill’s weaker points aren’t wholly glossed over, either. The WWI Gallipoli disaster gets name-checked more than once. And at one of the uncomfortable weekly get-togethers with George VI – scheduled, at the PM’s suggestion, at lunchtime – the king (a shrewdly gauged performance from Ben Mendelsohn, never overplaying the stammer) expresses surprise at Churchill’s formidable alcohol intake and asks how he manages it. “Practice,” comes the reply. 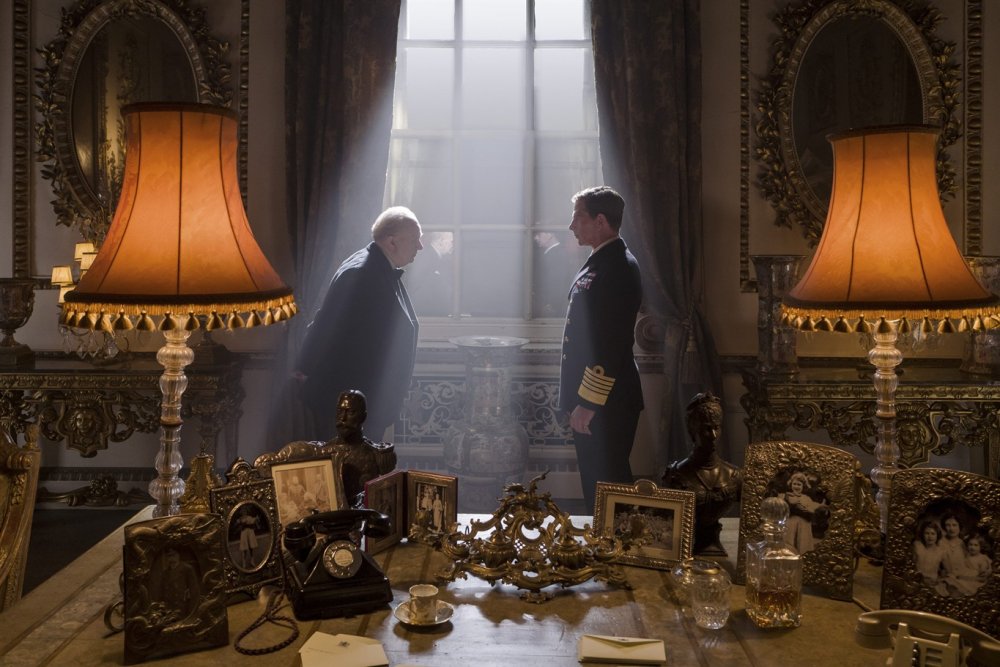 All this, though mildly exaggerated for comic effect, falls well within the bounds of plausibility. But it’s when Churchill is at his most beleaguered – the Low Countries are overrun, the French army is collapsing, some 400,000 Allied troops are boxed in at Dunkirk, and he’s isolated in the war cabinet, with Chamberlain and Halifax pressing him to seek peace terms with Germany – that Darkest Hour spirals off into the further realms of fantasy. First he receives a nocturnal visit from the king, unheralded and seemingly unaccompanied, who in the space of a week or so has inexplicably swung round to the PM’s side and now tells him to consult ‘the people’. So Churchill does just that – boarding an Underground train, complete with cigar, and asking a compartment of assorted plebs if he should capitulate to Hitler. They, of course, all staunchly chorus “Never!” And just to cement the premier’s populist credentials, when he starts quoting Macaulay’s ‘Horatius’ – “To every man upon this earth / Death cometh soon or late” – the verse is rounded off for him by a young black man. (To allow for all this to play out, the one-stop Tube journey from St James’s Park to Westminster takes about ten minutes.)

Wright’s film never wholly recovers from this height of absurdity, despite some spirited acting; Ronald Pickup as a touchingly frail Chamberlain (who was to die of cancer six months later) and Stephen Dillane as a vampiric Halifax both make their mark, and Oldman’s delivery of the final ‘Fight on the beaches’ speech exhibits fine afflatus. But Winnie on the District Line? Yeah, right.