This jarring adaptation of the Andrew Lloyd Webber musical falls not a little flat. 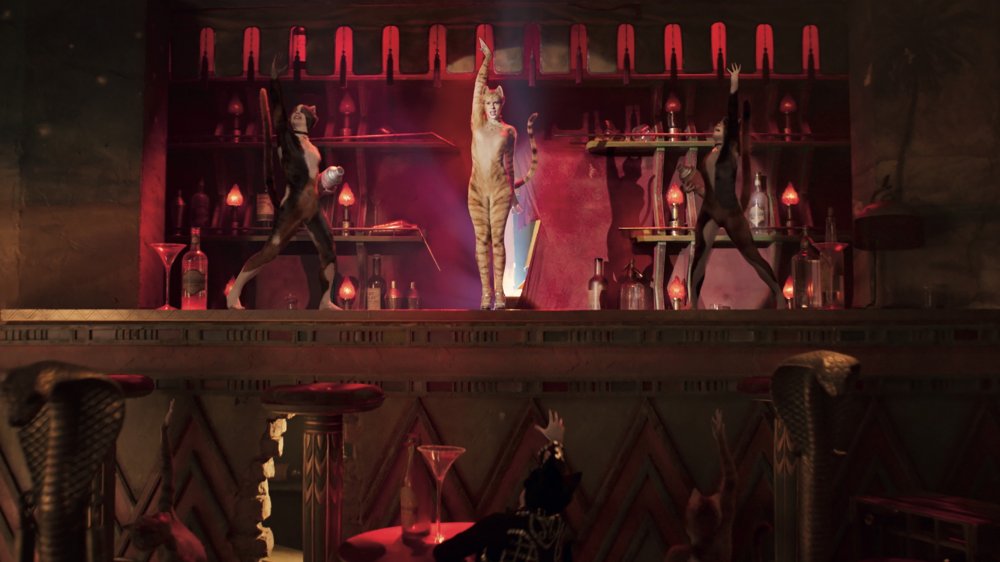 It never gets any easier to look at the cats in Cats. There are myriad reasons why. To name a few: they look more like experiments from Doctor Moreau’s island than real cats or people in cat costumes; the VFX are poorly done and obscure crucial parts of the actors’ faces, such as their eyebrows, that are used to convey emotion; they’ve all got a Barbie-doll crotch and no anus, absences that are rubbed in the audience’s face with each pirouette (and there are many pirouettes).

Though the film’s narrative is much clearer than that of its mystical, cryptic source material, these Jellicle cats remain the main roadblock to entering into the story and staying there. Something unnerving, stupid, uncanny or unintentionally funny about them irreparably destroys the illusion, be it the collar of Jennyanydots (Rebel Wilson) jerkily floating around her neck, or how muscular and not fluffy Macavity (Idris Elba) is compared with the rest of the cats.

On some level, this is devilishly anarchic: a $95 million blockbuster adaptation of a long-running mega-musical that’s turned out to be so unwieldly the whole rotten business of high-concept art by committee collapses on itself. Still, there’s a lot for even the most dedicated irony lovers to chew through – Sir Ian McKellen, an old cat, singing to Dame Judi Dench, an even older cat, is conceptually hilarious. Director Tom Hooper attempts to make things dynamic by arbitrarily tracking the camera around the cats as they dance (with movements that are neither catlike nor humanlike, but rather an unholy mix of the two), throwing in a Busby Berkeley flourish here and there and closing in on their faces at the most dramatic moments.

Such attempts at bravura routinely fail: Jennifer Hudson, as Grizabella, can’t genuinely radiate the type of misery suited to the character, and comes off as overly pathetic rather than sympathetic; singing about how she’s old and ugly rings false too. Her solos of the iconic Memory are undercut by the new song that Andrew Lloyd Webber and Taylor Swift wrote for the film, Beautiful Ghosts, which is sung by Victoria (Francesca Hayward), a little white kitten. Were this not a vision of Cats where all the bad or undesirable cats are played by black actors, and that included breakdancing cats wearing Chuck Taylors, played by black men, a more charitable understanding of this weak song would be possible.

But this dodginess is merely a whisper of a suggestion, just like everything else in this thin yet unrelenting eyeball blitz. If that seems like gibberish, that’s because it is – an accurate reflection of this not-so-fantastic mess.

Correction (21 December 2019): this review was originally misattributed to the wrong writer. Apologies to all concerned.