Brittany Runs a Marathon review: Jillian Bell shapes up in a dramedy that goes the distance

This likeable and nuanced take on the ‘female trainwreck’ genre from debut director Paul Downs Calaizzo presents its protagonist as complicated, bitter and still a work in progress. 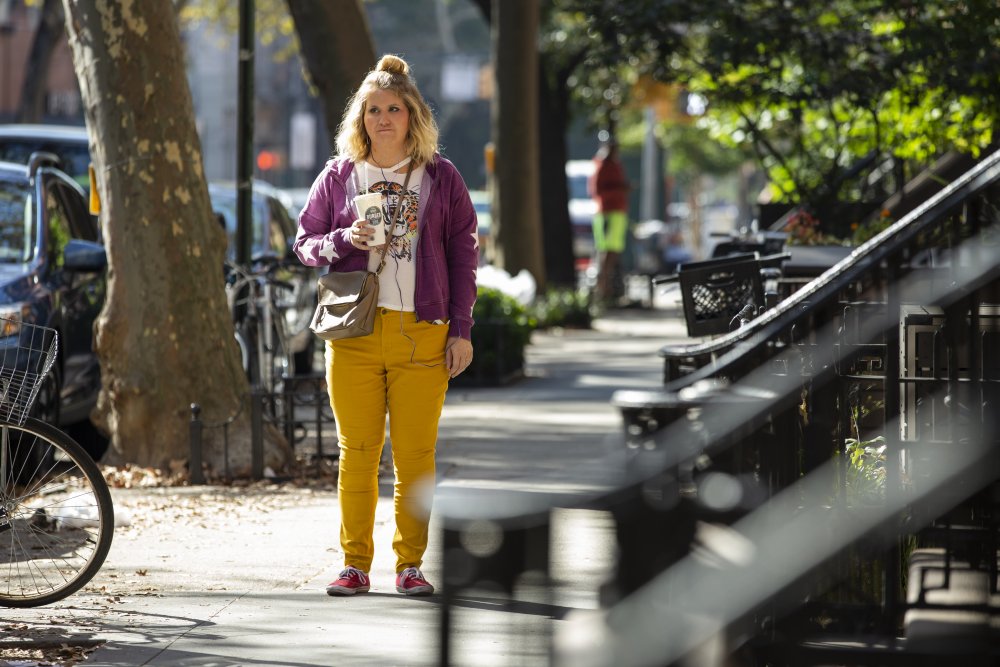 Jillian Bell as Brittany Forgler in Brittany Runs a Marathon

The title of this lightly likeable dramedy is so on the nose that it has to serve double duty as a metaphor for the way the protagonist forces herself to change her life. It’s an odd circumstance that a small-scale, indie-style film should come along after higher-profile star vehicles such as Young Adult (2011) and Trainwreck (2015) have covered similar ground, offering comic-pathetic heroines fully as immature and struggling with responsibility as any Adam Sandler or Seth Rogen character. Jillian Bell, a scene-stealer in 22 Jump Street (2014) and other mainstream comedies, goes the distance to present protagonist Brittany Forgler as a complicated archetype of barbed-tongue self-loathing who’s trying desperately to lose weight and switch track to a healthier lifestyle.

While criticising love interest Jern as a ‘man-baby’, Brittany blithely ignores her own failings, even after she’s taken up running. In the film’s toughest scene, when she’s full of self-pity after missing her chance to run the New York marathon because of a stress fracture, she ruins her kindly brother-in-law’s birthday party by verbally tearing into an overweight woman who has the temerity to appear happy.

Even when she does overcome most of her shortcomings and runs her marathon, she still treats the supportive people around her (fellow runner Seth, who’s getting in shape because his child has noticed he’s less athletic than his husband; Catherine, who’s battling a nasty divorce-custody case that has brought up her own long-resolved addiction issues) as stooges, in just the same way that her shallow flatmate Gretchen, who gobbles pizza but remains a size zero, treats her as a ‘fat sidekick’. Writer-director Paul Downs Colaizzo, who was inspired by a ‘real Brittany’ (seen in the end credits), includes a few telling cutaways to remind us there’s a world outside Brittany’s problems that she never quite notices.

It’s a paradox of all ‘man-baby’ and ‘female trainwreck’ comedy that the arc of the plot involves someone shaping up – almost invariably to secure a romcom happy ending, often with a real child thrown into the mix – while the entertainment value comes from their bad, irresponsible or even unforgivable behaviour. Brittany Runs a Marathon gives Bell a lot of smart comic business, but her character’s humour is signalled from the first as a way of deflecting pain – and is often funny because it’s so mistimed that the people around her don’t get the joke. She resists being labelled the funny fat girl, but keeps retreating into her stereotype shell, even when she’s lost significant weight.

Colaizzo refrains from jokes about Brittany’s struggles as a beginner runner, and doesn’t have much time for the ‘serious athletes’ or for poking fun at the rituals and looks of the other runners. Urban marathons aren’t entirely uncontroversial – one shot catches the detritus of plastic water bottles left behind. Brittany insists the marathon isn’t a race or a competition but an achievement – “The point is to finish it.” Again, Colaizzo admires and supports this – but has just enough distance from his heroine to show that her change of lifestyle, reassessing herself before moving on to her relationships, is a work in progress rather than a mountain to be conquered.

Related to Brittany Runs a Marathon review: Jillian Bell shapes up in a dramedy that goes the distance