Robin Campillo’s drama gives life, joy and distinction to the struggles of France’s Act Up AIDS activists of the early 1990s. 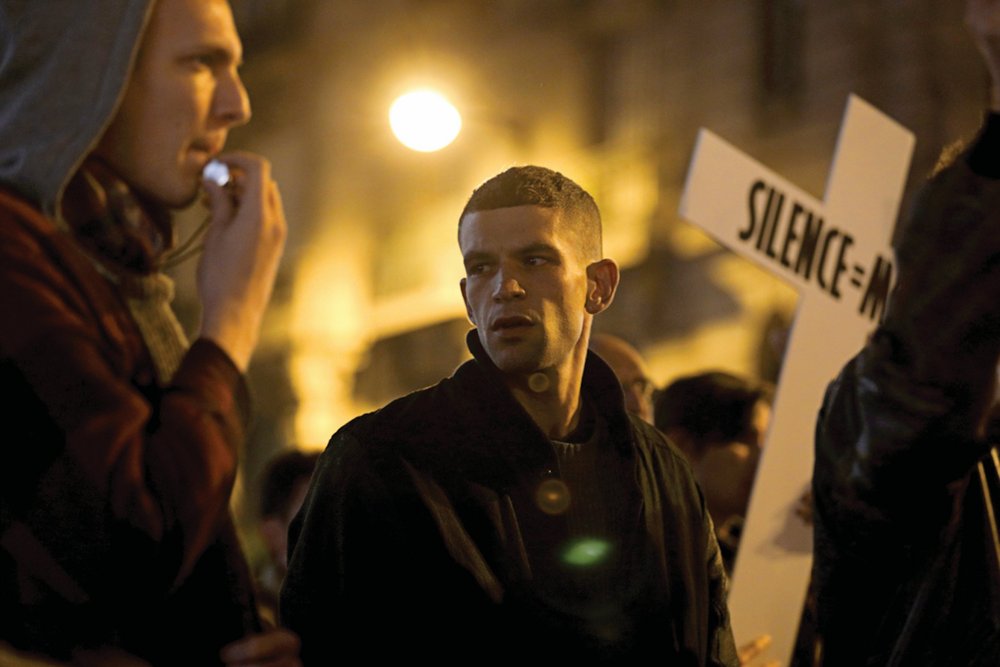 The fact that BPM finds the time to deliver no fewer than three very good sex scenes tells you what sort of film it is: measured, generous, radical and queer. These qualities extend to everything the film undertakes to do, as it tells the story of a love affair against the backdrop of AIDS activism in France in the early 90s. This dialectical representation of queer lives, meshing the personal with the political to ultimately devastating effect, sees BPM shift from being a painstaking history of a movement to an urgent call to arms.

The confidence and clarity of Robin Campillo’s writing is evident from the film’s opening scene, in which newcomers are inducted into their first meeting at Act Up. One of the group’s leaders briefly welcomes the three new faces (including Nathan, who is to become a central character as the film progresses), gives them a potted history of the movement, and explains the basic rules by which each meeting is bound. This is a pert, almost winking way for Campillo to smuggle exposition past the audience, but as with all the film’s technical audacities, he pulls it off: in this case, the scene is written so organically, and the actors directed with so light a touch, that we feel immersed in the meeting ourselves.

We then begin to see, as some of Act Up’s members debrief the rest of the group about a recent act of civic disobedience that went awry, the opposing factions within the movement: on one side, a radical group who want Act Up’s interventions to be more disruptive and angry, and on the other side a more conservative element who fear the rebels are undermining their message. Caught between the two sides, Nathan (Arnaud Valois) nevertheless embarks on a relationship with the firebrand Sean (Nahuel Perez Biscayart), whose HIV+ status is worsening alarmingly. This love story gradually becomes the film’s central narrative, Campillo brilliantly juggling intimate scenes with political action right up until the tragic end that was always on the cards. 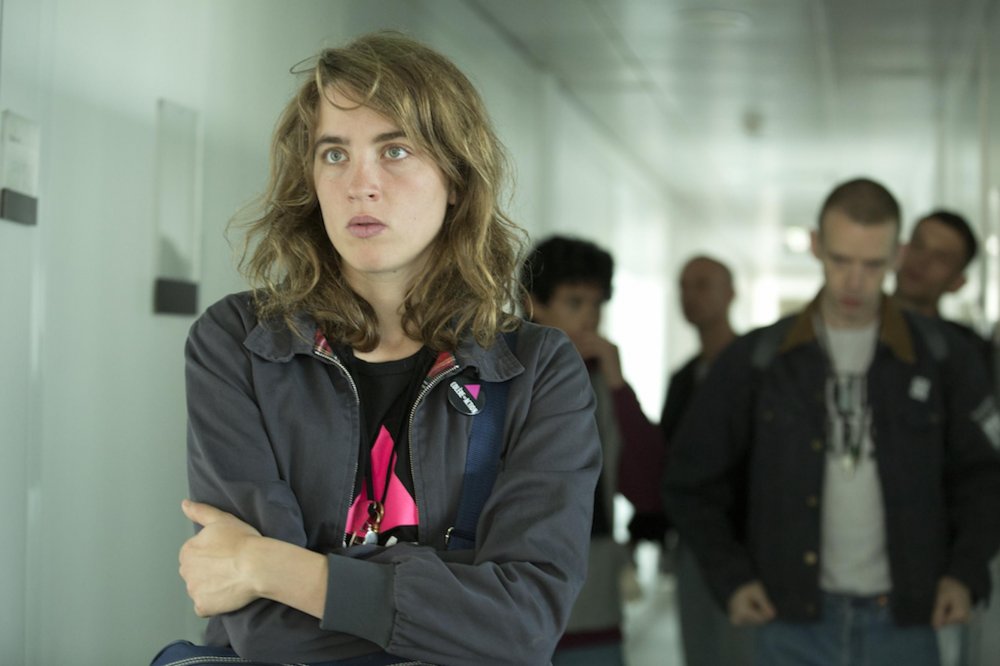 BPM takes its time, as it has to. The film is a queer testament to an under-memorialised era, and it represents this period with great deliberation. The meeting scenes at Act Up are vivid, alive with conflict and ideas, Campillo’s camera darting between its various groupings, capturing the heat of debate and the heady rush of the common cause. The film’s visual mode is kinetic, which extends to its pulsating dance club scenes and the sexual encounters between Sean and Nathan. In the latter, Campillo’s daring is immense – he proposes queer sex not as a corollary of straight sex, but as an act with a different function altogether: an expression of the utmost kindness and generosity. The honesty of BPM’s representation of gay sex, the tenderness and technicality of it, is salutary.

The miracle of BPM is that in depicting a time of great tragedy it deploys not just righteous anger but a bustling and vibrant visual language and a wickedly irreverent tone. The film is truly funny – not just sometimes and not wryly, but often and riotously. A scene in which the activists deprecatingly chant a series of mockingly pat slogans (including “It’s us what we’re dying!” and “They’re not nice! They are mean!”), gives a flavour of the playfulness here: Campillo does this not just to leaven his film’s drama but to posit queerness, again, as a truly alternative identity in its irony and resilience.

In a film of many delights, which is so active and engaging, whose finale in every way earns its deeply emotional payoff, nothing can beat the beauty of the last ten minutes, which see life carrying on in all its former charm and banality. Someone has died in a bedroom, but in the sitting-room next door, with red eyes and rueful looks, everybody busies themselves unfolding a sofa-bed for the night. 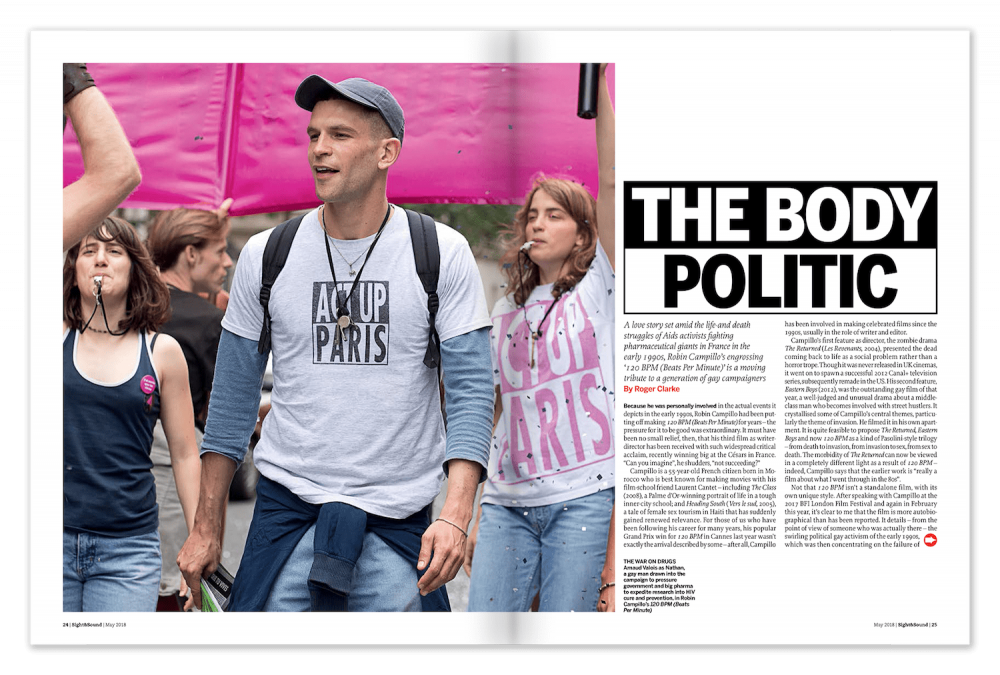 A love story set amid the life-and-death struggles of Aids activists fighting pharmaceutical giants in France in the early 1990s, Robin Campillo’s engrossing 120 BPM (Beats Per Minute) is a moving tribute to a generation of gay campaigners. By Roger Clarke.

+ How to dramatise a plague: a brief history of Aids on screen

The realities of Aids were ignored by mainstream culture in the early years of the virus, but little by little, film and TV have learned to be honest about life and death in the HIV age. By Simon McCallum.