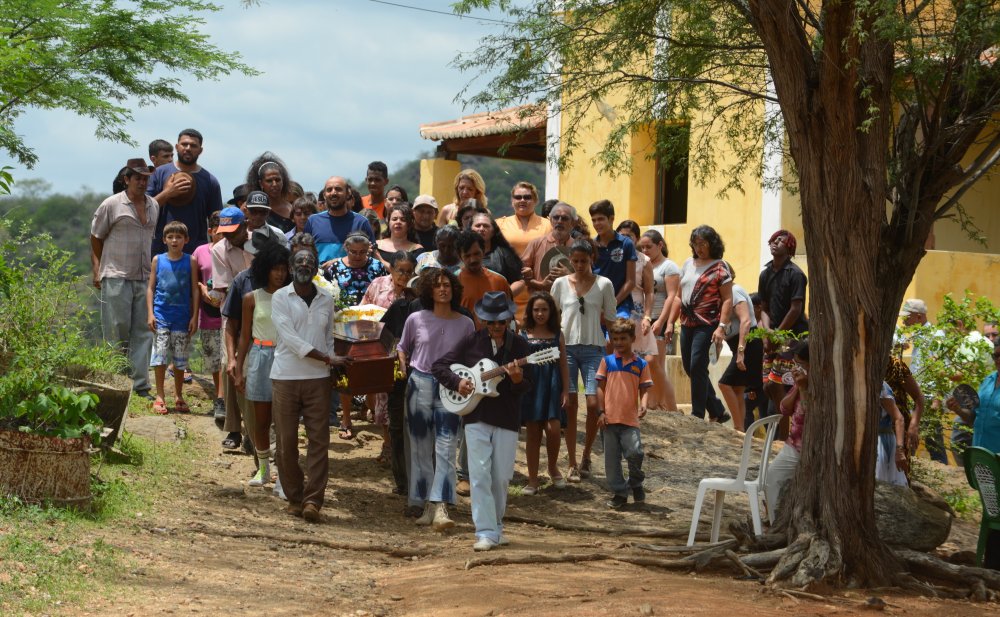 It was always likely that in his third feature Brazilian critic turned director Kleber Mendonça Filho was going to take on his country’s new president Jair Bolsonaro. But as in his previous film, Aquarius, fascism works in mysterious ways in his WTF western. Just like Lee Chang-dong’s Burning at last year’s Cannes, Bacurau bristles with anxiety and menace. And Mendonça Filho keeps the real enemy tantalisingly out of focus. This is more a treatise on exploitation and who matters and who’s disposable in contemporary Brazil.

Bacurau is a small impoverished town in the arid Northeastern hinterlands of Brazil; but it’s also a utopia of sorts with its tight-knit community who stand firm against exterior threats, be they the authorities who are trying to cut off their water supply or a preening corrupt mayor looking to exchange out-of-date food for votes. The first half of the film hangs out with the eccentric villagers like Sonia Braga’s raving doctor, and the sleepy rhythms and traditions going on in the dusty strip of houses are well-observed by Mendonça Filho, co-directing for the first time with his regular production designer Juliano Dornelles.

So far, so western as the village increasingly comes under siege: it bizarrely disappears off the map, mobile signal disappears and corpses pile up. But throw in psychotropic drugs, a drone that resembles a 1950s B-movie flying saucer, assassins in neon motorcycle suits and a posse of foreign mercenaries thirsty for blood, and what emerges is a shape-shifting genre yarn with surprises aplenty but maybe at times too much on its plate. 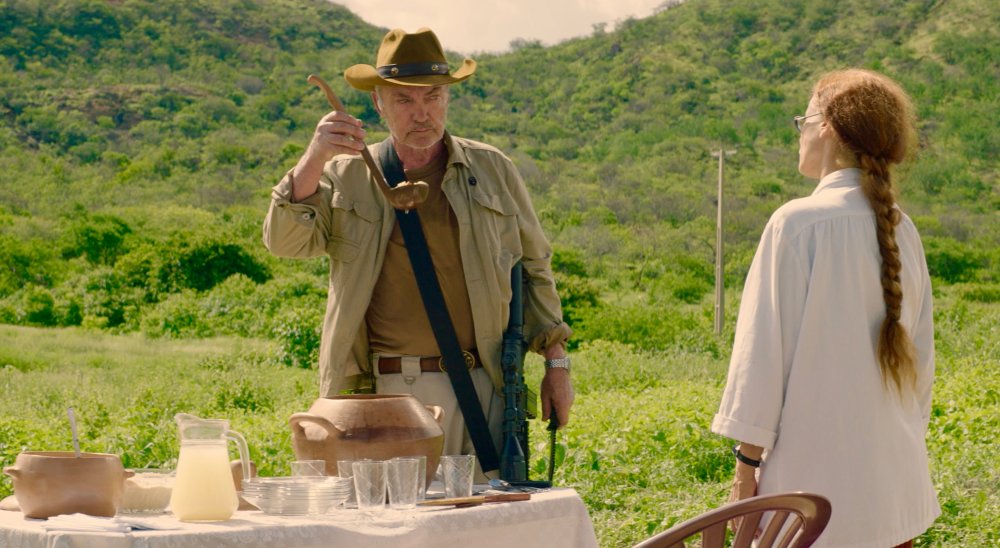 The handbrake turns in tone, swinging gleefully between tragedy, comedy, surrealism and, later, delirious bloodbath, are well-handled when the film is grounded in the villagers’ perspective. As friends and family members are shot down, realism takes over and the horror of the slaughter of innocent lives lingers on, even when the film feels like it wants to show off. The directors are besotted with visual trickery (horizontal screen wipes and slow fades abound) and affectionate vintage movie references. John Carpenter looms large, with the village school named João Carpenteiro after him, and his throbbing electronic number Night scores one memorably sinister scene.

Time spent with the bickering, gung-ho gringos takes us too far away from the villagers and kills the sense of dread that has accumulated, but at least Udo Kier as their volatile devil of a leader compensates. He gets the film’s best lines and knows how to stay on the right side of unhinged as his fellow killing machines awkwardly discuss their motives and racial superiority.

It’s a shame that Braga doesn’t get the space to roam that Kier does. The scene where their two characters meet makes you wish for more such explosive encounters (soundtracked to Spandau Ballet). Other villagers, such as the woman (Bárbara Colen) we first encounter as she returns home, also feel underwritten.

Fortunately Bacurau itself looms back in focus and the conflict is not a neat victim/aggressor set-up. As one shopkeeper reminds us, Bacurau is also the name of a big bird that hunts at night. By the end, the film is all-consumed with brash and deranged blood-letting, but still balances flat-out genre fun with a reminder of the bloody legacy of the region.

Related to Bacurau first look: a way out weird western for menacing times