After the Wedding first look: an ill-advised (re)union

Sometimes you watch a drama where every contour of the plot rattles your bones, the richness of the characters leaping from the screen directly to your core. These are no longer actors reading lines, they are loved ones in tumult. Other times you just want to say “Listen, I’ve got my own problems, do you see me bothering you with them?”

Writer-director Bart Freundlich debuted After the Wedding (a remake of Susanne Bier’s 2006 film of the same name, which I have not seen) at the Sundance Film Festival. Someone ought to have spoken with just cause against these nuptials. Somehow selected for opening night – perhaps considered mild enough to ease sponsors, but still with plenty of big names – this weird little soap opera stars Freundlich’s wife Julianne Moore, Michelle Williams, Billy Crudup and relative newcomer Abby Quinn all doing their best with a rather maudlin script.

There are twists and turns but I don’t want to give away too much, as the surprises are among the few pleasures in this ultimately forgettable, small film. But quickly: Williams’s Isabel runs a beleaguered orphanage in India and is summoned to New York to meet with a potential benefactor. Theresa (Moore) heads a “media placement company” and God knows what that means but it affords her an opportunity to bark buzzspeak into her cellphone while she marches from her parked SUV to her exquisitely furnished mansion. Inside she’s got twin eight-year-old boys, a sculptor husband (Crudup) and an older daughter (Grace) who is about to get married. 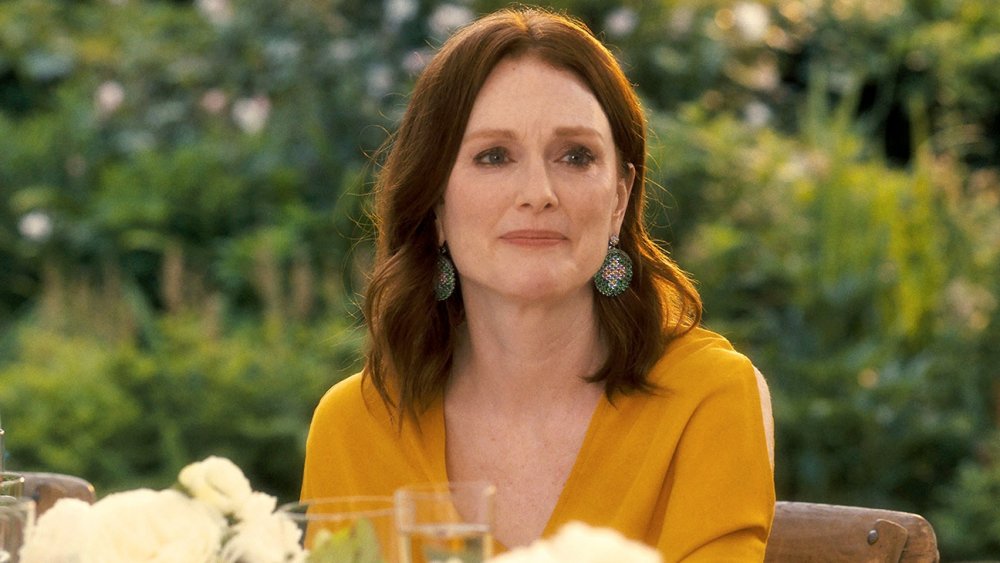 At the wedding we learn that Williams is actually Grace’s biological mother and Theresa brought everyone together as part of some master plan. But is it an evil master plan? We’ll learn this (say it with me) after the wedding!

To Freundlich’s credit he knows well enough he’s collected a solid cast, and gives them plenty of room to do ‘scene work’. One notable thing about this new production is that it is ‘gender-flipped’ (Mads Mikkelsen played the Michelle Williams role in the original version). Each of the performers, especially Williams, make a number of remarkable ‘choices’, which is to say they play out rote scenarios in ways you don’t necessarily see coming. To that end, this film may serve as a useful tool for acting students. For the rest of us, it’s alarmingly dull.

Apart from some very expensive-looking hotel suites and well-lit modern sculptures, there’s not much happening visually. There are even a few wobbly drone shots. After the Wedding is just a fundamentally remote film. Moore’s sharp businesswoman exterior is fierce and, when necessary, frightening, but it is not played for Devil Wears Prada laughs. Crudup is an agreeable, kind man who seems well aware his big earner partner can support his art. Williams’s work as a saviour in the Third World gives us a perspective on the family’s quite conspicuous wealth, but they are merely rich, not greedy or cruel. One likes to welcome ambiguity, as real life is rarely cut-and-dry, but the attitude of this film is just so roomy its purpose simply becomes lost.

Related to After the Wedding first look: an ill-advised (re)union