At the end of James Gray’s last film, 2016’s The Lost City of Z, as an explorer father and his explorer son are being borne on their backs to an ambiguous fate, there is the tiniest of camera tilts, up from the burning torches on the banks of the Amazon, into the night sky. It feels like the physical giving way to the metaphysical, like consciousness dissolving into space, and the atoms of their beings being flung apart into the wide universe.

After such earthly transcendence, where else could Gray go, but through hardship to the stars, per aspera ad astra? And so we get Ad Astra, in which an explorer son (Brad Pitt) goes in search of his explorer father (Tommy Lee Jones), a pioneering hero believed dead, but actually lost to humanity in a different way, gone mad with misanthropy on the outer edge of our solar system.

In some ways, Ad Astra does continue Gray’s upward trajectory. There’s the celestial grandeur of Max Richter’s irreplaceable score – music that somehow sounds like the motion of planets in orbit, or the singing of stars across the lens-flared light years of Hoyte van Hoytema’s majestic cinematography. There are single shots in which the sheer spectacle of sound and image is breathtaking, like an opening hatch reflected in two helmet visors that look like a pair of eyes in which the pupils are dilating in wonder. There is a consistent, voluptuous elegance to the filmmaking here that surpasses anything Gray, never an inelegant director, has achieved before. 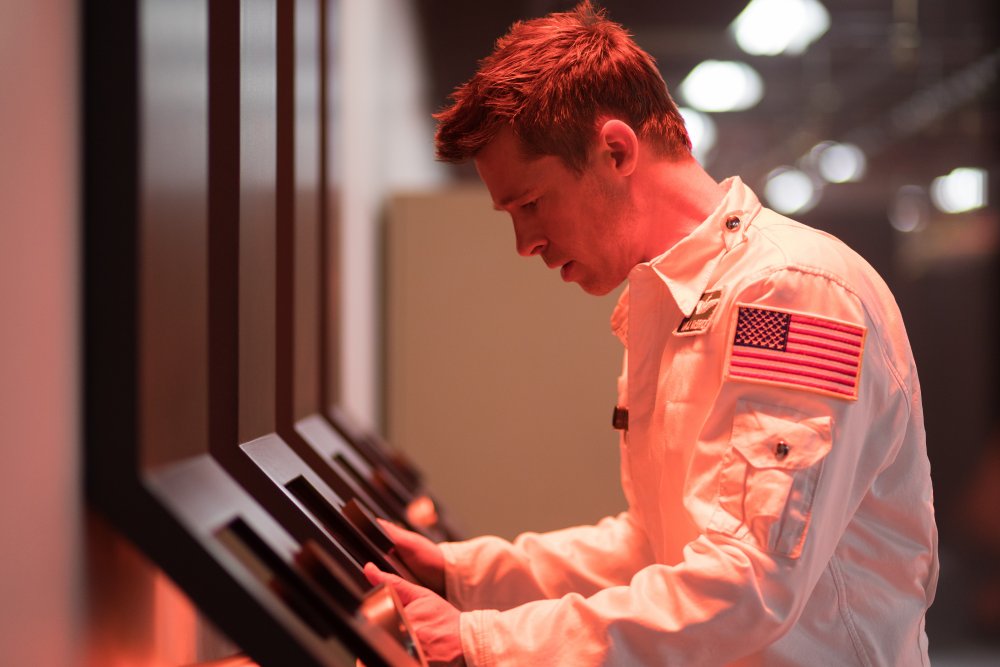 But if the expansion of the setting – the story, co-written by Gray and Ethan Gross, takes place on Earth, the moon, Mars, Neptune and in a series of spacecraft and stations in between – might have been hoped to prompt an expansion of his beautiful last film’s philosophies, there it stumbles. The gracefulness of the craft throws into relief the clumsiness of the dialogue, and the silkiness of the sensorial experience sits tonally at odds with the sometimes deranged side quests and adventures into which this otherwise very serious-minded film occasionally, alarmingly diverts.

It is a convincingly imagined near future and Pitt plays Major Roy McBride, a dedicated astronaut whose “pulse never goes above 80” even when plummeting through the stratosphere, after a mysterious electrical surge damages the space antenna on which he’s working. The source of these surges, which have the potential to destroy the entire solar system, is revealed by his bosses in a top secret briefing to be Neptune. And the brass also believe that the Lima Project, a pioneering mission to find extraterrestrial intelligent life that was led by his father, Clifford McBride (Jones), is somehow responsible.

Roy swallows his skepticism that his dad is not a dead hero but a live villain and goes on a mission to contact him, accompanied by Donald Sutherland’s grizzled Col. Pruitt, who knew McBride Sr. back in the day. (Of course he did: They were in Space Cowboys together.) 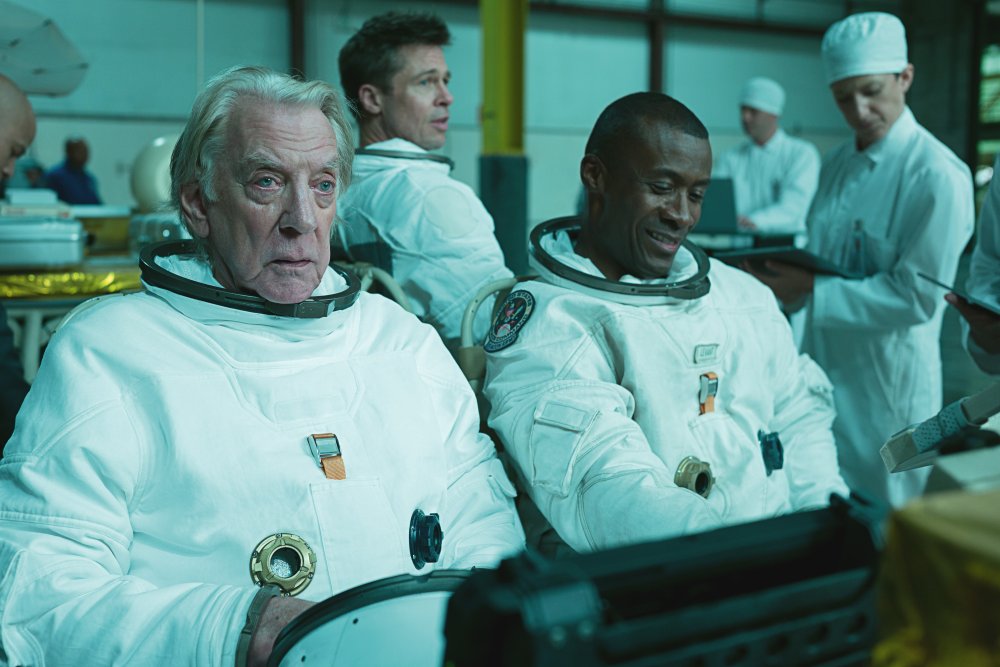 Roy travels first to the moon, and then on to Mars, from where he can send a message by laser to Neptune. But en route ad astra, he goes per aspera indeed: hardships that include a Mad Max-style ambush by moon pirates, a zero-G gunfight in a capsule against three crewmembers and a bouncing canister of poison gas, and an absolutely batshit encounter with a space baboon. All of these sequences are quite brilliantly staged but feel beamed in from a different film than the one Gray is really invested in, which is about the dismantling of Roy’s stolid psyche, and about a father-son relationship blown up to such galactic scale that its minutest subatomic workings are the size of billboards.

And we know that is where Gray’s interest really lies, because he tells us so, again and again, through Roy’s frequent psych evaluations, his encounters with underwritten supporting characters, like Ruth Negga’s Mars base leader and Liv Tyler’s flashback girlfriend, and his almost completely redundant narration – which detracts from Pitt’s superb underplaying by spelling out what he is expressing just fine without words. In space no one can hear you scream, but everyone, apparently, can hear Roy think, and for such a taciturn, closed-off fellow that becomes a liability, as what he is thinking tends to be less interesting than what we could project onto him if given room.

Ad Astra works hard to convince us it is narratively worthwhile to imperil all life in the universe in order for one guy to work through his daddy issues, but doesn’t let us join even the closest of dots for ourselves, making it a sometimes thrilling and always beautiful 2.7 billion-mile odyssey, in which somehow, there’s just not enough space.