In this compassionate drama from the director of Harmonium, parallel timelines show how Tsutsui Mariko’s protagonist becomes drawn into her nephew’s crime of abduction. 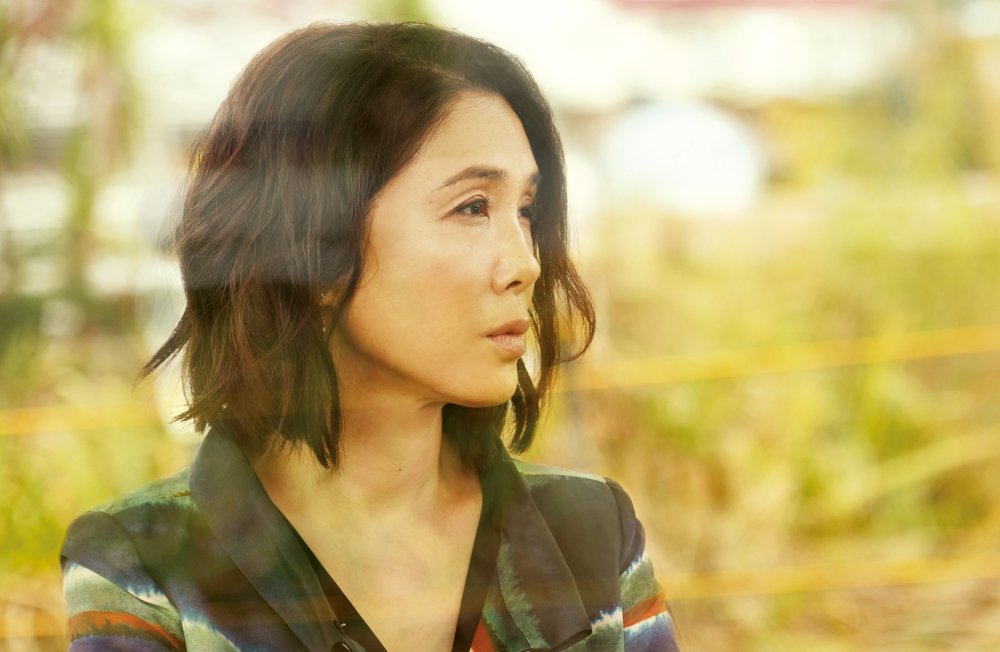 Tsutsui Mariko as Ichiko in A Girl Missing (Yokogao)

In Fukada Kōji’s Harmonium (2016), Tsutsui Mariko played a woman whose life was destroyed by tragic circumstances beyond her control. In this reunion of the actor and writer-director, Tsutsui is working in a similar mode, including playing someone before and after a significant time jump. Here, those timelines are presented in parallel, tracking, to largely deft effect, a transformation from a compassionate, pragmatic individual to a vengeful soul who’s lost everything.

Fukada introduces Tsutsui as ‘Risa Uchida’ who, as a first-time client for hairdresser Kazumichi (Ikematsu Sosuke), displays a level of intimacy that baffles the young man. The two will go on to spend more time together as neighbours as this plotline progresses. 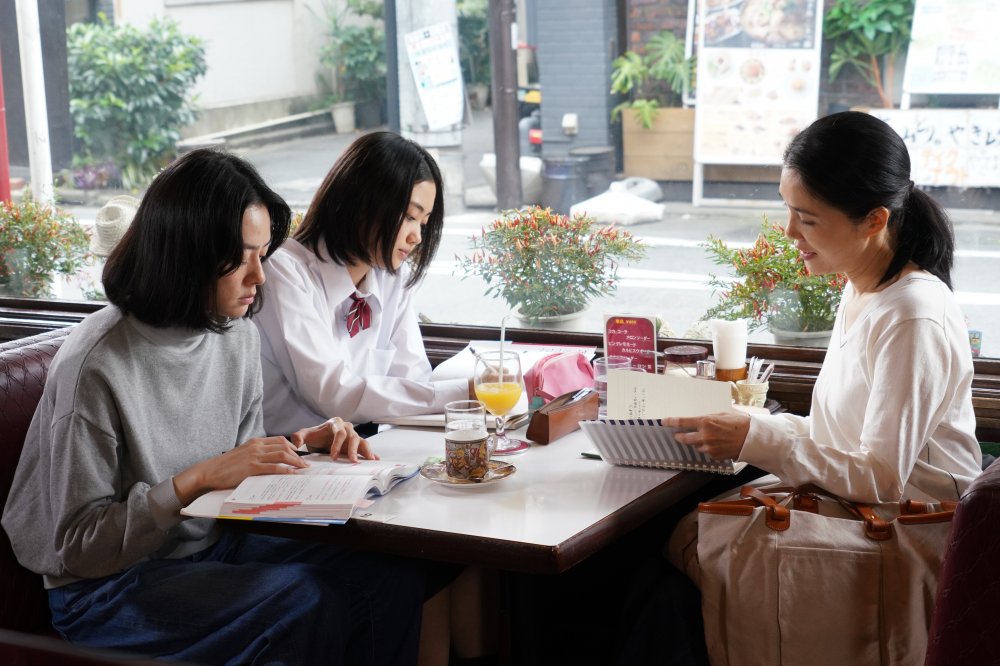 Ichikawa Mikako as Motoko, Ogawa Miyu as Saki and Tsutsui as Ichiko

But then Saki is abducted. And while she is found relatively quickly, reportedly unharmed and seemingly unphased, the charged kidnapper turns out to be Ichiko’s nephew Tatsuo (Sudo Ren).

Motoko recognises the young man from a news report as he brought books to a café for one of Ichiko’s homework help sessions with Saki; the victim is said to not have seen the offender’s face during her ordeal. But while Ichiko initially wants to be upfront with Motoko and Saki’s mother about her connection to the accused, Motoko insists she not mention it in light of Tôko’s need for stability in her care, and also due to Motoko’s unstated but overt romantic attraction to the older woman.

Fukada’s film brings to mind Lynne Ramsay’s We Need to Talk About Kevin (2011) in examining a woman becoming a splintered shell of herself as a result of a child’s sins, albeit in this case the woman is an aunt, not a mother. It is less visually ostentatious than Ramsay’s (though a scene with vandalising red paint recalls that film), with DP Negishi Kenichi generally favouring cool tones that make pop the occasional contrasting bursts of bolder colours, such as one green hairstyle modelled by ‘Risa’.

Fukada doesn’t delve into the crime or whether Ichiko really did play any part beyond unwittingly introducing Saki to her eventual kidnapper. Instead he explores how culpability can emerge from one’s own survival instincts in such an extreme scenario; how an unfortunate coincidence can turn someone’s status as collateral damage in a tragedy into that of an accessory by way of deception via silence, despite any good intentions. And while Ichiko does keep her mouth shut after that initial urge to come forward, her naïve honesty concerning other matters causes a snowball effect that turns her into a pariah courtesy of sensationalist media, exacerbated by a misinterpreted anecdote unwisely shared with Motoko. Context easily gets lost in society’s search for someone to blame.

Related to A Girl Missing review: Koji Fukada examines the complexities of guilt