Vertigo rises: the greatest film of all time?

Never has a work of ostensible light entertainment been this dark. Peter Matthews essays Alfred Hitchcock’s slow-burn masterpiece as it ascends to the summit of our 2012 Greatest Films of All Time poll.

After half a century of monopolising the top spot, Citizen Kane was beginning to look smugly inviolable. Call it Schadenfreude, but let’s rejoice that this now conventional and ritualised symbol of ‘the greatest’ has finally been taken down a peg.

The accession of Vertigo is hardly in the nature of a coup d’état. Tying for 11th place in 1972, Hitchcock’s masterpiece steadily inched up the poll over the next three decades, and by 2002 was clearly the heir apparent. Still, even ardent Wellesians should feel gratified at the modest revolution – if only for the proof that film canons (and the versions of history they legitimate) are not completely fossilised.

There may be no larger significance in the bare fact that a couple of films made in California 17 years apart have traded numerical rankings on a whimsically impressionistic list. Yet the human urge to interpret chance phenomena will not be denied, and Vertigo is a crafty, duplicitous machine for spinning meaning. At the very least, its championship bout with Kane affords a pretext to reflect on two different myths of cinema. I doubt whether my personal recollection of either film is unique.

When I first saw Kane at a revival in the mid-1970s, I enjoyed the typical sensation of being knocked out. No other movie before or since has quite so astounded me with its sheer muscular virtuosity – a bombastic compendium of every known trick that epitomises the thrilling exhibitionist possibilities of the medium. In short, Kane fulfils the idea of total cinema. As such, it remains a permanent touchstone for all young filmmakers who seek to flaunt their wares, aiming wide instead of deep. If Welles’s hammy pyrotechnics fail to smite me as they once did, it may be that I no longer need them. 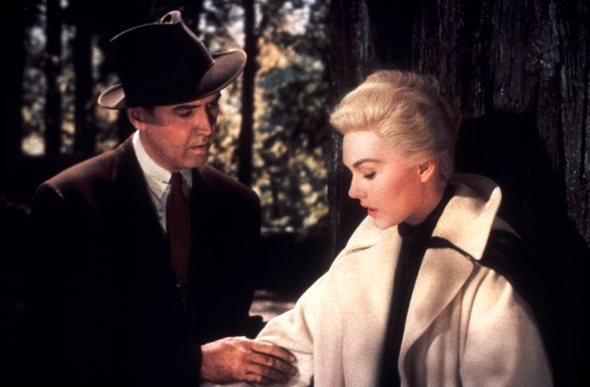 Reciprocally, I have grown into Vertigo. My initial response (on the occasion of a 1984 rerelease together with four other Hitchcock classics) was mild disappointment. Though admiring its pictorial splendour, I found Kim Novak gauche, the plot baloney and the whole enterprise lacking the master’s customary snap. I never supposed that I was merely retracing the steps of the film’s original Anglo-American critics. In 1958, John McCarten of the New Yorker had lambasted it as “far-fetched nonsense”, while Arthur Knight of Saturday Review crabbed that “technical facility is being exploited to gild pure dross”. As for Sight & Sound, editor Penelope Houston’s verdict was sniffy at best: “One is agreeably used to Hitchcock repeating his effects, but this time he is repeating himself in slow motion.”

How a band of lunatic French cinephiles intervened with the scandalous suggestion that a popular entertainer might be a serious artist – and gradually won the non-auteurist heathen to their creed – is too familiar a tale to belabour here. Suffice to say that I too was dismally behind the beat. I still thought of Hitchcock as a crackerjack marksman who in Vertigo had overshot the target.

My epiphany occurred 20 years later when I was obliged to teach the film on an undergraduate course. Perhaps the most emphatic conversions are the fruit of subliminal waiting. All I know is that everything I had judged wrong about Vertigo suddenly, alchemically seemed right. The gilded dross was transformed into pure cinema. Hitchcock regularly brandished the phrase, yet – not conspicuous for his metaphysical leanings – understood it simply to express the practical resources by which film declares its independence. Editing, camera movement, sound design owe little to the prior arts; even mise en scène, with its roots in stagecraft, becomes sui generis through the infinite mutability of screen space.

The challenges of sovereignty are terrifying, however, and most filmmakers cravenly fall back on the inherited armature of theatre: well-told stories, plausible characters, good performances. Hitchcock’s famous distrust of both actors and screenwriters certified an absolute visual elan that would brook no contradiction. For all that, he was far from being an accursed renegade like Welles. His genius rested on unconditional faith in the studio system and its mission of delivering smartly packaged escapism to a broad audience. 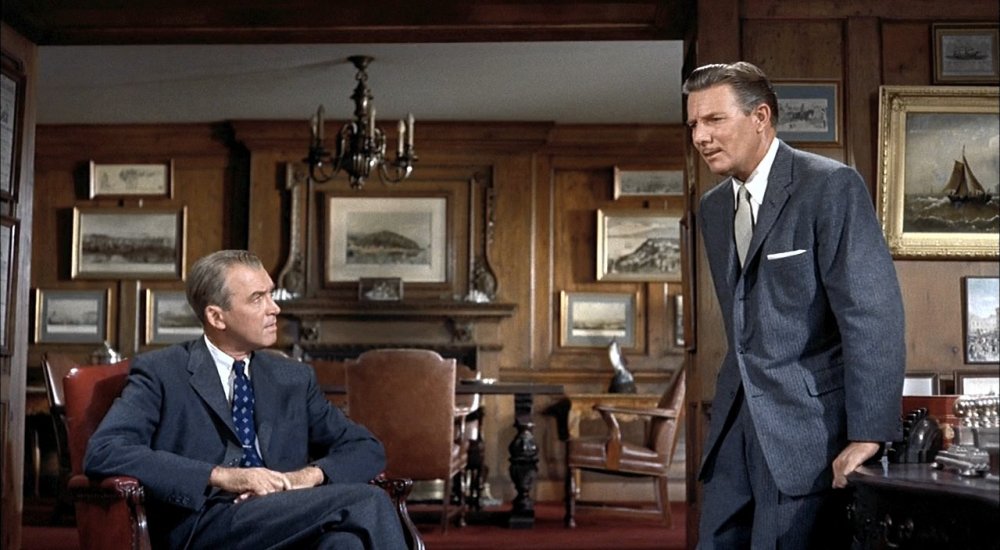 But if Hitchcock religiously ticks the boxes of classical Hollywood style, he also bends them to his autocratic will. Rear Window lifts ordinary point-of-view shots to a new level of cold ruthlessness, thereby exposing the seedy voyeuristic illusion at the heart of cinematic pleasure.

Vertigo, which concerns the effort to model a real woman into an ideal, is nowadays commonly diagnosed as another reflexive text: the ultimate demystification of stardom and its origins in male fantasy. Such rational readings hold water, but leave me dissatisfied. They cannot account for a delirious excess that paradoxically borders on abstraction and renders the film a true nonpareil in Hitchcock’s career.

Early reviewers who savaged the idiocy of the plot were in their way more prescient. Let me spare any existing Vertigo novices the details. Basically, we are asked to swallow that, in order for a murder to appear a suicide, criminal mastermind Gavin Elster (Tom Helmore) can rely on the acrophobia of traumatised ex-cop Scottie Ferguson (James Stewart) kicking in at the precise moment needed. (In his famous interview with François Truffaut, Hitchcock volunteers that this is a “flaw in the story” that still “bothers” him.) One may blame the source material, Boileau-Narcejac’s 1954 potboiler D’entre les morts; yet having engineered this baroque conspiracy, the script (by Alec Coppel and Samuel Taylor) then blows the whistle in an eccentrically timed flashback that genre fans still quarrel over. Identifying a structural flaw, Hitchcock even reportedly got cold feet and wanted to remove the sequence at the last minute, but was talked out of recalling prints for re-editing by Paramount.

The problem was bigger than he imagined. For in Vertigo, the tightly knit fabric of classical narrative starts to unravel. Who knows why this was happening, but television is the usual suspect. Confronted by its pipsqueak rival, 1950s Hollywood answered with spectacle – laying on panoramic colour extravaganzas for which traditional story was an increasingly slender alibi. The CGI-led blockbusters of our own era constitute the endgame in this disintegrative process, their loosely episodic form resembling beads on a string more than the intricate lockstep of cause and effect. 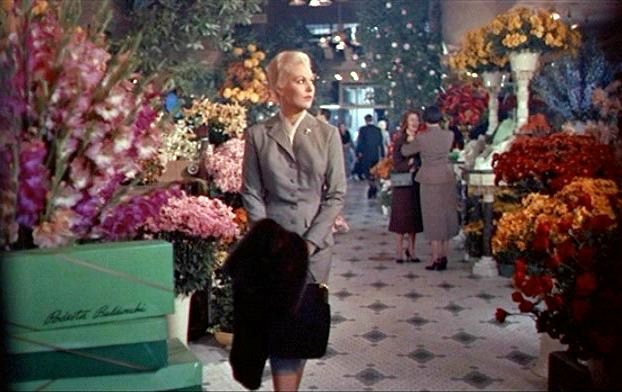 Though Hitchcock cheerfully slept with the enemy when required, Vertigo is one of the plush exercises whereby a panicky industry hoped to recoup its dwindling figures. But here, the cinema of attractions yields an intense, surrealist poetry. As Scottie goes driving, driving around San Francisco in pursuit of his chimerical love interest Madeleine (Novak), the action resolves into elaborate set pieces: the visit to the flower shop, the churchyard, the art museum, the McKittrick Hotel, the Golden Gate Bridge, the sequoia forest. It could be a sightseer’s itinerary, and indeed every year flocks of cinephiles do the ‘Vertigo tour’. That such an institution has evolved is not surprising, for the movie holds a singular power to contaminate viewers with its own quality of dreamy obsession.

Hitchcock’s best critic Robin Wood describes the San Francisco locations as “little pockets of silence and solitude”, both attaching to the city and somehow outside it. The silence is not literal, given Bernard Herrmann’s throbbing, Wagnerian score. Yet the alternation between long, dialogue-free passages and scenes of talky exposition creates a strange, sluggish rhythm that waxes ever more ceremonial and trancelike. Robert Burks’s glamorising cinematography (with its liberal use of fog filters) raises each place into a distinct fetish, isolated from the exigencies of plot.

Classical narrative pushes relentlessly forward. Vertigo stalls, rambles, repeats (three meals at Ernie’s restaurant, three chases up the fatal bell tower). The goal-oriented, mystery-solving hero that Stewart essayed in previous Hitchcock films now loses confidence, drifting in perpetual circles. The entropy that afflicts Scottie brings him within striking distance of Antonioni’s listless, world-weary universe. His fear of heights is nominally cured through extremity; but if he starts by hanging over one abyss, he finishes by staring into another. 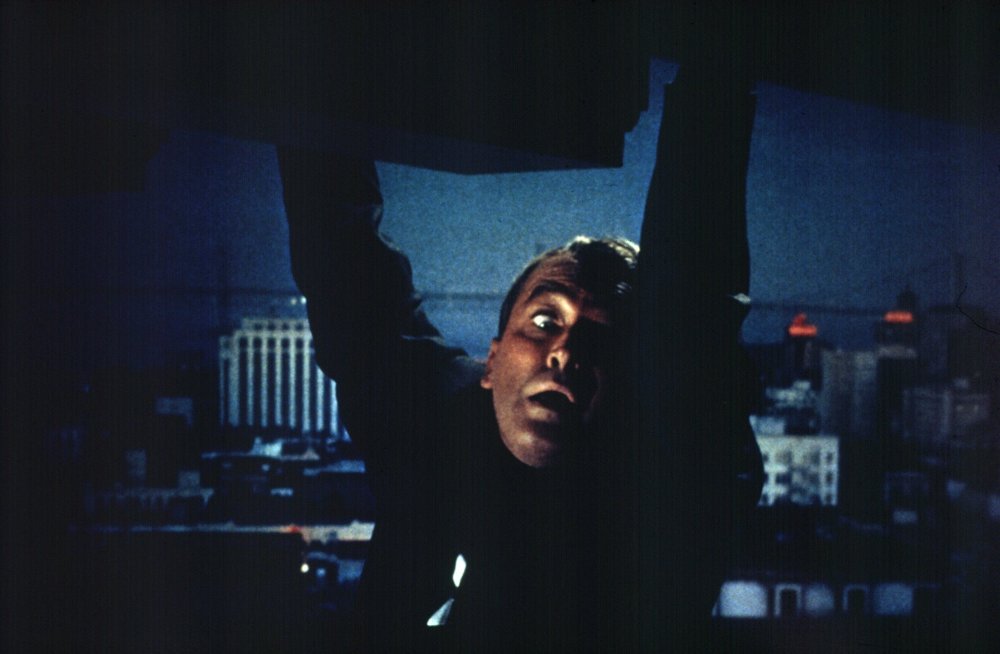 So it is that the pleasure principle of Hollywood cinema succumbs to the death instinct. For behind Scottie’s obscure compulsion to possess Madeleine/Judy lurks a desire for nothingness – the ecstasy of sinking forgetfully into the One. Never has a work of ostensible light entertainment been this dark.

Filmmaker and theorist Jean Epstein had his own word for pure cinema: photogénie. Once it had relinquished the “historical”, the “educational” and the “novelistic”, he believed, the camera lens in conjunction with the film author’s personality would illuminate the inner “moral value” of things. That’s just what occurs in Vertigo. When Judy, having reluctantly agreed to pin up her bleached hair in exact conformity with the lost object Madeleine, advances through the green neon haze of her shabby hotel room, both Scottie and we catch an unspeakable glimpse of the sublime.

Modern, civilised Midge (Barbara Bel Geddes) may mock Scottie’s fascination – and, of course, it all turns out to be a shell game perpetrated by arch-choreographer Elster (or his accomplice, Hitchcock). But that’s cinema – an organised lie that gestures, however dumbly, at truth.

Related to Vertigo rises: the greatest film of all time?