All change in our second poll as Citizen Kane shoots to the top, followed by Michelangelo Antonioni’s modernist trailblazer L’Avventura, part of a trio of post-war Italian films in the top ten. Japanese cinema also rises, and Eisenstein supersedes Chaplin in the upper ranks of the list. 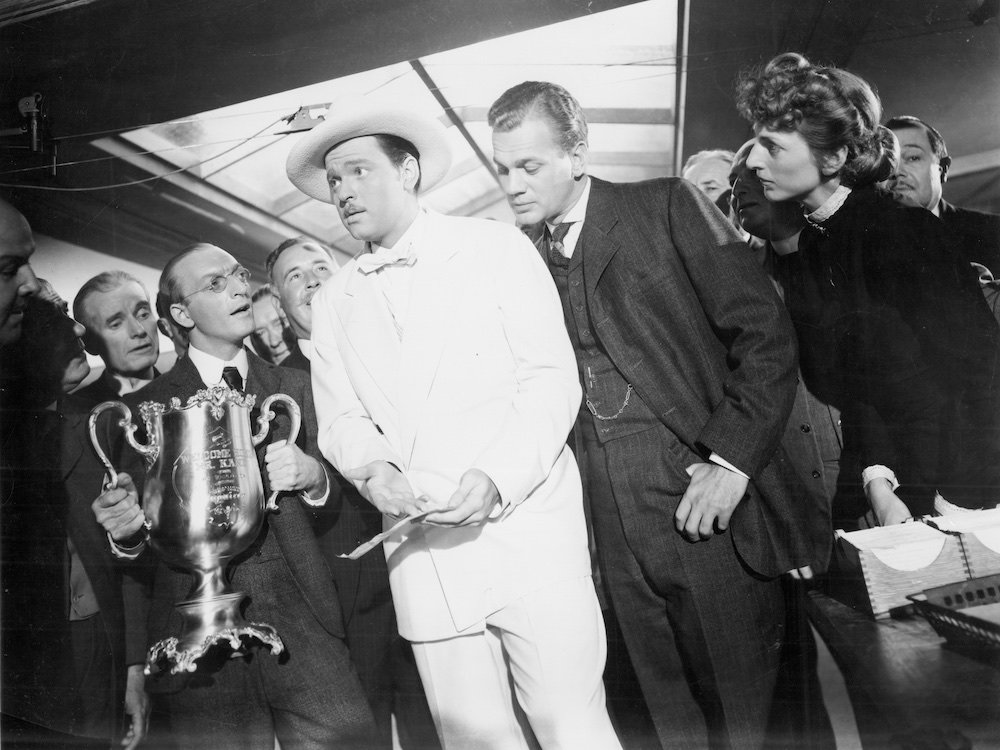 Orson Welles in Citizen Kane, the Greatest Film of All Time per our poll of 70 international film critics in 1962

Almost ten years ago a referendum was organised from Brussels in which film directors were asked to nominate the ten best films in cinema history. Sight & Sound, following in Brussels’ wake, extended the same invitation to critics. Both lists were duly published (they both agreed, incidentally, on the four top choices, though not in the same order).

Since then, the game has been played again, during the Brussels Exhibition a few years ago. And now we have asked the critics to have another go, not because we think – or imagine they think – that anyone’s individual list, or the consensus of opinion reached by totting up the various choices, involves any definitive judgment, but precisely because no judgments can be definitive. One doesn’t arrive at an objective review of the best films ever made (how could one?) but at an indication of how opinion is moving and what the cinema looks like in the perspective of 1962.

The cinema has been given a shake-up in the last few years: the New Wave in France; the advances in Italy; the West’s discovery of the Oriental cinemas; the new cinemas of Eastern Europe and Latin America, and so on. Every six months a new movement or school is discovered somewhere – and critical opinion fluctuates like a barometer in a storm. We thought it would be interesting to see whether taste had significantly changed in the last ten years, how far the ‘new cinema’ might be shouldering out the established classics, and how much the rise of a post-war generation of critics, people to whom the silent cinema has none of the pull it still exerts on their elders, might have shifted the balance.

The letter we sent out to just over a hundred critics, in this country and overseas, made only one stipulation. We asked people to send us really personal selections, not to let themselves be influenced by academic orthodoxy into nominating films they might not have seen for 20 or 30 years and remembered as misty landmarks. We’ve received 70 answers – the majority from this country, the United States and France – but also from Sweden, Denmark, Finland, Belgium, Italy, Spain, Poland and the Soviet Union.

We’d like to thank everyone who responded, and also to apologise to those whose individual lists we have been unable to print because of pressure on space. We’re sorry, too, that there isn’t room to print more of the comments we’ve received. From Poland, a claim to a record number of titles seen – 13,000; a number of agonised cris de coeur, from critics who could have given us a hundred titles with ease but jibbed desperately at ten; explanations of choices and forecasts of winners. “Every film critic’s favourite parlour game,” said one of our contributors; “yes, it is difficult and impossible but we will try again,” said another.

We’ve tried, as on the previous occasion, to print individual lists which cover the widest range of titles and cross-section of opinion; and we’ve limited our invitation to working critics, with the few exceptions (Karel Reisz here, Curtis Harrington in the USA) of critics who have become filmmakers since they took part in the same feature ten years ago.

What has changed in ten years? Of the 12 ‘best’ titles in 1952 (three dead-heating for tenth place), four remain in our present list. La Règle du Jeu and Greed have gained ground (tenth place to third and seventh to fourth) and Bicycle Thieves and Potemkin have lost a little (first place to sixth and fourth to sixth). Bicycle Thieves was then a runaway winner; this time L’Avventura, Citizen Kane and La Règle du Jeu have been neck and neck at all stages in the voting – one new film, one which rather surprisingly failed to make the top ten last time, and one whose recent revival, in the complete version, has added to its reputation. There were six silent films in the 1952 list against two this time – which was predictable. But the new list contains only one really recent picture, as with Bicycle Thieves on the last occasion.

Other points worth noting: the high place of Ugetsu Monogatari, never yet shown commercially in this country; the fact that the two Vigo features have gained so much in the voting; the startlingly few votes received by some films from the 1952 list – Louisiana Story (two), Le Million (three), Le Jour se lève (one). Flaherty, Clair and Carné are not at the moment fashionable names; and Bergman, the most widely trumpeted filmmaker of the last few years, is far down the list.

One giant has disappeared from the top ten: Chaplin. But we thought it would be interesting to supplement the list by totalling up votes by directors as well as by film titles. Here Chaplin remains close to the top, though, as with any filmmaker who is remembered for the whole body of his work rather than for one masterpiece, the votes are split among a number of titles. Eisenstein, Chaplin, Renoir as the giants; Welles, Antonioni, Vigo as the experimentalists: this is how it looks in the perspective of 1962. 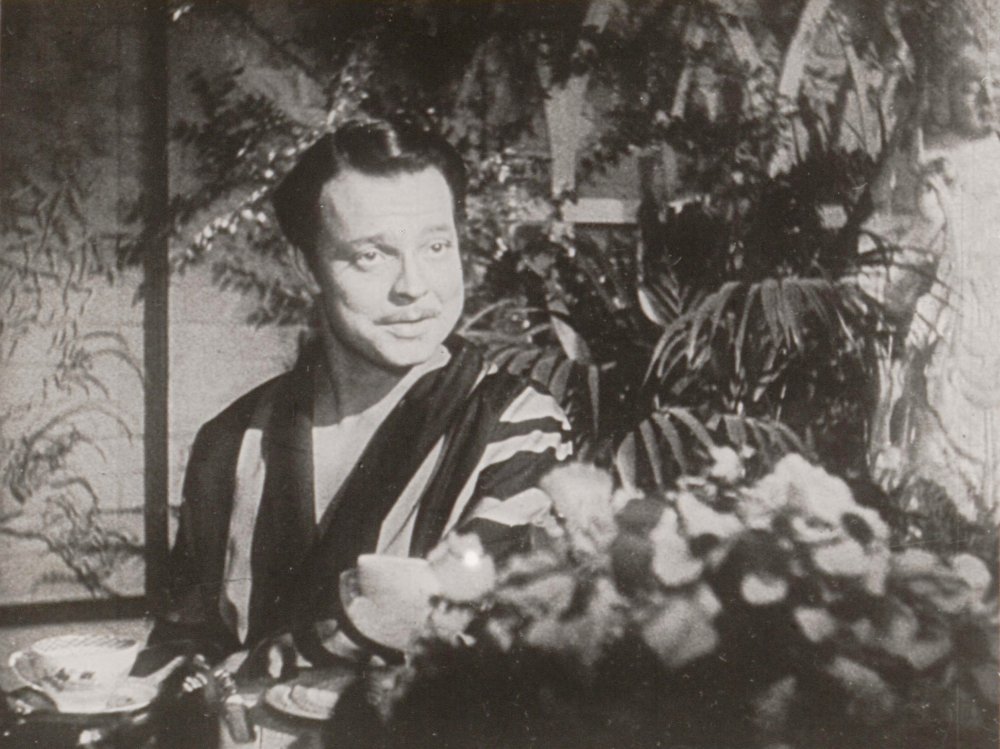 Given extraordinary freedom by Hollywood studio RKO for his debut film, boy wonder Welles created a modernist masterpiece that is regularly voted the best film ever made. 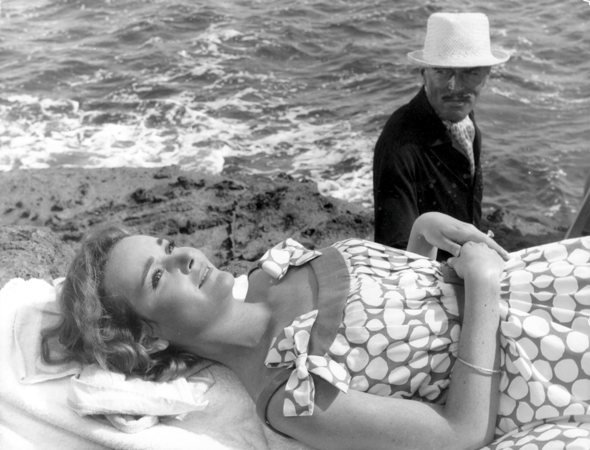 In Michelangelo Antonioni’s groundbreaking and controversial arthouse milestone, the mystery of a woman’s disappearance from a Mediterranean island is left unresolved. 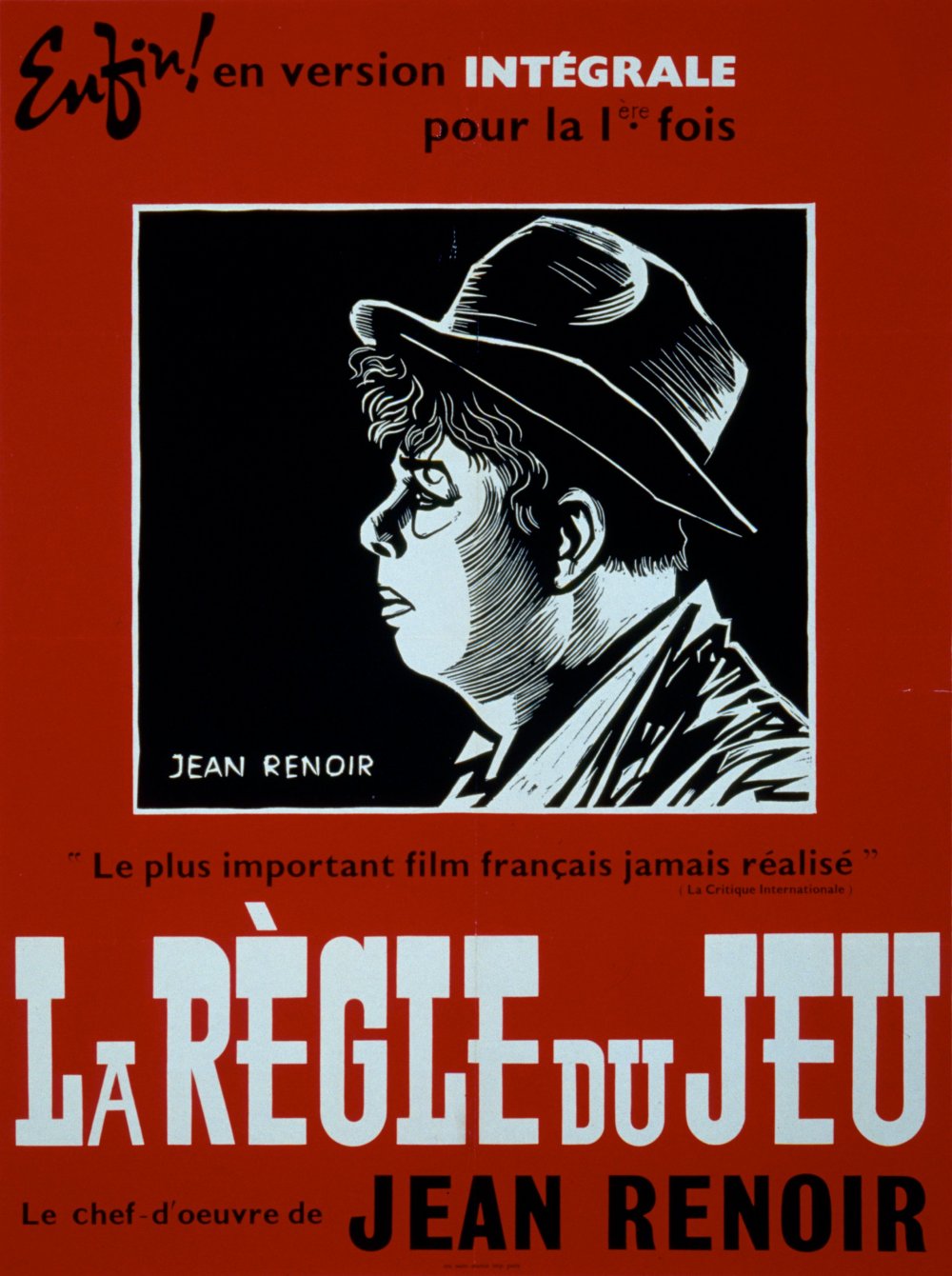 Made on the cusp of WWII, Jean Renoir’s satire of the upper-middle classes was banned as demoralising by the French government for two decades after its release. 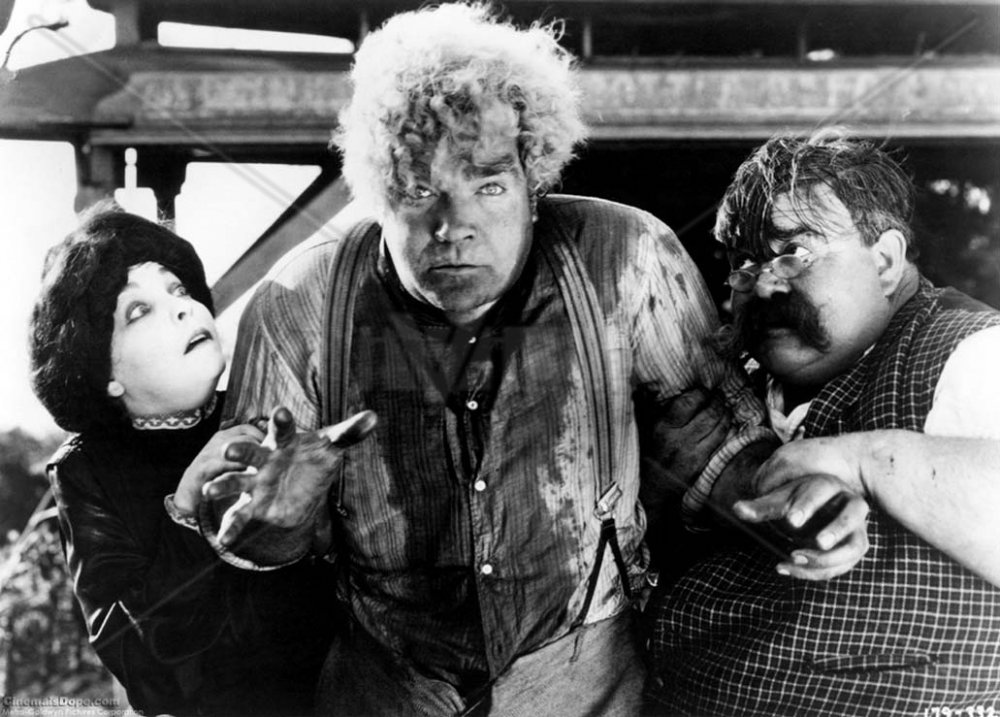 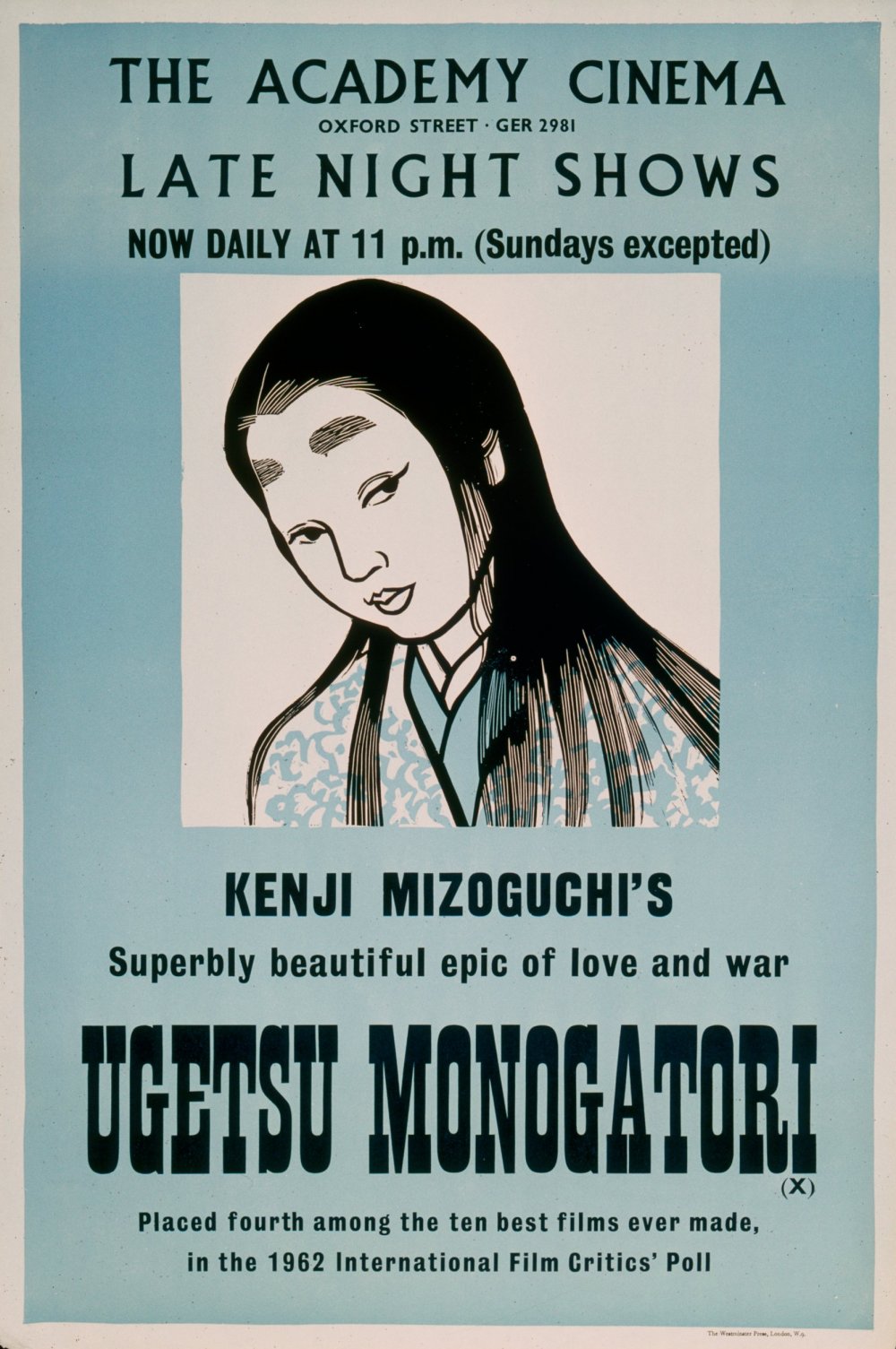 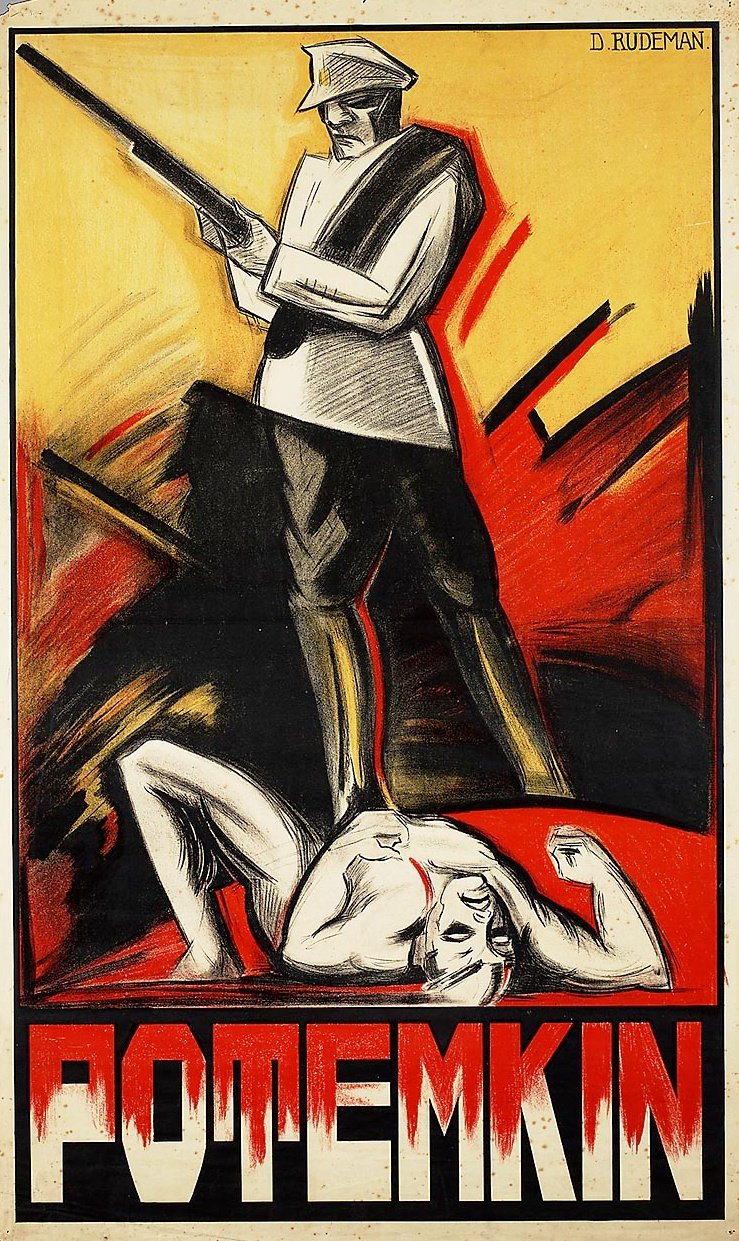 A fixture in the critical canon almost since its premiere, Sergei Eisenstein’s film about a 1905 naval mutiny was revolutionary in both form and content. 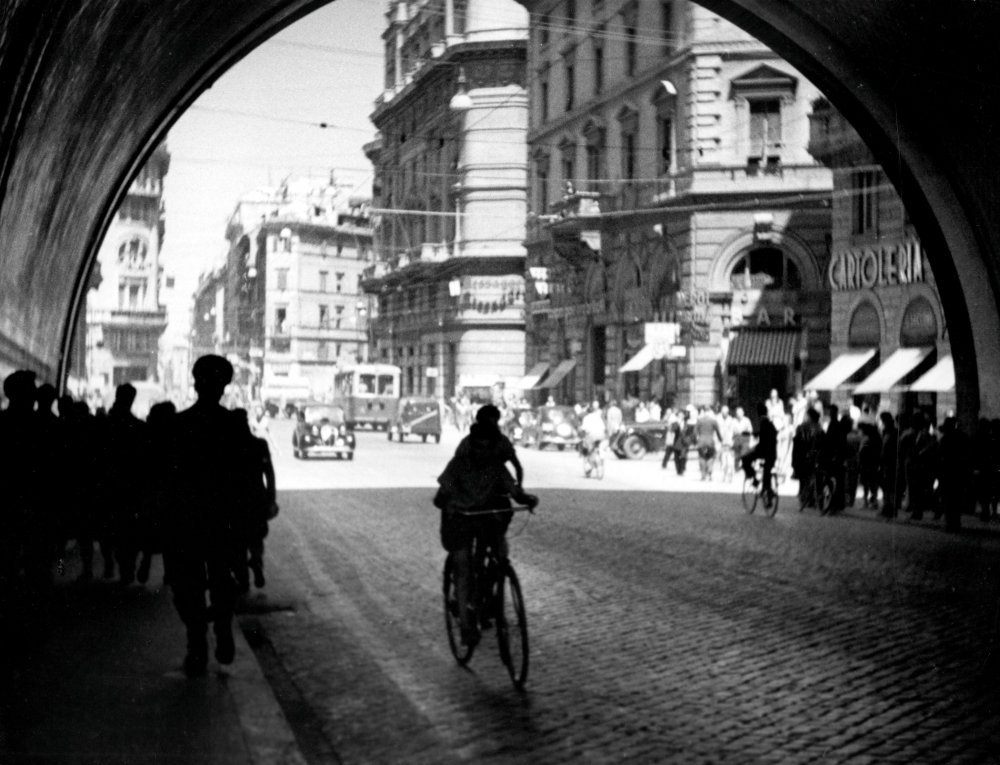 De Sica’s story of a father and son searching for a stolen bicycle on the streets of Rome is a classic of postwar Italian cinema. 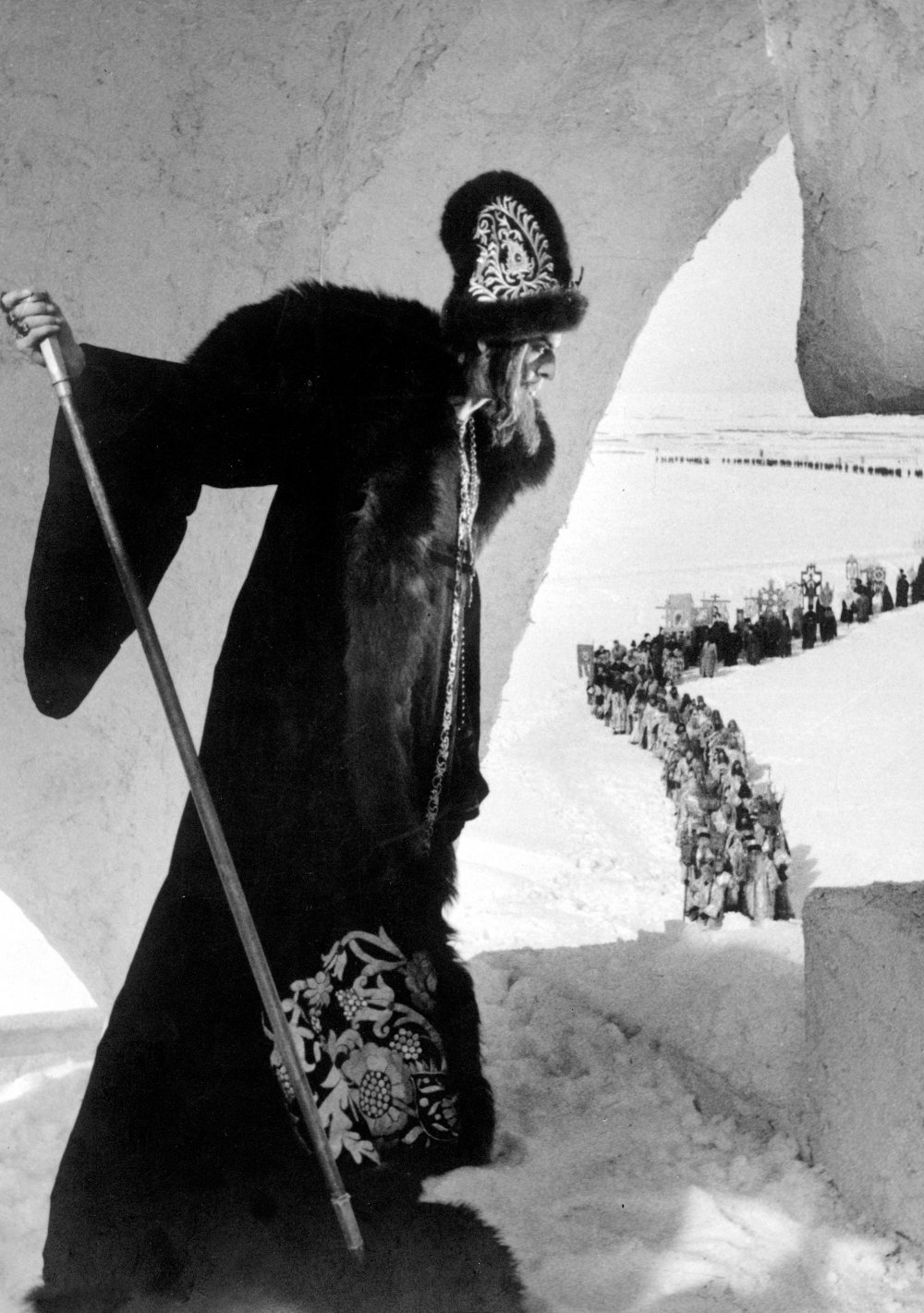 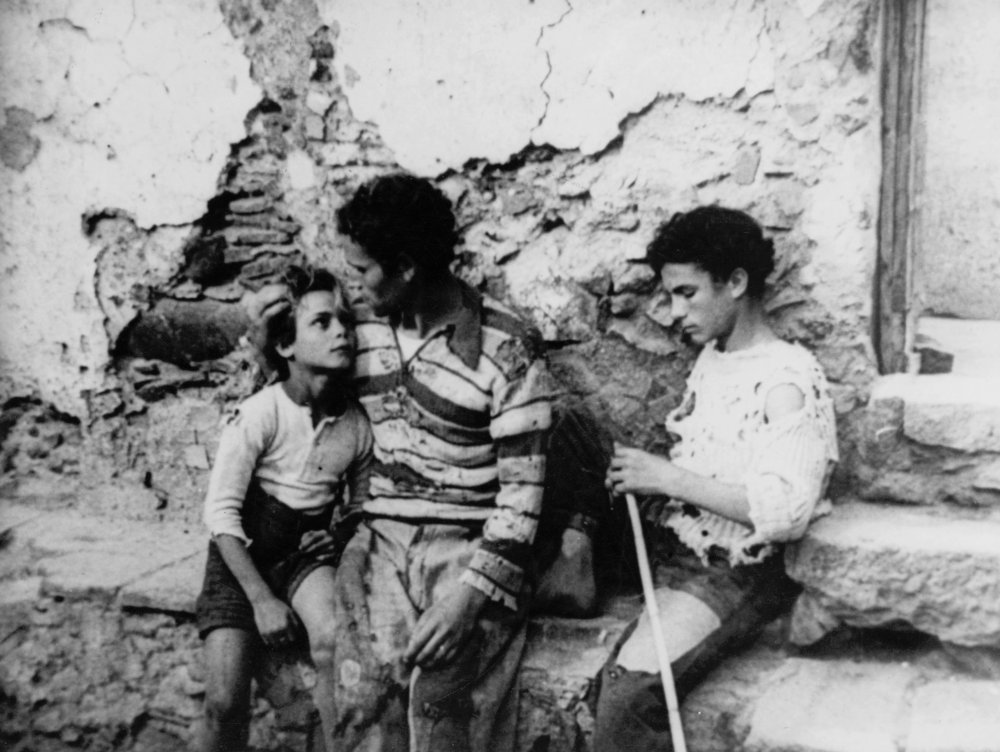 Set and shot in a small village on the east coast of Sicily and using non-professional actors, tells the story of a fishing family who try to escape from poverty and exploitation by becoming the owners of their own boat. To acquire the boat, the family has to mortgage their house, and when the boat is destroyed in a storm, they are ruined.

☞ Where to begin with Luchino Visconti
☞ The roots of neorealism 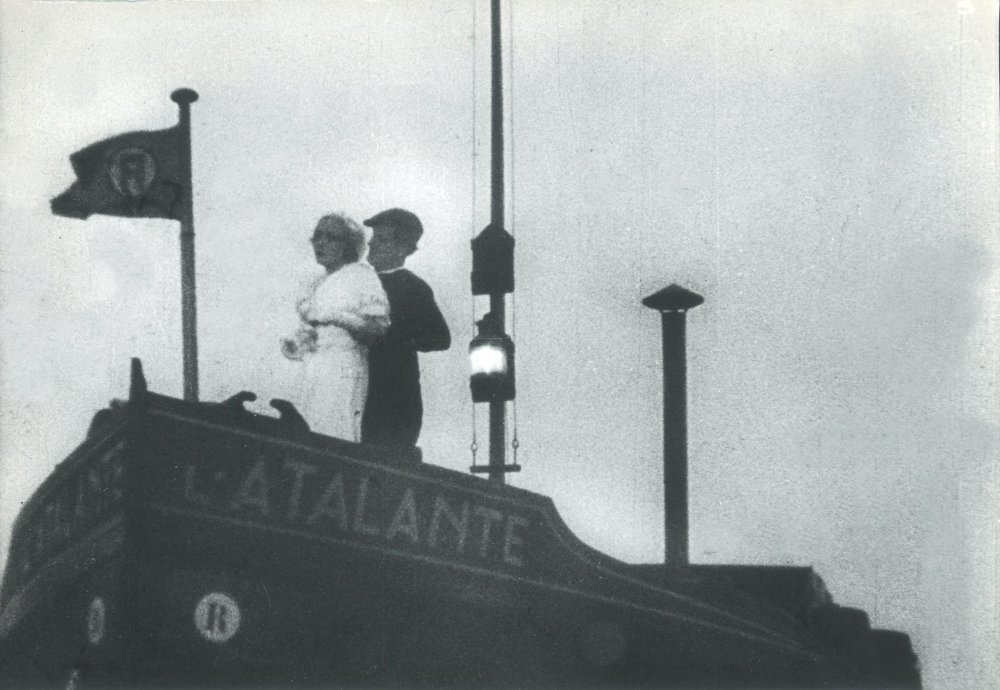 Newly-weds begin their life together on a working barge in this luminous and poetic romance, the only feature film by director Jean Vigo.

Love story between a French actress and a Japanese architect set against the background of Hiroshima and the atom-bomb.

The first part of Satyajit Ray’s acclaimed Apu Trilogy is a lyrical, closely observed story of a peasant family in 1920s rural India.

An anarchic study of life in a French boarding school by the sadly short-lived poetic master Jean Vigo (L’Atalante).

The Tramp wins the affections of a blind flower seller (Virginia Cherrill) in this hilarious but heartbreaking comedy – one of Chaplin’s uncontested masterpieces.

14=. The Childhood of Maxim Gorky

The first part of a trilogy based on Maxim Gorky’s memoirs, spanning the young Alexei Peshkov’s experiences living with his grandparents in Nizhni-Novogorod.

Chaplin’s snowbound silent comedy contains two of his most celebrated foodie setpieces: the boot supper and the ballet of the bread rolls.

Lured to Hollywood by producer William Fox, German Expressionist filmmaker F.W. Murnau created one of the silent cinema’s last and most luminous masterpieces.

☞ Where to begin with F.W. Murnau
⨀ Buy Sunrise on Blu-ray+DVD

(aka Song of New Life / Zemlya)

Ill-received in the USA upon its release, Chaplin’s post-war black comedy stars himself as a bigamist killer of wealthy women, based on the French serial killer Henri Désiré Landru.

Train driver Buster Keaton gives chase when Union agents steal his locomotive in this classic silent comedy set at the time of the American Civil War.

☞ The General: the greatest comedy of all time?
☞ Buy Peter Krämer’s BFI Classics book on The General

Jean Renoir’s pacifist classic is set in a German prisoner-of-war camp during WWI, where class kinship is felt across national boundaries.

This study of a terminally ill civil servant seeking meaning in his life is one of Japanese director Akira Kurosawa’s finest achievements.

Father Nazario, a poor Mexican priest, struggles to live literally according to the teachings of Christ in Buñuel’s typically beady look at human passions and foibles.

Eisenstein’s classic of revolutionary fervour recreates the overthrow of the Tsar in 1917 Russia and the organised rising of the proletariat in the ensuing October Revolution.

De Sica’s heartbreaking classic about a destitute old man in Rome, trying to survive with only his faithful dog Flike for company.

In Alain Resnais’ infamous art-house teaser, from a screenplay by Alain Robbe-Grillet, a male guest at a chateau claims he met a woman there the year before.

Responding to criticisms of racism for his record-breaking The Birth of a Nation, filmmaking pioneer D.W. Griffith made this epic drama depicting intolerance through the ages.

The story of a fading old vaudevillian who prevents a young dancer’s suicide, nurses her back to health and gives her the self confidence she needs to work again.

The horrors of yesterday shown in black and white, through documents, films and photographs found in German, Polish and French archives. The return to peace, shot in colour, shows what remains of Auschwitz.

☞ The Greatest Documentaries of All Time

Silent cinema at its most sublimely expressive, Carl Theodor Dreyer’s masterpiece is an austere but hugely affecting dramatisation of the trial of St Joan.

The final part of Yasujiro Ozu’s loosely connected ‘Noriko’ trilogy is a devastating story of elderly grandparents brushed aside by their self-involved family.

On a road trip to receive an honorary degree, an elderly academic (Victor Sjöstrom) looks back over his life in Ingmar Bergman’s art-cinema classic.