90 international critics on their top five films and highlights of 2012. 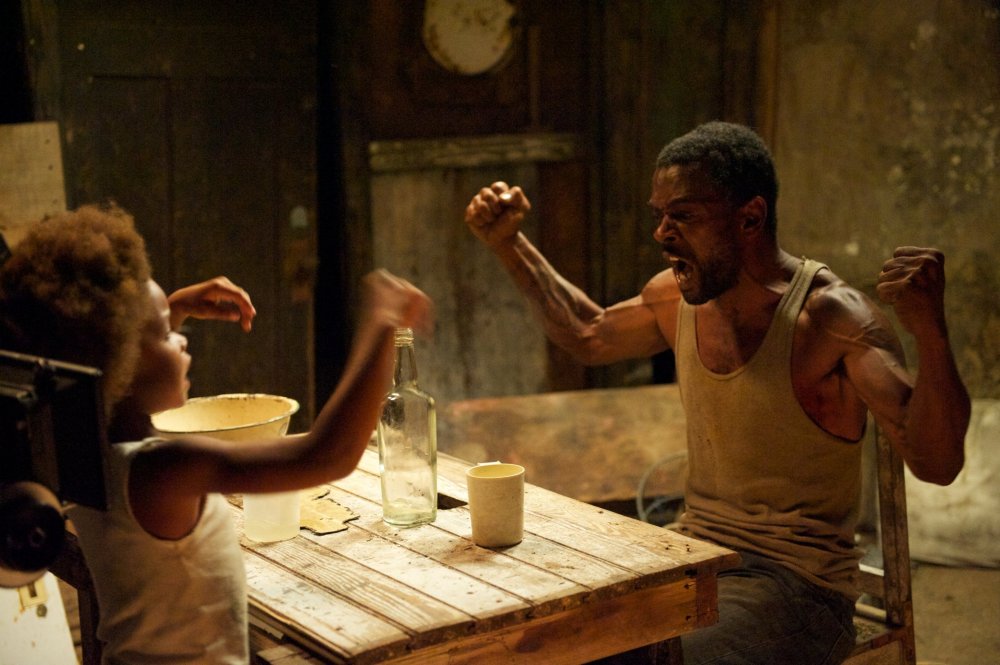 Beasts of the Southern Wild

Beyond the Hills
Cristian Mungiu

My best moment of the year was discovering this film in rough-cut form at the Film Bazaar, Goa. It’s the best independent Indian debut for something like a decade: three interrelated stories about the tattered soul of contemporary India. Sometimes it’s worthwhile being a critic!

In many ways the year’s most extended moment of cinematic wonderfulness happened on television: Series 1 of Lena Dunham’s remarkable Girls. Episode 7, ‘Welcome to Bushwick aka The Crackcident’ (directed by Jody Lee Lipes), used a serial-TV staple – the prolonged party sequence that brings all characters and story threads into the same space – and squeezed from it an indelible, breathtaking, final transition: the cut from Adam (Adam Driver) angrily yelling at Hannah (Dunham), “Do you want me to be your boyfriend?” to three people and a bicycle jammed into the back seat of a taxi – with Hannah smiling beatifically. Neither Bresson nor Carax could have handled that very emotional ellipsis better.

The screening of Hitchcock’s restored Blackmail (1929) at the British Museum.

Klayman’s punchy, Twitter-interspersed film is inventive (and politically important), sharing its sensibility and a roving restlessness with essay films Nostalgia for the Light and Swandown, and a curiosity about artists and audiences with more straightforward docs Searching for Sugar Man and El Bulli: Cooking in Progress.

The apparent revival of Cold War politics between the US and Russia, Israel and Iran’s nuclear brinksmanship and climate-change chaos gave Potter’s Cuban Missile Crisis-era film a charge of urgency rather than nostalgia. Countering the violent allegories of anxiety in the summer blockbusters, an absorbing and poetic film of beauty, intensity and art as a force for change.

This Is Not a Film
Jafar Panahi & Mojtaba Mirtahmasb, Iran

A sketch for an imagined film, an essay on both the nature of reality and the ever-expanding properties of lo-fi digital cinema, a coded message in a memory key, an investigation of the impossibility of its own existence: This Is Not a Film is a frequently funny and intensely moving portrait of the artist as prisoner of conscience.

Along with Jem Cohen’s Museum Hours, my stand-out of the London Film Festival. Idiosyncratic filmmaking, utterly confident, plunging the viewer into the vivid, brilliantly imagined consciousness of Evridika, a dreamy teenage girl in small-town Armenia. Saakyan promises to do for Caucasian cinema what Lanthimos and Tsangari have done in Greece.

A shockingly limited release for this stunning and absorbing meditation on Englishness, immigration, movement, displacement and the medium of cinema. So densely layered that it demands and repays multiple viewings; so striking that I fell in love with it from the first moments.

The opening of The Tanks at Tate Modern – the space – the screenings – the permanent installations – the sense of possibility – the connections between Expanded Cinema and expanding social media. A triumphant new home for experimental audiovisual media, and an ongoing event.

Beyond the Hills
Cristian Mungiu

Something in the Air (Après mai)
Olivier Assayas, France

Attending the Hungarian Film Week hosted by the great master Béla Tarr, where the film Final Cut by György Pálfi had its premiere. It was a wonderful event where I could feel an enduring passion for filmmaking, in a country where it is increasingly difficult to make films. Later this year Tarr announced the opening of his school in Sarajevo, which I think will be an extraordinary event in the world of cinema.

I was also very impressed by the first edition of the Curaçao-Rotterdam Film Festival which, will be a great showcase for films from Central America and the Caribbean. And it was a delight to attend the Lyon Film Festival – the most extraordinary place I know for discovering and rediscovering classic films.

Sam Fuller’s Park Row probably isn’t the best film revived on DVD this year, but it might be the best DVD revival by dint of timing (and Masters of Cinema’s package is typically great). It’s the right year for a film idealising the free press and, more forlornly, the old ways of producing it.

The most accomplished film of the year – an ambiguous, elusive, powerfully acted piece. That PTA can follow the titanic There Will Be Blood with something as unique as this shows what a special filmmaker he is.

A dazzling psychodrama laced with black humour and powered by Lynch-like ambiguity, Strickland’s follow-up to Katalin Varga proves that was no one-off. Everything – from the design to the performances – is perfect.

Simon Chinn produced two highly praised documentaries this year: The Imposter and this altogether more soulful detective story, which introduced me – and so many others – to the haunting sound of Sixto Rodriguez.

Graceful, beautiful filmmaking from the Portuguese director – a love-letter to silent cinema that made The Artist (albeit a film I happily voted for last year) look crass.

Carax’s parlour game of a film was, understandably, not to everyone’s taste. But there can be little argument that it showcased one of the performances of the year. The ultra-elastic Denis Lavant is quite simply one of the most talented actors working in world cinema today.

One interview stood out this year – a wonderfully meandering hour-and-a-half chat over lunch with Elliott Gould, during the Edinburgh Film Festival. A true force of nature and an utter delight. Other than this, a trip to the BFI to see Peter Bogdanovich’s Targets (part of the monthly Flipside presentations – still among the best events programmed there) was enlivened by an appearance by Sara Karloff, daughter of Boris. Before the screening, she presented home-movie footage of her father – including the only known colour shot of Karloff in his green Frankenstein make-up. A real treasure from the archives.

While the plot gets slightly squiffy, the performances of Hoffmann and Phoenix are magnificent. If only more cinemas had shown it in 70mm…

In a world of clunky prose films, this is a piece of poetry – of the visual and musical sort, since there is almost no dialogue in Rivers’s remarkable mystical portrait of a Scottish hermit, except when the hairy old gent finds a rusting can in a rotting caravan and says, “Beans!” Shot on mucky 16mm in black and white, the film cools the blood wonderfully.

I’ll never forget six-year-old Quvenzhané Wallis cookin’ up a storm with a blowtorch, or the miracles unfolding in the sweaty Cajun bayou filled with crawfish and catfish and trees dripping moss. First features don’t get much better.

To my delight, Mendes gave us a past-the-sell-by-date Bond for a dying Empire. M, surprisingly, turned out to be the greatest Bond Girl ever – a magnificent Judi Dench, aged 77. Plus Roger Deakins’s cinematography.

The surprise arrival, via the Venice and London film festivals, of Wadjda, the first film ever directed by a woman in Saudi Arabia. Haifaa Al-Mansour’s charming, sharp drama tells the story of an 11-year-old girl who wants to buy a green bike, and was filmed against very long odds indeed. I had dinner with Haifaa at the LFF, and she’s determined to try for Wadjda as Saudi Arabia’s Oscar entry next year – although there are no cinemas in the country for a qualifying screening. Opens in the UK next spring.

Screenings of the restorations of Universal monster movies: Creature from the Black Lagoon (in 3D) and Bride of Frankenstein.

Chosen from films that opened commercially in NYC:

Ezra Pound defined an epic as “a poem containing history”; this intimate epic is a secret history of a great chunk of buried American feeling.

A masterpiece of comic invention.

Above all for the scenes of Versailles in nocturnal disarray: life as the bubble pops.

The Kid with a Bike
Jean-Pierre & Luc Dardenne

For want of any better, the words of George Oppen: “Clarity/In the sense of transparence,/I don’t mean that much can be explained./Clarity in the sense of silence.”

The act of pressing against the limits of an enclosure as a way of defining what film is.

Out of so many, the re-emergence in these parts of Luis Buñuel’s Tristana, Jean Grémillon’s Lumière d’été and Laurence Olivier’s Richard III – and, just now, a year’s end gift of Hitchcock restored for Blu-ray.