One in four UK servicemen find themselves homeless after demobilisation. A new independent British movie documents these survivors’ experiences through the eyes and ears of one of their number, paratrooper-turned-photographic journalist Stuart Griffiths. Dylan Cave reports. 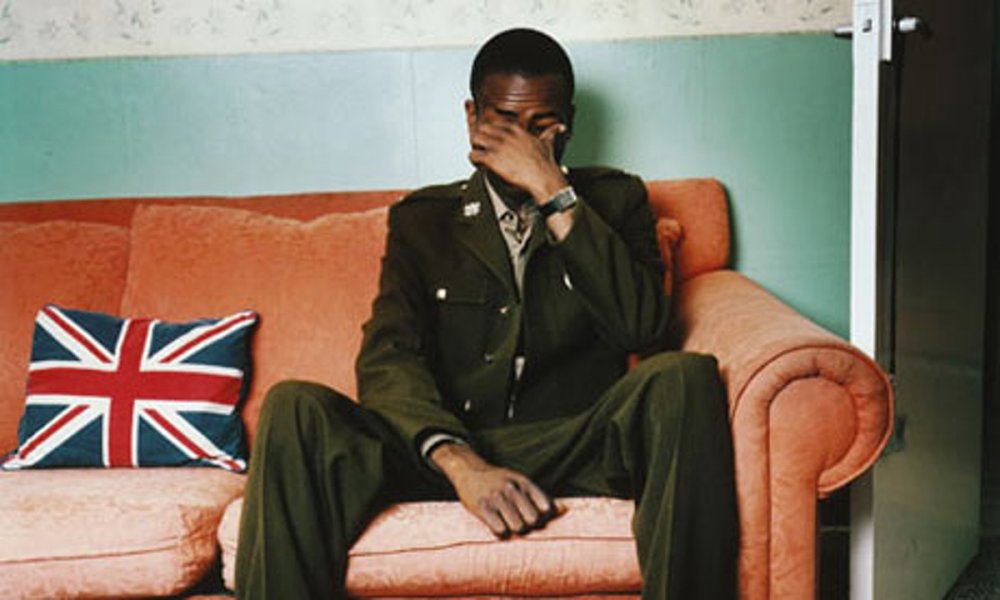 On 21 June this year, the Ministry of Defence announced that the death toll of British soldiers fighting in Afghanistan since the conflict began in 2001 had reached 300. This sobering statistic made headline news and the figure remains in the bulletins as it steadily increases.

Mentioned simultaneously was the fact that 1,282 British personnel have suffered combat wounds, serious injury or loss of limb in Afghanistan since 2006. These figures appear in the news less frequently, but the untold stories of the people involved are addressed in a new documentary, Isolation. A hit at last year’s Edinburgh festival, the film has already played in unique screenings at the Barbican and Roundhouse and begins a two-week tour of the Picturehouse cinema chain from 14 July.

Attempting to go beyond the headlines, Isolation documents the trauma experienced by those British soldiers who have suffered serious injury in dangerous conflict zones, including Afghanistan. Shot independently by newcomers Joseph Bull and Luke Seomore, the film gives a voice to the numerous ex-servicemen and women who struggle to adapt to civilian life.

“There are elements that personify the things a lot of soldiers go through,” say the directors. “The social isolation, problems with alcohol, feeling like an outsider and homelessness. We were aware of people living on the streets that had served in the army and it was something we found disturbing.” 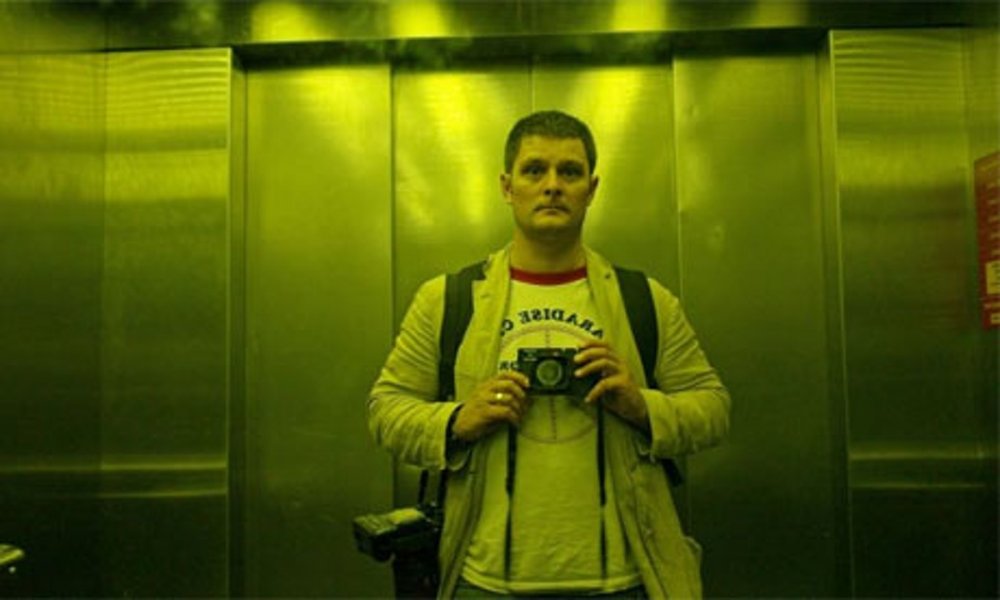 The film is centred on photographic journalist Stuart Griffiths as he tours the UK interviewing ex-soldiers who have suddenly found themselves on Civvy Street, often because of injury. The idea for the film stems from Griffiths’ own photography, in particular the work he’d already done with ex-servicemen living in hostel accommodation.

“Stuart is a brilliant storyteller, and his photographs are very striking,” says Bull. “They’ve got an intimate feel that we really liked.” An ex-paratrooper who served five years in Northern Ireland, Griffiths also spent a brief period sleeping rough after he left the army. His experience is not unique. The film states that at least a quarter of people who have left the British armed forces have spent some point sleeping on the streets. Griffiths’ personal story, augmented by the visceral frankness of his photography, comes to represent the 12 per cent of the homeless population who are ex-military.

A key part of Griffiths’ work is to collate the stories and experiences of the soldiers he photographs. As his own story unfolds throughout the film, he conducts a series of intimate interviews with ex-military personnel who’ve suffered serious injury. The ease with which he switches between passive subject and pro-active photo-essayist is borne of necessity: “When I started working in this area,” he tells me, “no one was bothered, so I had to do it myself. All of the interviewees wanted to tell their story, but I had to do a bit of coaxing. There is the façade of the stiff upper lip, but because I‘m a veteran myself, I could go beyond that.”

Bull and Seomore agree. “If we had done these interviews, it wouldn’t have worked out. Empathy is the big thing. Stuart would come in and immediately ask ‘what regiment are you in?’ If it was just us, we wouldn’t have the same connection.” The importance of audience connection is paramount in Isolation. “We wanted the interviews to feel more like conversations in a living room, not just a talking head. Statistics are on the news all the time and they can become an abstract thing that’s hard to connect with. Isolation combats that and tries to show the human side behind those statistics.” 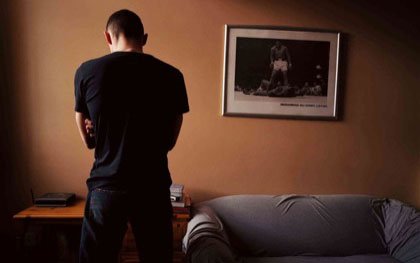 Mark, an ex-soldier who served in Iraq, photographed in his hostel room in Richmond, Yorkshire 2005.
Credit: Stuart Griffiths

Despite the film-makers’ resistance to statistics, the film is laced with occasional facts that place the personal testaments of Griffiths and his interviewees into wider perspective. The film closes with the statement that over 300 Falklands veterans have committed suicide – more than were killed in the conflict.

“One thing we learned from Stuart,” says Seomore, “is that when you leave the army, life can be quite chaotic.” The film replicates this chaos by introducing a potent clash of poetry and magic realism in between the naturalistic interviews. This creates a visual dichotomy that echoes the disparity many soldiers have between outward expression and internal isolation.

The opening sequence is typical of the way the film-makers draw the audience into the paranoia and helplessness of those living without the structure of the forces for the first time. Dark, dank London streets are illuminated by the piercing glow of high-rise walkways, or the amber throb of indifferent streetlamps, while Griffiths talks about the “neon lights and the smell of stale piss. Shops that never shut, 24-hour McDonalds, homeless people lurking in the shadows.”

Elsewhere Griffiths appears, bag over his shoulder, roaming from street to street, staring into anonymous windows or waiting on street corners while he describes the resentment, casual drug-taking and alcohol abuse that cushions the harsh reality of life on the streets. These atmospheric moments punctuate the film, creating a delusional, abstract illustration of Griffiths’ life that serves to remind us of both his own background and the skewed, solitary reality faced by ex-servicemen and rough sleepers every night. “For a lot of people on the streets,” he tells me, “alcohol is a way of life. It numbs the pain of the reality of the situation they’re in.” 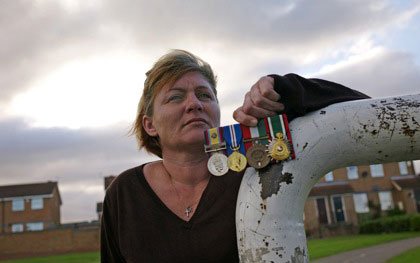 Says Bull: “We wanted an atmospheric piece that conveyed the experience of returning veterans.” What’s remarkable about Isolation is that it manages to cover all of these experiences, balancing the difficult realities of homelessness and alcohol abuse with more optimistic stories of ex-soldiers who have got their life together despite their suffering and are able to talk about their experiences.

Marianna Proietti, a TA Medic who was injured in the first Gulf War, describes her difficulties dealing with flashbacks, depression and nightmares following her tour of duty. Untreated for many years despite using the NHS, Proietti wishes there was more that the military could have done for her after she had left the service so that she didn’t feel “just a name, rank and number.”

“Some people would say that these people are victims, but I’d like to think of them as survivors,” says Griffiths. Proietti typifies the ability for these unheard voices to change from denial and pretence into defiance and protest. “People have been surprised by the film,” Seomore adds, “because they have pre-conceived ideas about what a documentary is and what ex-soldiers are like. We showed the film in the Jersey war tunnels at last year’s Branchage Film Festival. We didn’t think the guy who ran the venue was going to like the film because it isn’t a straightforward documentary. But he saw it and was moved to tears.”

Related to Street fighters: documenting the post-war wounded in Isolation