Kitty Green on The Assistant: “We all know what happens behind that closed door”

The post-#MeToo drama The Assistant stars a superb Julia Garner as an employee whose film producer boss uses his position to abuse women. Writer-director Kitty Green discusses the personal motivations behind the project, and why the film industry’s problems run deeper than Harvey Weinstein. 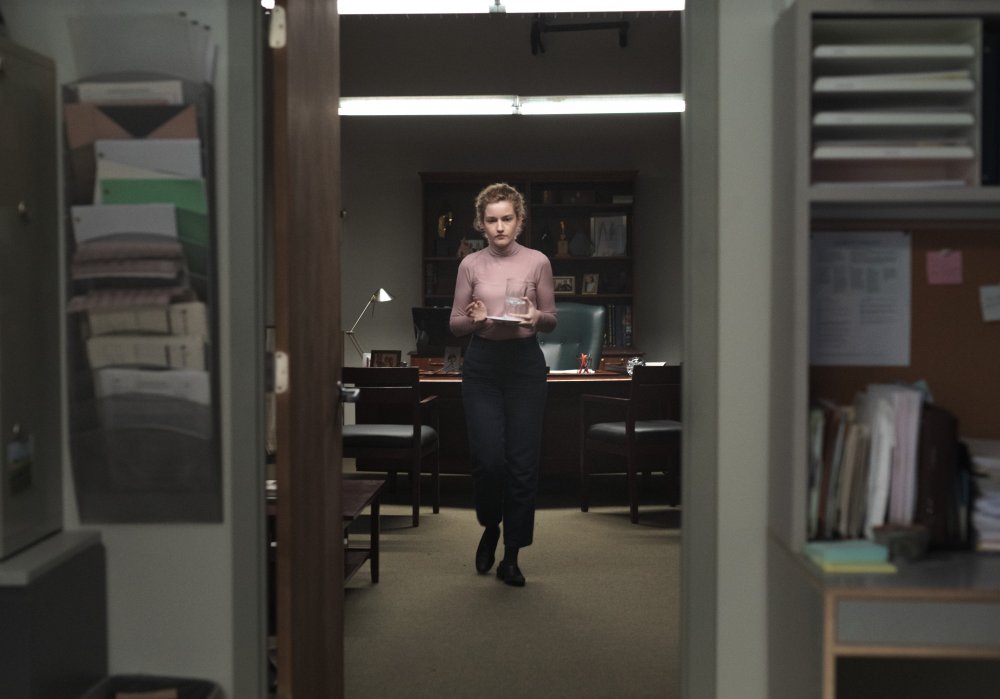 Julia Garner as Jane in The Assistant (2019)

With her new film The Assistant writer-director Kitty Green presents a film that is as terrifying as any horror movie but is grounded in sickeningly familiar everyday truths. Julia Garner puts in a phenomenal performance as Jane, the put-upon assistant to a big-shot film producer whose realisation she can no longer turn a blind eye to his sexual transgressions comes at huge personal cost. Ahead of the film’s VOD release, Green speaks the personal motivations behind her project, her deliberately understated approach and the importance of keeping the #MeToo conversation going.

The Assistant is now available to rent on BFI Player, Curzon Home Cinema and iTunes.

The issues being explored in The Assistant are universal, but did you have any personal motivations?

When I was releasing my last film [documentary Casting JonBenet, 2017], I was at Sundance and I kept getting questions from journalists who seemed to doubt whether I was actually creatively in control. I got a lot of questions about which of my male producers make the decisions, and things like that. I was really shocked. I kept thinking, “I worked so hard to make this film, and yet nobody thinks I’m actually in charge here!” 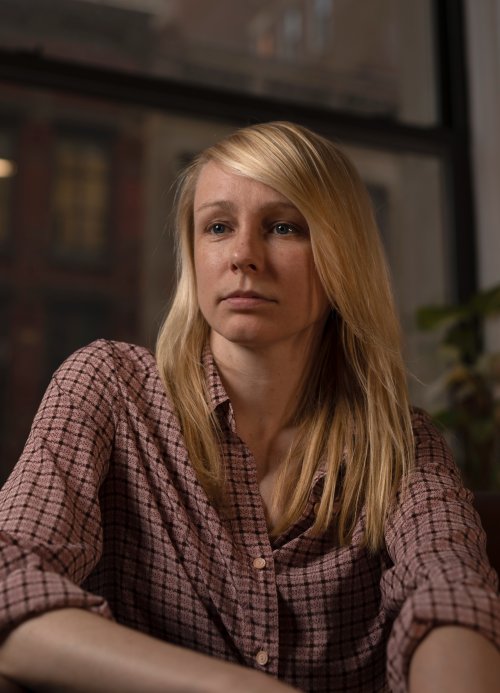 So I started thinking about making a work that looked at the systems and structures that keep women out of positions of power. Rather than looking at it top down, I started looking at it from the bottom up. And I realised that through [the story of] an assistant who works for a predator, I could explore everything I was interested in thematically, from gendered work environments through to sexual misconduct.

Was it always intended as a narrative feature?

I knew it needed to be a feature because I’m specifically interested in the micro-aggressions and small details that often get ignored or overlooked. In a documentary you have to capture what’s going on, as it happens, and so you can’t really zero in on smaller details. I also knew that if it were a documentary and just people telling these stories, it would almost sound like a list of complaints. I wanted people to emotionally identify with the character, and really feel what it’s like to be this woman.

The insidious toxicity of Jane’s work environment is emphasised by the fact that we never see Jane’s boss; was that always a conscious decision?

I wanted to the audience to sense how much power he has over that workplace, and how corrosive that power was. So it was important to me that there were little bits and pieces of him, like the phone conversations, but I specifically didn’t want anything too graphic. I think we all know what happens behind that closed door now, we’ve had enough of it. To me, what was more interesting was what happens on the other side of that door. 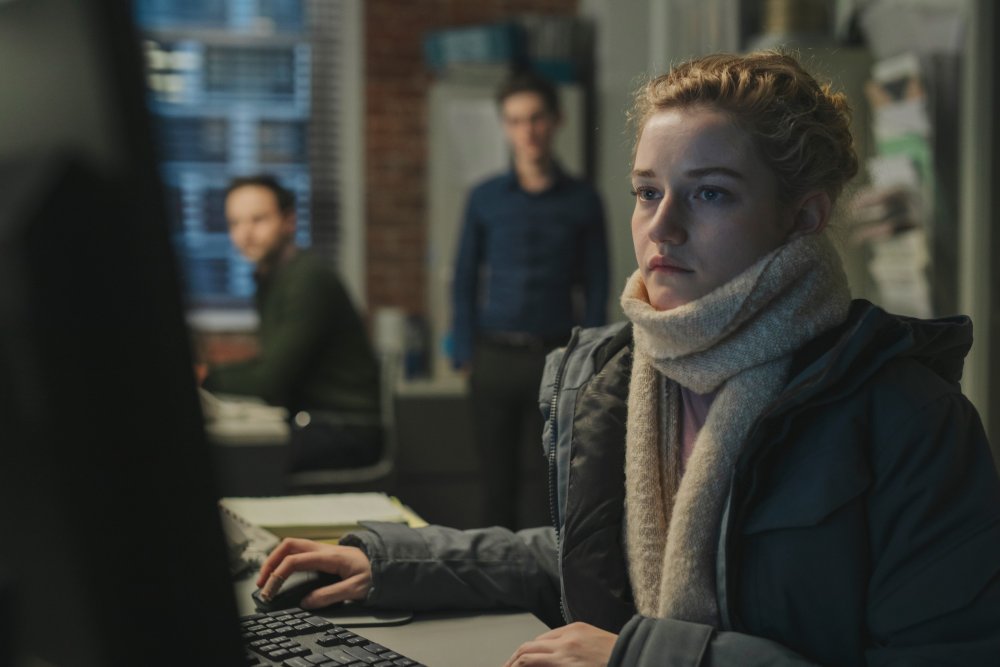 When you had written the script, how easy was it to find support and funding from an industry that you are essentially critiquing?

It was so difficult. We started sending [the script] out and we had a lot of female executives who really loved it, but couldn’t get their male bosses and male colleagues to read it or take it on. Some people would tell us that they had a really bad HR department and they were worried about that as any company that took us on would have to make sure that they looked at themselves and their own behaviour.

But I had two wonderful producers in James Schamus and Scott McCauley, and we found a great team of independent producers and production companies to come in and help fund it. We really got the right team. We were allowed to make the film we wanted to make

Part of that team is, of course, Julia Garner, who gives such a mesmerising, controlled performance as Jane. How much preparation did you do with her?

We shot the film in 18 days, so knew we needed to be very well prepared. We had almost a month of pre-production. We didn’t really rehearse necessarily; it was more discussing the script and the character. There wasn’t much detail in the script, so we needed to figure out what she was feeling, and where she was at in her life. We also talked to assistants together, who shared their own experiences. 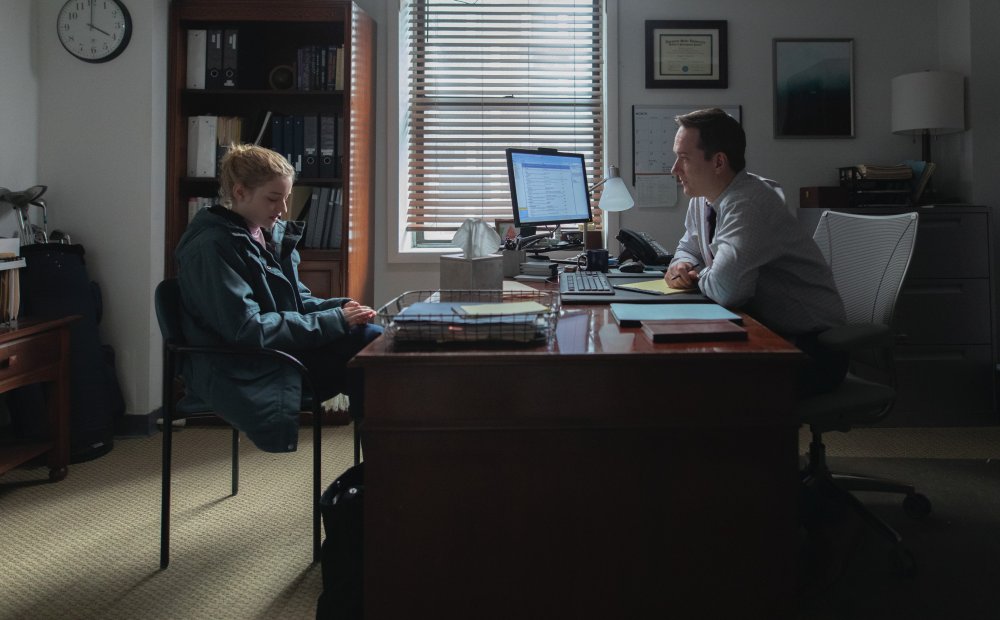 The film’s pivotal scene is Julia’s meeting with the unsympathetic HR manager (played by Matthew Macfadyen), which is an incredible piece of subtle horror. How did you approach that?

It was almost the only scene with any kind of real dialogue. The language of the film changes, and it becomes almost like a cross-cut conversation. I spoke to a lot of people who’ve gone to HR, and had talked about experiences of gaslighting. I was interested in incorporating all of that into the scene, but also making sure Matthew’s character wasn’t kind of irrational, but was quite clear and coherent in what he was presenting. It’s a difficult balance. [Julia and Matthew] did that 12-page scene again and again, and each time we found more texture and depth.

The film’s menacing atmosphere can also be credited to your cinematographer Michael Nathan, who creates the most oppressive tone. How did you work out the look of the film with him?

Michael and I have been working together since film school, so we know each other so well. It’s like we don’t even need language at this point! I often compose the shot, I’m very obsessed with the frame, and he lights. References were definitely Chantal Akerman in terms of composition and, in terms of lighting, we watched a lot of [David] Fincher – Mindhunter and Zodiac. We almost wanted the lighting to have a horror quality, this menacing claustrophobic feel, without feeling too much like we dipped into any genre. 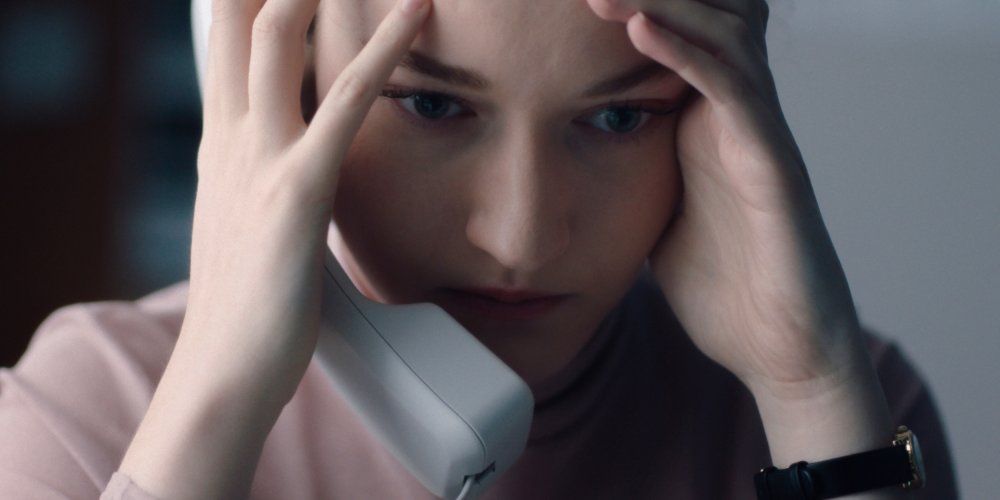 Like many horror films, there’s no real resolution at the end; just the idea that this will happen again tomorrow. Was that important?

I was speaking to a lot of women who felt they were trapped and there was no way out, so if it had ended on a positive note it would have been false. I think things are changing, they are getting better. But this is a film that’s technically set before the rise of the #MeToo movement, before we had the language to talk about this sort of stuff.

I’ve seen a lot of people calling this ‘the Weinstein film’ but to me it feels much bigger.

That’s my worry with the Weinstein label, the idea of ‘Oh, it only happens at the Weinstein company, it doesn’t happen anywhere else.’ Actually, it is going on in work places all over the world. I feel like we’re all part of this system that has kept women out of power for so long. And we all need to interrogate our own behaviour, and have conversations about power and how we can make sure the balance is shared. And also just get more women making movies in general would be great!

Related to Kitty Green on The Assistant: “We all know what happens behind that closed door”