Desperate Optimists: power to the public

As their ‘Civic Life’ project goes on tour, the filmmaking duo tell Sophie Mayer about their radically communitarian brand of cinema. 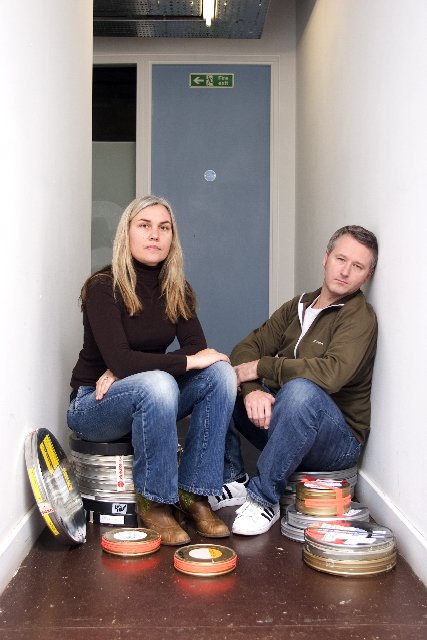 Helen (2008), the debut feature film from Dublin-born, UK-based filmmaking duo Desperate Optimists, had critics reaching for adjectives more usually associated with East European or South-East Asian than Anglo-Irish cinema: ‘haunting’, ‘enchanting’, ‘melancholic’, ‘mysterious’, ‘drifting’, ‘dreamlike’. The story of a lonely girl living in the care system (Helen) who takes on the role of a missing doppelgänger (Joy), first in a police reconstruction video and then into the lives of Joy’s parents and boyfriend, the film was both a lost-girls fairytale and a metaphysical meditation on identity, deeply embedded in social reality and yet magically ephemeral.

The film’s delicate sense of contingency arose from its process: not only was Helen made without any idea of getting theatrical distribution, but Joy (2008), the nine-minute short from which it grew, nearly didn’t get shot at all. Desperate Optimists’ short films have all been high-wire, low-budget gambles, filmed in one long take developed over the course of a single day with non-professional actors drawn from the local community. One rained-off day means a washed-out film, as Christine Molloy, half of the filmmaking partnership, remembers of Joy’s Birmingham shoot: “In the morning there were gales and rain – and you can’t use cranes in a high wind. Only 50 of about 150 people who’d been offered to act had turned up, and they began to leave. But in the afternoon it cleared up just enough…” The short went on to win Rotterdam’s Prix UIP.

While their process is a unique merging of community arts (with months spent developing relationships and stories) and vérité documentary, Desperate Optimists are also cinematic romantics. As Joe Lawlor, Desperate Optimists’ other half, notes, both critics and audiences “talked a lot about the colours in the film. What struck us was that people were responding to a traditional form of filmmaking, on 35mm CinemaScope. The people who get involved in our films know what cinema is. There’s a deep love of cinema in this country, but it’s not as wide as it used to be because access has been narrowed.”

Civic Life, which (courtesy of the Independent Cinema Office) will tour 15-20 independent cinemas in the UK this year, brings together six of their shorts and excerpts from two others (Town Hall and Daydream, commissioned by the Liverpool Culture Company for the city’s stint as European City of Culture). All were made by working with local funders and local community groups to create films that reflect local experiences – best exemplified by Town Hall, which turns a community meeting into a funny, moving film without generating a conventional narrative of conflict and resolution, and without the constraints of observational documentary. 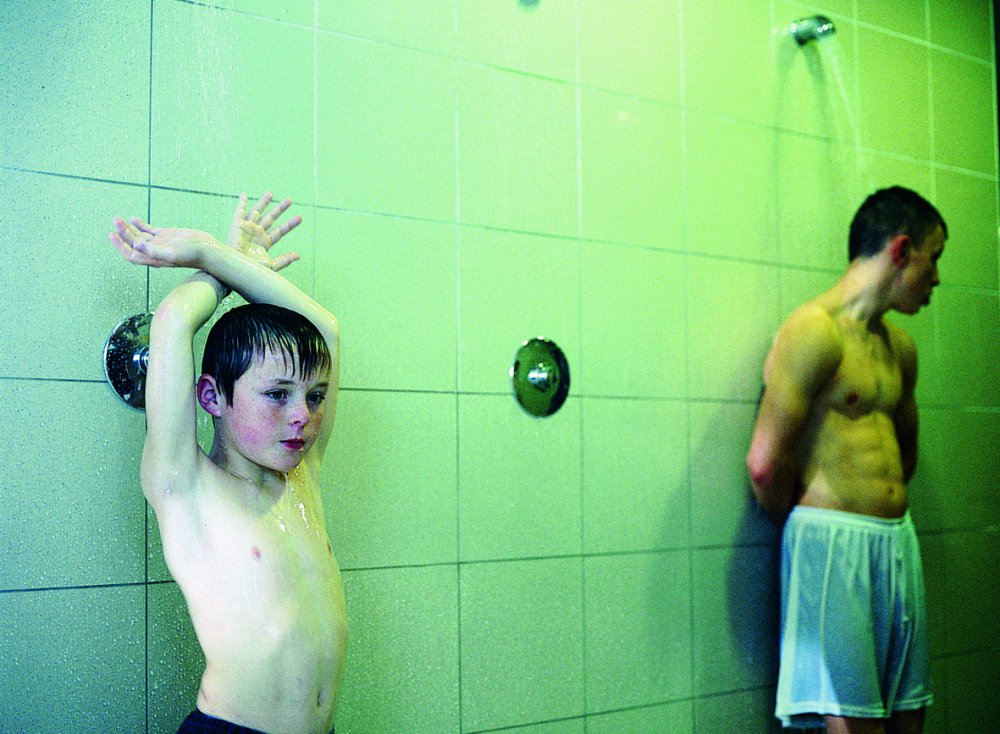 Particular lights, voices, accents, bodies, architectures and resonances shape each film, yet subtle points of connection emerge. “Quite a lot of the places we’ve worked have been going through regeneration projects and new beginnings,” Molloy notes. The shorts document the ways in which communities take pride in public spaces such as leisure centres (Leisure Centre, 2005) and green spaces (Who Killed Brown Owl, 2004).

Yet the films hardly indulge in utopian “hopey-changey” politics: their optimism is open to the ways in which public space and community co-exist with anxiety (witness the young couple in Leisure Centre who worry about raising their child), anarchy (as befits a film process working with non-professional actors that often has to incorporate interested bystanders on the day), violence (Moore Street (2004), shot with members of a Dublin-based African production company, has a startling and clever moment that plays with audience expectations about a female protagonist walking through urban space at night), dissatisfaction (in the case of the Wong Kar-wai-like dreamers of Tiong Bahru) and grief.

Twilight (2005), for example, needs no vampires to tell its engaging story about love and death. Instead, four middle-aged people wait patiently on a boat on the Tyne, the regenerated landscape of the Gateshead Millennium Bridge and Baltic Art Gallery in the background, as their friend – who has stepped off-camera – calmly relates her diagnosis with cancer and her desire to be cremated and have her ashes scattered at the point of the river where the boat hovers gently. The shorts find the beauty of regeneration, its intimation of mortality, but also its sense of continuity, as characters in the films form networks and chains of connection, often across generations.

This is the first outing for the films as a group, but not their theatrical premieres. Molloy cites the model of ‘Electric Edwardians’ Mitchell and Kenyon, who would hand out cards to people they had just filmed leaving factories or watching football matches advertising the resulting projections later the same day. Desperate Optimists, with minimal post-production, arrange a screening for cast, crew, friends and community at a local multiplex soon after their shoots. “The multiplex is a very popular cultural space, but very undemocratic,” she points out. “To grab that space for a couple of hours is a real payoff and an important part of the pitch.” 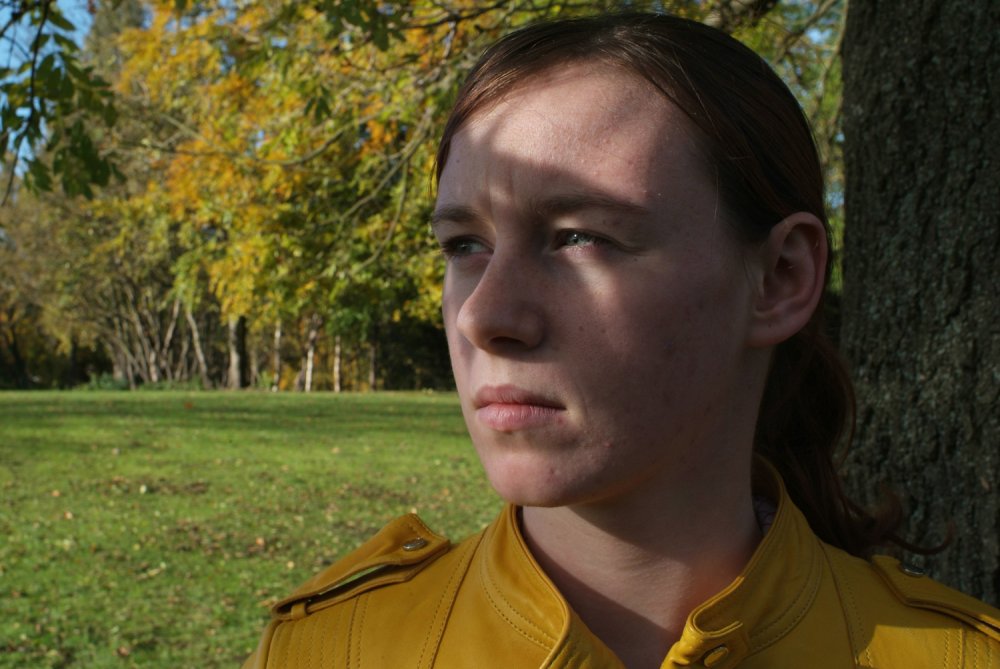 As, Lawlor adds, is the glamour we still associate with cinema. “You can come and see your friends and neighbourhood in 35mm, in parity with other films that are on release that week. Our film has got to love the people we work with, and render them every bit as gorgeous as George Clooney.”

“Our projects live or die by our relationship with the local community,” adds Molloy. “They’re all positive and hopeful even if they have bleaker elements to them because we want to do well by the people we’re working with: not creating communities, but articulating them.”

Desperate Optimists point out that their films make short work of David Cameron’s idea of creating a Big Society; they identify and rely on community groups already working successfully to create small societies, who don’t want interference from above. While they are politically articulate, they are also deeply concerned with film form and aesthetics. “Our focus is on how we’re doing it,” says Lawlor, “and that’s the most abrasive part of our work – but in cinema, there isn’t an openness to formal range.”

“When we were working in theatre,” he continues, “there was no lack of bravery in formal experimentation, and that’s where the best work was.” Before training in experimental performance at Dartington College of the Arts, Desperate Optimists started out with community projects across the arts in mid-1980s Dublin, “in the grip of austere times, even more so than now, with a deep sense of frustration because there were almost no resources.” 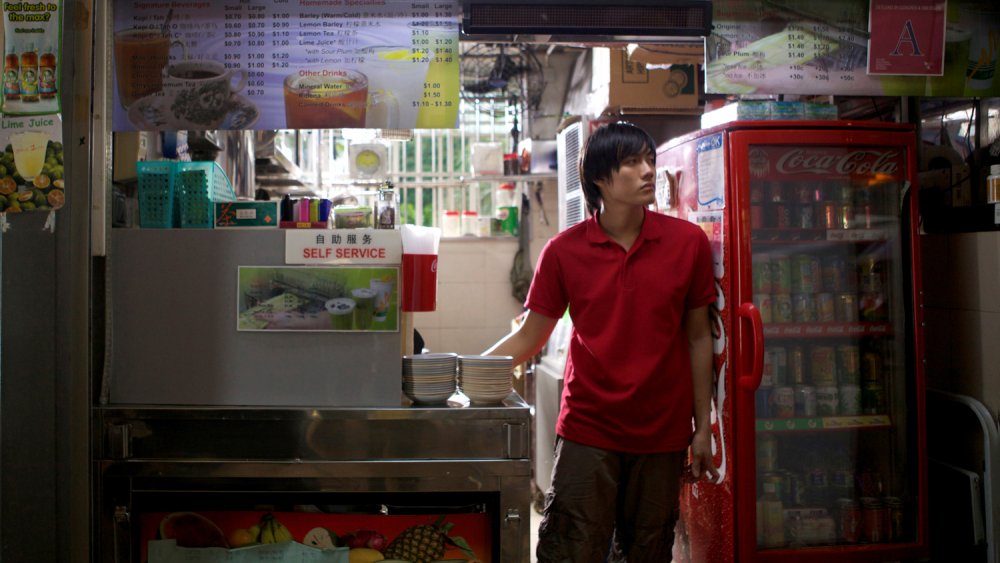 Through the newly-established Grapevine arts centre, they initially got interested in “politicising the space of culture” and a focus on process and involvement, which has continued into their filmmaking. At local screenings they distribute DVDs, which are still being screened within the community. “They have real shelf life,” Joe comments, “and that’s where it differs from performance, in the possibility of playback and sharing.”

Civic Life’s national distribution opens up the possibility of sharing in its vision of a cinematic civic life at a crucial turning point politically (as communities and individuals adjust to, or protest against, the new austerity) and creatively, with what seems like a sea change in British cinema-going culture. As Christine points out, Helen was one of a group of acclaimed recent British arthouse films – along with Hunger, sleep furiously, Better Things and Unrelated – and the trend for more experimental British first films has continued this year with The Arbor. So far, though, only Joanna Hogg has followed up with a second feature (Unrelated).

With half the finance secure and the other half under discussion, and with the script, lead actor and distributor on board for their second feature, Desperate Optimists are ready to go. “It’s our one shot to make this all-important difficult second feature,” says Joe, “and we’ve never had film financing, but because of the package we’ve put together already, we think we deserve a chance.” As Civic Life shows, Desperate Optimists are the filmmakers we need in these austere times.

Related to Desperate Optimists: power to the public