Carrying the flame of the Black Film Workshop

Second Sight, a touring programme of black British filmmaking past and present, looks to revive the spirit of the 1980s film workshop movement with four new commissions. What are the prospects for this new generation? 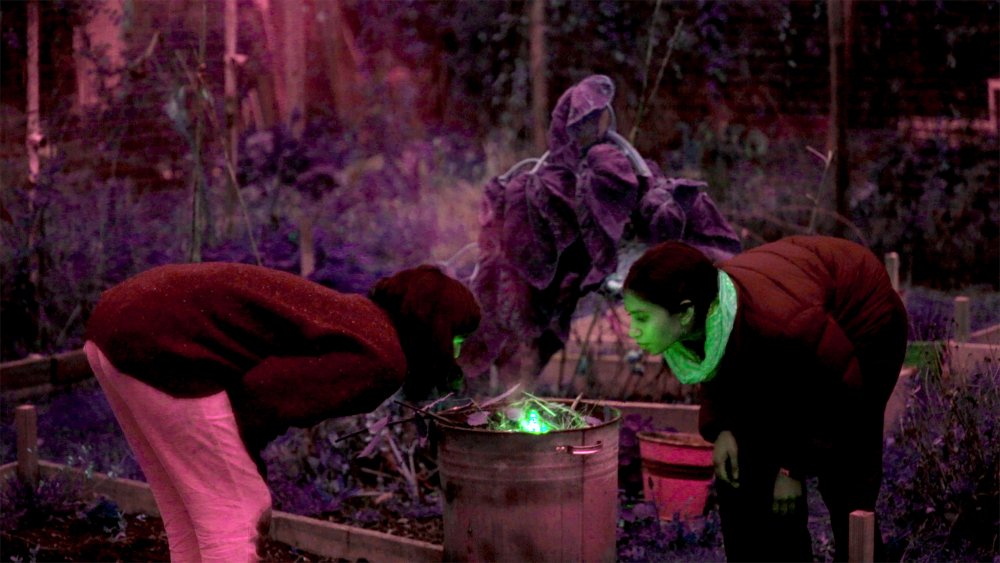 Rehanna Zaman’s Your Ecstatic Self, one of four new commissions in the Second Sight programme

When we think of a cultural movement or era in filmmaking history, it’s usually American – the Golden Age of Hollywood, the rise of New Hollywood, the era of Marvel films – or white (France’s nouvelle vague; Britain’s kitchen sink realism). But a British film movement that also deserves to be embedded in our cultural history is the Black Film Workshop.

Second Sight’s new commissions launch at the Barbican on 18 February 2020, and the archive films on 23 February. They are available for booking around the UK.

In 1981, following political unrest around the UK, Channel 4 funded several filmmaking workshops aimed at arming underprivileged artists with the tools and funding to create work tackling the political climate in which they found themselves. From these workshops, several collectives, such as Black Audio Film Collective and Sankofa, were formed, launching the careers of some of the most acclaimed and creative black British filmmakers currently working. The names of some of the directors in this movement are commonly known – Isaac Julien, John Akomfrah, Mauren Blackwood, to name but a few – however it’s generally assumed that their films were solo works. However many of the Black Film Workshop films were a joint effort, resulting in films such as Julien’s Looking for Langston, Julien and Blackwood’s The Passion of Remembrance, and Akomfrah’s Handsworth Songs. Yet sadly, as is often the way with the most radical films of the past, these films have not been upheld or canonised in the way that they deserve.

Thirty-odd years after the fact, the Independent Cinema Office and LUX are aiming to put just a few of these films back on the big screen as part of their latest touring package, Second Sight. It’s made up of two halves. The first consists of original films from the Black Film Workshop – Milton Bryan’s The People’s Account (1986), Martina Attile’s Dreaming Rivers and D. Elmina Davis’s Omega Rising Women of Rastafari (both 1988). By making these three films readily available to screen in cinemas across the UK, the ICO aims to “explore the legacy, methods, aesthetic strategies and histories of the UK’s Black Film Workshop Movement”. 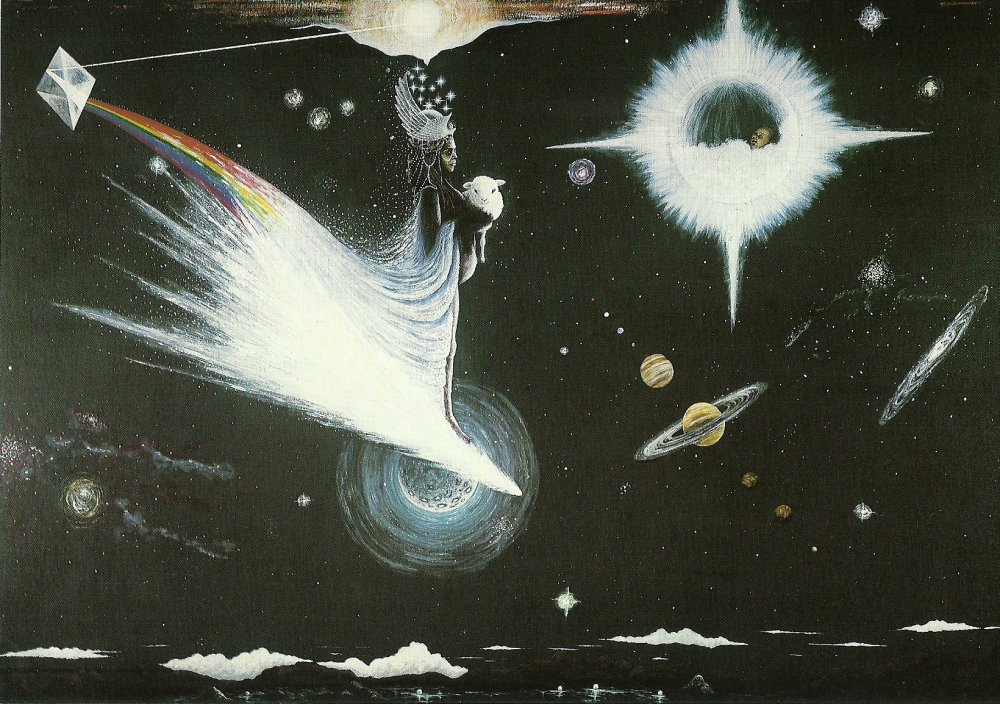 And while this half of the programme would be incredibly impactful on its own, allowing for revaluation and re-appreciation of these works from wider audiences, the additional films that make up Second Sight are perhaps even more crucial: using Attille, Davis and Bryan’s films as a jumping off point, the second half of the package consists of four new films commissioned from young artists. These shorts vary in length, subject and form, from a six-minute-long film centered around the “sheer wonder” one can experience when reacting to art to a 32-minute long film following a car journey with the filmmaker’s brother.

In Claudette’s Star, Ayo Akingbade depicts the way in which art and literature infuse “magic in[to] the everyday” – showing young artists interacting with art by artists such as Claudette Johnson and Joshua Reynolds and seminal texts by black authors. The film, Akingbade tells me, is inspired by the sentiment behind Johnson’s paintings: Johnson began to paint her peers as she didn’t see them being represented in modern art, a sentiment Akingbade also channels into her own art work. 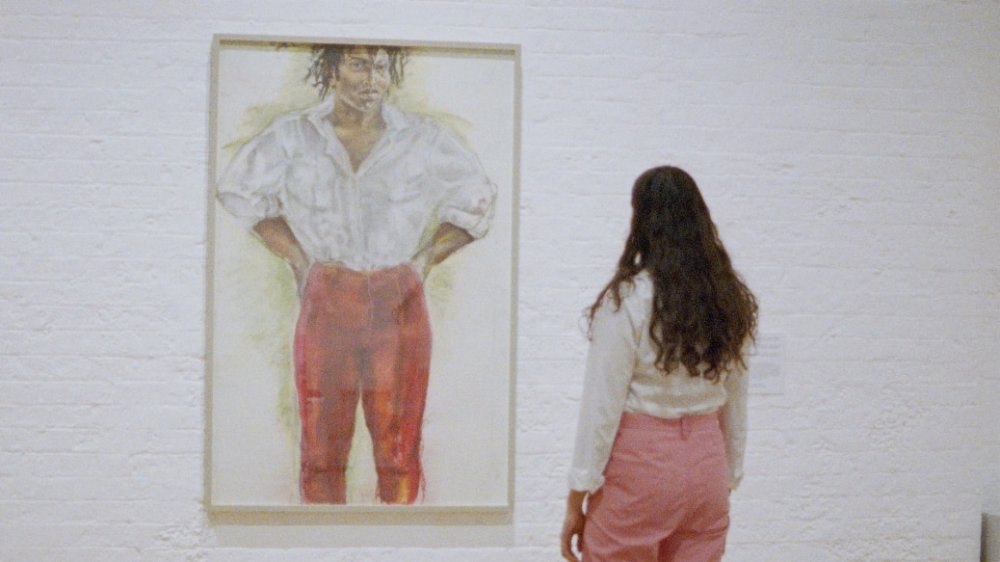 B.O.S.S. (Black Obsidian Sound System) Collective’s Collective Hum, directed by Onyeka Igwe, explores sound-system culture using overlaid images and sounds. Igwe initially started out as a more traditional documentarian, but her practices are now more rooted in the world of artist’s moving image, which “feels expansive, a bit lawless” and allows her to draw from a variety of influences.

Echoing Collective Hum’s ideas of sound and culture as interconnecting ideas is Morgan Quaintance’s South, a film that investigates the links between voices and power. What can be unlocked through the discovery of a voice? And what happens if speech is ignored? Using London and Chicago, two places where the filmmaker has lived, as fixed geographical points, Quaintance uses a wealth of archive footage to explore this subject, jumping between time and space to explore this vast subject.

Lastly, Rehanna Zaman’s Your Ecstatic Self is centred around a conversation about “rituals, erotics and race” in the South Asian community with the filmmaker’s brother Sajid on a car journey. The film is inspired by a melding of influences from the film and art world, such as photographer Ingrid Pollard’s Pastoral Interludes series. 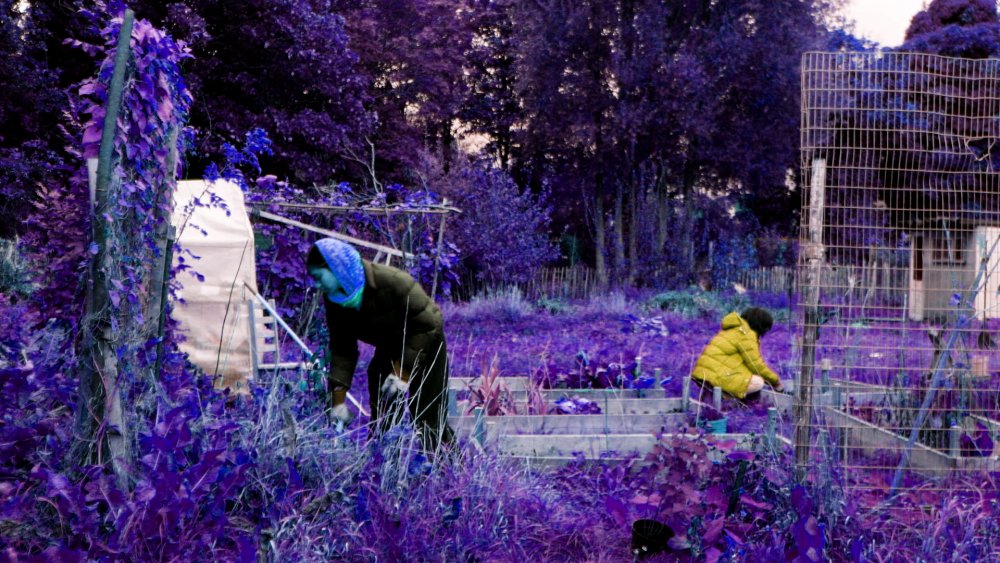 What’s interesting is that only two of the four new films – Your Ecstatic Self and Collective Hum – are made by filmmakers who participate in collectives. Has black British filmmaking moved away from a collective mentality and towards an individualist approach? For Zaman, collective working is clearly a priority – for example Your Ecstatic Self feels like an open conversation rather than interrogation, owing to the fact that her brother approached her about wanting to be in the film. Even when working solo, community and collectives are still at the heart of Zaman’s work, her films “frequently generated through conversation and collaboration with others”.

B.O.S.S, says Igwe, “brings together a community of queer, trans and non-binary people of colour involved in art, sound and radical activism”. The collective was formed following Evan Ifekoya’s 2018 Ritual without Beliefs show, for which a sound system was collectively built, and Ifekoya wanted it to be used in the community afterwards. B.O.S.S now hire out the sound system to locals, as well as staging their own further events, screenings and parties, such as a recent multi-discipline event at Somerset House. 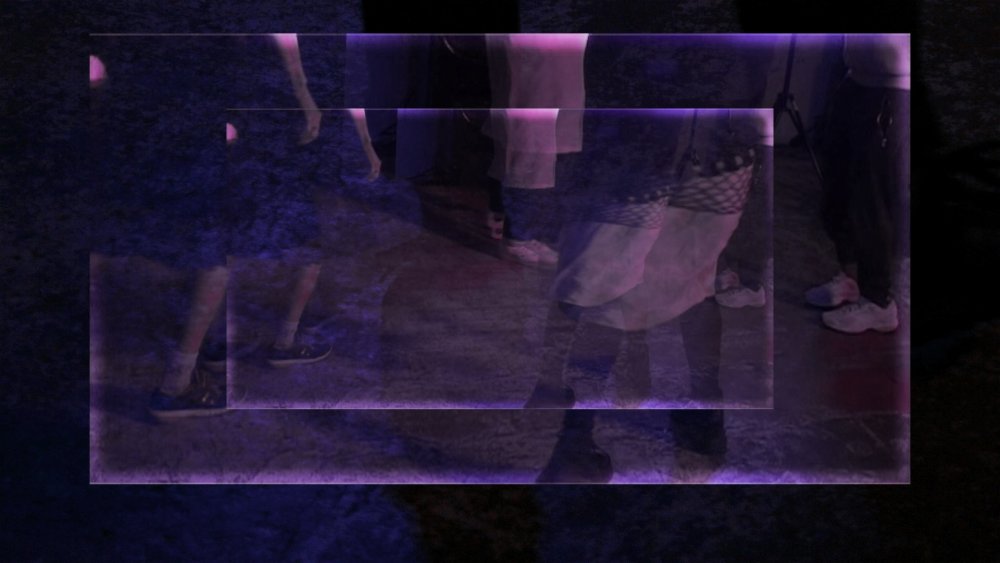 For Igwe, the idea of a collective still feels radical. “It’s about people coming together outside of official institutions and the like to make space for themselves,” she says. “To learn together, share skills and resources when often those very things are otherwise out of reach.” In the face of systems of power, she tells me, there’s so much agency in collectives.

Akingbade also notes the importance of black collectives not just in filmmaking but in art, noting that Claudette Johnson was a member of Blk Art Group, an art collective that ran alongside the Black Film Workshop. She also notes, however, that many of the collectives dissolved or became fractured as their members were co-opted into the industry. 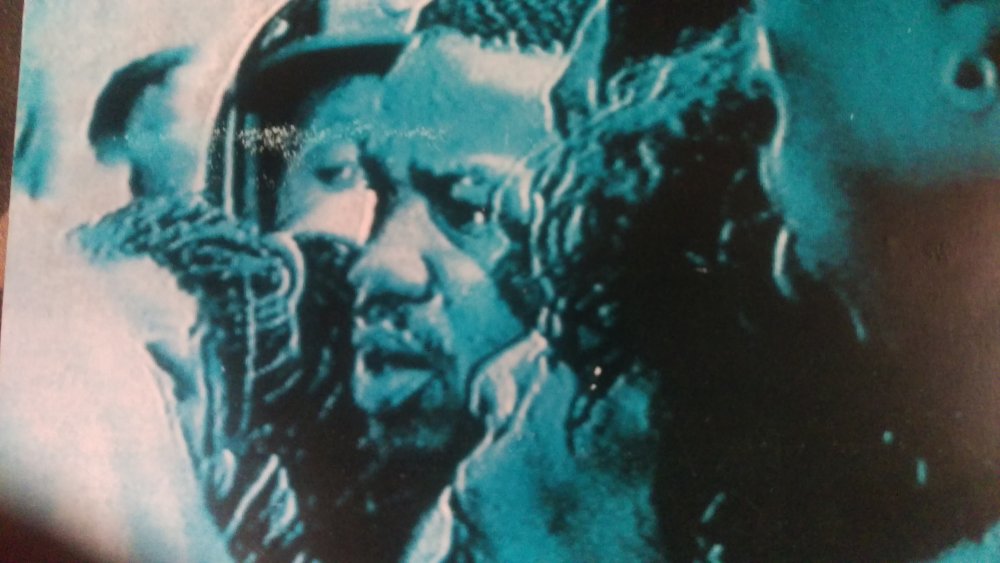 This raises an interesting question: are institutions and funding bodies such as Channel 4, which gave many of the artists in the Black Film Workshop funding and wide exposure by airing their films on television, to and the ICO and LUX, without whom Second Sight wouldn’t exist, a help or a hindrance to black British filmmakers? It’s a chicken-and-egg situation: without public funding these collectives wouldn’t exist; with it, they perhaps become fractured as some members rise above others.

Quaintance has an interesting view on the role of institutions, stating that he feels there is still an issue with the way institutions fund black filmmakers’ work: “Their engagements with black artists tend to be limited to their understanding of black culture and history.” As black culture is so often overlooked and under-appreciated, Quaintance says, there is always a retrospective imperative rather than a thematic one. For example, so often film programmes about black filmmakers will follow a set period in black filmmaking history – Tate Modern’s 2015 series on the 1980s and 90s LA Rebellion scene, for example. But what seems still sadly rarer would be for a film programme to look at the black voice, as Quaintance’s film does, and pull together black films from across time and diaspora. 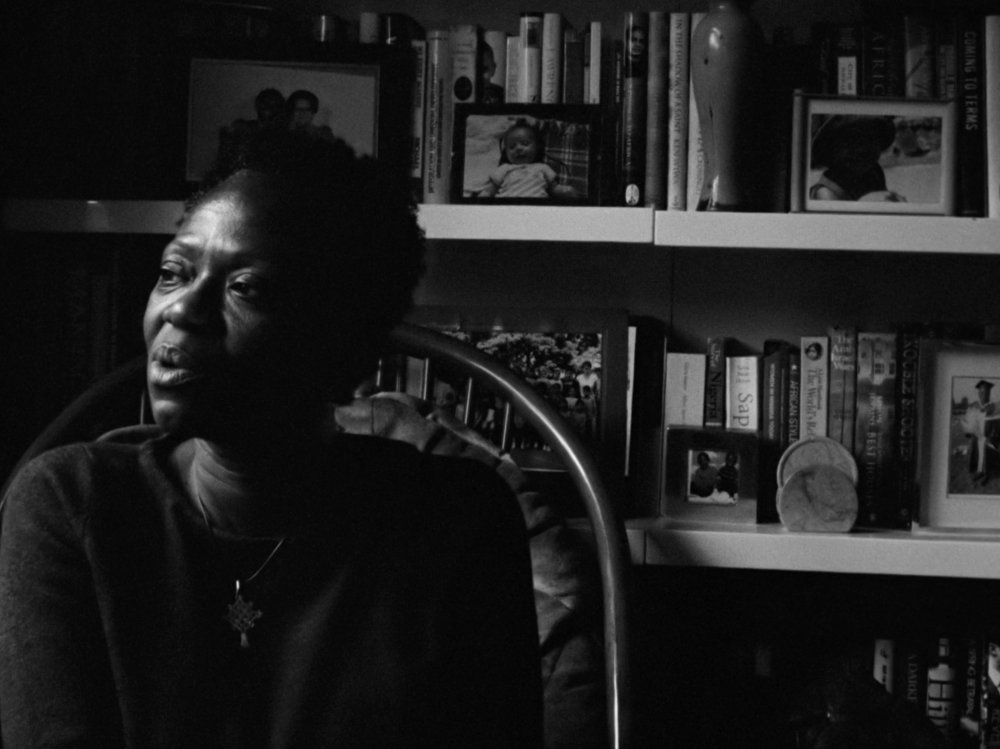 Maybe this is what Second Sight achieves, or at least seeks to achieve. The programme does not attempt to reprise the history of black British filmmaking, instead profiling a few older filmmakers we should know better alongside a few younger ones who, hopefully, we will be seeing a lot more of in the future. Reading about the project before I’d watched the new commissions, I assumed that each film would reinterpret or directly reference the archival material, showing a link from past to present. But instead what Second Sight does is highlight just how strong black filmmaking talent in the UK is, and has been for decades. Second Sight celebrates one period of black British filmmaking, and ushers in another.

But it’s not the end of the conversation. Agreeing with Quaitance’s point about moving away from retrospective programming, Akingbade also highlights the urgent need to look forward, to the future of film and art. Conversations around filmmaking legacies often feel like preaching to the converted, she says. It’s 2020, and much still hasn’t changed. 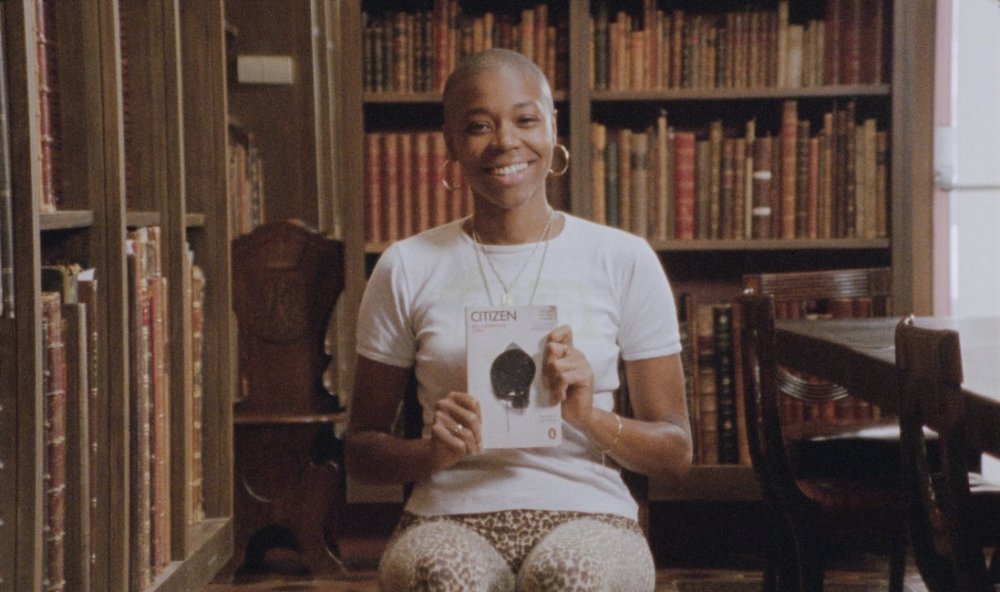 Looking forward rather than back, then, what is it that these filmmakers hope to see in the future? For Quaintance, it’s to avoid a standardisation of experience and aesthetics – for the avant-garde not to become even more sidelined in favour of more ‘palatable’ filmmaking.

Akingbade seconds this, stating that she wants to see more opportunities for people to depict their true selves on screen. She also agrees with Quaintance in that those with money now feel like they can take fewer risks, especially when it comes to fine-art film. She lays out clearly how this change can be avoided: “What is needed is more programmers and equally executives: they decide what the public sees.”

Igwe too, is clear what she wants for the future of black British film – “Bring back the Black Film Bulletin! Bring back finances, support and distribution for collective projects!” In the 1980s, the priorities of the Black Film Workshop were political and creative expression. The newer generation of black British filmmakers strive to keep making true, unique and risk-taking films. Here’s hoping that in another 30 years, black British filmmakers will be able to reflect on the films in Second Sight and use them as inspiration to create their own works.

Related to Carrying the flame of the Black Film Workshop