In the fourth entry of the Spanish director’s Covid-19 quarantine journal, he muses on sadness, sex and financial support for the cultural sector. 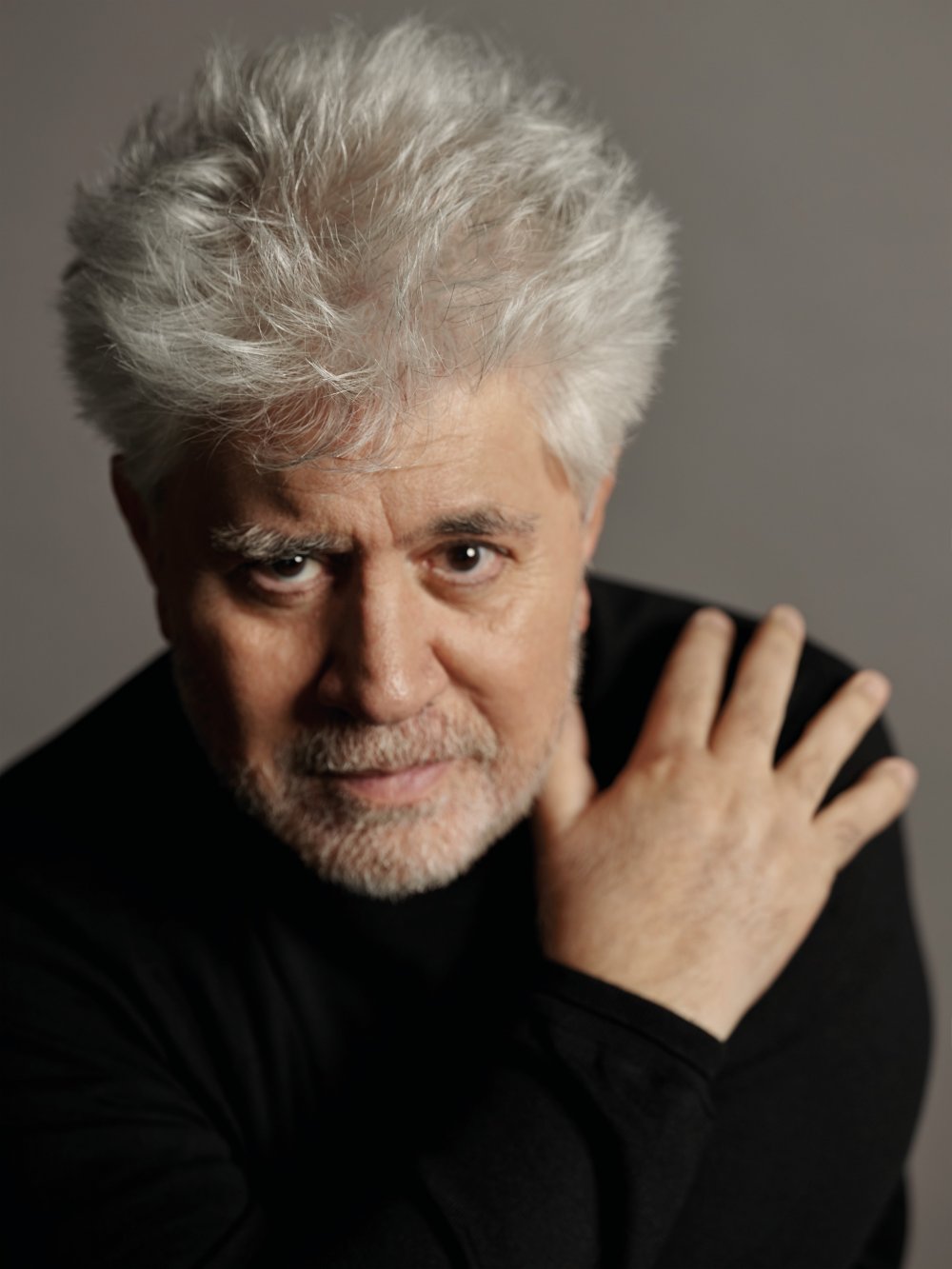 Another sad day; I’m not able to pick myself up till six in the evening. Why today and not yesterday? Is it the atmospheric pressure that’s building because, once again, it’s obvious that the EU doesn’t work when it’s most needed? Is it because it’s Maundy Thursday and the streets are deserted of believers and saints? Or is it because of yesterday’s 683 deaths, even if this is an optimistic figure compared to those who died the day before – over 700?

Faced with the lack of social life, one starts missing events and festivities that I didn’t pay attention to before the confinement, such as (apologies to believers) the mass-attended Holy Week religious processions. Even though I’m neither a believer nor idolatrous, I think I’ll be joining some of the processions next year in my hometown, where tradition is strong, or in Málaga where Antonio has invited me so many times.

Depending where you look, there’s a myriad of reactions, and for some isolation is even a solution. “We have benefited from the quarantine: for as long as it lasts we have a guaranteed roof over our heads. We don’t know what will happen afterwards; we don’t even want to think about it. We live one day at a time”.

The person who said this is a Cuban who arrived in Valencia a year and a half ago; he lives in the city centre with other families from Colombia, Nicaragua and Romania, in a flat provided by the private foundation Per amor a l’art [For the love of art]. Although he has occasional work (pizza delivery, night-shift security guard), he doesn’t have any papers yet. The current situation guarantees a roof for him, but when everything returns to normal, that’s when the big adventure will start for him and his family.

An actor friend of mine tells me he’s in a similar situation. Aside from asking after his health, and that of his partner and his cats, I’ve called him to find out how his libido has been since he’s been isolating, and he tells me it is normal, even kind of better. The lack of stress, as well as neither short- or long-term planning, is benefitting his relationship with his partner. He tells me, no comparisons, that his psychologist friend is still working online, and that the majority of his patients feel much better than usual.

General chaos and anxiety (together with lack of stress) produce positive symptoms; there’s no need to respond to everyday needs, and that makes them feel liberated. I understand that such a troubled, painful world can make their problems seem small in comparison. I don’t know how to explain it, but I do understand that the psychologist’s patients feel better when everything falls apart. 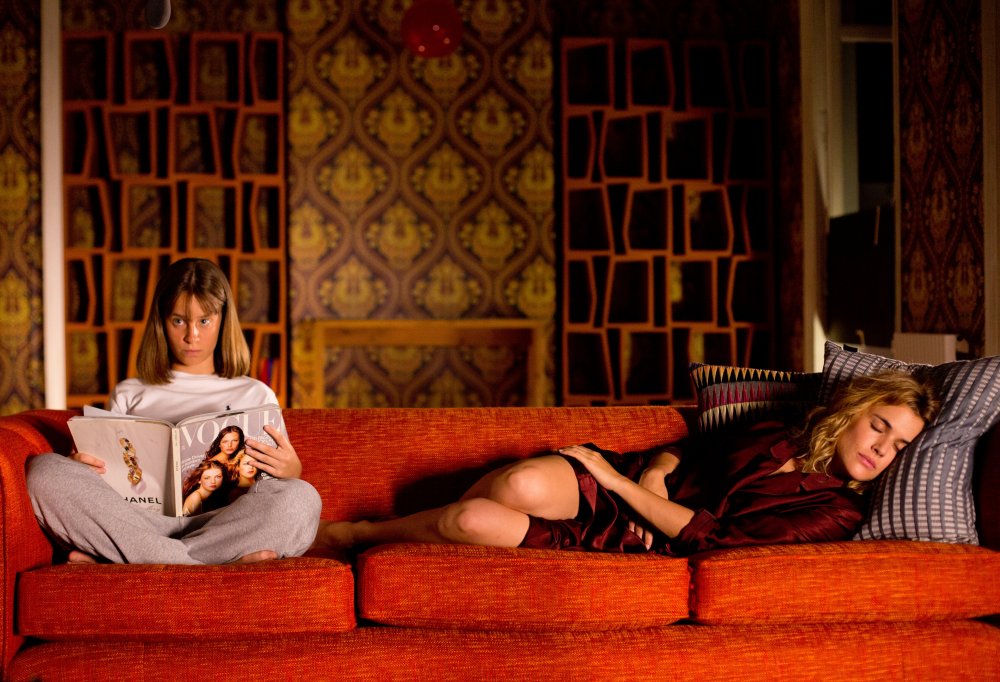 The ones who are not doing so well are those who are sexually isolated (especially the most promiscuous, who live without a partner). That’s why I’d phoned my friend and asked him about his libido, after reading an article in this same newspaper about “strategies to calm the hunger for human contact”.

The article says that the bestsellers right now are the clitoris sucker, male masturbators, and a great variety of toys for couples.

But I understand that sex is a necessity, and a business. I read in a newspaper article about the desperate situation under which sexual professionals live.

“We are desperate,” says a female prostitute from Alicante. “Nobody has ever thought about us, but we have never been as invisible as we are now.”

Some of her workmates are spending the quarantine with a client for a reduced price. When I read this, by occupational habit I think of this subject as a great idea for a script. Based on a pragmatic decision, the client and the prostitute decide to spend the quarantine together, including a discount on the usual price for her services.

This does not mean that the client will have his carnal desires satisfied during the hard quarantine, but rather that he will be living with a professional in a situation very similar to that of a marriage; with 24 hours a day to be together, to speak, to share, to talk about their childhoods, their families, to get physically and psychologically naked, to discover each other. It’s a really rich situation to conjure with. If they survive the quarantine, I predict a very solid future relationship for these couples.

Let me quote a tweet that my brother posted two days ago comparing the Spanish, French and German reactions to the economic disaster that the coronavirus spells for the culture industry. The Spanish Minister of Culture confirmed on Monday that there won’t be any specific measures for the sector. In other words, zero help, and he did not turn a hair when interested parties expressed their astonishment.

On the other hand, the French government mobilises to defend the nation’s culture in the face of coronavirus. The Ministry of Culture will allocate €22 million to support the cultural sector.

Germany includes culture in their ‘basic needs’. The culture industry will be able to access the unlimited financial assistance planned by Angela Merkel’s government.

Three very different, very eloquent reactions. In a letter to the Ministry of Culture, the prestigious theatre director Lluís Pasqual starts by asserting that this country does not love its artists. You can admire them, envy them and even in some cases adore them; but loving them is another thing. And he is completely right. The letter is a long, detailed reproach of the historical defencelessness of culture workers and the Ministry of the same name, which only on rare occasions has represented us.

When one of the changes made by Pedro Sánchez’s new government ousted José Guirao (the previous minister of culture and one of the best cultural managers we’ve had in the last 40 years – politically independent, but with enormous experience in culture), I felt his exclusion as a great loss that reality has only served to confirm. The appointment of Mr Rodríguez Uribes is political. He is a party man, as the expression goes, and he could have been given any other department.

In our 40 years of democracy, we have not been lucky with the Ministry of Culture. I remember only minister Carmen Alborch (1993-96) and José Guirao, the latter of who had to deal with those interim months when he did what he could. Regardless of ideological stance, our country has never had the political will to help the cultural sector.

After Monday’s disdain on the part of minister Uribes, and the subsequent protests on behalf of the sector, today (Friday) the Minister for Finance and Government Spokesperson, Ms Montero, has promised there’ll be a joint meeting of the two ministries with the cultural sector, where I suppose the situation will be reassessed.

But let’s get back to the lockdown and the immediate measures to combat it. I have a lot of faith in cinema, in watching films that entertain and enrich us, and since I have started this chronicle talking about sadness, I am going to opt for titles that tell stories of love cut short.

Strangers When We Meet 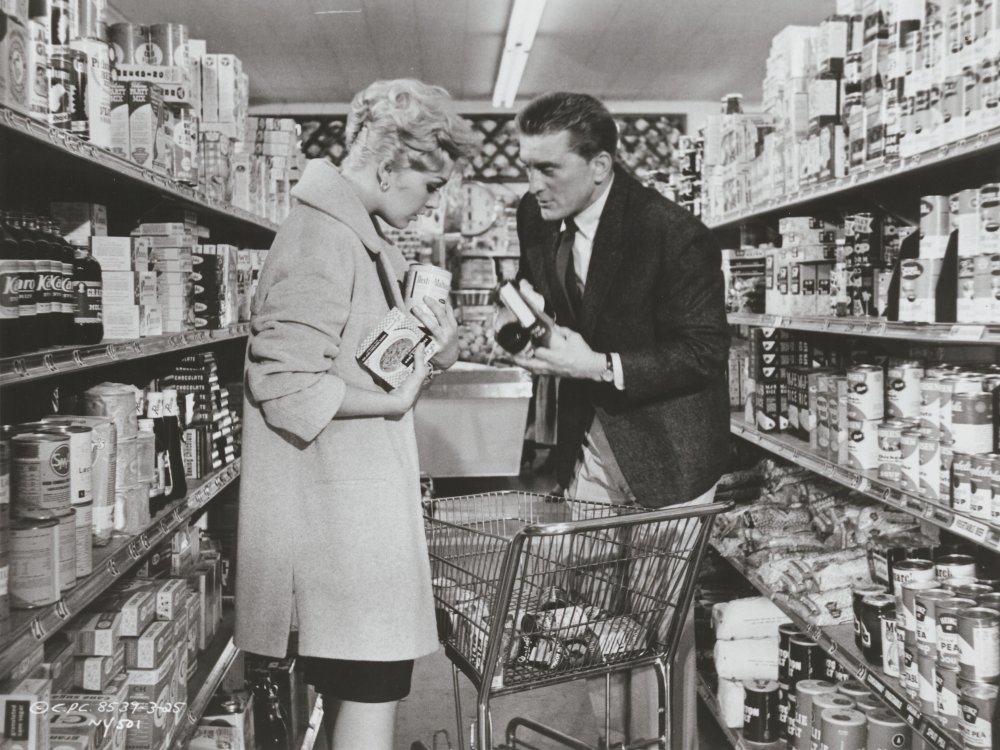 The type of story like those written by Richard Yates in his novels.

The End of the Affair 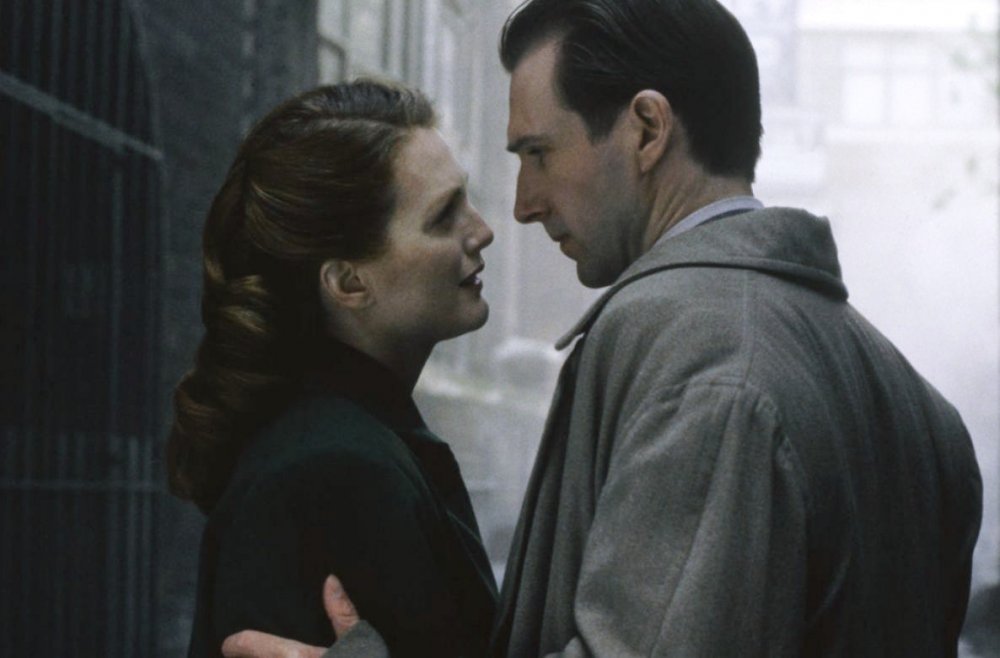 Based on a wonderful Graham Greene novel, where the desperate lover played by Ralph Fiennes struggles with the memory of the woman who abandoned him years earlier, something he never understood. He always assumed that ‘someone’ stood in the way of their relationship, and he wasn’t wrong; what he could not have imagined was that this ‘someone’ was God.

Letter from an Unknown Woman 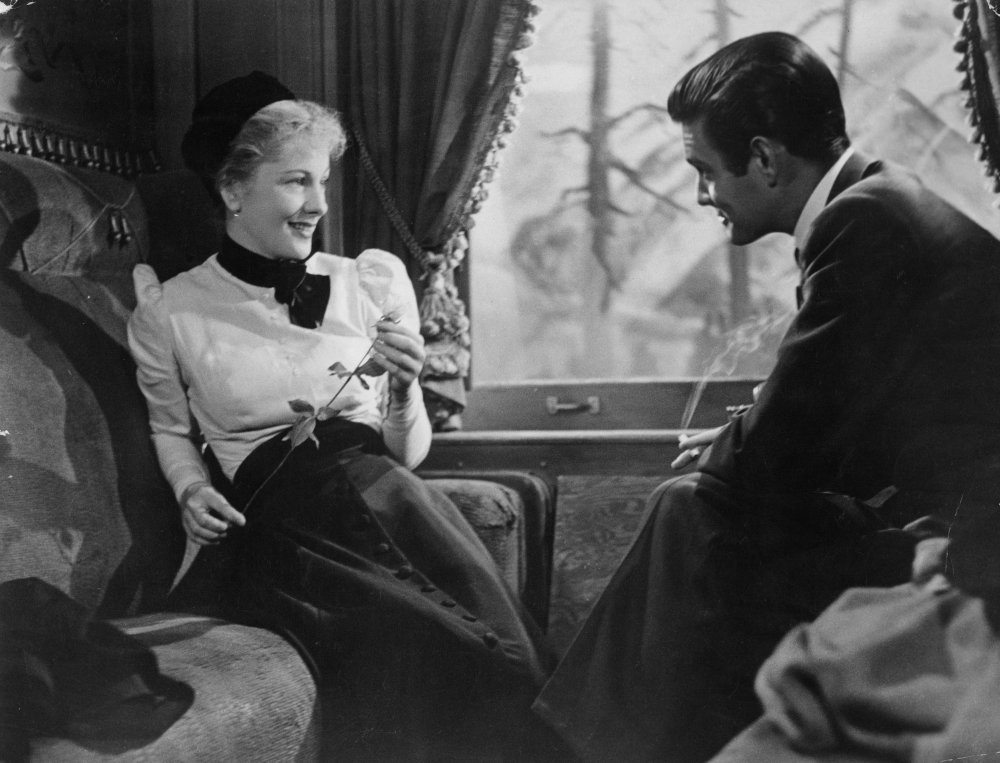 A masterpiece of impressive finesse based on a novel by the great Stephen Zweig. The epitome of romantic cinema.

☞ Masters of space: mise en scène in Ophuls and Hitchcock
☞ See who voted for Letter from an Unknown Woman in our Greatest Films of All Time poll

Lift to the Scaffold 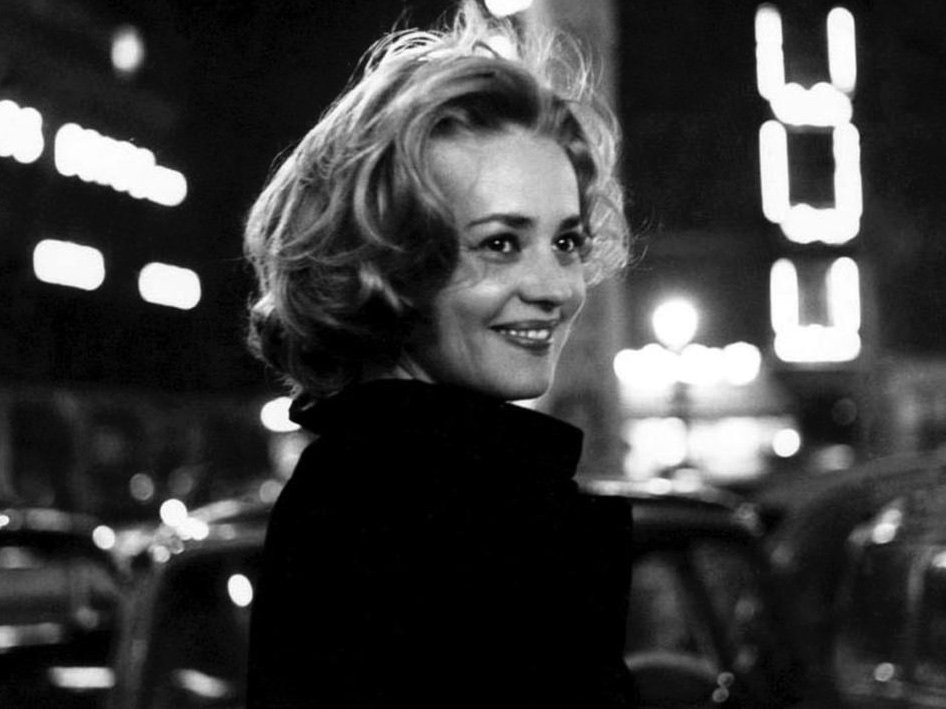 It is worth seeing the film if only to watch Jeanne Moreau walking the streets of Paris. Not to mention the soundtrack improvised live during a screening by Miles Davis in his Parisian years. And Maurice Ronet, forever mysterious and warm. And sad. But in this list, sadness has value. 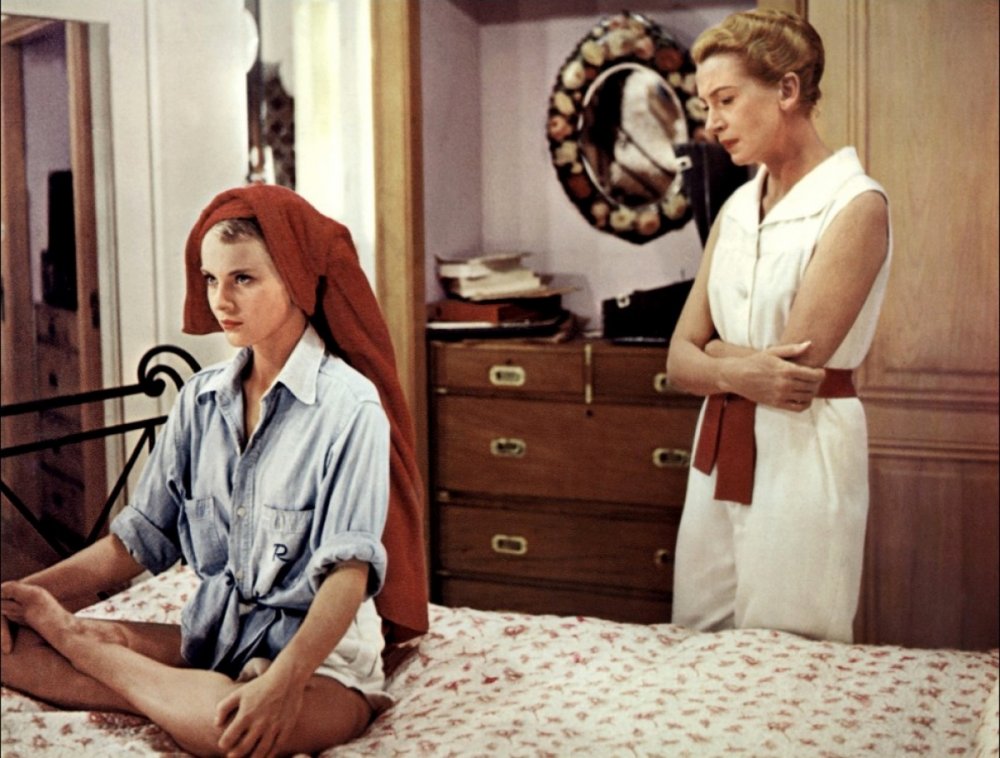 I have a soft spot for this film, and for Françoise Sagan, Deborah Kerr and David Niven. I adore films that speak about the boredom of the haute bourgeoisie. Even if Tristesse is something more than that. 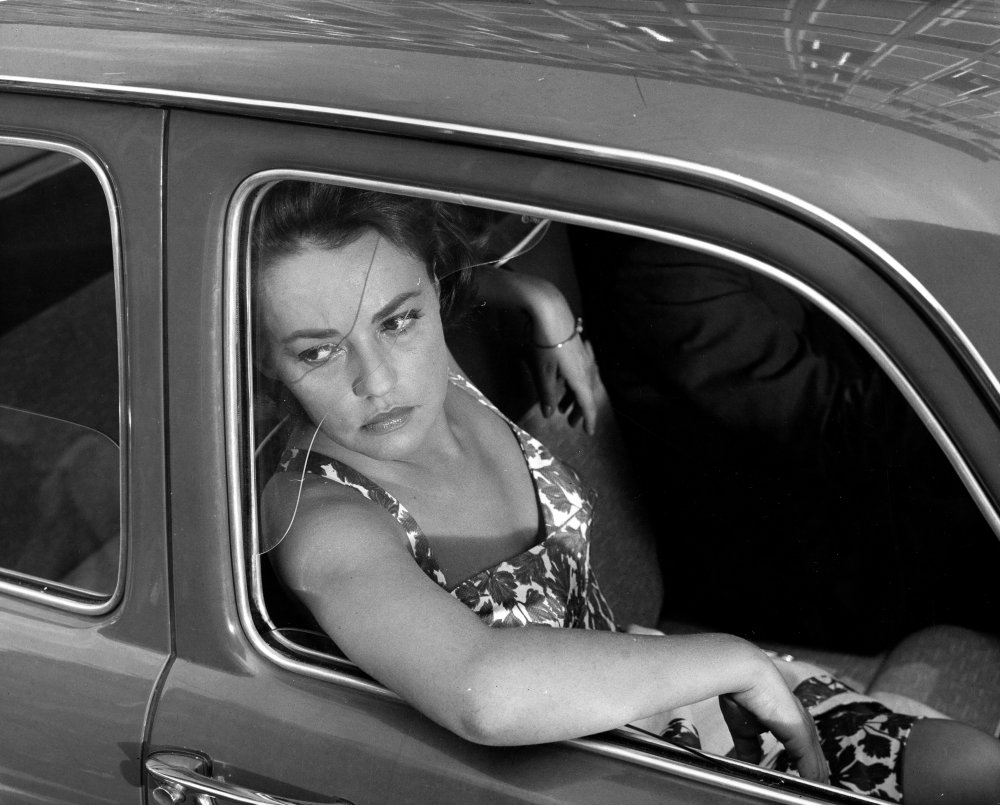 More existential tedium, this time in Milan’s high society, with a glorious trio, Jeanne Moreau, Monica Vitti and Marcello Mastroianni. Jeanne Moreau’s final monologue is amongst the most beautiful and saddest endings I can recall.

I also adore films that look at rural life. In Spain we have two masterpieces on this subject: Miguel Picazo’s Aunt Tula and J.A. Bardem’s Main Street, both highly recommended and essential (well, we have many more besides). In Spain, when we speak about rural life, we tend to pay more attention to female loneliness; the two films I recommend look at the lives of two spinsters respectively.

However, I Vitelloni explores the loneliness and tedium of bachelors, male characters aged 30 or more, big boys with no future, who distract from their solitude in the city’s cafés or going around causing trouble, as in Main Street. Another of Fellini’s main works, with an unforgettable Alberto Sordi.

☞ The many faces of Federico Fellini – part one: the neorealist
☞ See who voted for I Vitelloni in our Greatest Films of All Time poll

François Truffaut, France/Portugal 1964, with Françoise Dorléac in all her splendour 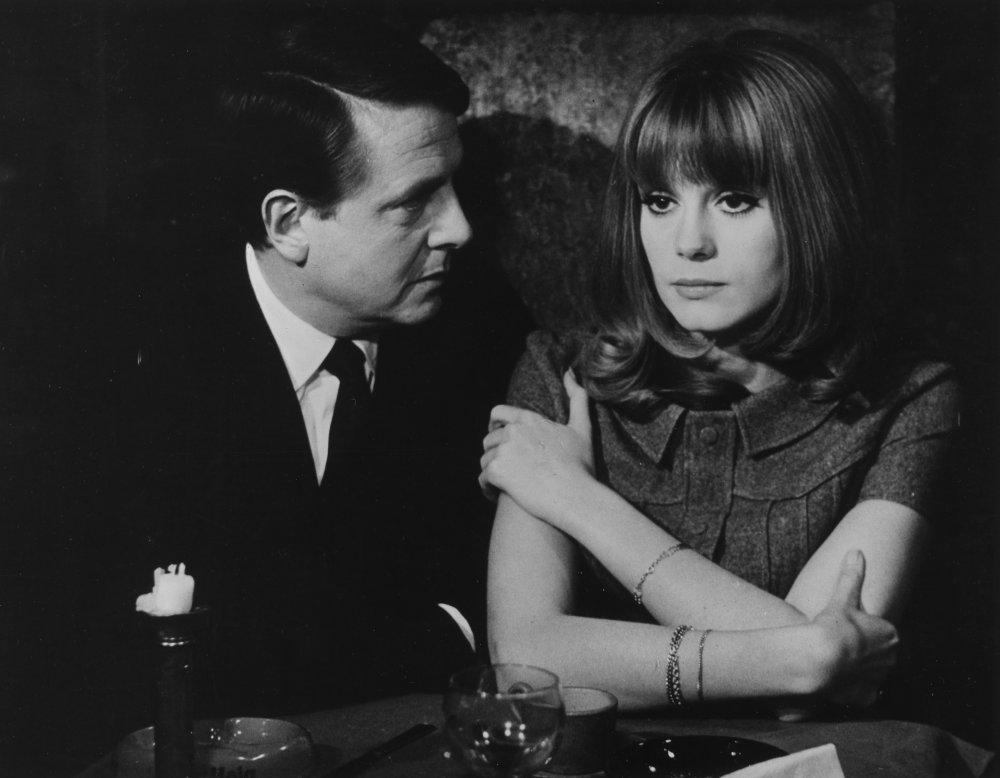 One of my favourite Truffauts. 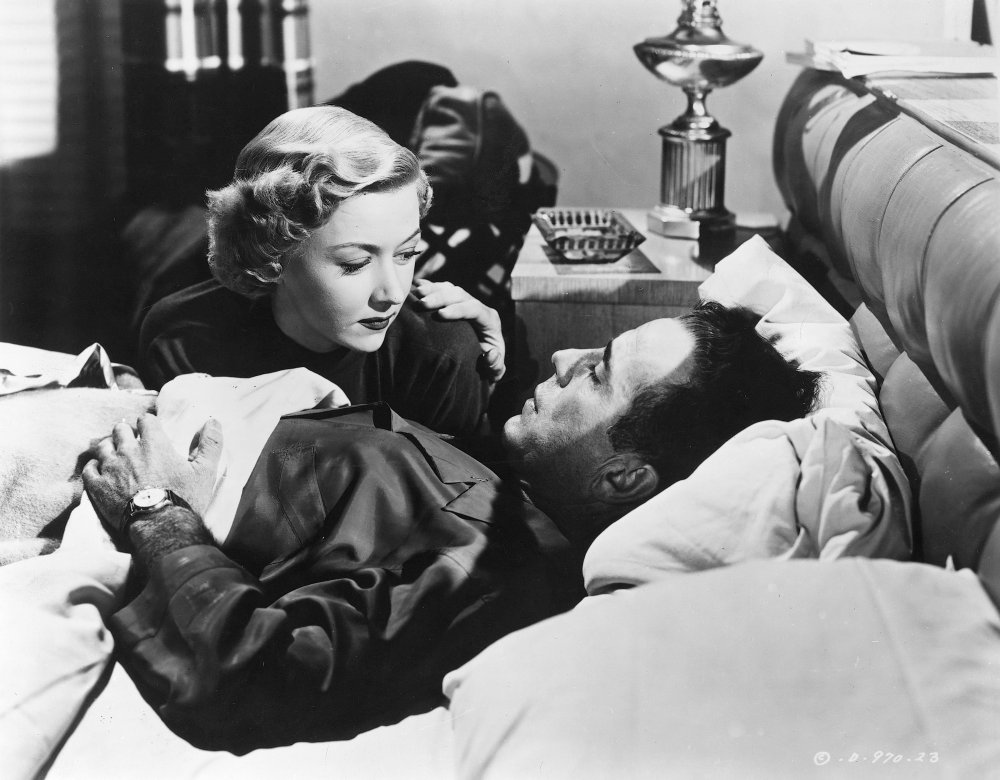 An extraordinary noir about a truly violent character (Bogart). The film’s MacGuffin is the search for a killer (they all suspect Bogart) but what’s really important, and interesting, is Bogart-Gloria Grahame’s life as a couple, and his bad temper. The film tells the story of a violent but innocent man from a very original perspective. The tenderness of those who are violent. Everything in Nic Ray’s film is very original.

We say goodbye to an Easter Week of empty streets, and await a huge number of festivities, probably with deserted streets too. I can’t get used to it.

See our greatest films of all time poll