One night in Paris: a visit to the set of Gabe Klinger’s Porto, Mon Amour (working title)

I’m late and it irks me. I’ve Eurostarred to Paris on an early train but got stuck in a winding taxi queue. I get out of the cab opposite the address on the rue Lèon Frot, blinking in the sudden spring sunshine while fumbling with my phone to call Nicolas R de la Mothe, one the producers of Porto, Mon Amour [working title!] and trying not to be intimidated by the fact that there’s an armed guard – a real military man with an automatic rifle – outside where I want to be. A face I assume is Nicolas emerges and a hand beckons me in. I nod to the guard as I drag my wheelie suitcase round behind him. He ignores me.

What Nicolas looks like – a surprise – is a French producer, by which I mean that he looks scholarly, pale and somewhat harassed, not unlike Louis Do de Lencquesang playing the role of Grégoire Canvel in Mia Hansen-Løve’s The Father of My Children, except that he’s thinner in the face and, as far as I can tell, not suicidal.

Immediately and gently, as we climb the old apartment block’s stairs, he breaks the bad news: I’ve missed the shot which director Gabe Klinger wanted me to be in as a bystander. I tell Nicolas I’d guessed as much because I had the call sheet and the shot was timed for an hour ago. I am prepared, instead, to do the real on-set job of being observant but invisible; pleasant, unobtrusive and occasionally helpful, so I have to shake my irritation at being late.

Gabe Klinger is a friend. The Brazilian-born, Chicago-raised cinephile has written a few things for Sight & Sound, programmed some interestingly risky material at the Rotterdam Film Festival and, in recent years, he and I were part of a happy team coaching film-journalism students for the Edinburgh Film Festival.

When we were there in June 2013, he told me he had a rough cut of a documentary he’d made, Double Play: James Benning and Richard Linklater, in which the two great directors chew the fat about the verities of making films. One night, when we and the students were out drinking, I suggested we went to Gabe’s apartment to watch the rough cut. He was very willing and so were the students. By the time we were settled in the room however it was around midnight and, five minutes into the film, I fell sound asleep. Nobody woke me. I came to as the film was ending and saw that the students had loved it, but I was too embarrassed to do anything more than mumble apologies and slope off to my own room. 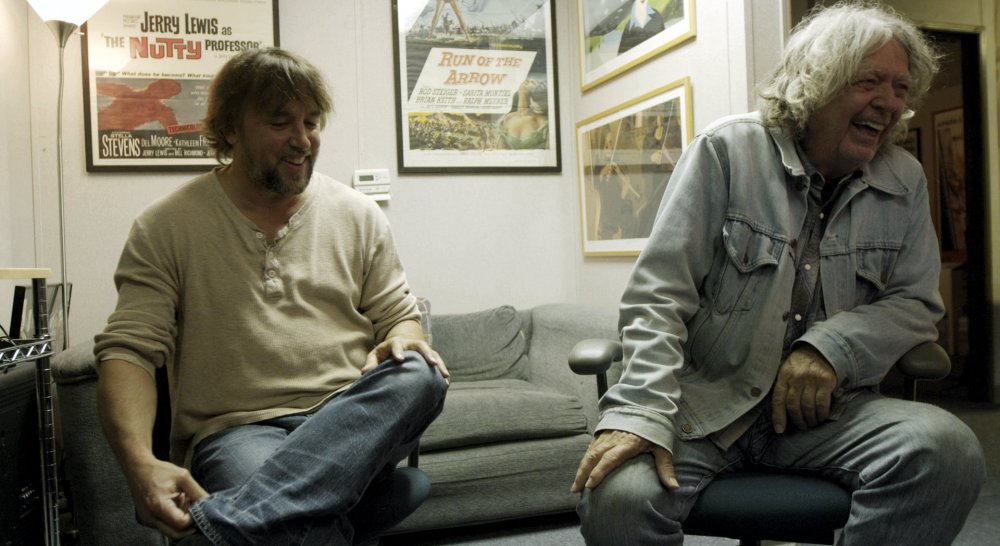 Fast forward from June to August at the Venice Film Festival, where Gabe’s documentary, now complete, was selected for the Venice Classics section. You have to understand the psychology here. In Edinburgh, my attitude had been simple – “Oh, Gabe’s made a film about two filmmaking mentors. That’s great.” I had no expectation either way as to its quality and my missing the chance to see it only made that position safer. But Venice selecting it meant that I did have to see it and have a real opinion about it – always a risk with a film by someone you know. Fortunately the film is really absorbing and enjoyable. You don’t have to take my word for it: it won the Venezia Classici award for Best Documentary on Cinema that year.

Skip ahead again to November 2014 in Lisbon where I saw Gabe at the DocLisboa festival. As we ate ice cream while looking down over the city towards the Tagus from the Edward VII park, he told me he already had his first fiction film financed – with no less a figure than Jim Jarmusch as his executive producer and Anton Yelchin (Star Trek, Only Lovers Left Alive) as his lead male – and was planning to shoot early in 2015, mostly in Porto, northern Portugal, but with a few scenes in Paris.

Champing down on my mild envy, I asked him to describe it to me. The film, he told me, centres on a life-changing one-night encounter in Porto between Jake (Yelchin), a young American expatriate, and Mati (Lucas), a slightly older French woman, and takes three approaches to that experience. It begins with a three-minute section shot in Super 8 which maps out the entire lives, birth to death, of the two characters, then continues with a 30-minute section shot in 16mm covering 15 years of their parallel and intersecting lives. The remaining hour, shot in 35mm ’Scope, focuses on that one passion-filled night. 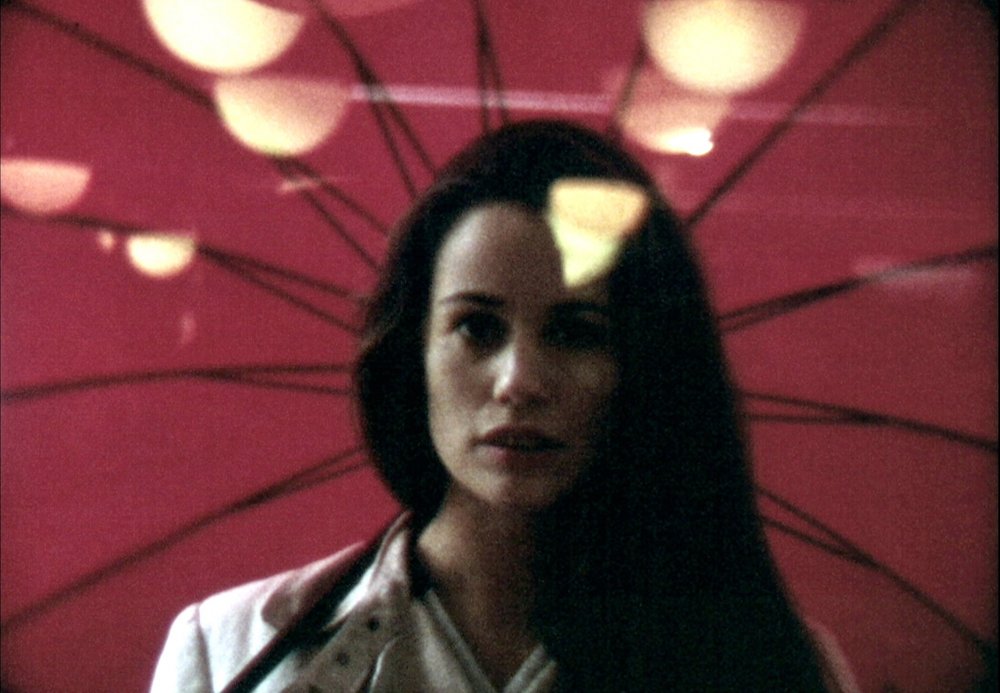 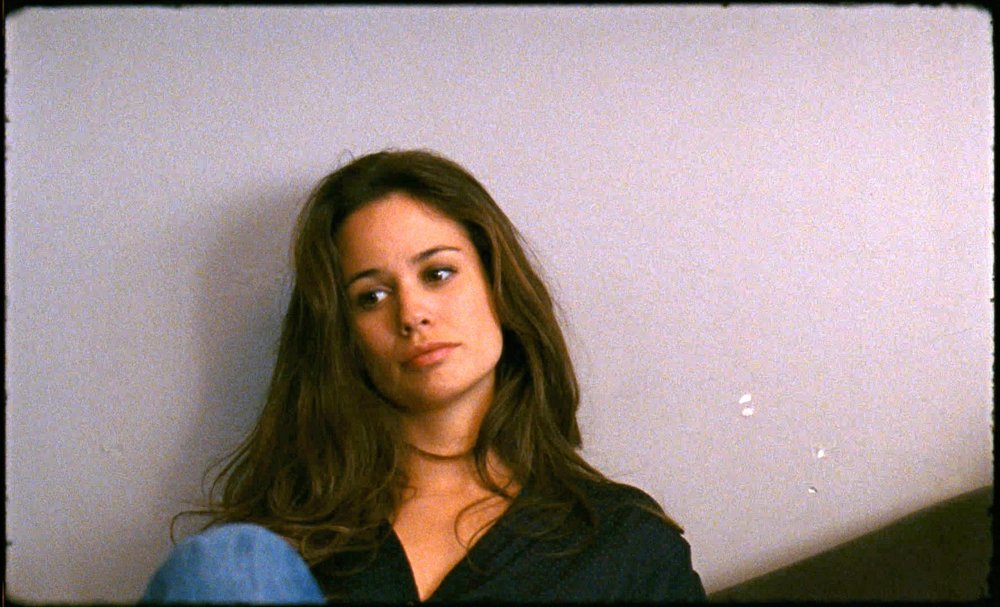 Given so intriguing and ambitious a set-up, when Gabe invited me to the set in Paris I couldn’t resist – after all, here was a chance to observe a multilingual film crew and cast in action, and in any case I owed him one for the sleeping incident.

I find him on the apartment’s upper floor, pacing out a scene like a proper director. Having shot the bulk of his film in Porto, he’s on his second Paris set-up of the day, with two more here to come and a further four or five in another apartment scheduled for the evening. The place is a charming jumble of thrift-store treasures and kitsch mementos, most of which are not in the current shot being set up, in which Mati arrives at her mother’s apartment.

Gabe introduces me to the permanently distracted cinematographer Wyatt Garfield, whose sole interest is, as it should be, the way the light is changing in the room on this brilliant day. I’m then taken downstairs to meet the actors. Françoise Lebrun (La maman et la putain, India Song, The Diving Bell and the Butterfly et al), who plays the mother, is all pre-shot bonhomie; young lead actress Lucie Lucas (best known for her central role in the French TV series Clem), who plays Mati, leans back in the makeup chair and beams a stunning smile. Immediately you can tell it’s a relatively happy set.

The best place from which to experience the rehearsals for this first shot turns out to be the kitchen, where all the lunch food, which i’m encouraged to take my fill of – parma ham, great cheeses, grapes etc – is laid out. It’s irresistible, so eventually I flee, stomach full, out of eyeshot of the actors to the other side of a screen for a first couple of takes then slip downstairs to the monitor to watch the crucial ones. Mati’s mother is a stoical alcoholic, the tension between them immediate when Mati’s let into the apartment. The mother offers wine; the daughter wants coffee, but agrees. I don’t know how the camera will register the orange glow from the near-empty fridge when Lucy as Mati opens it, but it looks great on the monitor.

I should say here that all the dialogue scenes I’m watching are in French and mine isn’t exactly impeccable; nor is Gabe’s, or so Sonia Buchman, the film’s other French producer, tells me, but in any case I’d read the scenes on the train that morning so am able to follow most of what’s going on. Gabe, of course, has the advantage of having originally co-written the script in English (with veteran screenwriter Larry Gross). Sonia’s main role seems to be acting as Gabe’s French ears, picking up on intonations that a non-French speaker might not. This sort of triangular flow of creative commentary (actor, director, producer) can create diplomatic difficulties but for me it’s the perfect condition under which to observe a first-time fiction director in action. 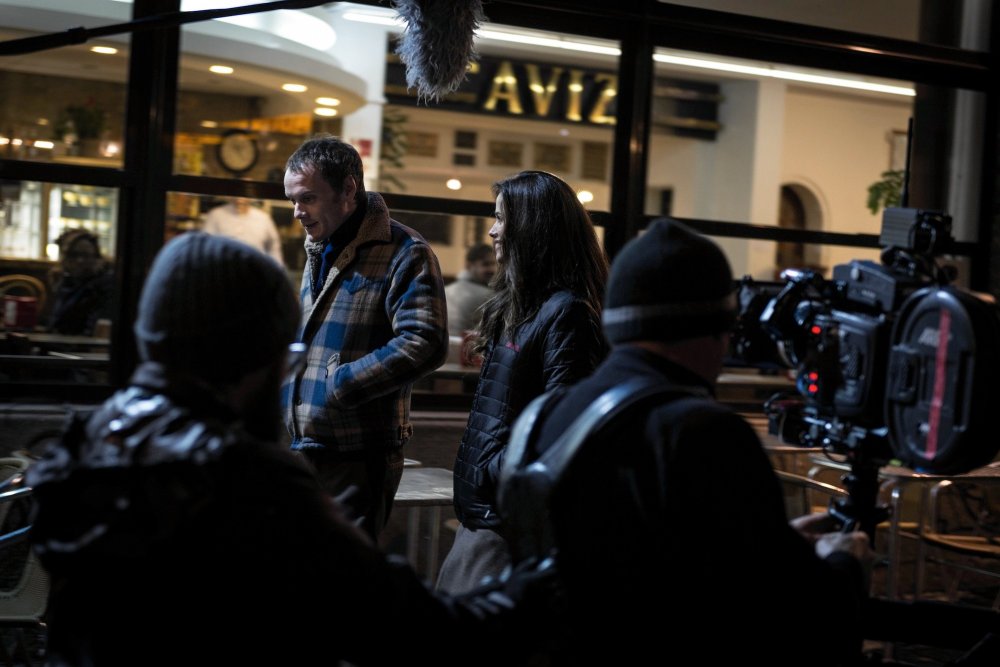 What’s obvious is that Gabe is a born on-set diplomat, managing these potentially tricky situations with just the right amount of gentle cajoling and firmness. Lucas confirms this when I ask how Gabe is handling the French scenes. “He’s really good. He stays calm,” she says. The only time he ever seems a little fierce is when he speaks Portuguese to his compatriot, assistant editor/script supervisor Jade de Brito Lopes, but that may just be my poor ear for intonation in that language.

It gets to late afternoon, with the light changing fast, before those apartment scenes are done. Since they’re the last of the film for Lebrun, whose performances all day have seemed to me spirited and metronomically precise, we give her the traditional last-shot round of applause, and head for the second location. As we leave the building, Gabe explains that the armed guard isn’t there to protect the shoot. It’s a coincidence – a staff member of Charlie Hebdo happens to live there.

Buchman’s residence – a calmer, more spacious, book-lined apartment – is the setting for the day’s final scene. Alice (Aude Pepin), one of Mati’s old friends, has invited her for for dinner with Blanca (Florie Auclerc Vialens), another, and they talk about Mati’s bohemian love life, about her having the pick of whoever she wanted. The scene, as I quickly learn, is a fast-paced ensemble interchange of sharp wit and swiftly-shading emotions, but it’s broken up into wides, two-shots and closeups, so I see it played out upwards of 40 times. In situations like this, my admiration for actors reaches its height. There is barely a moment in all those takes that flags. Gabe is always fine-tuning and tweaking the way certain lines come through, at one point asking the raucous Pepin to be more cartoon-like in her noises, explaining that he loves cartoons.

During one change of set-up, Gabe confesses that he doesn’t much like the title Porto, Mon Amour, so we can expect that to change. As we pass the midnight threshold he sets about livening up his actors by getting out his Super 8 camera and encouraging them to make stupid faces for the blooper reel. When the shoot finally ends, everyone is wired and buzzy – except sleepy me, exhausted just from looking – and the beers appear and I realise how quickly Gabe Klinger seems to have got the hang of this actor-directing business.

Related to One night in Paris: a visit to the set of Gabe Klinger’s Porto, Mon Amour (working title)