Stanley Cavell obituary: the philosopher who met the world by movie light

A helpless film lover by nurture and nature, Cavell not only embraced his calling but persuaded the world of it, opening up academia to Hollywood and exploring what it means for us all to share the same pictures in our heads. 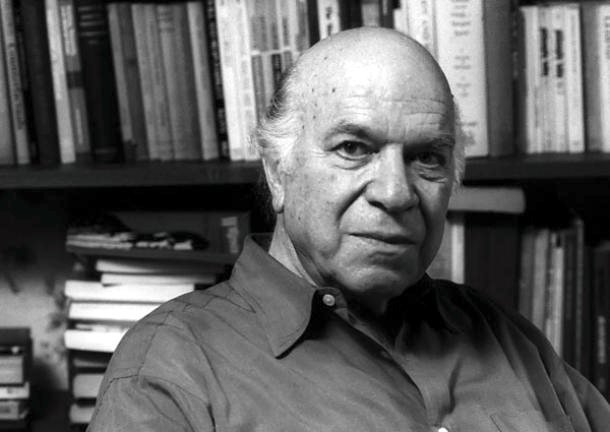 “Movies are strand over strand with memories of my life.” So Stanley Cavell tells us in the opening line of his first book on film, The World Viewed: Reflections on the Ontology of Film.

He was born Stanley Goldstein in Atlanta, Georgia, in 1926, the only son of two immigrants, and his fascination with film started early. His family would go to the films “quite religiously”, an activity that afforded a small amount of consistency amidst a peripatetic childhood spent between Atlanta and Oakland, California. By his own admission a precocious child, Cavell was “helplessly lonely” as an adolescent, the only respite coming from cinema and music, and sometimes the two together, as when he would visit the cinema with his bandmate Bob Thompson: “looking forward as much to the conversation afterward as to the film”.

School was particularly painful: the young Stanley’s clothes were never quite right; he failed to understand the jokes being made at his expense. One of the few positive experiences he recounts comes courtesy of a young English teacher who gave the class as a writing assignment the reviewing of a film: Hold Back the Dawn starring Charles Boyer and Olivia de Havilland. The teacher’s praise for Cavell’s work seems to have had a lasting effect, informing his imagination “of the permanent effects an act of acknowledgement may have”, as well as instilling a passion for writing about film.

He was only 16 when he headed off to Berkeley in 1943 to take his B.A. in Music, shortly after taking the decision to change his name to Cavell, an anglicisation of his family’s original Russian name, Kavelieruskii (changed at Ellis Island). Cavell graduated in 1947. But when he moved to New York to study composition at Juilliard the following year, he felt too old to begin a career as a composer. Unmoved by his classes and sensing that music was not lost to him but would no longer be his career, he started “playing hooky” by going to at least two films a day, a practice that would prove formative.

In 1948 he returned to California to enrol as a student at UCLA, first in psychology, then in philosophy, and then moved to Harvard to write his PhD thesis. It was while wrestling with this thesis (finally submitted in 1961) that Cavell, at the end of his tether one night, saw Bergman’s Smiles of a Summer Night and hurried home to dash off an essay describing its effect upon him. Around this time he began, once more, to visit the cinema, watching films regularly again: now some Godard, Fellini, Resnais, Antonioni. Upon his appointment at Harvard, Cavell was assigned a general philosophy course to teach, Ideas of Man and the World in Western Thought. Determined to drag the course into the twentieth century, and determined not to let the twentieth century be represented by works of philosophy that lacked ‘influence’ or ‘value’, Cavell opted to include film on this course, for the first time in its history.

Cavell published his first book, Must We Mean What We Say?, in 1968, and two years later The World Viewed came out. Over the course of his career Cavell would write three more books on films: Pursuits of Happiness: The Hollywood Comedy of Remarriage (1981), Contesting Tears: The Hollywood Melodrama of the Unknown Woman (1996) and Cities of Words: Pedagogical Letters on a Register of the Moral Life (2005), a book that weaves philosophy and philosophical accounts of literature with studies of films to provide a moral articulation of a democratic society.

He also wrote essays on television and video and on specific films, many of which are gathered together in a collection edited by his former student William Rothman, Cavell on Film (2005). While these works do not form a strict and unified system, there are deep connections between them, not least of which is the assumption that Hollywood film – so long the subject of condescension from critics and scholars – is, at its best, a rich, thought-provoking art form: the quintessential art form of the modern age, one that can reveal a peculiarly American way of seeing the world.

For a long time, Cavell’s work on film, seen as an idiosyncrasy amongst his philosophical colleagues, met with outright hostility amongst some scholars in film studies. Still, he persisted in writing for “friends and strangers”, in doing what Ralph Waldo Emerson, a key philosophical touchstone for Cavell, refers to as “standing for humanity”. And today he is considered to be one of America’s foremost philosophers, as well as a significant figure in Cultural Studies and American Studies. He has written on psychoanalysis, the question of the animal, literature, opera, modern art. And of course, film. (In France, the country that famously birthed a generation of cinephiles enraptured of classic American cinema, his work has found a very warm reception indeed: perhaps Cavell was never really out of sync, but merely out of place.)

Over a vast body of publications spanning all of these subjects and others besides, Cavell argued that philosophy is innately bound up with our daily lives, including – especially – the movies which are part of those lives. To his mind, the films that we care about call upon us to look, to listen, to respond. In return, they promise us “not the overcoming of our isolation, but the sharing of that isolation – not to save the world out of love, but to save love for the world, until it is responsive again.”