The Milltown colleen who became Hollywood’s reddest of the red. 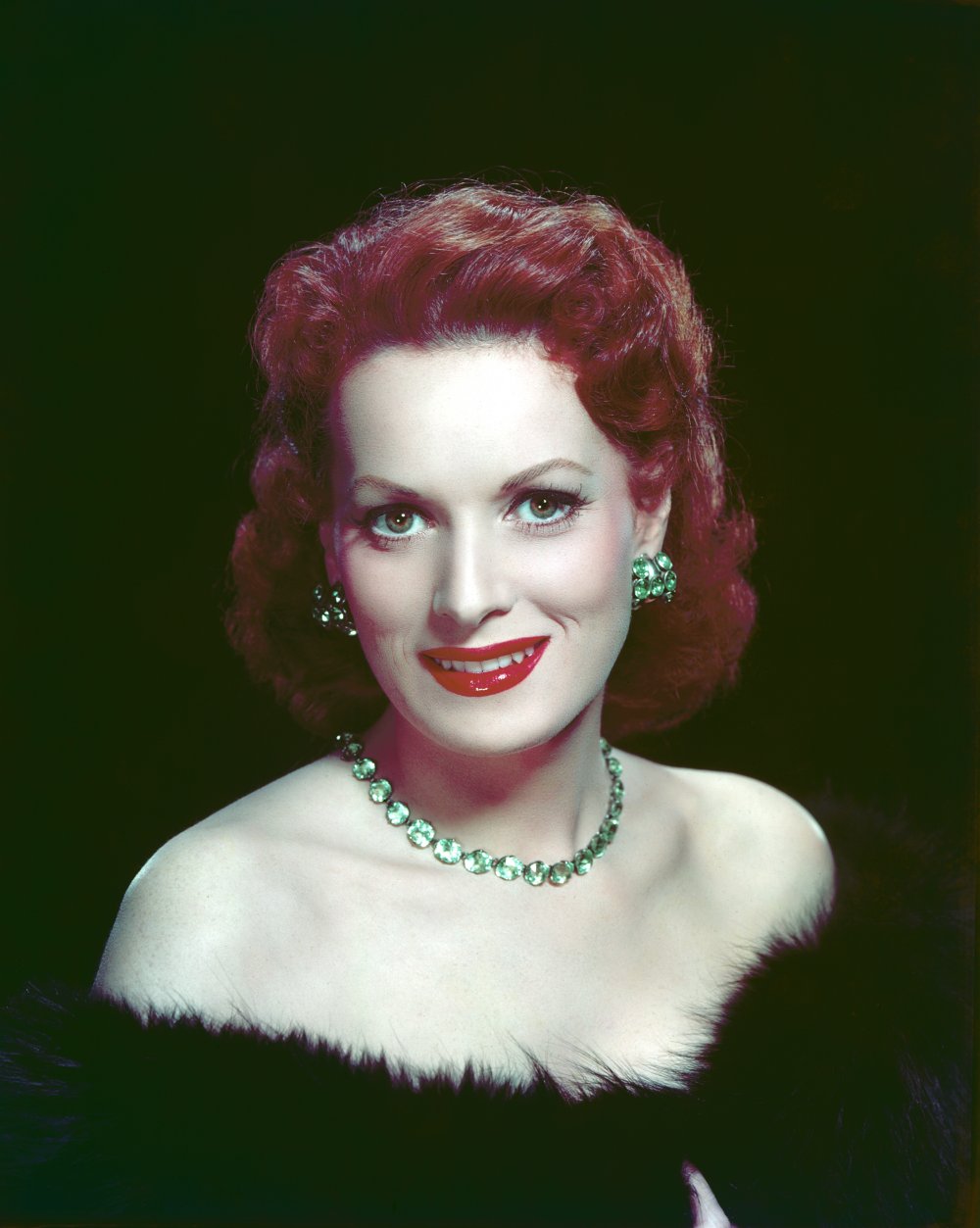 If Saoirse Ronan’s striking performance in the upcoming release Brooklyn as the Irish country lass coming of age far away from home serves to highlight the traditional colleen as something of a dying breed on screen these days, the passing of Maureen O’Hara at the age of 95 suggests that cinema has now lost its most iconic exemplar of copper-haired, green-eyed, determined and smart Irish feminine resilience.

In some ways the very notion of ‘the colleen’ belongs with that repository of theatrical Oirishry already jam-packed with leprechauns, shillelagh sticks, shamrocks, Barry Fitzgerald and the Blarney Stone, yet in John Ford’s 1952 The Quiet Man, undoubtedly her signature performance, O’Hara turned the cliché into spirit and sinew, flinging a fist at her would-be suitor John Wayne requiring the co-star’s quickest defensive reflexes. 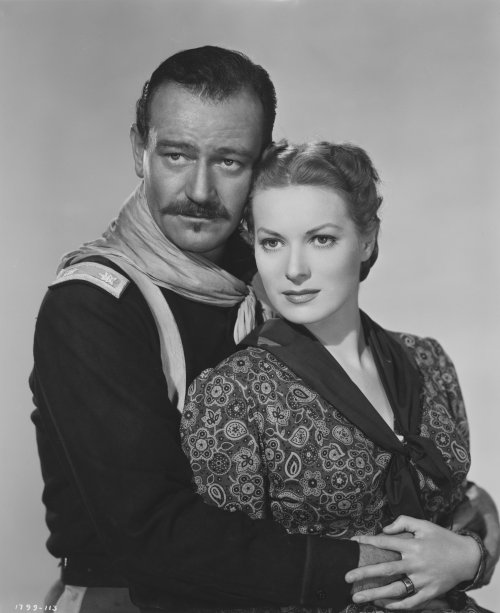 They made five films together, and achieved a sort of chemistry which wasn’t always apparent with the Duke’s other leading ladies, largely predicated on the notion that O’Hara wasn’t going to take any nonsense and wasn’t afraid to dish it out either. It’s no coincidence that in Ford’s previous cavalry saga Rio Grande – made at the behest of Republic studio boss Herbert Yates as a banker against the money he was sure he’d subsequently lose on The Quiet Man’s Irish whimsy – O’Hara was cast as the wife bearing a 15-year grudge against Wayne’s up-against-it Lieutenant Colonel. This was the woman, after all, who stood up to director Ford’s characteristic on-set cruelties, aware that his deplorable behaviour sprang from an unrequited romantic obsession with her, and made a point of not responding when he clocked her square on the jaw at a party, ready, as she later told interviewers, to show him that she could take a punch.

Her initial appearance in The Quiet Man, seen first by Wayne as she moves through the trees in the semi-distance, then looking up towards her in mid-shot, draws out the astonishing contrast between her vibrant copper tresses, milky complexion and the surrounding greenery. Wayne feels compelled to ask, “Is she real?”, and it is indeed as if Technicolor somehow conjured her up to show their film stock’s capacity for high-contrast, colour saturation and a heightened version of reality. 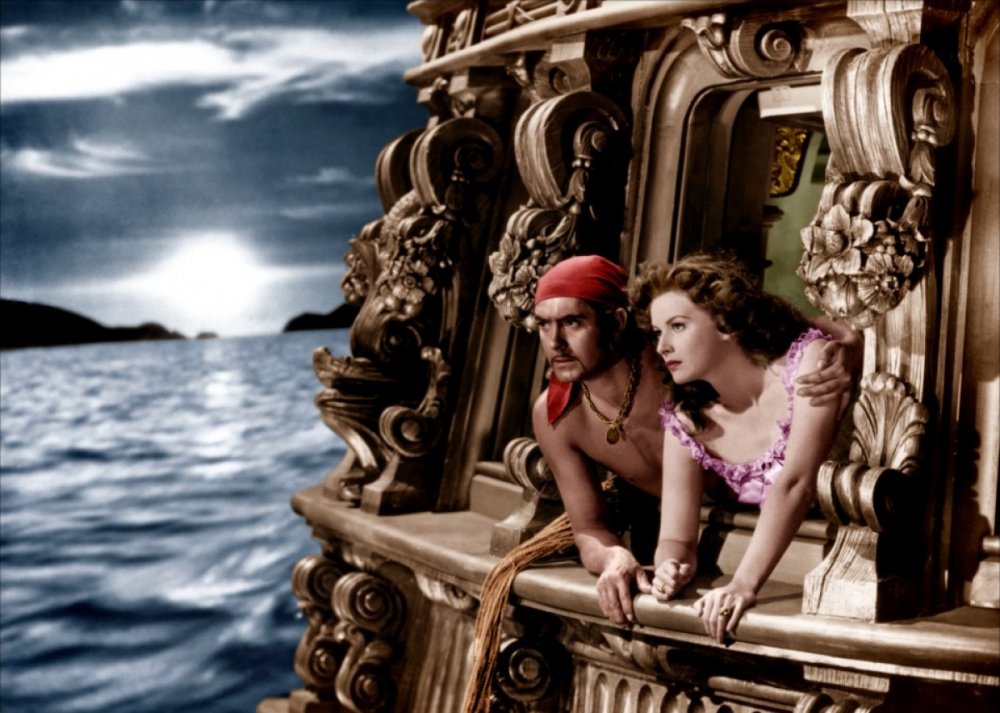 At that time, Hollywood tended to reserve the extra expense of colour for costumed romps where it could be shown off to best advantage, and O’Hara duly turned out for a host of pirate flicks and Arabian Nights-style frippery, where she could be relied on to put up stern resistance to the villain but no so stern that it wouldn’t preclude rescue by the dashing hero. Opposite Tyrone Power in 1942’s swashbuckler The Black Swan was probably the most respectable of sundry time-passers, doubtless not what the Dublin-born hopeful who’d excelled at the Abbey and Guildhall drama schools had hoped for when she crossed the Atlantic. Her Elstree screen test at age 18 was, by all accounts, a disaster, yet Charles Laughton and his producer Erich Pommer saw enough in it to cast her as the naïve young interloper in Hitchcock’s last British film of the 30s, Jamaica Inn, where she acquitted herself creditably enough to travel to Hollywood with Laughton as Esmerelda to his definitive Hunchback of Notre Dame for William Dieterle in 1939. 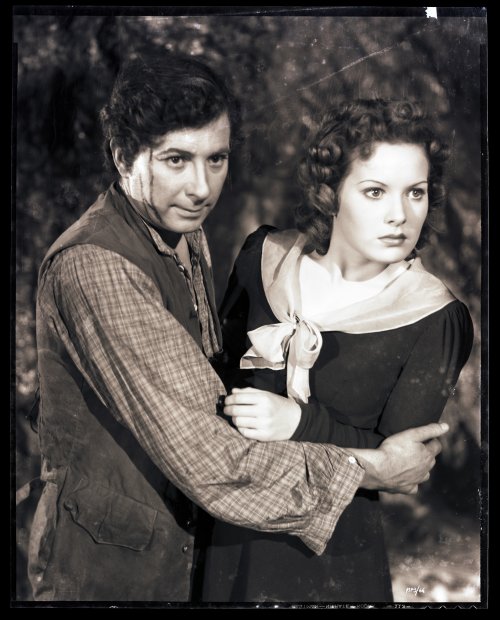 Ford, though, provided the best of her early parts in 1941’s How Green Was My Valley, where she (like much of the rest of the cast) wasn’t particularly bothered about sounding terribly Welsh but provided a degree of emotional delicacy as the daughter troubled by her unruly affections for the mining community’s dedicated clergyman Walter Pidgeon. Six years later she was a sceptical mum unconvinced by the notion that Edmund Gwenn’s department store Santa might actually be the real thing in Miracle on 34th Street, unwittingly making herself an enduring presence in US TV’s seasonal schedules for decades to come.

Notwithstanding 2014’s honorary Academy Award (following in Myrna Loy’s footsteps as the second recipient who’d never previously been Oscar-nominated), it would be hard to suggest that she had the range or flexibility of a great screen actress, but she was distinctive and she did enough to hold her own. Worth remembering, after all, that the dramatic pivot of The Quiet Man is her insistence on receiving the dowry money that’s been handed down through generations, which she does with enough determination to force Messrs Wayne and Victor McLaglen into the roistering final-reel punch-up.

Memorable as she was in that context, it didn’t seem to do much for her career, which was all but fading away by the mid-60s after crossing paths with Hayley Mills and Hayley Mills in the twin-trickery of Disney’s The Parent Trap. By then, she’d pretty much closed down Los Angeles’ notorious scandal-sheet Confidential by winning punitive damages after they printed a story claiming she’d been caught during a steamy encounter with a Latino male in row 35 of Grauman’s Chinese Theatre. Her passport stamp showed she was out of the country at the time, so the mag had to pay, but her 2005 autobiography ’Tis Herself confirmed a 14-year relationship with Mexican politician and banker Enrique Parra which brought her some emotional respite from two previous bad marriages. 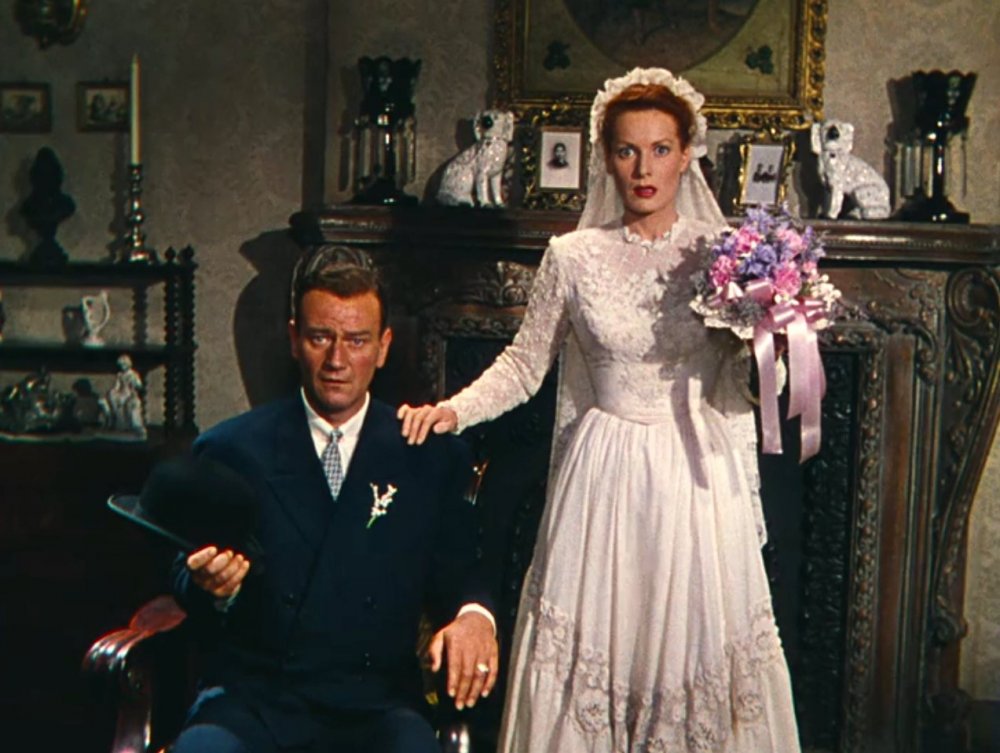 Husband number three, USAF flying ace and former chief Pan Am pilot Charles F. Blair Jr, by her account, brought her the happiest years of her life, running their own airline Antilles Air Boats in the US Virgin Islands, though there was to be another screen hurrah when John Hughes brought her back to Hollywood for 1991’s Only the Lonely, in a specially-written role as shy singleton John Candy’s loving yet overbearing Irish mother. So, the wilful firebrand of younger days became in the end a slightly terrifying matriarch, but it’s clearly the earlier image of the flighty, emerald-eyed colleen striding across the Irish countryside which lays greatest claim to our memories.