The modern face of post-war Japanese cinema, renowned as both the samurai’s wife of Rashomon and ghostly seducer of Ugetsu Monogatari, Kyo was one of the most prolific and versatile stars of her generation. 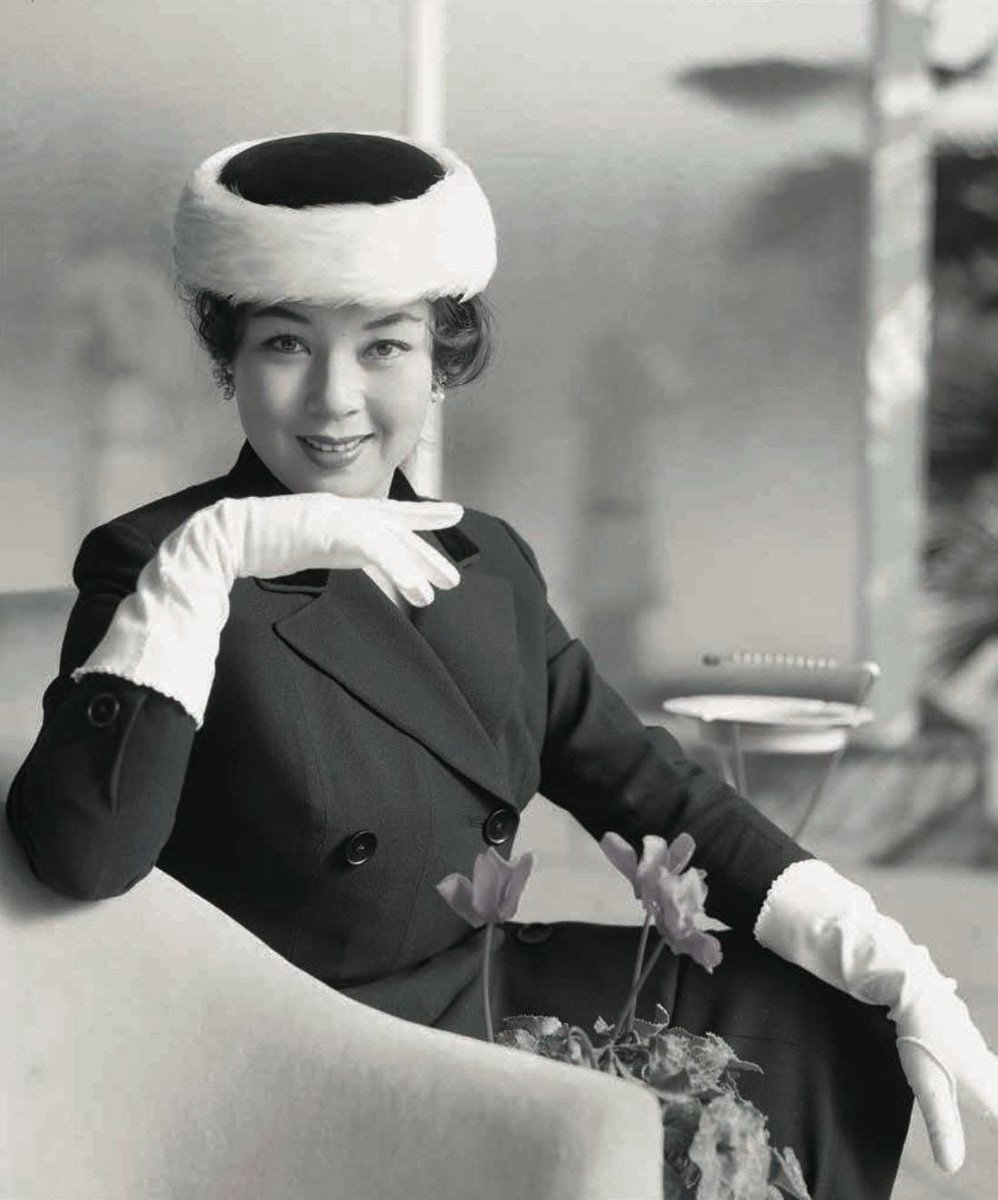 Kyo Machiko, who has died aged 95, was arguably the last surviving great star of the Japanese cinema’s second Golden Age in the 1950s. To Western audiences, she is indelibly associated with the role that brought both her and Japanese film itself to their attention: the ambiguous samurai’s wife in Kurosawa Akira’s Rashomon (1950). 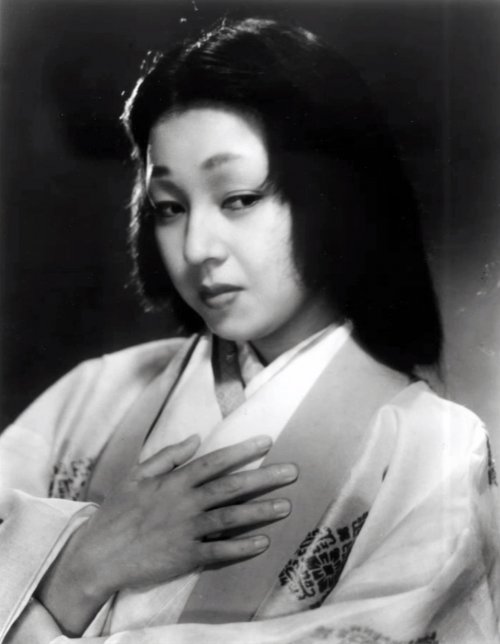 During the 1950s, those audiences also admired her in several films by Mizoguchi Kenji, most notably Ugetsu Monogatari (1953), and in Kinugasa Teinosuke’s Gate of Hell (Jigokumon, 1953), the first Japanese film in colour to be screened abroad. Her celebrity in the West even led to an appearance opposite Marlon Brando in The Teahouse of the August Moon (1956) – her only role in Hollywood. Rashomon and Ugetsu remain canonical classics of world cinema. But in Japan, Kyo is more broadly celebrated for a prolific career which encompassed nearly one hundred films, as well as work in television and theatre.

She was born in 1924 in Osaka, an only child; her birth name was Yano Motoko. Her father left the family when she was five, and she was brought up by her mother and grandmother. By 1936, she was working as a revue dancer in the all-female Osaka Shochiku Kagekidan, where she adopted her stage name.

She made a couple of minor film appearances, too, for Shochiku during the war (including for Mizoguchi, in the now lost Three Generations of Danjuro [1944]), before beginning her film career in earnest at Daiei in 1949. There she quickly achieved notice for her glamour and for a demeanour both tough and alluring, in which she contrasted with the gentler personae of established Japanese actresses. She was, as Jasper Sharp writes in his Historical Dictionary of Japanese Cinema, “one of the first Japanese actresses to be promoted along Hollywood lines, with a focus on her sex appeal as opposed to more traditional values”.

This persona was soon being exploited at Daiei, where she was to make the vast majority of her films. In the Tanizaki Junichiro adaptation A Fool’s Love (1949), she played a liberated, Westernised woman. 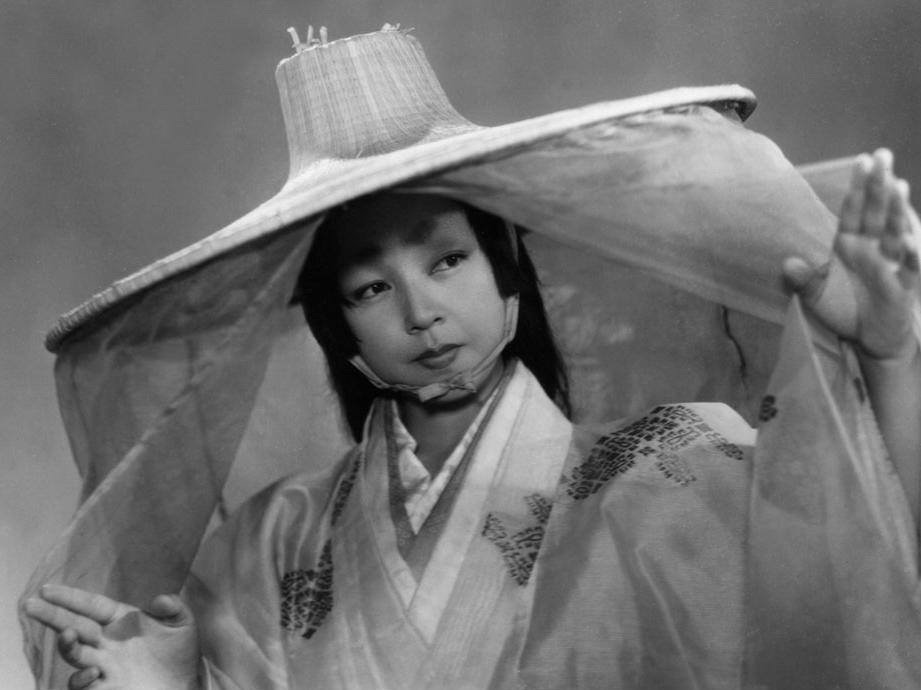 Rashomon, made the following year, was a showcase for her versatility as an actor. Playing the wife in the several contradictory retellings of the account of a samurai’s murder, she was able to create divergent characterisations as victim and femme fatale. In Ugetsu monogatari she again played a femme fatale, as the ghostly woman who lures protagonist Genjuro away from his wife and his vocation. In Gate of Hell, by contrast, she played a virtuous and self-sacrificing wife.

These films still define her international reputation, but she acted under most of the leading Japanese directors of the era. She was to work again for Mizoguchi in the tragic title role of The Princess Yang Kwei Fei (1955), and in his last film, Street of Shame (1956), as a hardbitten prostitute in Tokyo’s red light district. 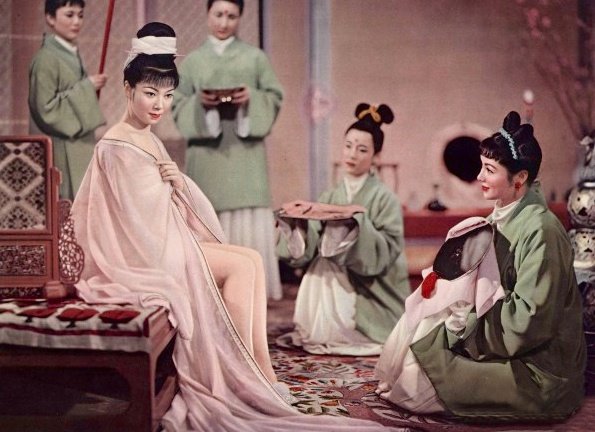 Kyo as the heroine of The Princess Yang Kwei Fei (Yokihi, 1955)

For Naruse Mikio, in Older Brother, Younger Sister (1953), she gave a powerful performance as Mon, a young woman from the country who becomes pregnant by a Tokyo student, to the outrage of her brother. For Ozu Yasujiro, in Floating Weeds (1959), she played the lead actress in a troupe of travelling players, who becomes jealous when her lover, the head of the troupe, re-establishes a connection with his former mistress and their son.

Among her finest films were several for Yoshimura Kozaburo, a director with an interest in strong, independent women. This was a character type to which Kyo’s assertive persona was well suited, and she was outstanding in Clothes of Deception (1951) as a Kyoto geisha made both resourceful and cynical by her profession. 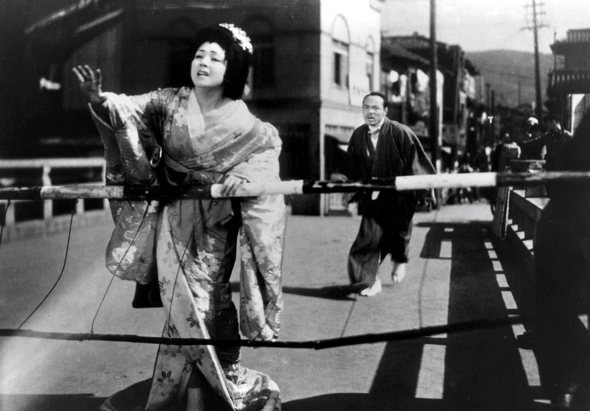 That same year, she appeared in period costume in Yoshimura’s adaptation of the masterpiece of medieval Japanese prose literature, The Tale of Genji (1951), a prestige project commissioned to celebrate Daiei’s tenth anniversary. She acted again for Yoshimura as a bar hostess in Night Butterflies (1957), and in The Naked Face of Night (1958), about classical Japanese dance, where she starred as the mentor to a younger dancer, ultimately rejected by her protégé (played by up-and-coming actor Wakao Ayako).

She was excellent too in Ichikawa Kon’s The Key aka Odd Obsession (1959), as the wife manoeuvred by her ageing husband into have an affair in the hope that jealousy will provoke him to renewed potency. This was another adaptation of a Tanizaki Junichiro novel, and in the same year she also appeared in Shima Koji’s version of the same author’s The Makioka Sisters. Another key role came in Toyoda Shiro’s Sweet Sweat (1964), where she played (in Donald Richie’s words) “an utterly commercial woman… ruled completely by economic expediency”. 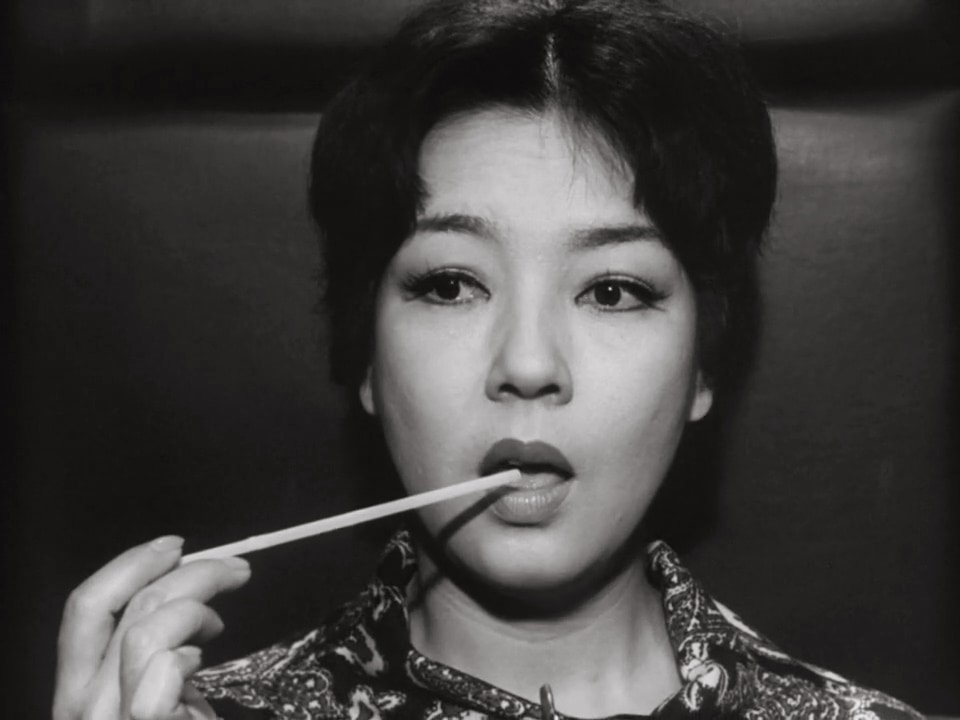 In the mid- to late-1960s she acted for such modernist filmmakers as Teshigahara Hiroshi (The Face of Another, 1966) and Masumura Yasuzo (A Thousand Cranes, 1969), while in 1975 she looked back to the earlier years of her film career as a participant in Shindo Kaneto’s documentary about Mizoguchi. Her last major film role, a year later, was in Tora-san’s Pure Love, the eighteenth instalment in Yamada Yoji’s perennial and popular Tora-san series, where she played the so-called ‘Madonna’, that episode’s love interest for Atsumi Kiyoshi’s long-suffering protagonist. She made only one further film appearance after this, in a cameo role in Ikehiro Kazuo’s Make-Up (1984), but remained active in television and on stage into old age.

She never married, though she was romantically linked with Daiei studio head Nagata Masaichi. In 2017, she was honoured with a prize for lifetime achievement at the Japan Academy Awards. 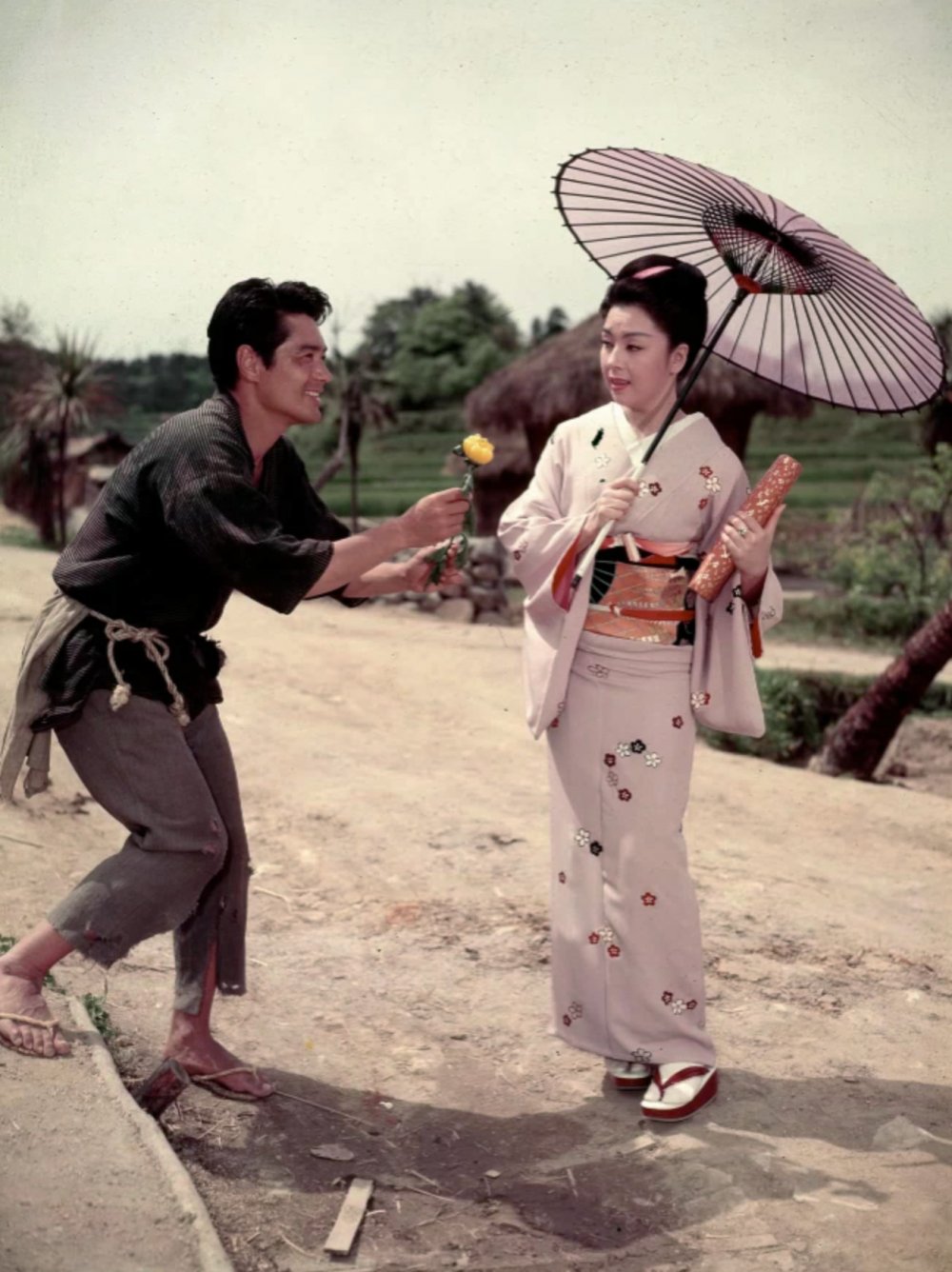